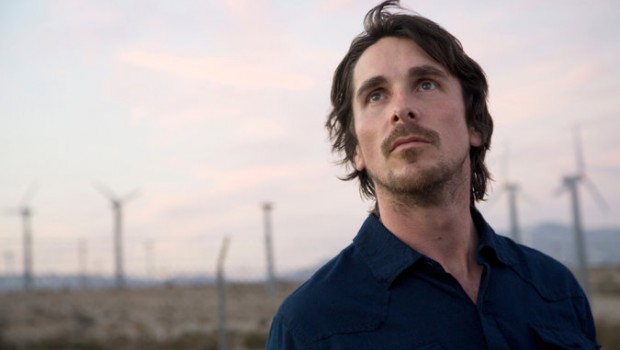 Summary: Knight of Cups is an ambitious but forgettable experimental film that would have benefited from a bit more direction and form being added to the brief.

Terrence Malick’s seventh film, “Knight of Cups” is a completely forgettable piece of hoity-toity arthouse shlock masquerading as a kind of intellectual narrative. The story gets its name from the tarot card that depicts a romantic adventurer guided by his emotions. And that’s really all it is. For a long two hours. 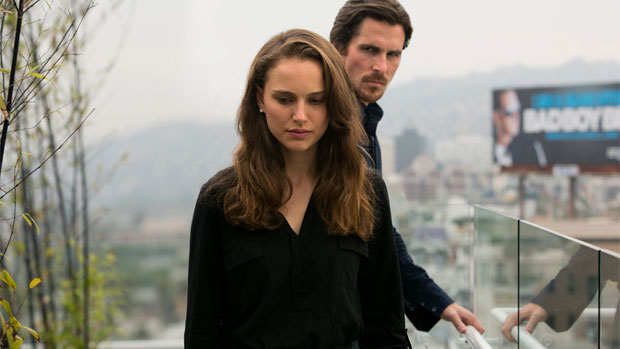 Christian Bale stars as Rick, a Hollywood screenwriter who is difficult to like. He is dissatisfied with life (don’t we all experience this at times but it doesn’t mean we need to watch hours of it) and plays things out through encounters with different women. The film is divided into separate chapters that are shown as almost separate vignettes and this only serves to keep the audience at arm’s length. It’s really hard to empathise with such a disagreeable lead character and his lovely ladies when you are barely scratching the surface.

The film itself looks beautiful with the cinematography by multiple Academy Award winner, Emmanuel Lubezki. But its use of monologues delivered in hushed tones and lots of voiceover narration that doesn’t add any kind of cohesive sense to the proceedings means the film doesn’t feel atmospheric and ethereal as the director intended it, it just feels tedious and over-bearing. The soundtrack by Hanan Townshend is almost exclusively orchestral music and this adds a flowery element to the story. But the film is ultimately too experimental for its own good because one man’s navel-gazing and prolonged existential crisis does not a good film make. 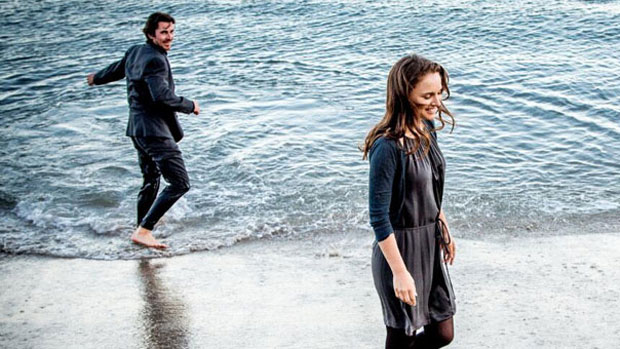 The “Knight of Cups” does have some famous stars making cameos. Cate Blanchett plays Rick’s ex-wife while Isabel Lucas is supposed to be an innocent but she just wanders around looking gorgeous. Natalie Portman plays a woman who has been wronged by Rick in the past. But these stories could have been expanded on. The film is really just aimless and vapid with lots of scenes of a picturesque L.A. set in mansions, beaches, resorts and clubs that look fine but it doesn’t have anything of note to say. This film is full of fragments that hint at drama but amount to little more than naught. The special features are also quite disappointing because they simply include a short and unenlightening behind-the-scenes featurette. 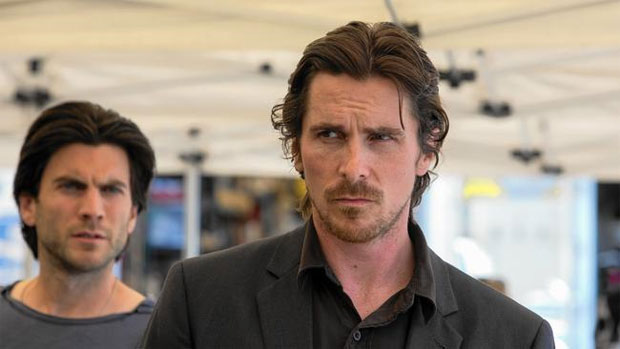 In all, “Knight of Cups” is an ambitious film about one man’s philosophising amidst his own personal crisis. It could have been an insightful and interesting tale but it is instead filled with hollow montages and monologue that fail to truly capture his internal struggle. In sum, this is one tedious experimental film that would have benefited from a bit more direction and form being added to the brief. 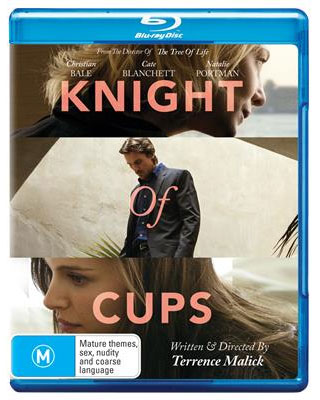