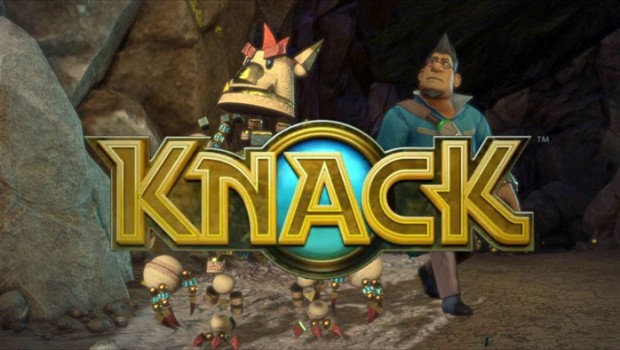 Summary: Knack is definitely a walk down memory lane and ironically the old school gaming mechanics used by Japan Studio work quite well on the PS4

When mankind is threatened by the Goblin race who have mysteriously received an upgrade of weapons technology, the government has brought together an odd assortment of characters that include a billionaire, an adventurer and a Doctor with a very unusual creature called Knack.

The good Doctor stumbled upon ancient relics in a cave during one of his explorations where many years later he unlocked the secret of these items which formed Knack. As a result, Knack has the ability to change his size with the collection of additional relics in this arcade platformer. 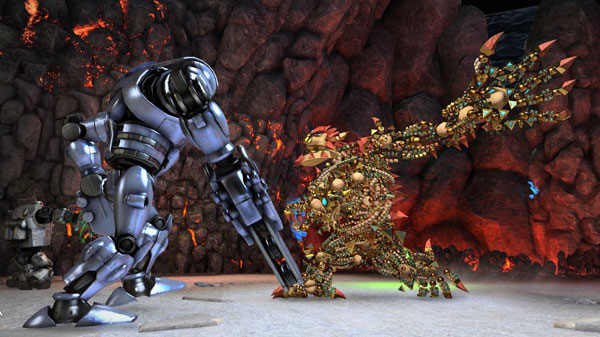 Knack is also directed by one of the key architects of the PlayStation 4, Mark Cerny who combines old school gaming mechanics with this next-gen console. At its core, Knack is very reminiscent of Crash Bandicoot due to Cerny’s work on that title and you can easily see the parallels while playing this game.

However before I jump into the gaming mechanics, Knack is a strange beast when it comes to gaming. Given that this title is a next-gen title, there’s really not much next-gen mechanics involved when it comes to the gameplay. It’s basically a one button attack and the traditional double jump which helps Knack reach places that are difficult to reach. 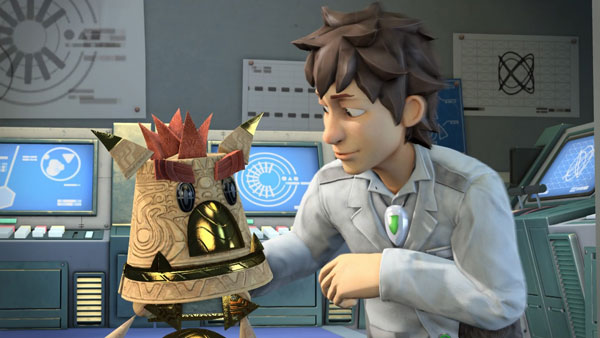 This is not to say that Knack is a bad game perse but rather it relies on tried and tested gaming mechanics like fixed camera angles and an endless amount of Goblin enemies, including bosses. Given the stylised graphics of the title which looks like a Saturday morning cartoon, I really wanted to be able to move the camera to explore this colourful world.

However with that said, the developers ensure that the fixed camera works and there were only a few times where this got a little annoying. This is more so when the camera completely flips and you have to change the direction in which you were pointing. 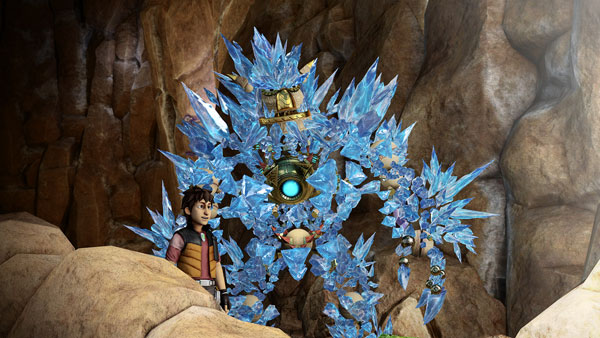 With that said, the characters and story of Knack is really very interesting, even though the game uses a variety of platforming clichés to help move the story along. The characters are very likeably, especially Knack with his changing voice and great dialogue. There’s also a few clichéd surprises along the way but it’s easy to see these from the start.

In terms of controls, they are well mapped on the new DualShock 4 Controller, with one analog stick used for movement and the other for dodging. There is one attack button and by collecting crystals, this allows Knack to access his special moves and powers such as a tornado of relics or a super smash that knocks all his enemies over. It is these special moves and powers that make Knack such an enjoyable game, especially seeing Knack look as glass for stealth or even ice. 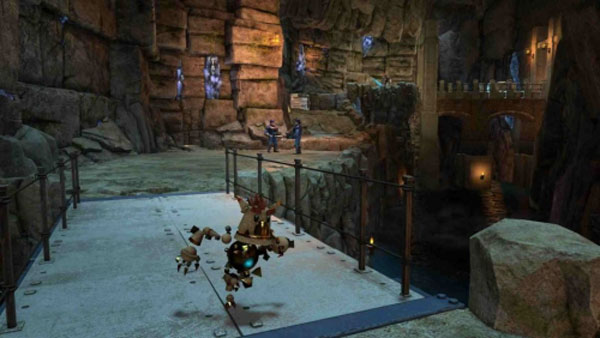 Interestingly enough, the combat in Knack can be quite difficult, especially when you face some bosses who kill with one hit. Knack does have limited health and by collecting relics, it will replenish his health. Relic pieces can also be used to power ancient machinery or as mentioned make Knack grow bigger and bigger until he is a lumbering behemoth. Nonetheless the controls work well, especially with the combat with the limited number of enemies that you face.

Just be warned that this game is not easy, especially with some of the enemies that you face and the sometimes sparse checkpoints. Although no online multiplayer is supported, the game does support local co-op with Robo-Knack that is the same mode as single player but with another person. It’s actually quite fun. All in all, Knack is old school all the way and a little repetitive but still quite enjoyable. 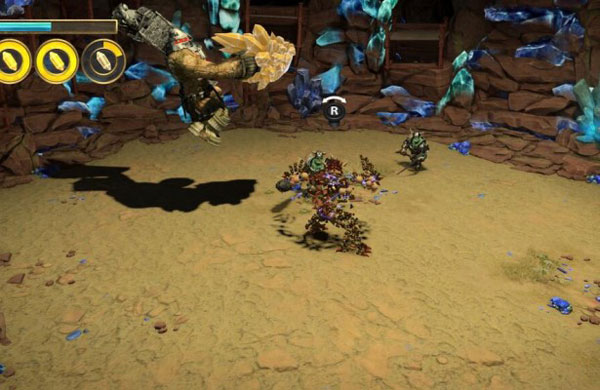 The highlight of the graphics is of course Knack who is made up of floating relic pieces which looks quite impressive on the PS4. Voice acting is clichéd as would be expected in an arcade platformer and there’s some great music used as well. There’s also over 90 minutes of cutscenes in Knack which does serve as a reward for the player. 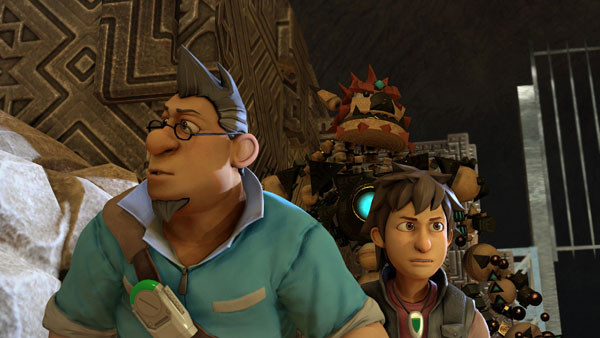 Knack is definitely a walk down memory lane and ironically the old school gaming mechanics used by Japan Studio work quite well on the PS4. However for a next-gen title, there is something lacking in the game and although the graphics do look nice, I was expecting a little more “wow” when it comes to the graphical abilities of this next-gen console, including some whacky new gameplay modes. However even though Knack didn’t deliver on these two categories, there is something uniquely refreshing about this game that is quite addictive and very enjoyable, provided you don’t get caught in a bout of controller rage.

It’s a resurrection of an old school platformer! 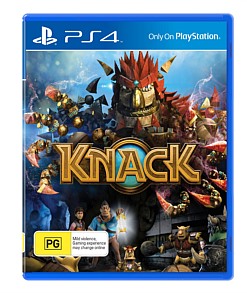 • Stunning graphics – Detailed characters and environments, 90 minutes of stunning cutscenes, and featuring a unique character that only the PS4 can bring to life.

• Old-school meets next-gen – Collect relics to power up and smash your way through hordes of goblins, robots, tanks and more!