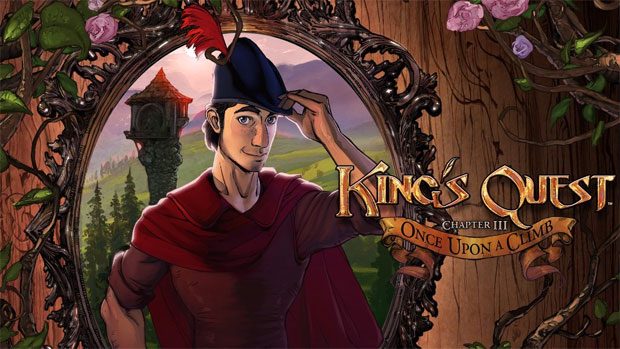 King’s Question Chapter 3 Once Upon a Climb Review

Summary: King Graham returns in a true quest for love, filled with wonder, dangers and of course his soul mate!

Chapter 3 of the legendary adventure gaming character King Graham continues in Once Upon a Climb as our hero sets out to find his true love in Daventry and beyond. Unfortunately for Graham, he succeeded in obtaining the crown of the lands of Daventry but his heart yearns for true happiness as the player sets out again with a slightly older King. The game also lasts for around 2-hours and can be purchased as a collection or chapter by chapter. 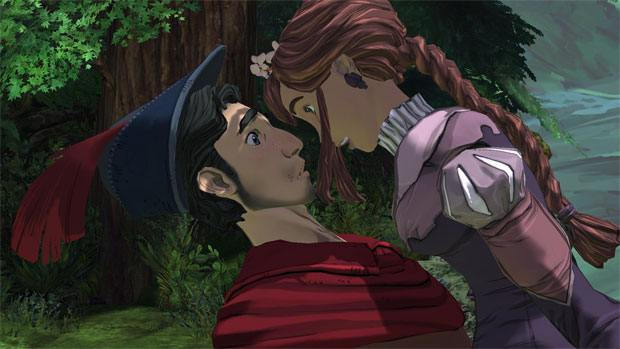 So what better way to seek out his true love than by seeking the consul of his magic mirror and just like a classic fairy tale, he is informed by this artifact that his future wife is trapped inside a magical tower by the nefarious witch Hagatha. So in a classic The Odd Gentlemen’s twist and when Graham does find his princess, he discovers two princesses (Neese & Vee) but to compound the situation, he also finds himself trapped in this magical tower thanks to the ‘curse’. 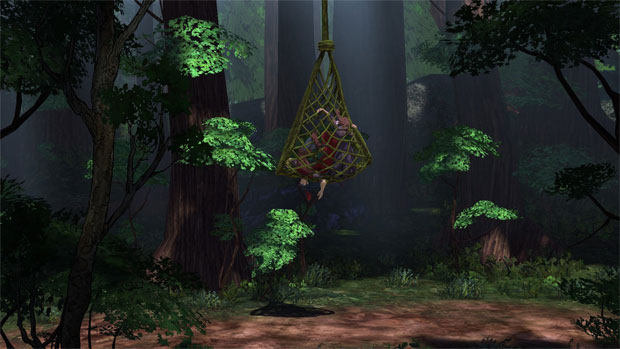 In terms of gameplay, the developers have thankfully strayed from the previous episode which saw Graham looking after a handful of hostages which did become a little repetitive and at times and annoying. So more akin to the original King’s Quest game, Graham must solve a variety of puzzles as he attempts to free his two princesses from the grasp of this insidious tower with some difficult narratives to choose for our wayward and love stricken hero. 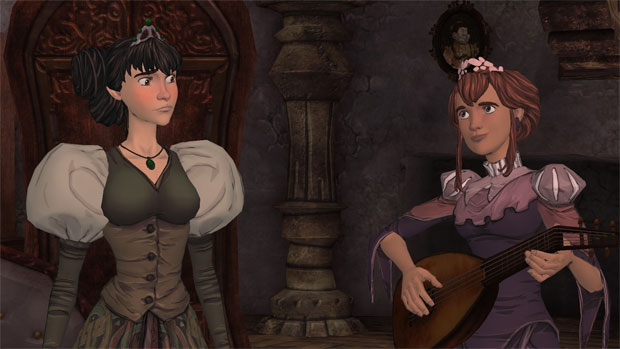 Therefore, your choices throughout chapter 3 decides which princess will be yours at the end of the game. Also each of the girls has their strengths and weaknesses which does direct the puzzles of the game, not to mention some very witty banter along the way. There’s also a very cool moment that reminds of some love game from The Bachelor that has the trio playing a card game which requires Graham to take note of the various conversations with Neese and Vee. 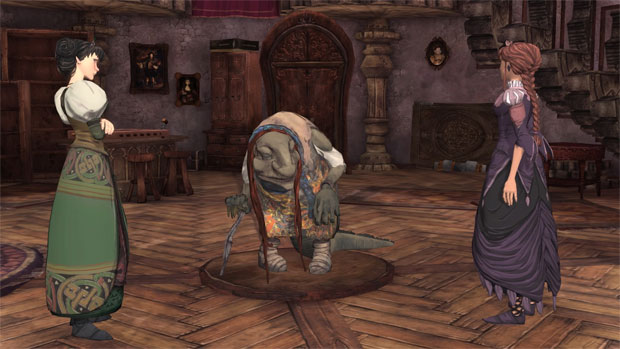 Thankfully the storyline, characters and overall narrative is not only enjoyable but also quite humorous and emotional at times which makes you really relate to these fictional characters. It’s also beautifully presented on the Xbox One with some very colourful, albeit cartoon-like graphics and some flawless voice acting thanks to the legendary Christopher Lloyd as he recounts his quest for love to his granddaughter Gwendolyn with a great ‘surprise’ at the end of the game. 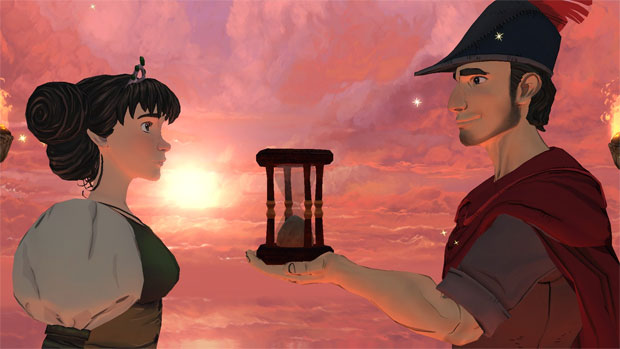 In conclusion, King’s Quest Once Upon a Climb is an endearing story about King Graham’s search for love in this wondrous fairy tale inspired world that I’m sure Roberta Williams and the old gang at Sierra would definitely give their blessings. Compared to the previous chapters, I found this current instalment a little on the easier side but thankfully the narrative held me quite captivated from start to finish and I’m really eager to see how this modern incarnation of King’s Quest plays out.