Summary: King of Fighters' long awaited return has resulted in arguably SNK's best looking and performing title in their long and storied career.

Hail to the King!

Held up as one of the pinnacles of the fighting genre, King of Fighters XIV jumps into the current generation with a shift into three dimensional character models whilst still retaining the nuanced and refined gameplay mechanics that made SNK’s series such a fan favourite. 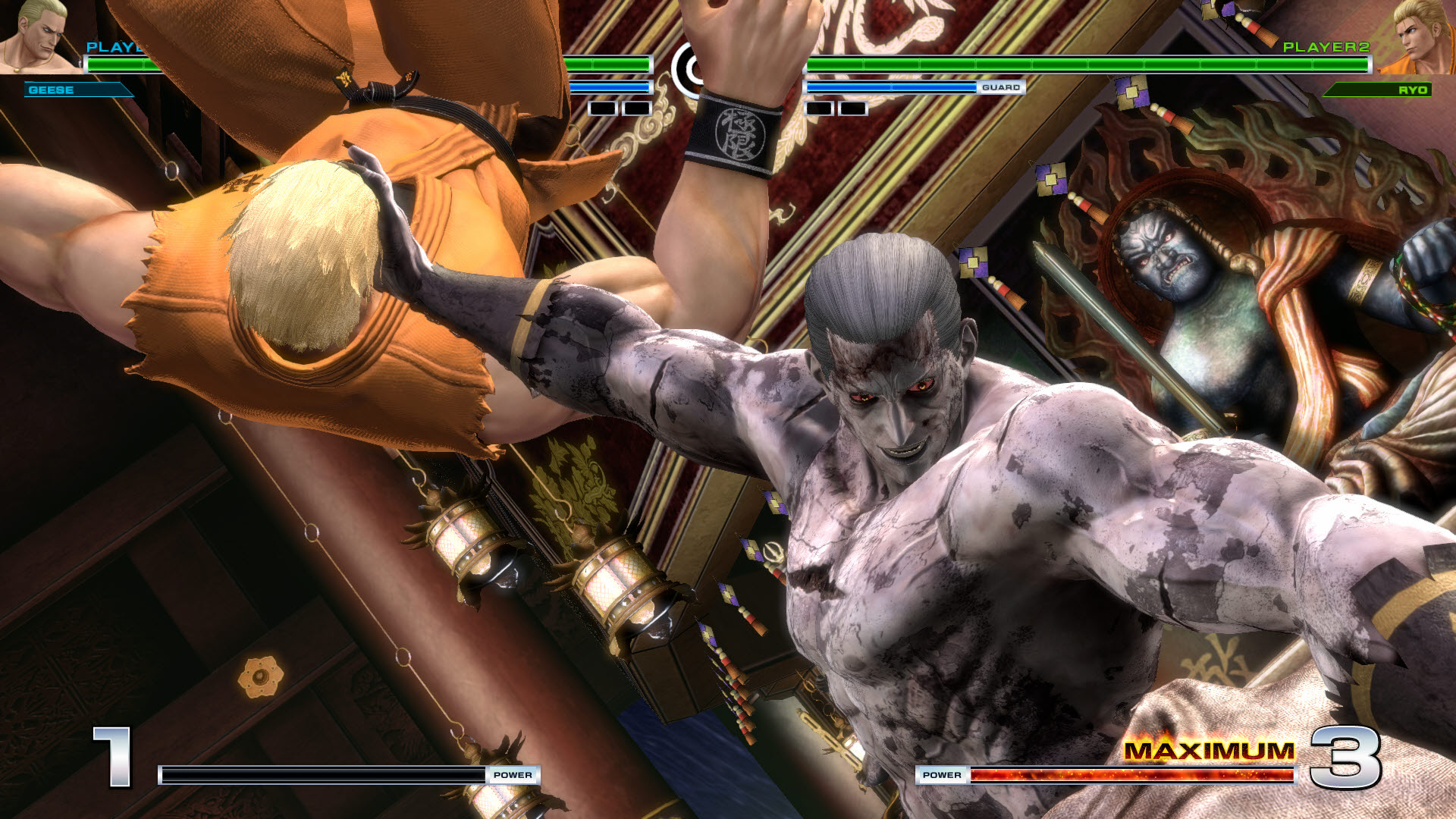 The first official entry in the series in six years, King of Fighters XIV is, unlike the recently released Street Fighter V, bursting at the seams with content; there won’t be any incremental updates adding modes and characters the year following release in order to fill out the package to something resembling a fully fledged game –  Everything you need to instantly dive in and start kicking butts and taking names is available to you straight out of the box.

The roster of playable characters is massive, almost overwhelmingly so at first. With 48 diverse fighters available from jump street and a further two unlockable bosses, with a little experimentation players will easily be able to form a team that’s most conducive to their playstyle. 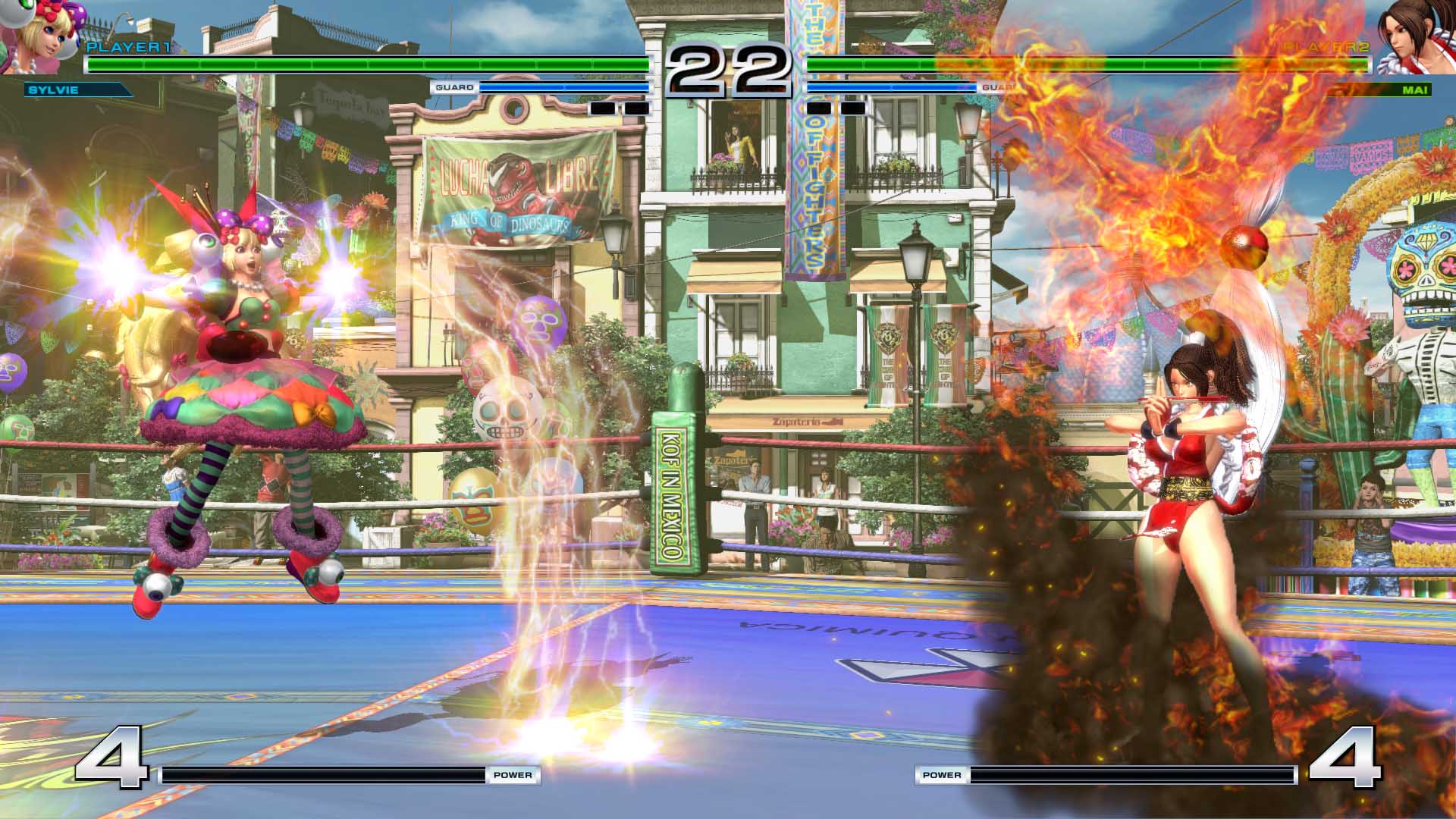 Therein lies KOFXIV‘s core difference that separates it from the field of its fighting game contemporaries – Players build a team of three fighters, each with a single health bar, and pit their fighters against increasingly adept opponents. It’s entirely viable to decimate a rival team with a single fighter, especially as each victory will regenerate a small amount of health for the coming round, but if things get too sketchy it’s handy to have two other characters to fall back upon.

Having a trio of fighters at your disposal also fosters a more strategic approach to playing; certain opponents might be more susceptible to brute force attacks whilst others will need a more nimble and fleet footed physical trouncing, so being able to mix up combat styles on the fly really opens up the fighting mechanics. 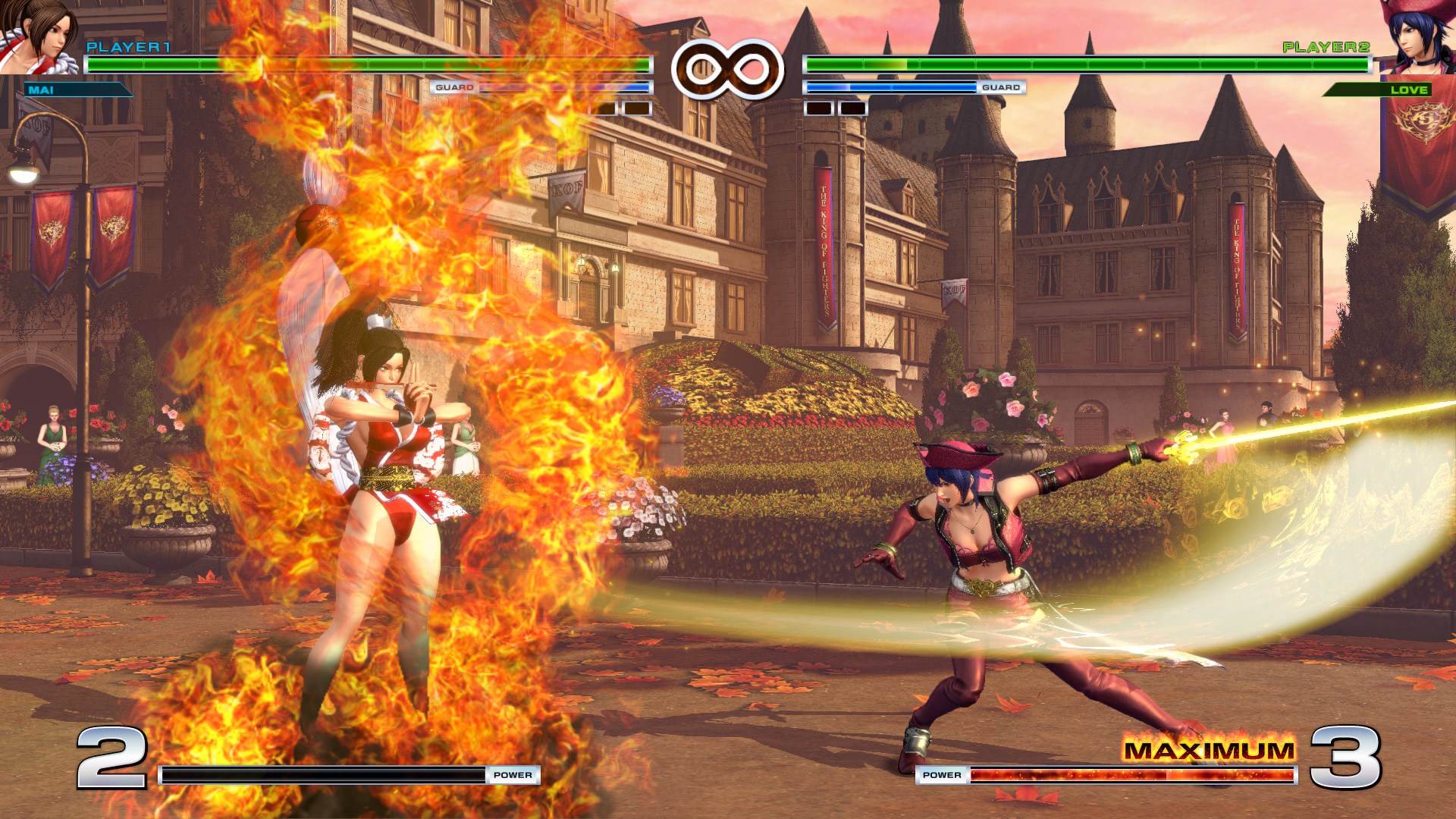 In terms of accessibility, KOFXIV is probably the most forgiving entry in the series to date. The learning curve is still relatively steep, however, requiring the mastery of at least three different characters and a healthy understanding of the myriad of different combat mechanics – Heck, there’s like three different ways just to jump!

Requiring precision and manual dexterity to pull off even the most basic of combos, button mashing isn’t a viable tactic at all in KOFXIV, although there is one major concession that is designed to make things a bit more equitable for newcomers – The single button combo.

Certain to divide fans and draw derisive cries from series purists, even I have to admit that it’s a bit of an odd design decision. Tapping the light punch button will, after the second attack, unleash a flurry of moves that, whilst lacking the damage output of more technical attack combinations, more than makes up for any initial lack of skill. If you’ve built up your attack meter beforehand you can even finish the combo off with a harder hitting special attack. 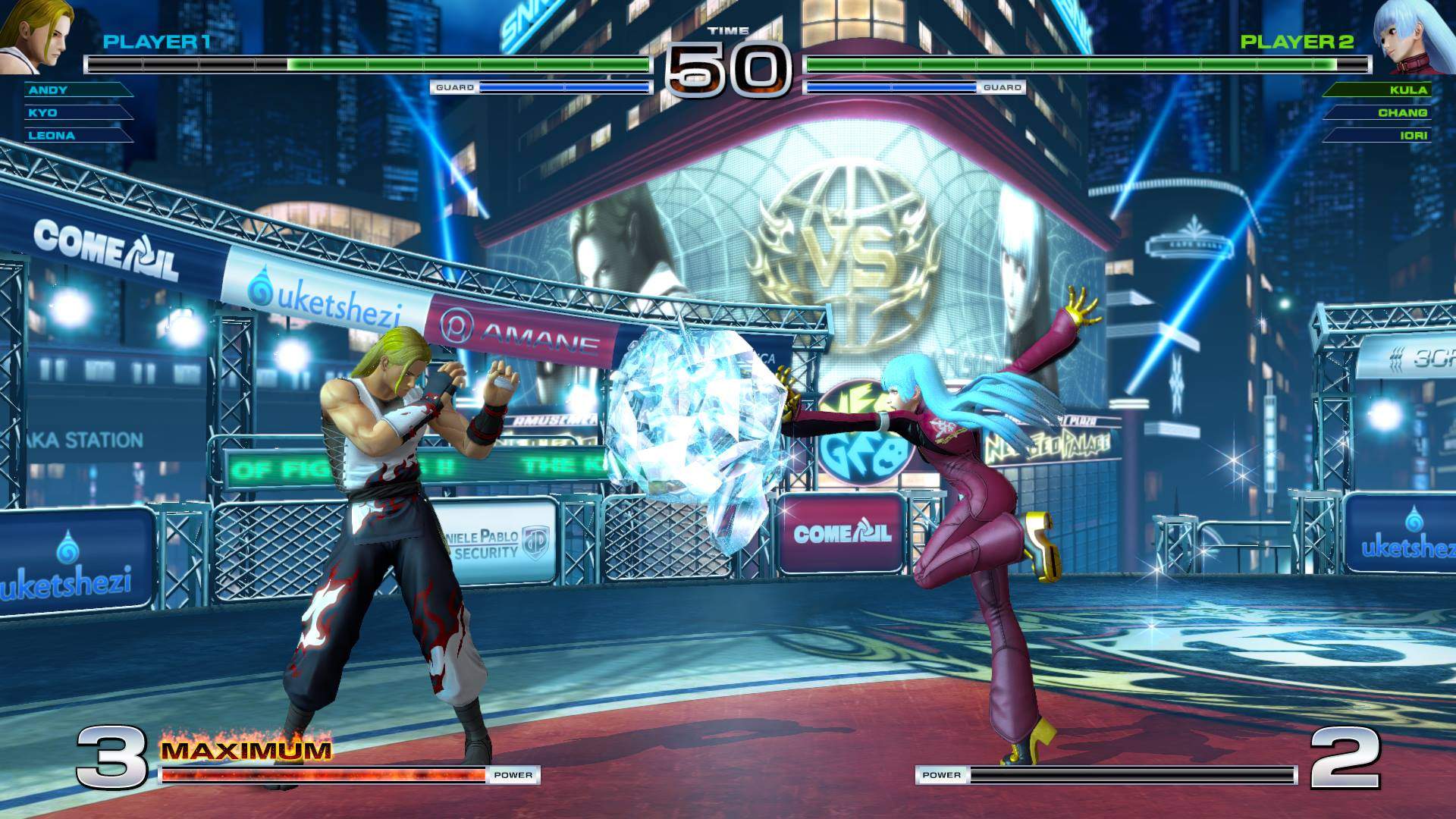 You can’t spam the attack over and over for an easy ride to victory but it does alleviate the difficulty barrier somewhat and this can work twofold – New players can keep up with the online community to a degree without the prospect of facing off against KOF veterans seeming too daunting.

On the other hand, it can be seen as encouraging complacency, with a reliance on the simple combo system negating the need to slowly but surely learn the more complicated procedures and hone your skills. 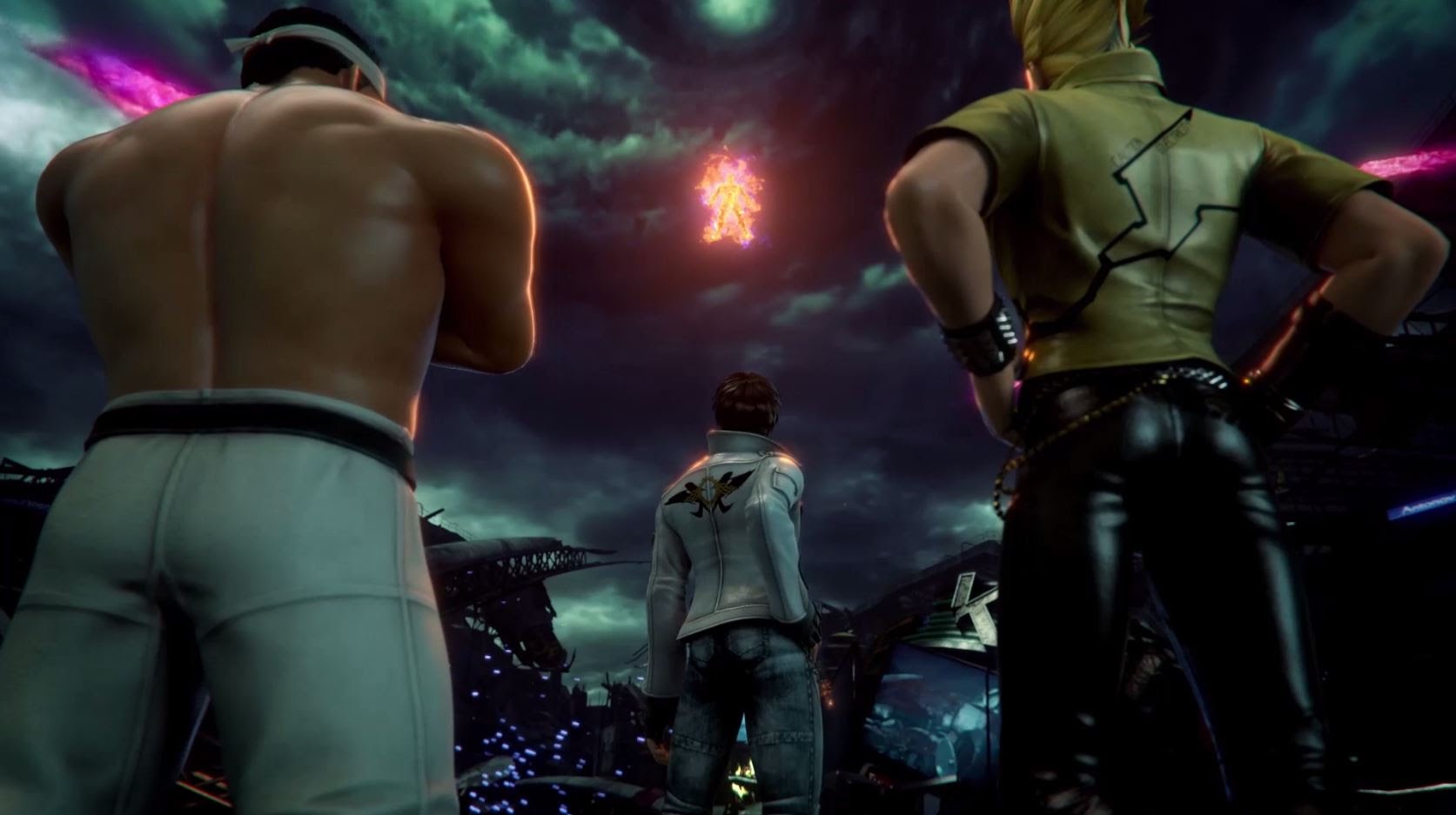 Whether or not you choose to take advantage of this attack is entirely up to you but, personally, it seems a bit superfluous and seemingly at odds with the intricate combo system that the game is known for.

In terms of modes, there’s a healthy selection to choose from here. There’s your expected story mode, which is honestly fairly barebones, consisting of long stretches of fights interspersed with infrequent cutscenes detailing the events of the tournament. It’s a fun little distraction but you won’t be spending much time here besides to collect the unlockables. 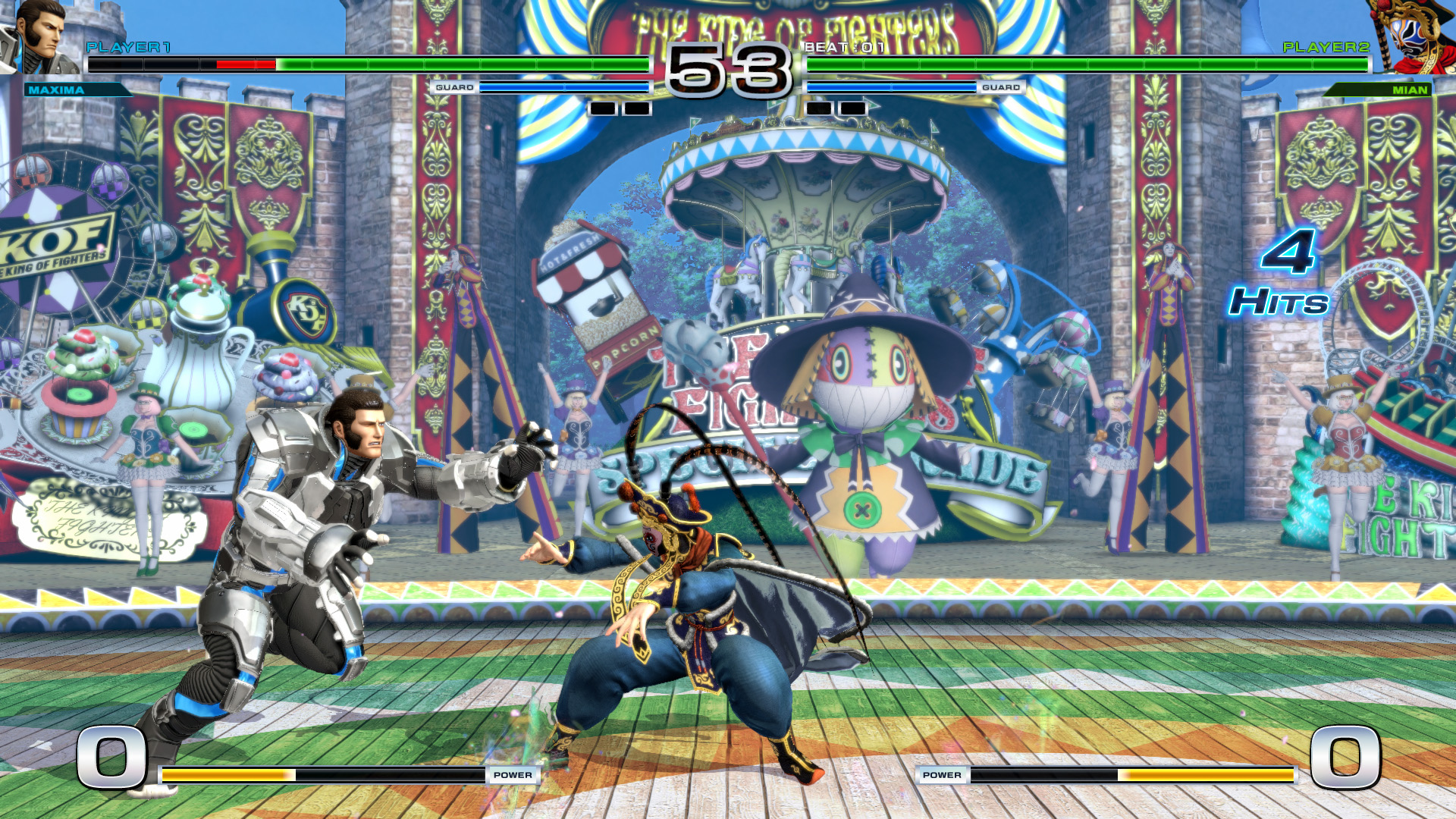 There’s also a training mode where you can nail down the more demanding button combinations, a challenge mode that will put even the most skilled players to the test, arcade modes that offer the option to engage in 1v1 fights if you so desire and, of course, the multiplayer, where you can pit your team of fighters against the online community.

The online component is set up in a much more manageable manner than Street Fighter V, reducing the amount of waiting and making jumping into a quick match or simply watching others duke it out as easy as pressing a button. 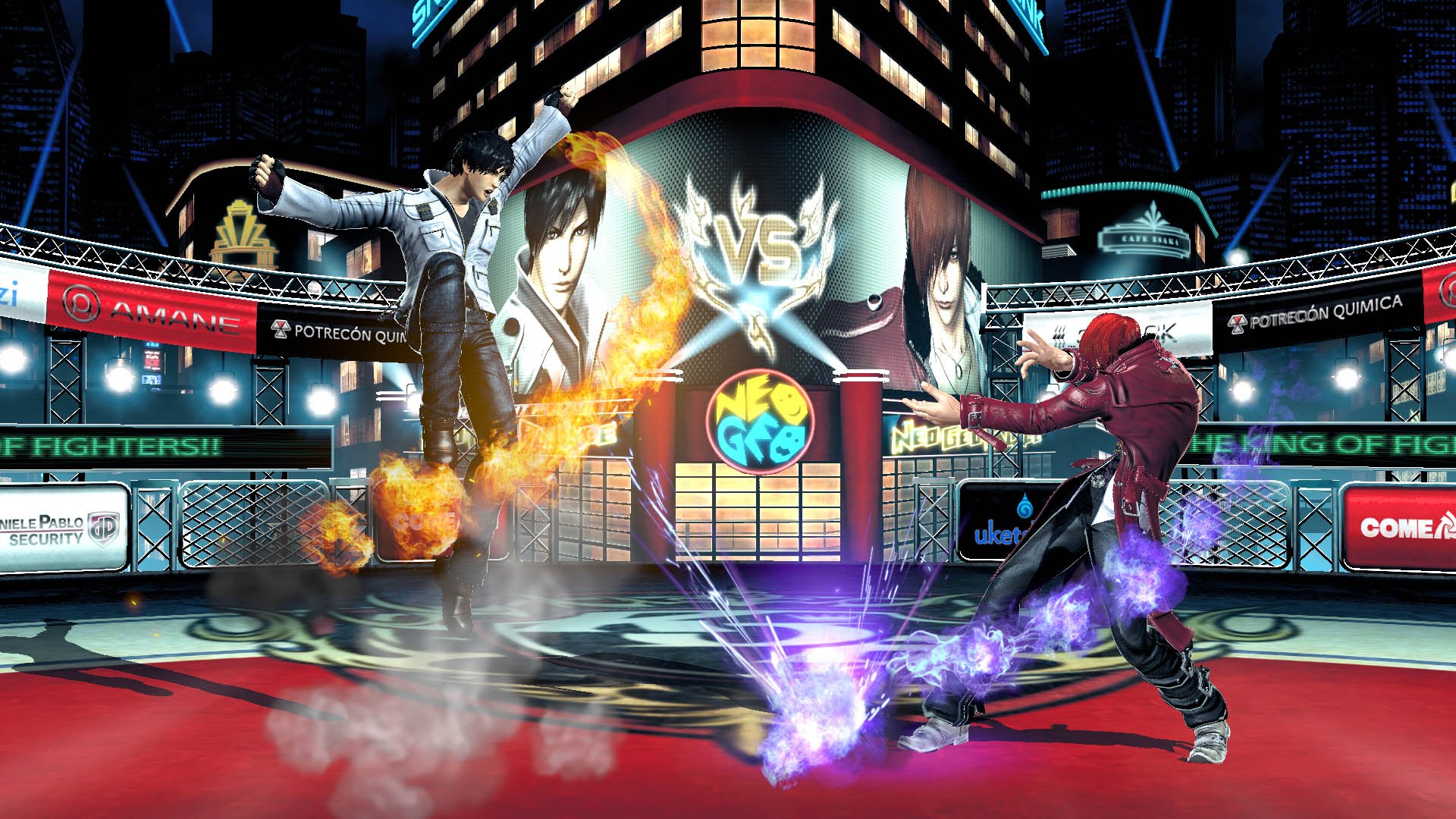 The connection quality is also a lot more stable than the aforementioned game; there were times when I could play against someone in Brazil with a relatively lag free game in SFV but trying to go a few rounds against a buddy less than two hours away would often result in our match devolving into a stuttering, unplayable mess.

I never encountered any issues of that magnitude with KOFXIV and, with the exception of one solitary fight, online play was smooth and lag free. 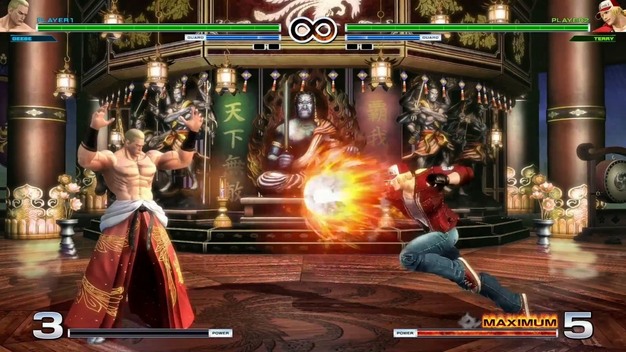 Despite the 3D character models not being the prettiest, King of Fighters XIV has made the transition to this new visual style in as relatively as smooth a manner as possible. Some longtime fans might lament the lack of detailed, pixel perfect animation but the three dimensional models effectively capture the desired aesthetic.

The stages are quite colourful and often have a fair bit of action going on in the background, more than making up for the occasionally bland character models and highlighting just how sumptuous the visuals can look at times.

The dialogue is only available in Japanese but the lack of localised dubbing doesn’t hamper the experience at all. The soundtrack is as kitschy as you’d expect, full of heart pumping techno tunes sprinkled with a liberal dose of chugging guitar explicitly designed to get the blood rushing. 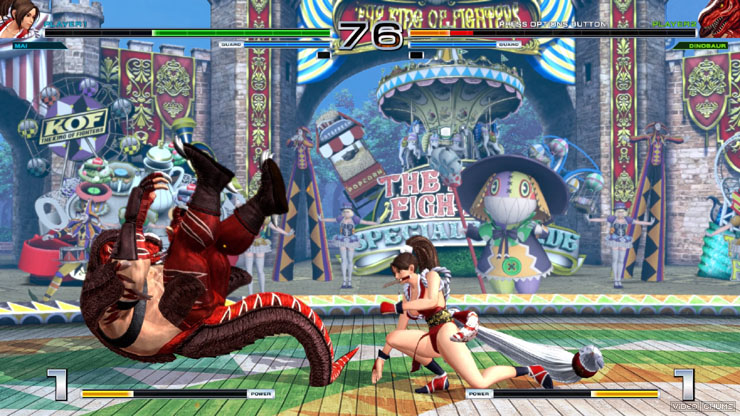 A more than viable alternative to Street Fighter V, King of Fighters XIV offers up a refined combat system, an incredibly deep and responsive mechanical experience and a huge roster of characters, each with their own subtle martial arts discipline and varied approaches to fighting.

There’s a wealth of content for fighting fans to enjoy here and the depth of the combat system and sheer number of characters means that it’ll take months to fully master each character. With a robust and welcoming online community featuring the entire spectrum of skill levels, King of Fighters‘ long awaited return has resulted in arguably SNK’s best looking and performing title in their long and storied career. 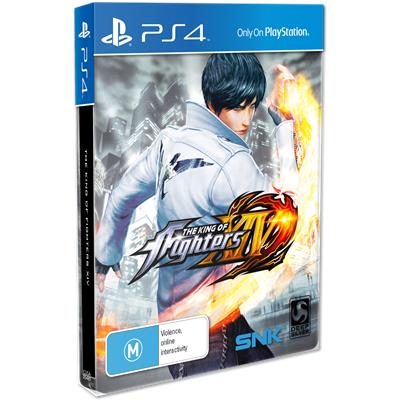