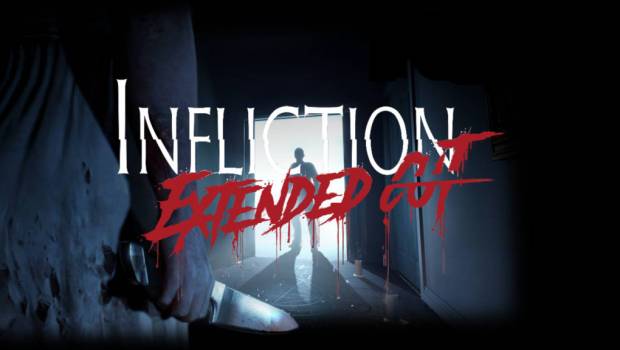 Summary: A fun and frightening story-driven horror indie game that impresses with its sheer attention to detail and genuinely unsettling atmosphere.

Horror is one of those genres that seems most difficult to reconcile with gameplay and story.

In video games, keeping players consistently compelled to progress, immersed with the narrative and satisfied with the systems at play is already hard enough – but add in everyone’s two cents on what actually constitutes “scary”, and suddenly pleasing everyone is a whole lot harder for the creator.

You see this debate with gaming mainstays like Resident Evil or Silent Hill, with many fans adamant the slower-paced survival-horror approach of the classic titles is the only truly scary experience, compared to the more action-oriented, in-your-face jump scares of modern entries.

Infiction: Extended Cut is a horror game that knows exactly what flavour of spine-chilling terror it wants to serve up to players. From start to finish, its first-person, interactive psychological frights impress with much attention to detail, ominous world building, stirring sound design and haunting atmosphere that will appeal to many types of fans of the genre – it’s only slightly held back by uninspired writing. 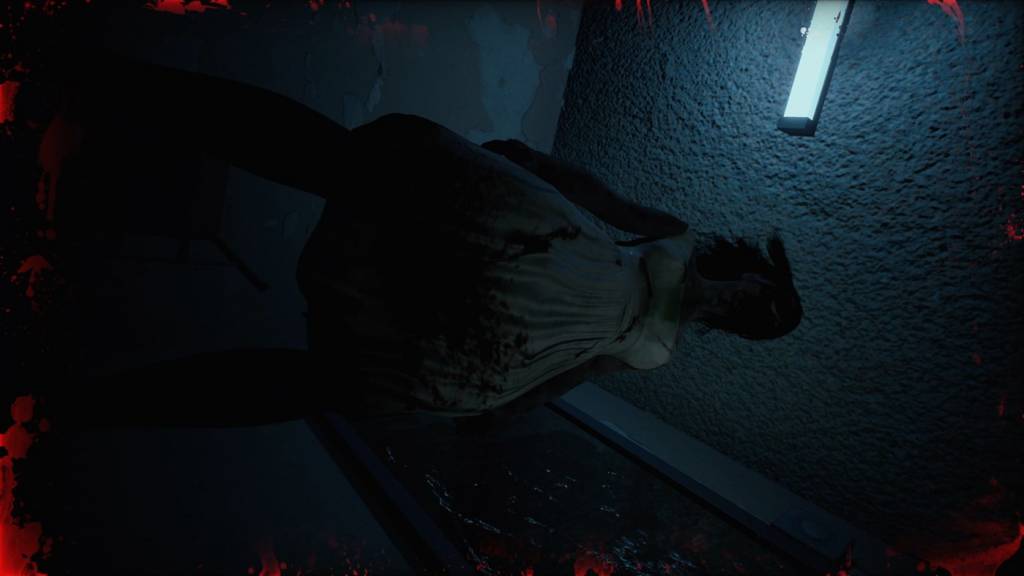 If you’re familiar with Layers of Fear or PT, you’ll understand Infliction’s brand of story-driven, exploration-based horror just fine. After a short opening where you’re tasked with picking up a plane ticket at the house for your wife, you’re let loose in a ordinary suburban house in the middle of the night, filled with tons of foreboding clues and optional elements (often nondescript, sometimes eerily suggestive) to inspect and piece together a sinister story at play, without any tutorial hand-holding. As you progress, cryptic revelations of a harrowing past tragedy (or three) surface and the house transforms into a literal cat and mouse nightmare with a spirit.

Infliction excels at fostering an unsettling ambience and disturbing mystery. There’s a healthy balance of spooky little cues – a door hinge creaking unexpectedly here, a shadow passing through the barely lit hall over there – and a ton of effort in crafting a believable suburbia setting – where something really bad happened. This all builds up to a satisfying and suspenseful dread that was entertaining enough to stop me from turning on the lights and chickening out early.

Almost every item in Infliction can be viewed close up with the press of a button, and examined in more detail – books, diaries, toys, magazines, household items, keepsakes – and the majority of these household objects aren’t necessary to drive the story forward. The ones that are are ‘Memories’ tied to the main mystery and are accompanied by flashbacks conveyed through voice. There’s an impressive level of effort to put in, given not every player will bother, but it definitely heightened my level of investment in piecing together the overall story, and drawing my own conclusions as to what truly went down over the span of a decade and a half. 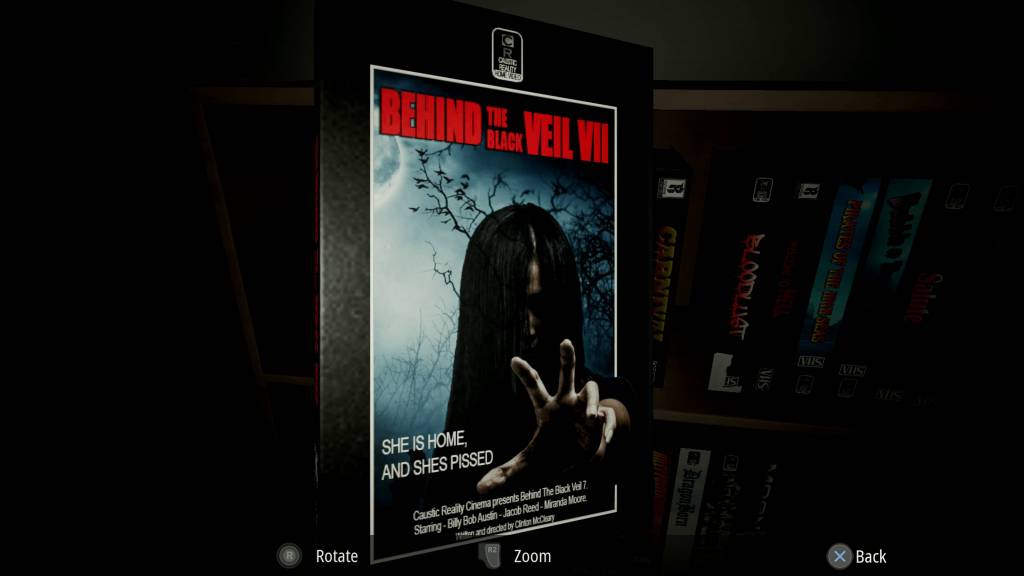 It’s a slower-paced game for sure, especially if you don’t rush through the rooms and examine every bit of environmental detail and interactive objects you can find – and without a ready weapon like in most games, you’re quite vulnerable to a fast-moving and utterly terrifying ghastly spirit that can take you out in a blink of an eye. Your options, at least initially, are limited to hiding in rooms and beneath beds to avoid being killed, and navigating different rooms more stealthily to avoid being attacked . Later, you get some creative options to dispel said ghost, and a camera to take photos, find hidden clues and even see your ghoul buddy in the polaroids (ha!) But the unpredictable nature of the threat made the gradual escalation all the more frightening.

There’s a lot of discovering new revelations throughout the house, only to be knocked out and woken up again as some sort of never-ending nightmare, with more questions than answers to figure out and cryptic riddles to solve – of which there are a few tricky and often optional codes to crack and photos to take – to break through the repeating cycle of death and re-awakening.

The psychological horror elements are well-tread and form a tale all too familiar for anyone even remotely in-tune with horror films and horror game staples  – alcoholism, domestic violence, loss of loved ones – but for the most part, they’re neatly woven into the ghostly aspects of the story. 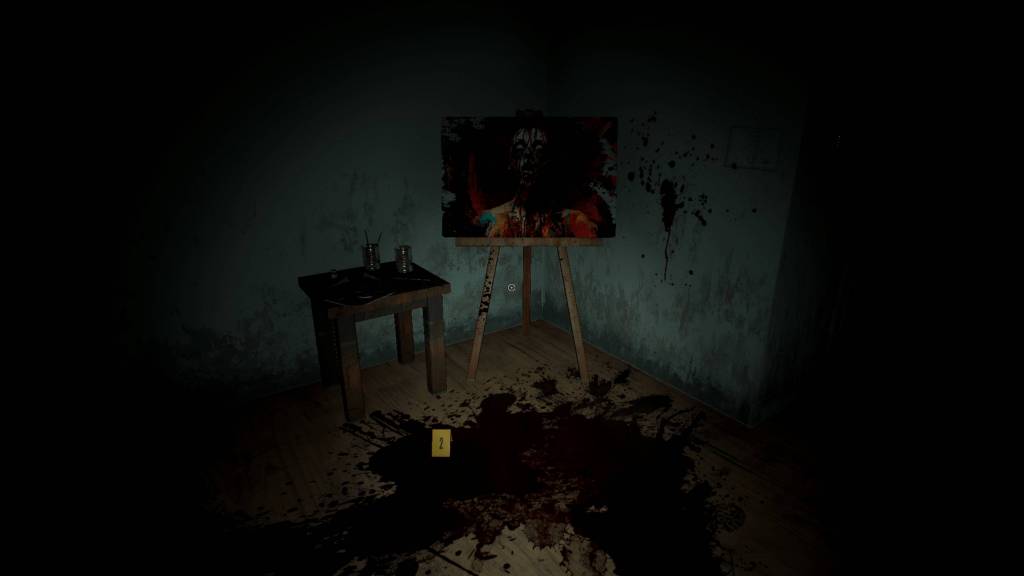 However, Infliction doesn’t land all its creepy demon notes right. Some background elements, like a hokey Italian chef TV program, and the writing for the main collectibles, such as the diary entries and newspaper reports, came across as entirely out-of-place or poorly written. Some objects more satanic and otherworldly in nature read a lot more goofy than was probably intended, but the presentation remained appropriately horrific. These occasionally took me out of the immersive and oppressive atmosphere of the scripted sequences and haunted home, as did tepid voice acting during the memory flashbacks, which weren’t convincingly delivered and felt off from the rest of the game’s tone.

Aside from the slightly hackneyed writing, I really enjoyed playing through Infliction: Extended Cut and soaking in the grim and often weird atmosphere it offers, and seeing through the end of the mystery – and a lot of that has to do with its looks. Graphically, the interior of the haunted house and close-ups of interactive objects are not only well-detailed but visually impressive.

The sound design is the standout effort, with a soundtrack that matches the dread of the situation and some great use of effects, like creaking doors, pained whispers and crunching bones, that maintains that unsettling aura throughout the entire experience. Some of the animations of the ghostly antagonist while encountered up-close were a bit off; however, considering the game was crafted from the ground up by one person, the presentation as a whole is doubly impressive and the rest of the game’s terrors, sometimes real, oftentimes imagined, more than make up for it. 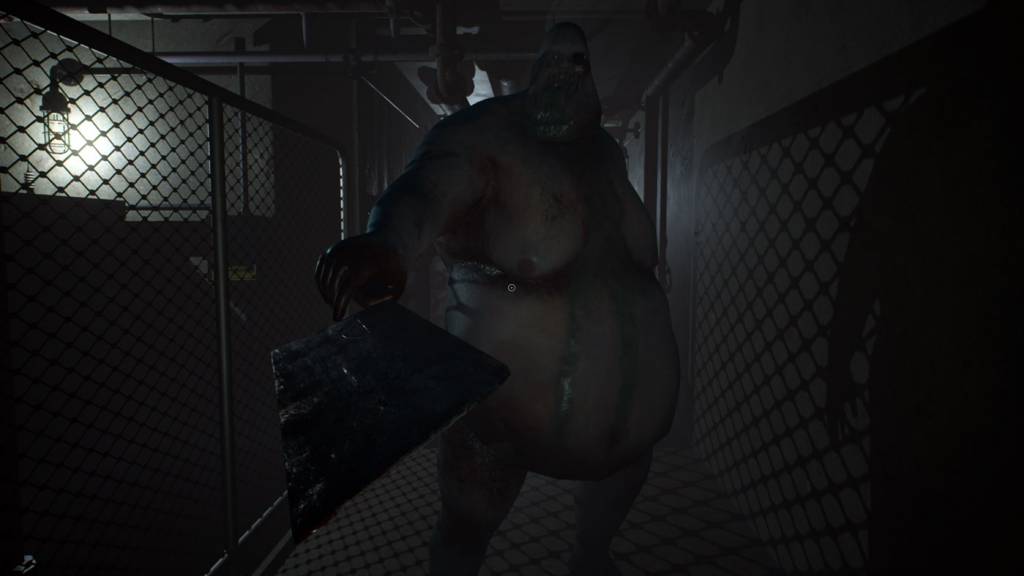 Infliction: Extended Cut is a frightening and fun story-driven horror game recommended for fans of the genre. It’s especially enjoyable when played with friends and family, preferably in a night-time setting to match. If you liked PT or games like Layers of Fear, you’re right at (haunted) home here.

It’s an impressive debut effort from the one-man developer at Caustic Reality that will appeal most to gamers who resonate with story-driven games where you explore creepy settings, discover sinister secrets and avoid malevolent foes while trying not to scream out loud.

While the psychological and supernatural horror elements aren’t as well conveyed in the writing or voice-acting as bigger budget games, the effort and detail put into the shifting setting, sound design and visual presentation offer up an enjoyable and immersive horror game experience.