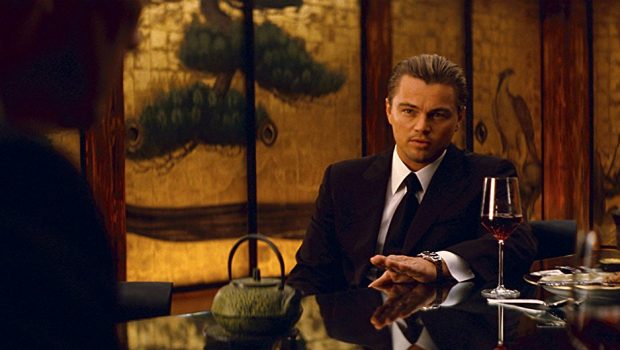 Summary: “Inception” is a complicated action film that has some amazing visual effects and a plot that will challenge and madden people in equal measure.

“Inception” is one of those films that feels like a riddle, wrapped up in an enigma and smothered in rhyme. This ambitious and busy film is not one for the faint-hearted because it’s something that requires your full, undivided attention. The end result is something that is visually sumptuous and a delight for the eyes but it will also appeal to your grey and white matter as well.

This film is the latest one to be written and directed by Christopher Nolan. Like some of his previous offerings (“The Dark Knight” and “Memento”) there is a lot happening here. The very crux of the plot to “Inception” is that we have a group of individuals who can infiltrate people’s dreams. In doing so, they can plant ideas into a person’s subconscious. This power is flaunted and manipulated and it can have momentous results.

Leonardo DiCaprio stars as Cobb, a man who has been accused of murdering his wife, Mal (Marion Cotillard.) In truth she is stuck suspended in a kind of unresolved limbo. Despite this, Mal has the ability to appear to Cobb and to wreak havoc with his plans.

Cobb is also a marked man who cannot return home to the United States. He is offered an opportunity to fix these wrongs by an influential businessman (Ken Watanabe.) But first Cobb must perform a complicated act of inception. This means he and a group of others will have to pass through multiple levels of dreams and the sub-conscious of a wealthy rival businessman and heir to an empire, Robert Fischer (Cillian Murphy.) They have to convince Fischer to dismantle his father’s conglomerate in order to restore world order.

DiCaprio is joined by an excellent, ensemble cast. Along for the ride are Cobb’s no-nonsense, right-hand man Arthur (Joseph Gordon-Levitt), a forger named Eames (Tom Hardy) who can resemble any individual he chooses and a shaman/dream weaver (Dileep Rao.) The group have also welcomed a new recruit, a young student (Ellen Page) and she is responsible for creating the complex mazes and environments. In one scene she is single-handedly responsible for turning Paris upside down. This is one of the many CGI effects on offer here, another of these is the infinite Penrose steps. These work seamlessly with the moody and atmospheric score by Hans Zimmer.

The Blu-ray edition has featurettes including interviews with the cast and crew. It is fascinating to watch how the scenes were created using special effects and to learn that Nolan spent a decade working on the film’s script. Viewers can watch the featurettes as stand-alone videos or as part of the “extraction mode,” which means that they’re incorporated and embedded into the actual film.

“Inception” is ultimately a complex and sprawling movie that will challenge people and madden others. It’s a complicated, non-linear story about the power of dreams and ideas. It’s also a tense, action flick that will keep people guessing and thinking, as they try and make sense of it all. Sweet dreams.