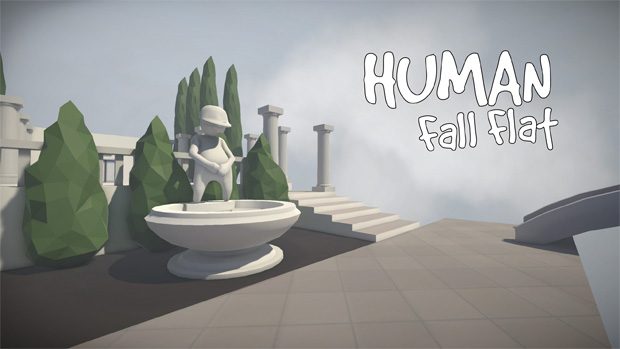 Human: Fall Flat is a wacky physics-based video game experience from No Brakes Games, an indie team who have endeavoured to throw continuously creative puzzle and platforming elements at players while they battle to simply move thanks to hilarious physics-based systems governing the player, the objects and the world. 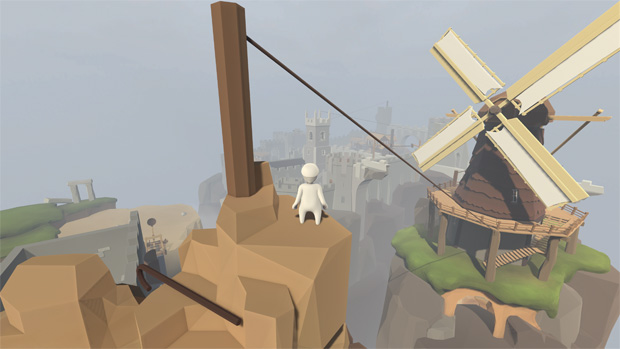 The end result is a neat bite-sized package which falls slightly flat (no pun intended) if you don’t have a friend handy for two-player, which is where the inventive open-ended gameplay truly shines bright.

You (and a friend, if handy) play as Bob, a dough-like little man with recurring dreams of falling endlessly. Human: Fall Flat tasks players with helping poor old Bob escape his nightmarish torment by stumbling his way through nine dreamscape levels of varying settings we can only presume are abnormally creative manifestations of his wild fear of heights – we’re talking ancient ruins, medieval castles and construction sites and power plants that have definitely failed worksafe inspections. All levels are filled with increasingly complex (and clever) puzzles and tricky platforming obstacles to overcome and proceed to the next area – all without falling, of course. Well, as best as you can manage, because if you do, you always end back on your feet, ready for another bumble and stumble in moments.

I say stumble because Bob is a very wobbly fellow prone to losing his balance with basic movements. Taking two steps forward takes a while to master, not even taking into account the complex parkour, object grabbing and careful jumping required of players the further you progress. This is because the developer opted to follow the recent trend of goofy physics-based indie games with moderately challenging controls and produce their own. Ideally, it should result in laugh-out-loud moments for two players and maximum YouTube replayability. The wonky physics angle worked for Goat Simulator and Surgeon Simulator, so what about with Bob and Bob and platforming? 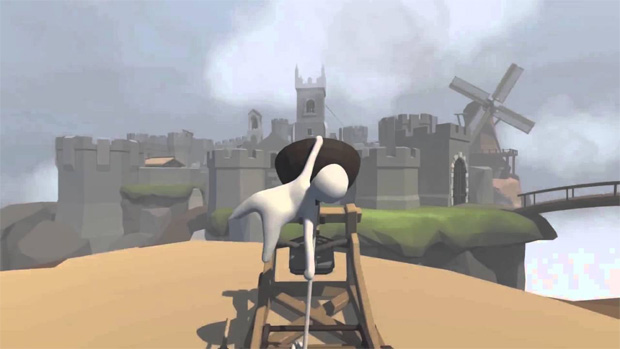 The puzzle-solving and platforming in Human: Fall Flat is indeed more involved than other games due to its hilariously wonky yet often frustrating controls. Bob moves with the left analogue stick, looks directionally with the right stick and uses both left and right arms with the DualShock 4’s two shoulder buttons, respectively. Unlike other games, you can’t just expect to just jump across a ledge with minimal effort; you have to face the camera towards the objective, time the jump and make Bob throw himself forward, press both shoulder buttons to have Bob’s arms ready to grasp the ledge, and then tilt the right analogue stick to have the camera encourage him to pull himself up. Successfully interacting with and solving the puzzles themselves isn’t any simpler, with seemingly straightforward tasks like rowing a boat or launching boulders from a catapult often proving harder than it should be – especially if you play with a friend who enjoys griefing your efforts at success by mucking around and taking things off-course. 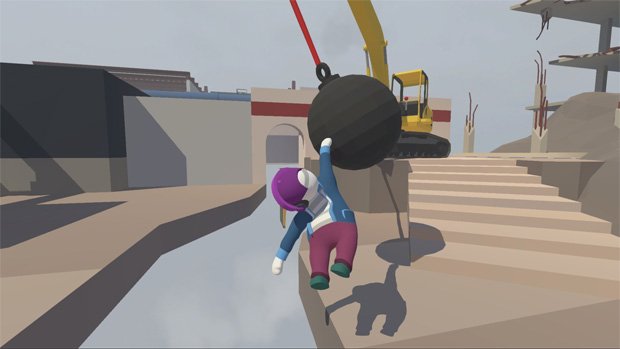 That last point is key in determining your potential enjoyment with Human: Fall Flat, in addition to your own personal level of patience. I had a ton of fun mucking around with my couch co-op partner, painting by boy with crazy colours and dressing him in random hats (customisation is available to make Bob your own) and testing the limits of the open-ended physics-based environments, usually by sabotaging the my friend’s efforts to progress – and to laugh at them from afar as we raced to the end of the level at our own pace. My tip? Just launch your friends out of the catapult or trap them in that dumpster and throw them off the cliff forever – that’s the true metagame. But if you just want to sit down and play something brainless or that doesn’t require much player effort, this isn’t the game for that particular mood – even just moving is a big effort. 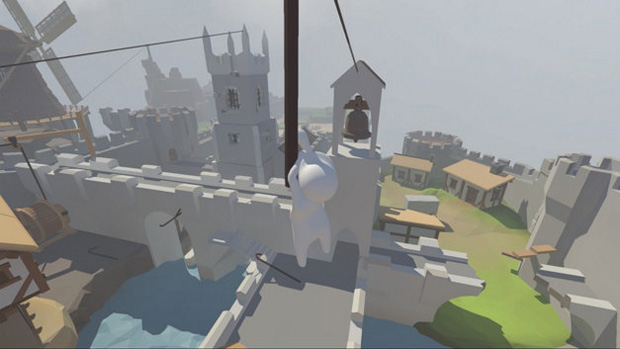 So, who is this game ultimately for? In this reviewer’s humble opinion, you should give Human: Fall Flat a go on PlayStation 4 if you enjoy clever puzzles and platforming, enjoy open-ended physics-based gameplay in a bite-sized package – and have the patience to engage with purposefully challenging movement controls. A big pro to the game is when you have a couch co-op partner to blast through the level-based experience – because while the creativity of the levels remain while playing alone, progression just isn’t as fun as it is when you’re watching your mate fall to their death for the hundredth time because of your cheeky sabotage. 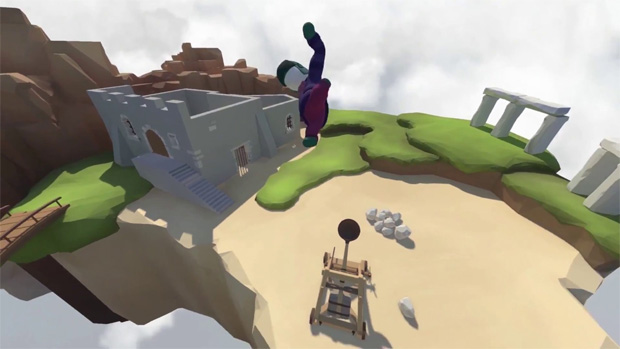 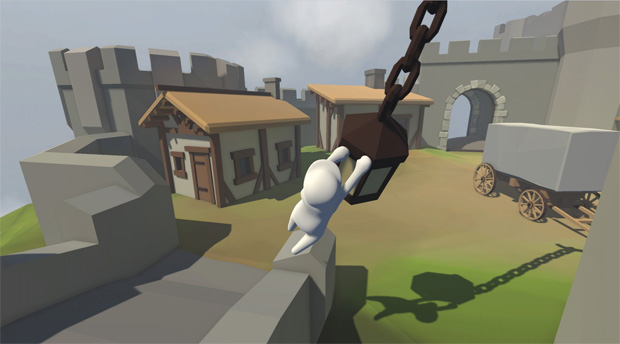