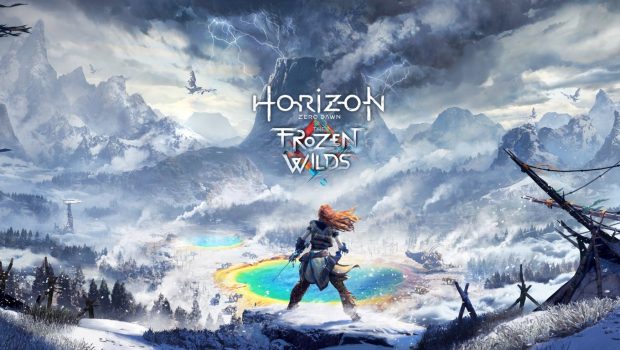 Horizon Zero Dawn is one of our favourite games of 2017 and developers Guerrilla Games have just released the highly anticipated DLC for this title called The Frozen Wilds as players return to this open-world post-apocalyptic planet called Earth. If you haven’t played or finished the original game (shame on you), the game does allow you to commence the DLC with a higher level character or the title will use your existing character. With that said, you do need to be at least 30 to be able to complete this DLC. 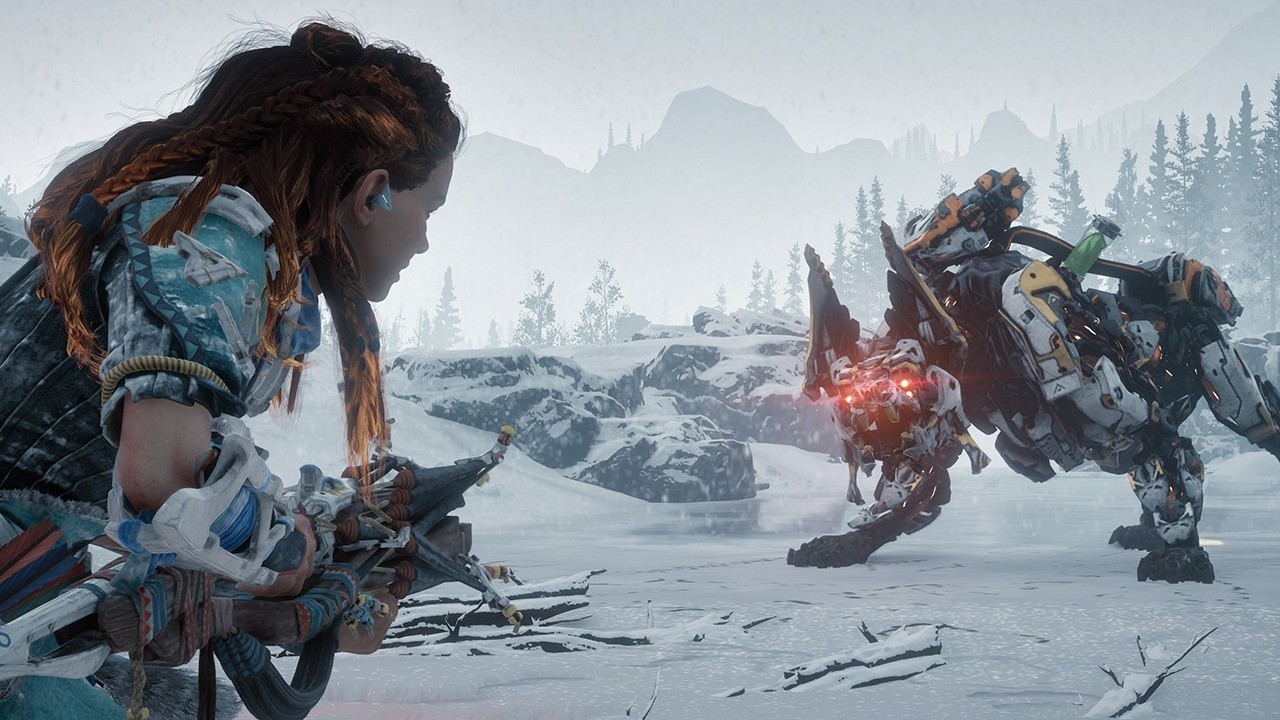 Although this game is firmly set in the Horizon Zero Dawn universe, the developers have created a compelling new area that is filled with many news dangers and looks quite different then the main areas in the game due to its frosty wonderland with some glorious ice and snow effects. As a test and before you commence your adventures into the far north, you must first defeat the robot guardian who is preventing you from moving forward and when you do, the Frozen Wilds gives you access to new quests and some very brutal enemies and challenges. 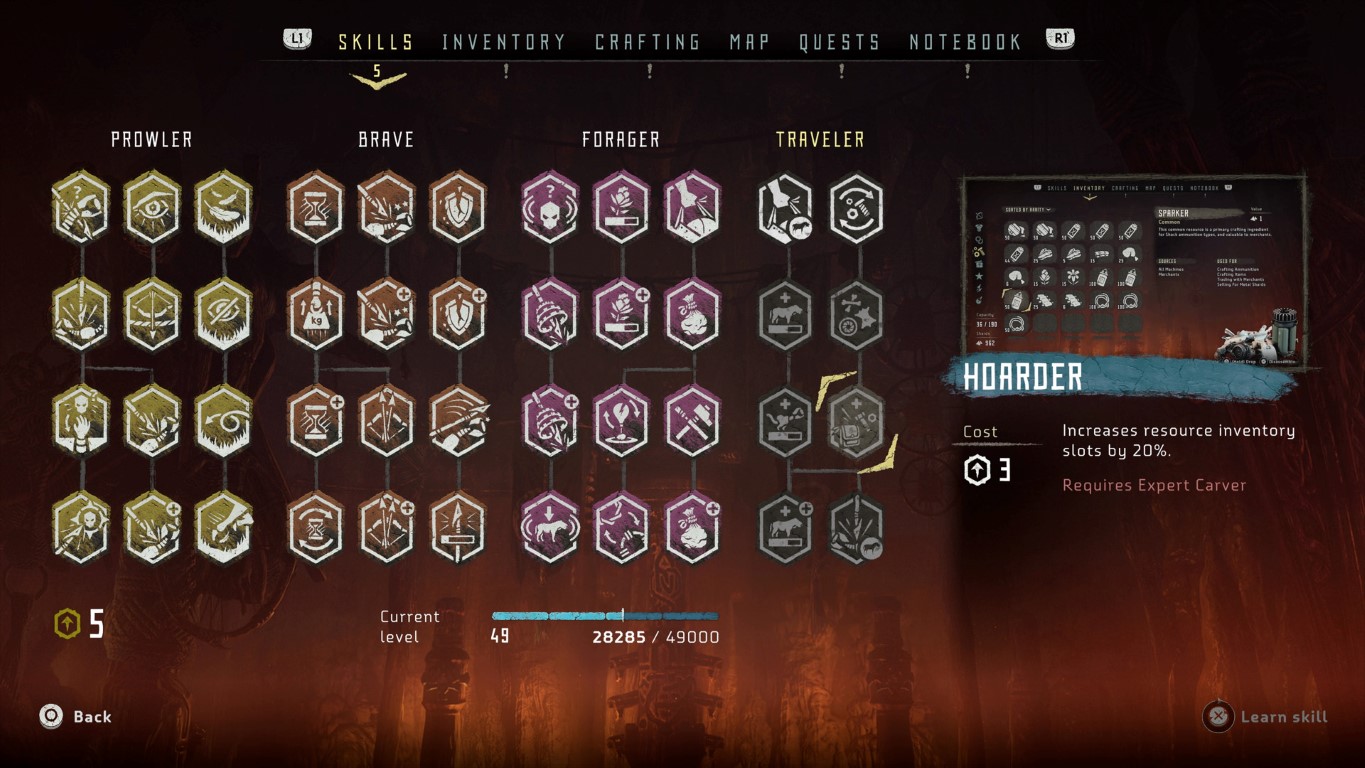 The far north is populated by the Banuk tribe and like the perfect heroine, Aloy offers her assistance, after once again proving herself. Unfortunately for the Banuk tribe, their goddess has been conquered by something evil and as a result, their lands are now in disarray. So while Aloy tries to put the pieces together, she becomes invested in the plight of the misguided Banuk who don’t know the true nature of this world.

Assisting with the story and like the previous game, Aloy learns about the people who existed before the great disaster which adds another layer, although not as emotional as the first game. Nonetheless, it’s a well told story, including the supporting cast as Aloy explores the far north in classic Horizon Dawn fashion.

Also supporting this DLC are new enemies, skills, weapons and outfits and although a little on the sparse side of the spectrum, it still adds to the overall Horizon Dawn experience which makes it feel almost new. Given that, combat is identical to the original game and you’ll notice that many of the robots in the world have been corrupted by this evil force which do make them harder to fight. 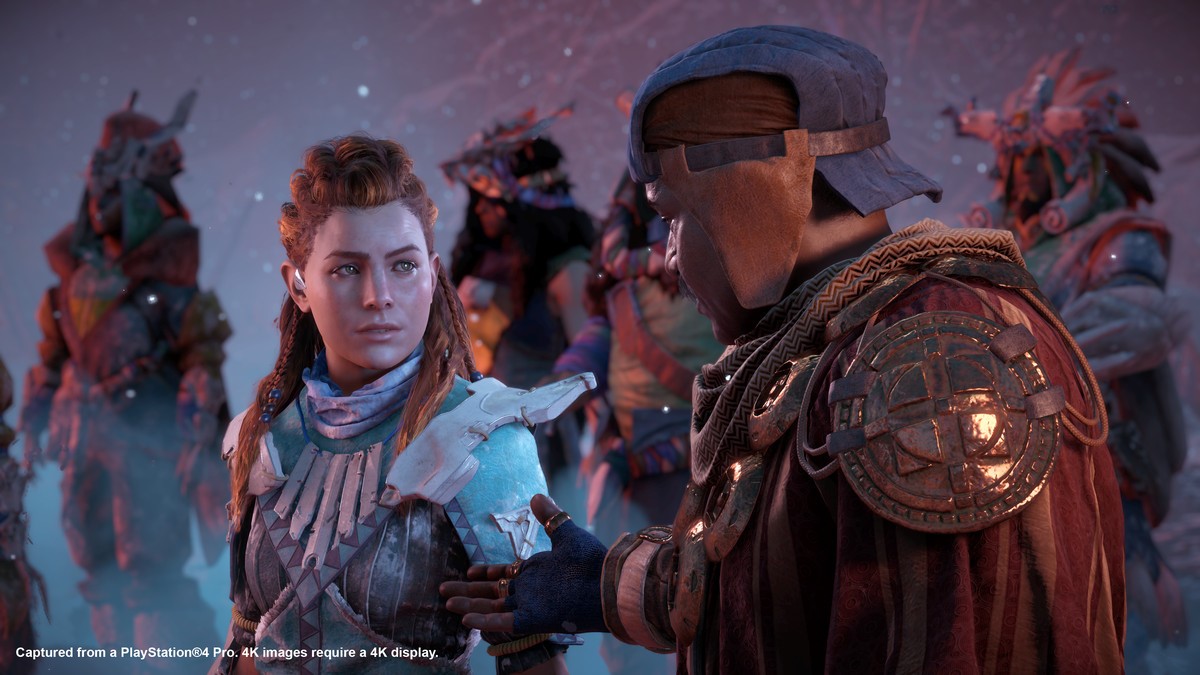 The new enemies are interesting and at times a challenge, however like the previous game, if you’re at a higher level with the right equipment, dispatching your foes should not pose any difficulty, although those healing towers for enemies did prove annoying at times. The only thing that disappointed me overall were the new weapons as I found myself gravitating back to my old favourites from the original game.

Graphically, this title looks spectacular on the PlayStation 4 with some thoroughly impressive fan-service from its realistic environment and amazing lighting that almost pops out of your screen. Aloy has some great attention to detail and moves with this human-like grace. I also like the distinction between the robots in this game compared to living creatures and all in all, Guerrilla Games should be commended in creating this amazing wintery wonderland in the game… oh… the falling snow is almost to die for. Complementing this is the professional voice acting, sound effects and musical score that creates this epic blockbuster experience on the PlayStation 4, even though it is just a DLC. 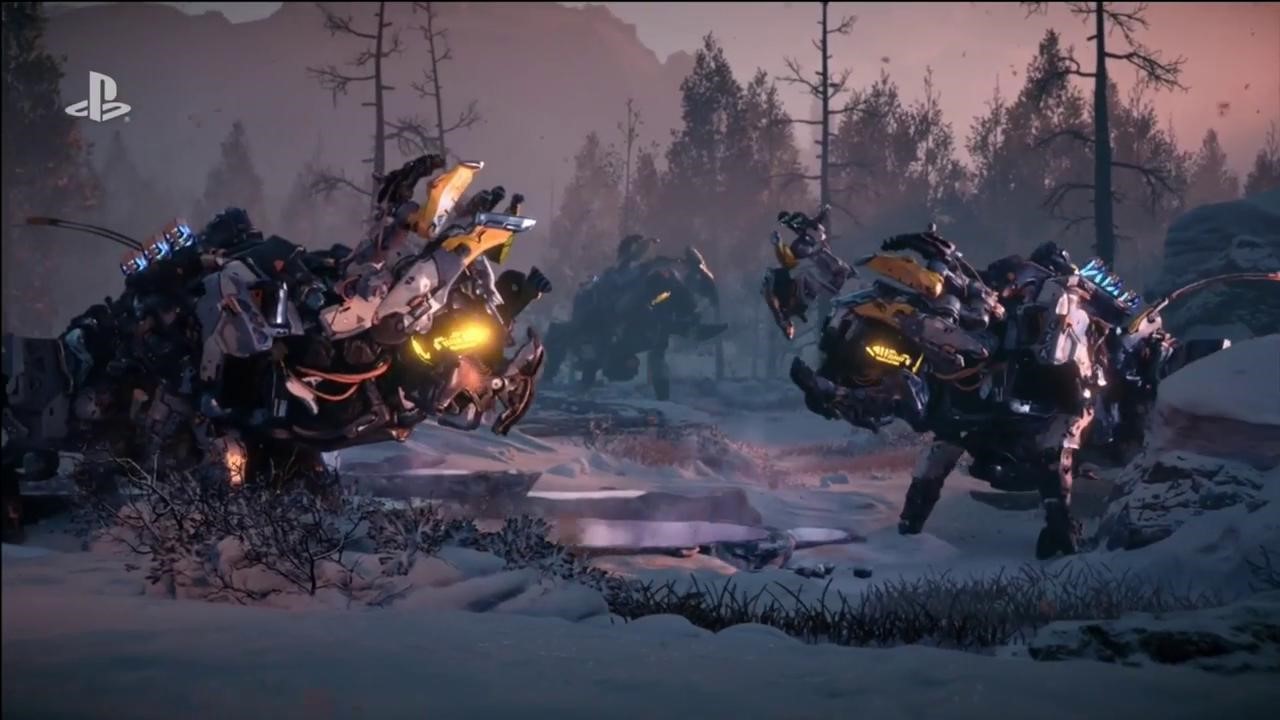 If you enjoyed Horizon Zero Dawn and want to revisit this universe again, The Frozen Wilds is a must have DLC that give the player an impressive area to explore as Aloy. Given that most players should be able to finish this game in around 10-12 hours, exploration is definitely the key to increasing the longevity of this DLC and once you have finished the main mission, you’re free to continue exploring. Horizon Zero Dawn: The Frozen Wilds succeeds at giving the fan a well-thought out DLC from start to finish.