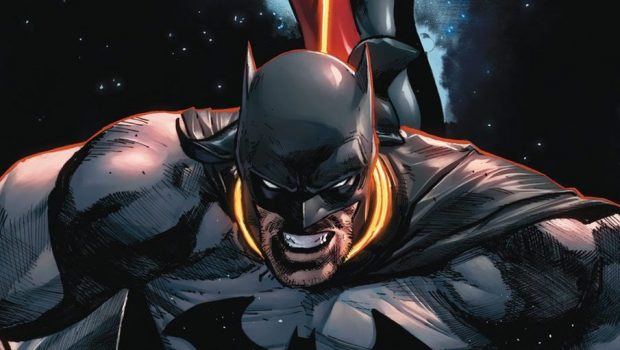 After the cataclysmic events from the first issue of Heroes of Crisis (https://www.impulsegamer.com/heroes-in-crisis-review-spoilers/) which saw a group of heroes brutally murdered, including fan favourite Wally West (aka The Flash), the creative team of Tom King (writer) with artists Clay Mann and Travis Moore bring us the next installment of this controversial story that split the fandom world of DC Comics.

The issue opens up with Poison Ivy visiting the Sanctuary that was created by Superman, Wonder Woman and Batman as a place where heroes could come and receive counseling from AI beings. So what is Poison Ivy doing there? Well her friend Harley Quinn has sneaked this eco-terrorist into the Sanctuary. So when the issue then comes back to the present, Harley who may have been responsible for the death of these heroes comes to the Penguin in order to seek his help as she believes the entire pantheon of DC heroes will be searching for her.

Elsewhere, Batman is performing an autopsy on Commander Steel who was one of the victims found at Sanctuary where he finds one of the Joker’s teeth in this heroes throat. So with the trinity of the DC knowing that Harley was at the Sanctuary, Batman, Superman and Wonder Woman question this anti-hero as to what happened where she boldly informs them that Booster Gold killed everyone. With a twist of fate, Harley manages to steal Wonder Woman’s Lasso of Truth and captures Batman in order to escape the trinity.

As we return to Booster Gold (the second suspect) who has been healed by his loyal robotic sidekick Skeets after his brutal battle with Harley, he discloses that he was at the Sanctuary for his own personal reasons where he saw Harley kill the heroes, however she informed him that he was the murderer. Booster also has a moral dilemma of whether he should hand himself in or try to solve this mystery himself. However when the Flash (Barry Allen) learns that Wally is dead, he tracks down Booster Gold. The issue ends with a mysterious source giving Lois Lane the information about the Sanctuary as Clark Kent questions his dual identity.

Although not as powerful as the previous issue, Tom King only delivers a handful of clues in this issue about the mass murder in the first issue. I felt that issue 2 focused on the vulnerabilities of the heroes of the DCU which did work well. The dialogue was good, although a few moments such as Harley Quinn defeating the trinity was a little far fetched or Batman being caught again lying to his friends Superman and Wonder Woman again. The art was great, however it did seem a little disjointed compared to the first issue due to the two artists but all in all, a relatively solid issue about the mystery of Sanctuary. 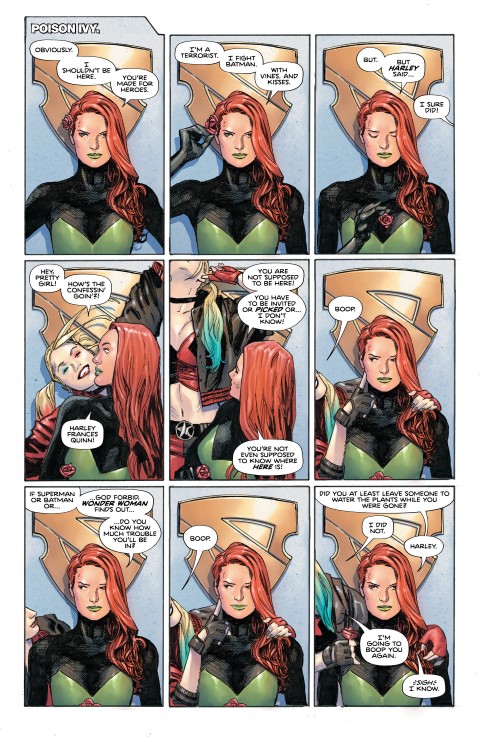 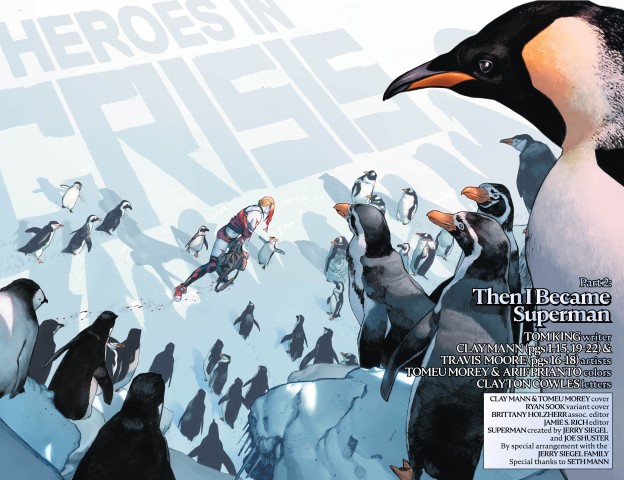 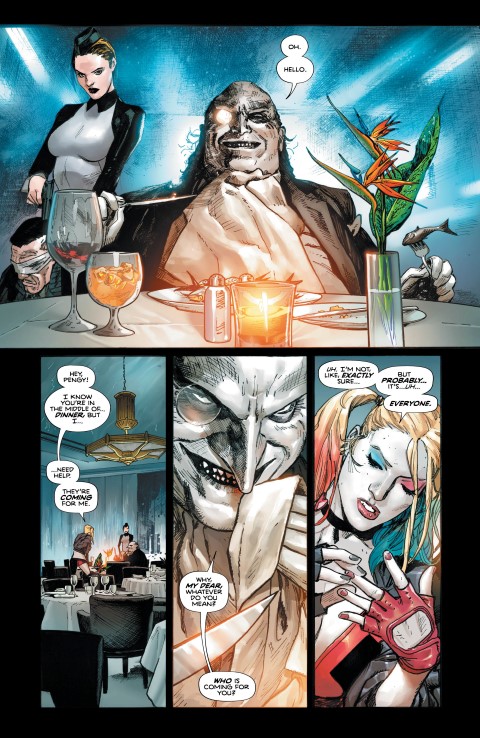 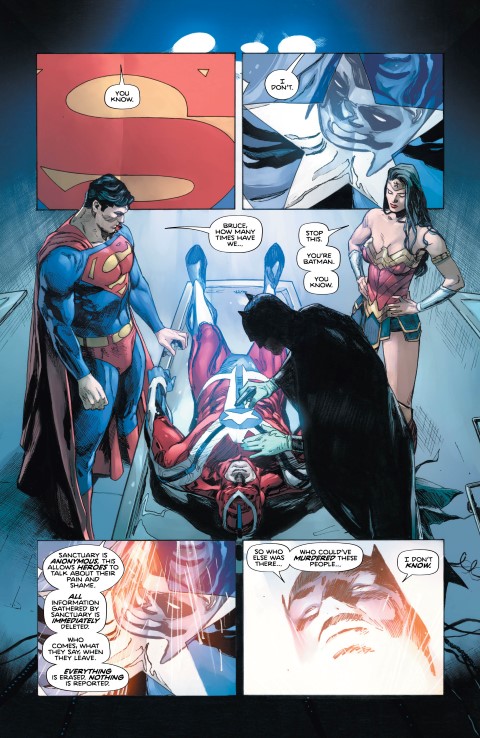 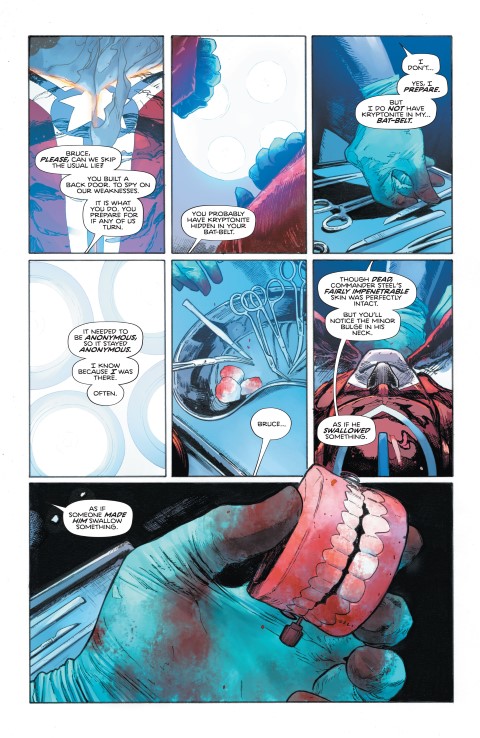 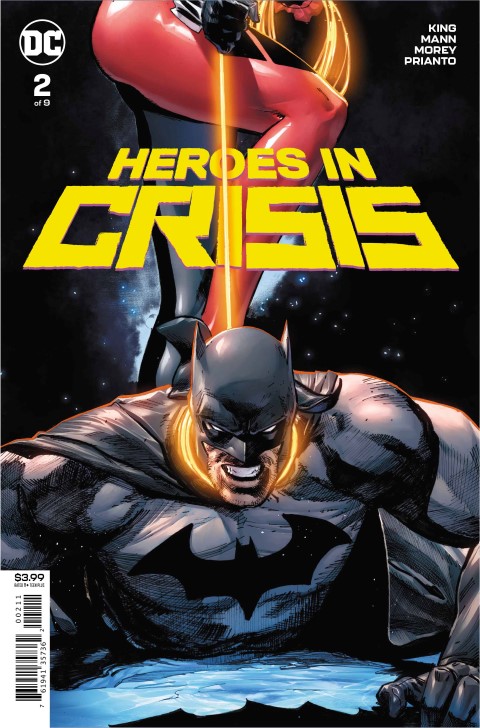 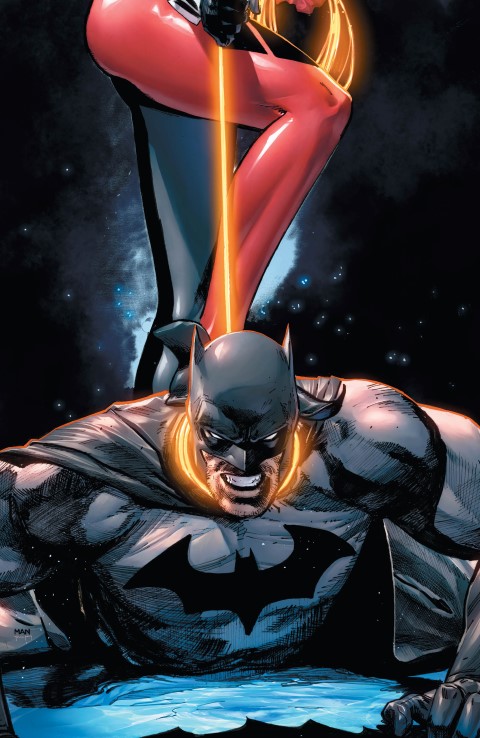 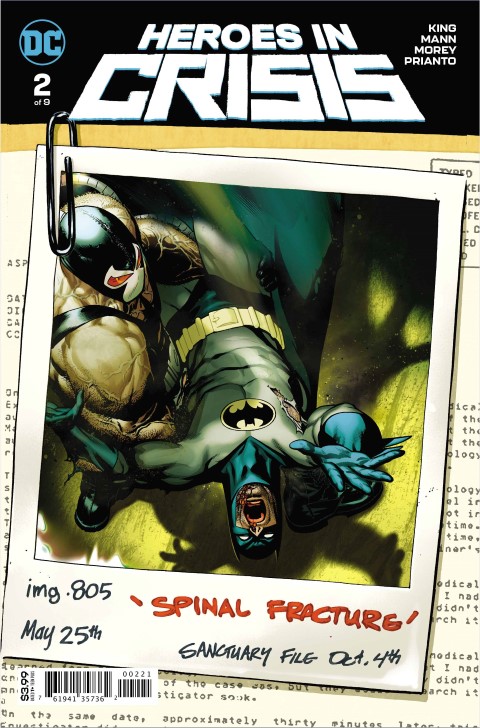