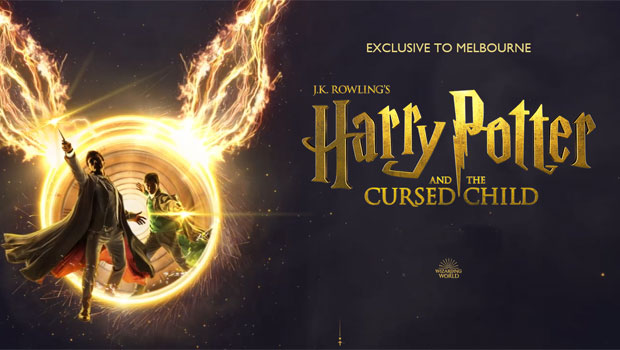 Summary: The re-imagined Harry Potter and the Cursed Child Melbourne is a must-watch play for fans and theatre-goers alike.

Harry Potter and the Cursed Child is undoubtedly one of the most magnificent, award-winning theatre productions to grace Melbourne, and three years after its original debut, post-COVID, the show returns to capture a new wave of audiences – with a few tweaks to the original runtime.

Having grown up on Harry Potter, I’ve quietly watched from afar with admiration as its universe slowly expanded beyond the books. After watching the latest premiere, it’s safe to say the magic of its world translates to the stage perfectly, and this new reimagined version is a must-see.

So, what exactly is different – and are the changes good, or bad?

Firstly, the new restaged version of Harry Potter and the Cursed Child streamlines what was once a two-part, six-hour show into a single three and half hour session for better accessibility and affordability, with a promise that none of the theatrical ‘magic’ is lost with the new format. 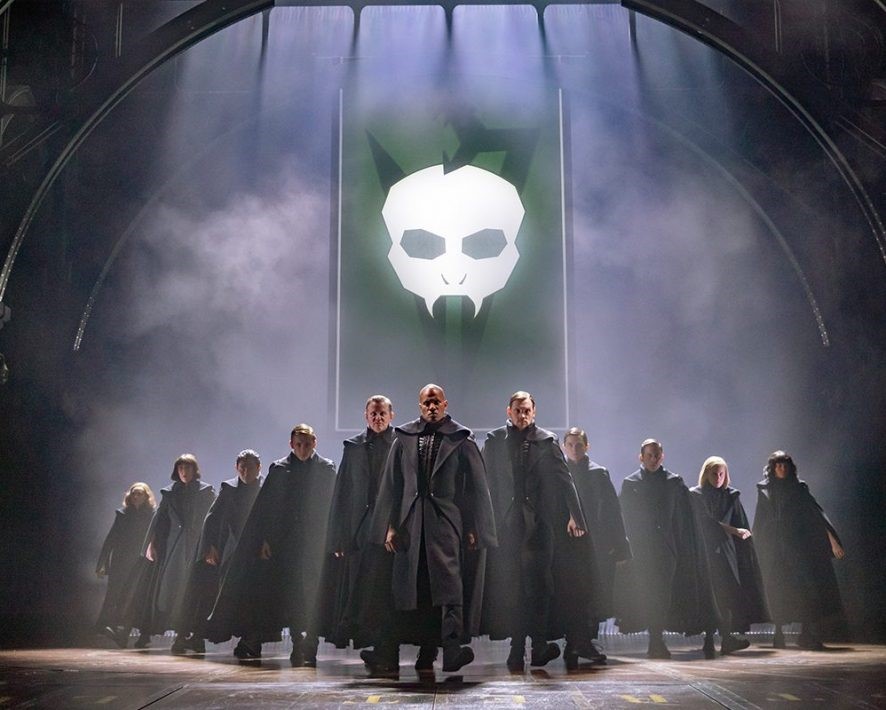 Even as a newcomer without the original version as a reference point, it’s clear the production’s highly praised stage design, illusions and special effects are indeed intact and well-earned, with entire parts of Melbourne’s Princess Theatre modified to accommodate the spectacle, and every cast member, main and supporting, sporting fantastic costumes authentic to the setting and plot.

Student hijinks aboard the Hogwarts Express are enhanced tenfold with an intense segment on a moving train, while the adrenaline-pumping dazzle of magical duels is fully realized with actors seamlessly hovering about the stage as they cast a motley of franchise-famous spells, the air visibly shimmering in front of your eyes every time a powerful spell is cast. A standout sequence has foul Dementors float right above the audience, their ghastly terror up-close and personal.

Where the shortened runtime is evident is in the opening half-hour. The dialogue moves along at break-neck speed to re-introduce the famous trio of Harry, Ron and Hermione, now older and wiser, and establish their less familiar children as the beating heart of a new adventure. Entire school years fly by in mere minutes. Thankfully, the pace slows down, and the next generation of students are fleshed out with plenty of nuanced character development. There is never a feeling of haphazardly cut content, and I appreciated being able to watch the full story in a single sitting. 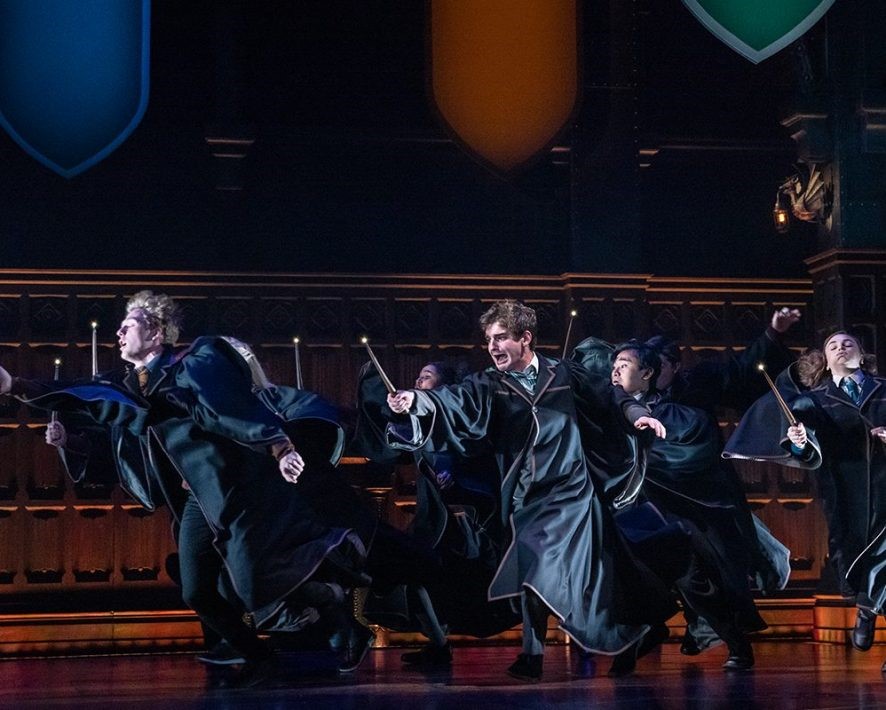 As the title implies, the Cursed Child casts considerable focus on Albus Severus Potter, the youngest son of Harry Potter and Ginny Weasley, and his first four years attending Hogwarts School of Witchcraft and Wizardry, exploring the pressures of living up to his famous father, now busy as Head of Law Enforcement of the Ministry of Magic cleaning up the magical underworld.  After meeting Scorpius Malfoy, the unloved child of series favourite bad-boy Draco Malfoy, the two form an unlikely (and entertaining) bond and set off on a dangerous, high-stakes journey.

Story-wise, The Cursed Child requires much suspension of disbelief (yes, I’m aware it’s a story about magic) to enjoy some of the character decisions and plot twists, and it does fall in places – namely in its decision to make the driving force of the main drama a multiverse-esque artifact that seems to contradict or break the original series’ events and rules around magic. But it never falls into the trap of relying on the nostalgia for the older characters to the detriment of the new.

In fact, Albus Severus Potter and Scorpius Malfoy are undoubtedly the stars of the show, and the script and narrative leans into their mismatched personalities and shared burden of famous families to great effect, defying audience expectations in more ways than one – even as the play rapidly shifts between their adolescent mishaps and the more adult problems of their parents.

The snappy dialogue delivery and charisma of the Melbourne cast do wonders to make the huge time-jump feel like a natural extension of the original books, with Ben Walter and Nyx Calder (Albus and Scorpius) fun, funny and captivating in all their interactions, displaying a natural chemistry. Gareth Reeves (Harry) handles the big task of portraying a middle-aged Boy Who Lived with gravitas and a scene-stealing presence, while Michael Whalley and Paula Arundell (Ron and Hermione) provide much needed humour and warmth in between the darker points.

The supporting cast are equally captivating, but felt underutilised in certain points. Lucy Goleby (Ginny) brought levity to every scene but wasn’t encountered often separate from Harry, while Aisha Aidara (Rose Granger-Weasley) is a non-factor past the opening scenes. Lachlan Woods (Draco) was fantastic as the sneering but slightly grown up Malfoy patriarch, but doesn’t get as much time to explore the frayed relationship with his misfit son as I’d have liked. Perhaps, then, this is one minor consequence of the condensing of the original play, but for all but the most hardcore fans, there is still plenty of interactions to watch and enjoy in awe of the performers. 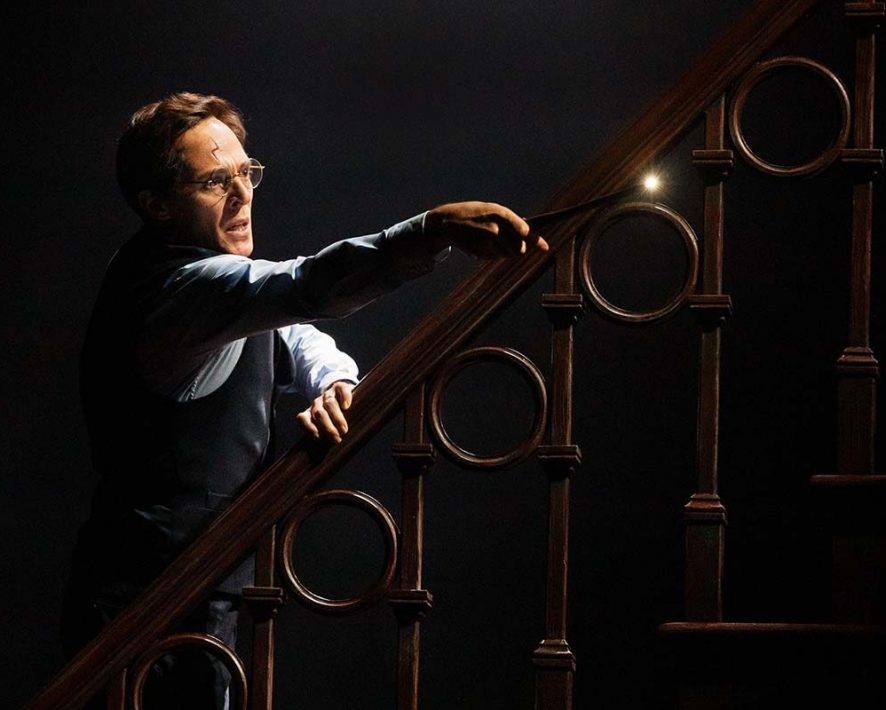 The part I was most impressed with was that none of the bombastic spectacle of the setting or special effects overpowered the illusion of the quieter, serious character drama moments. The penultimate scene, with only off-screen sounds and the cast’s sorrowful expressions as they face the audience, was the most powerful, emotionally-moving moment of the entire play.

The 2022 version of Harry Potter and the Cursed Child is a must-watch for casual and long-time fans of Harry Potter, and anyone who appreciates the enduring talent and spectacle of Australian theatre production and talent. The play remains very faithful to the books in nearly every manner, and its transition to the stage brings a new, enjoyable dimension to the mysteries of the magical world it portrays so lovingly. The streamlined running time also makes it more accessible to those who may not have a spare six hours for a show, without feeling like substantial cuts were made to the detriment of the story. Highly recommended. 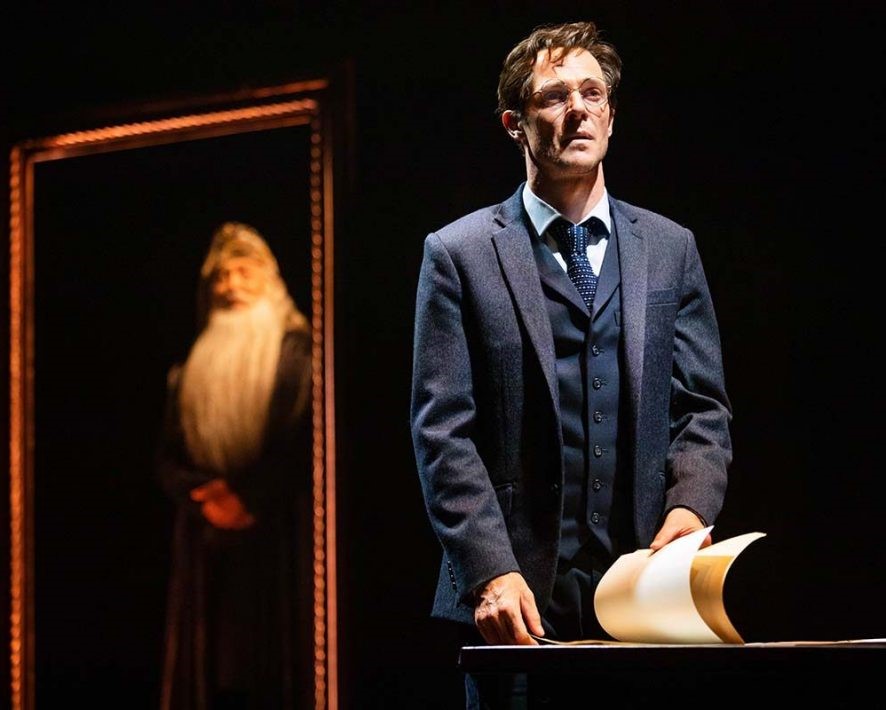 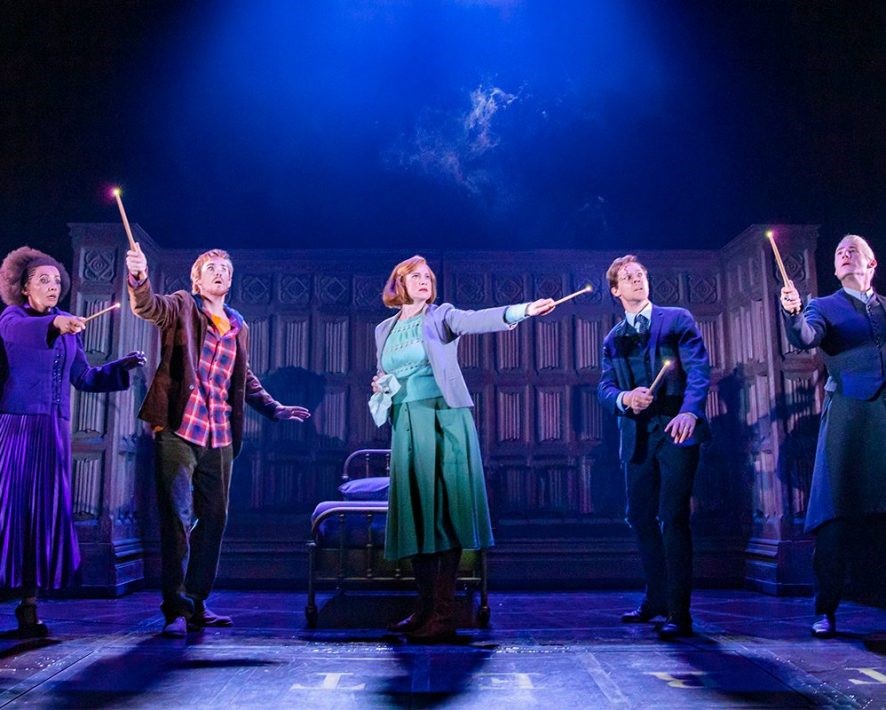 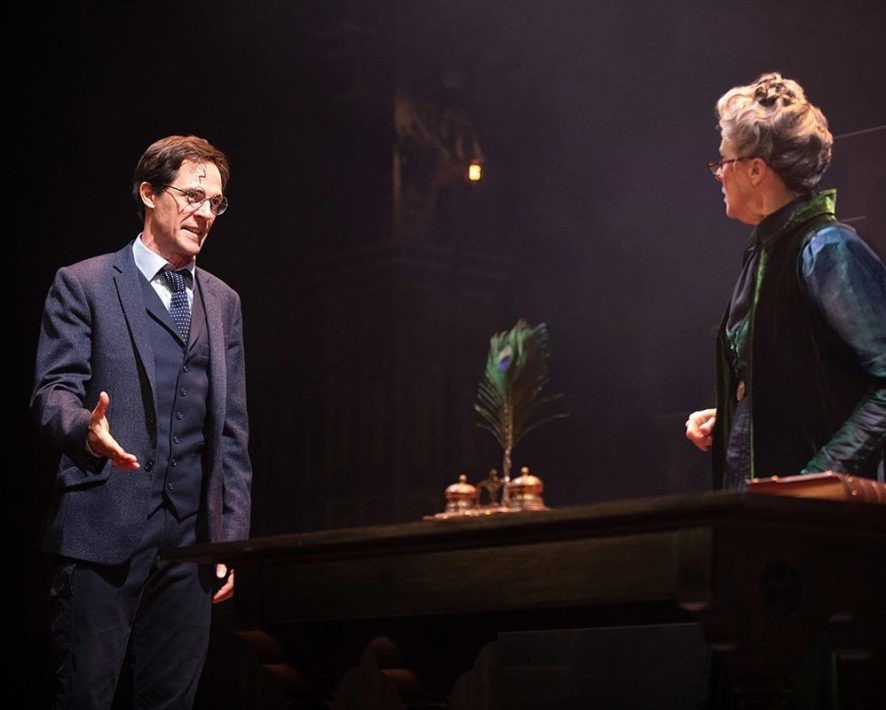 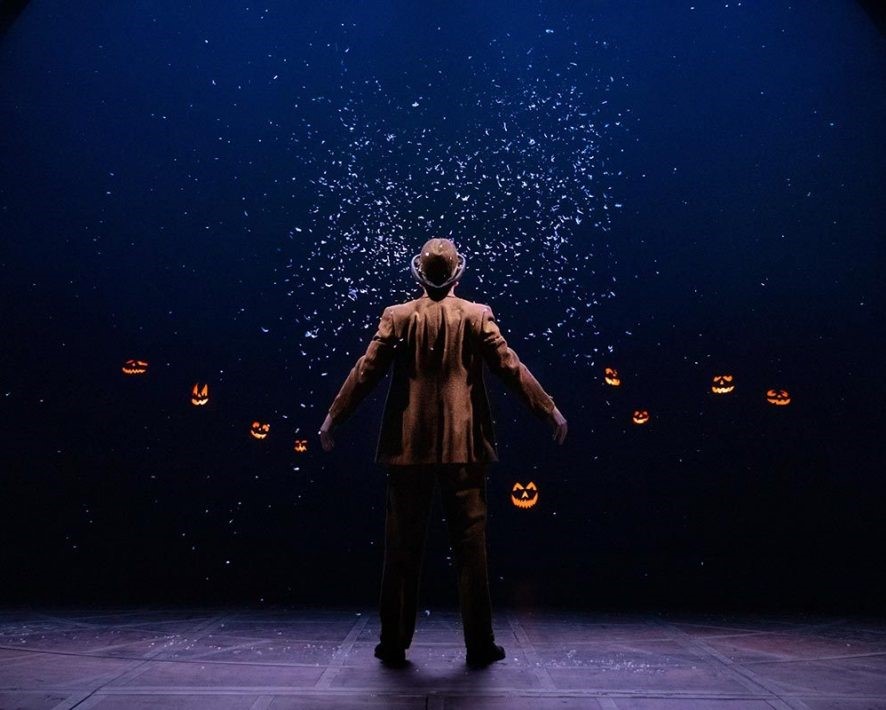 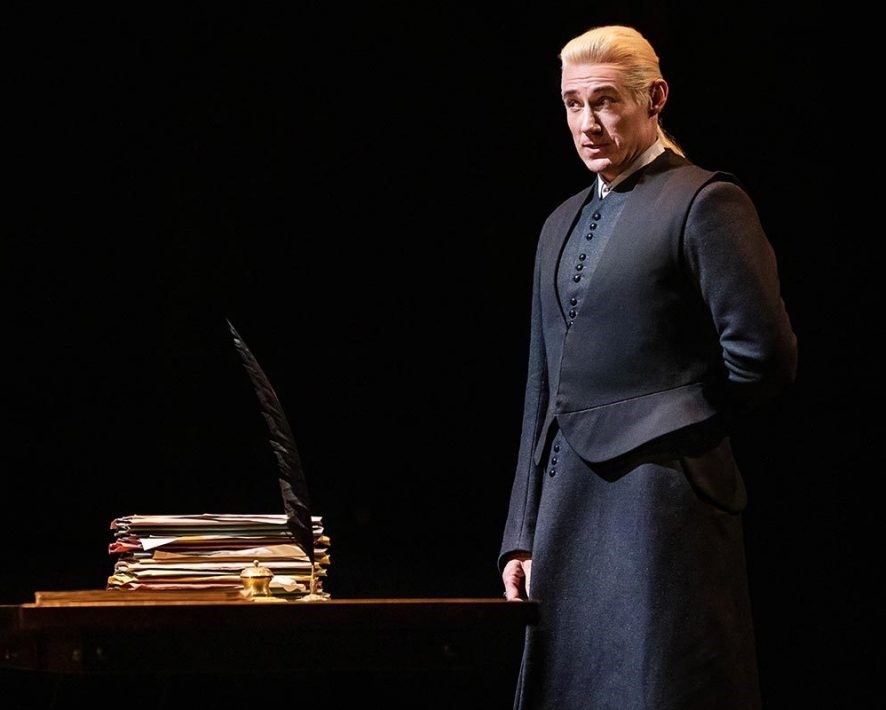 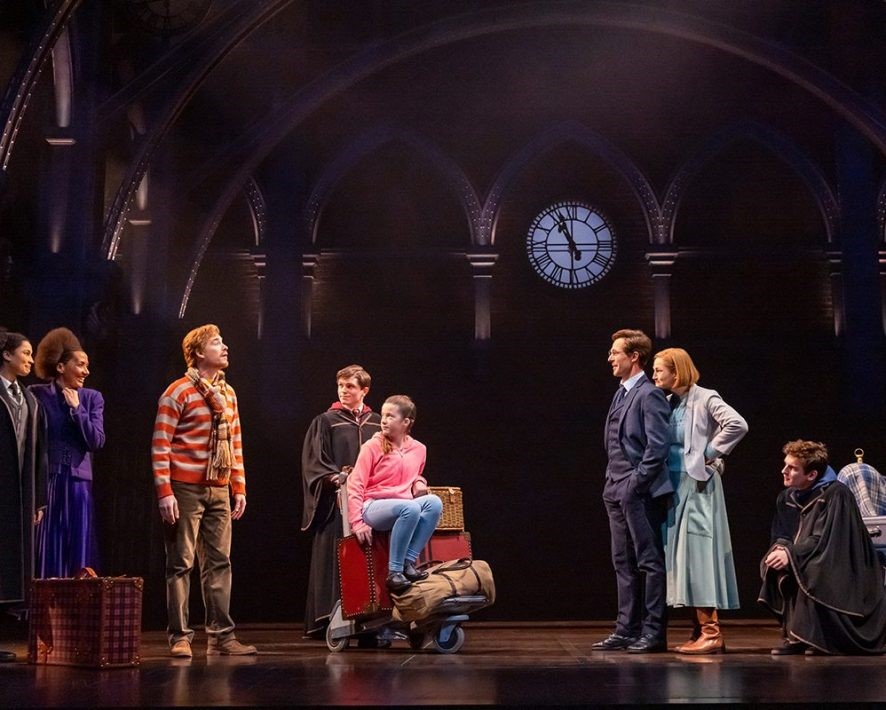 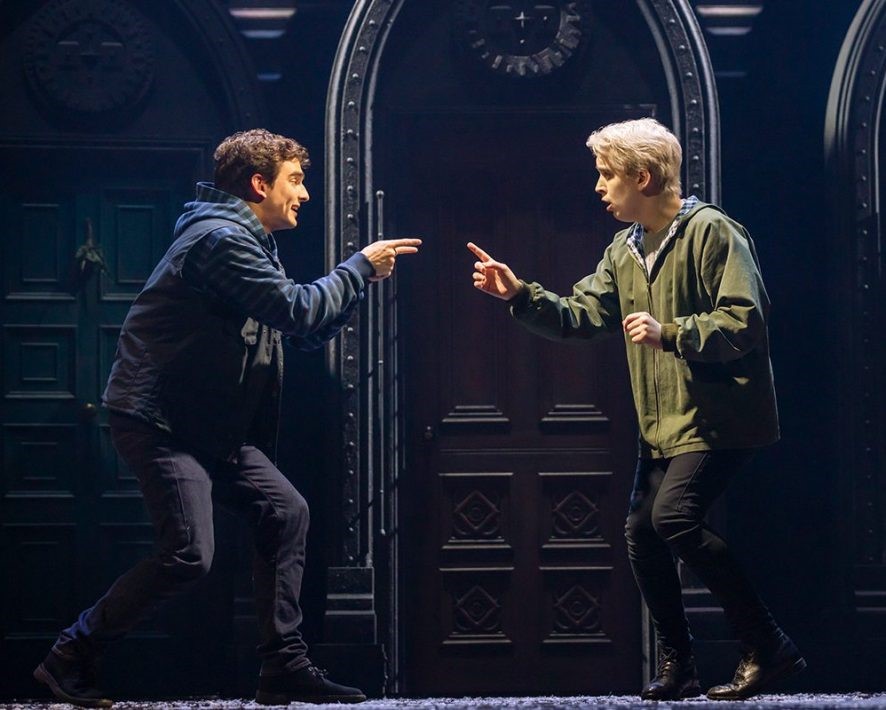 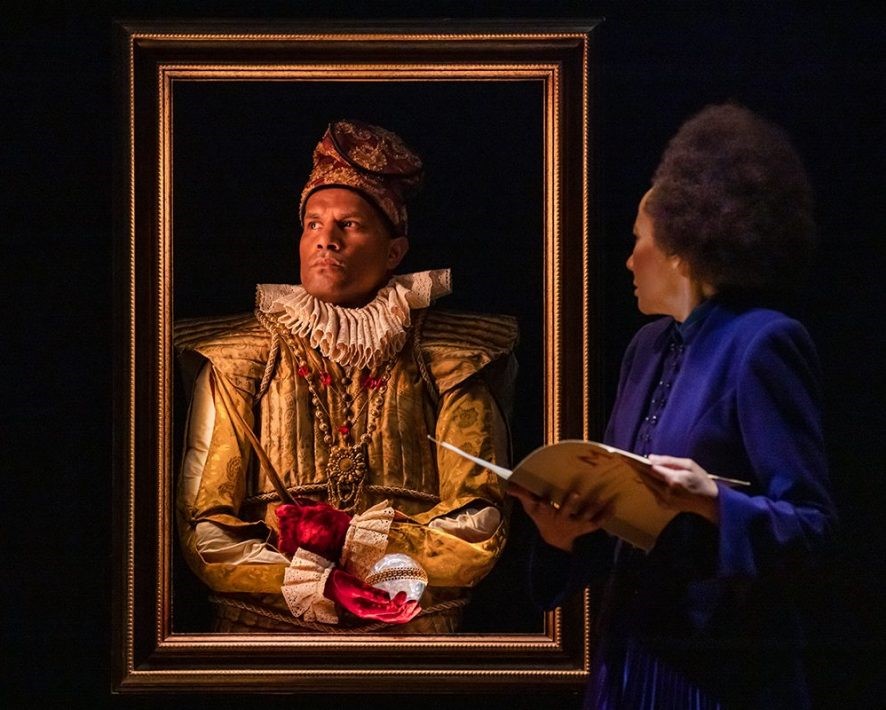 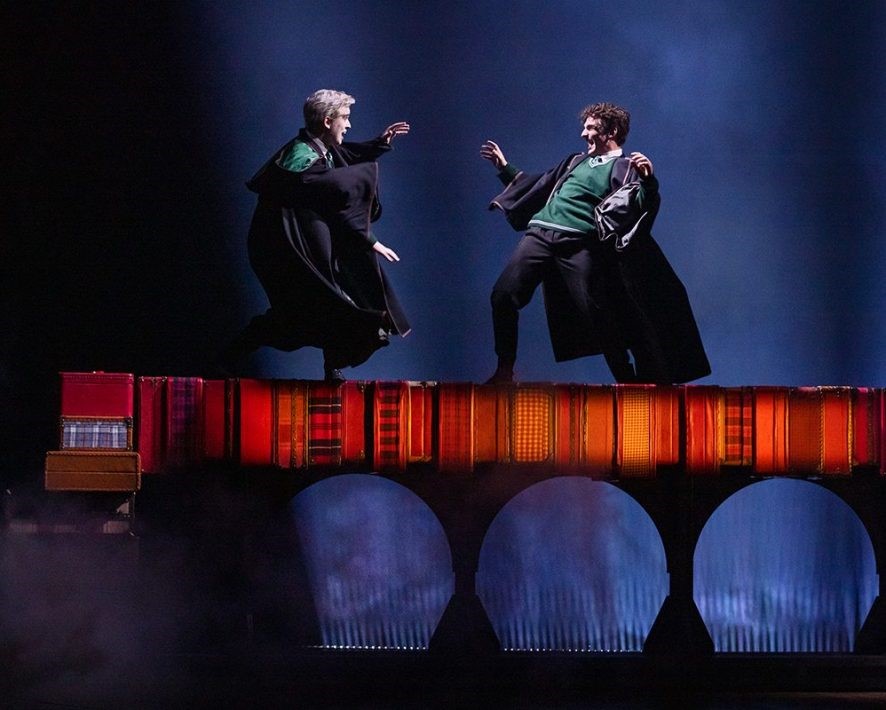 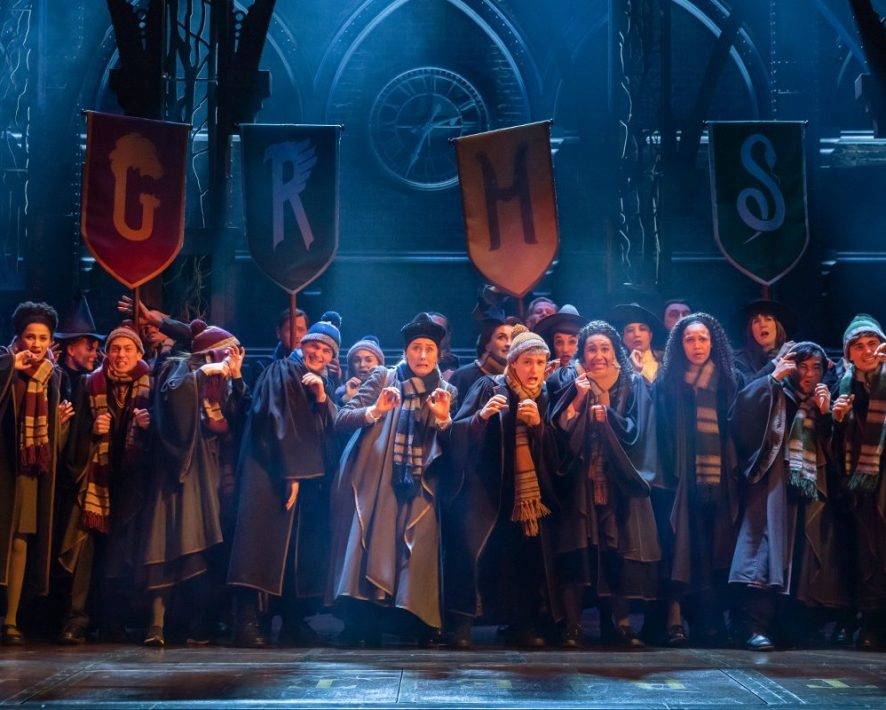