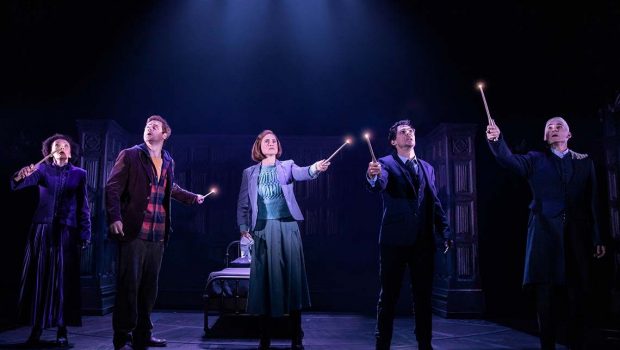 Summary: Harry Potter and the Cursed Child brings to the theatre the same level of spectacle that we've come to expect from J.K. Rowling's Wizarding World. An exciting celebration of the Harry Potter series.

It’s hard to believe just how long Harry Potter has been around. Starting with the original novel Philosopher’s Stone in 1997, the series erupted in popularity with its wonderfully crafted world. Harry Potter taught an entire generation valuable life lessons about death, depression, friendship, politics, war and love. While Harry’s adventures officially came to an end with the final film Deathly Hallows Part 2 in 2011, the children who grew up with Harry kept getting older without him. Sure, the film franchise continues with the Fantastic Beasts prequels, but fans still miss Harry, Ron and Hermione. What happens after they grow up? What becomes of their children? Surely life’s troubles don’t end after age 17? After years, Harry Potter and the Cursed Child is here to answer those questions, and it’s finally arrived in Australia at Melbourne’s Princess Theatre. 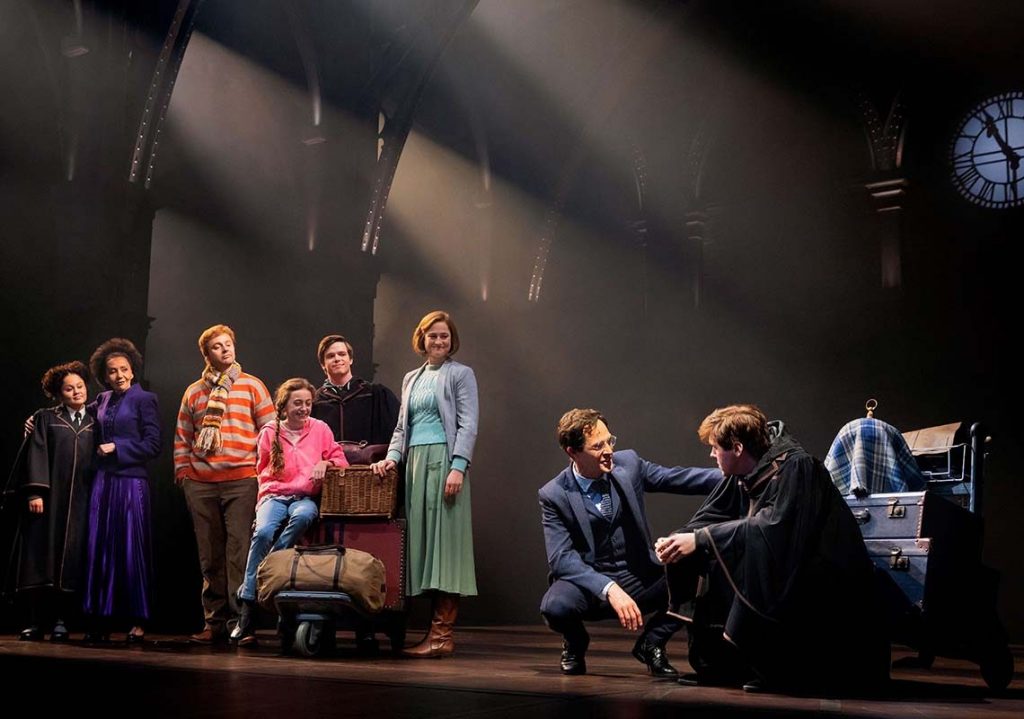 This play is a collaborative effort between J.K. Rowling, playwright Jack Thorne and director John Tiffany to bring the magic of the Harry Potter series to the stage. Cursed Child is a brand new story giving us a peek at the next generation of wizards and witches. Cursed Child kicks off the adventures of Harry’s son Albus and offers extra closure for those who weren’t ready to leave Harry just yet. As you might know, Harry Potter and the Cursed Child has been available to the public in script form for over two years, and this play remains faithful to original script to the final word. For those who’ve been waiting all this time to see the play in person, keep in mind that this review will contain some light spoilers. 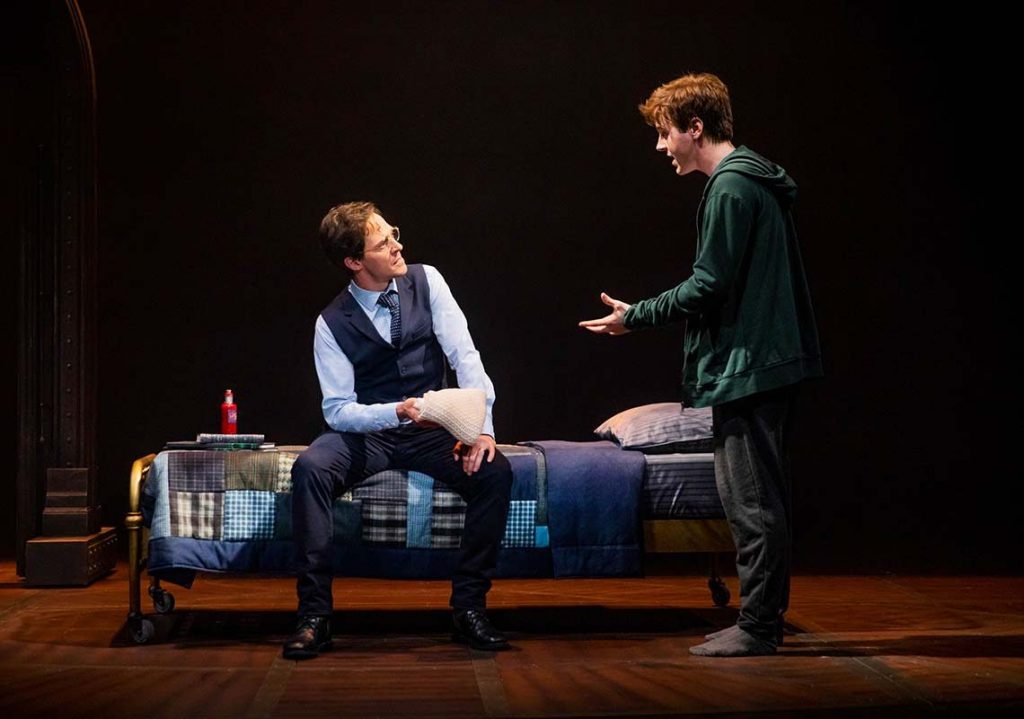 Cursed Child picks up where the original series ended. A middle-aged Harry Potter farewells his children on Platform 9 3/4, but not before giving his son Albus fatherly advice about Gryffindor and Slytherin. Later, the entire school is shocked to see that Albus has been sorted into the house of Lord Voldemort, Slytherin. On top of that, Albus has no natural magical talent like his father. Albus is bullied and isolated at Hogwarts, and living in the constant shadow of his father, the Boy Who Lived puts a strain on his relationship with Harry. His only friend is Scorpius Malfoy- son of Harry’s long-time enemy Draco. Scorpius is also a social outcast due to his awkwardness and an undying rumour that he is secretly the child of the Dark Lord. 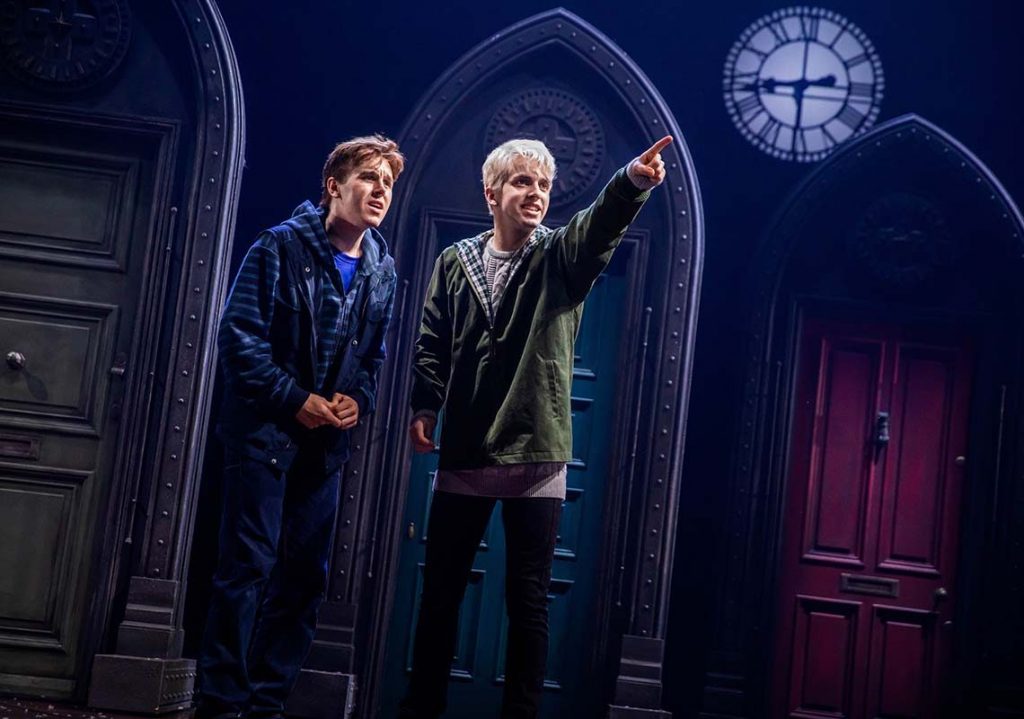 Rumours about Lord Voldemort’s resurrection make the rounds as Death Eaters and their allies begin to rally for the first time in two decades. The situation becomes direr when Harry (now Head of Magical Law Enforcement) confiscates an illegal Time Turner. It is modified and extremely powerful, and can potentially be used to re-write history. Harry is quickly burdened by an elderly Amos Diggory to save the one person who didn’t need to die- his son Cedric. Harry refuses to risk altering time, but an angsty Albus (aided by the mysterious Delphi Diggory) decides that he wants to correct his father’s biggest mistake. What happens next… is history. 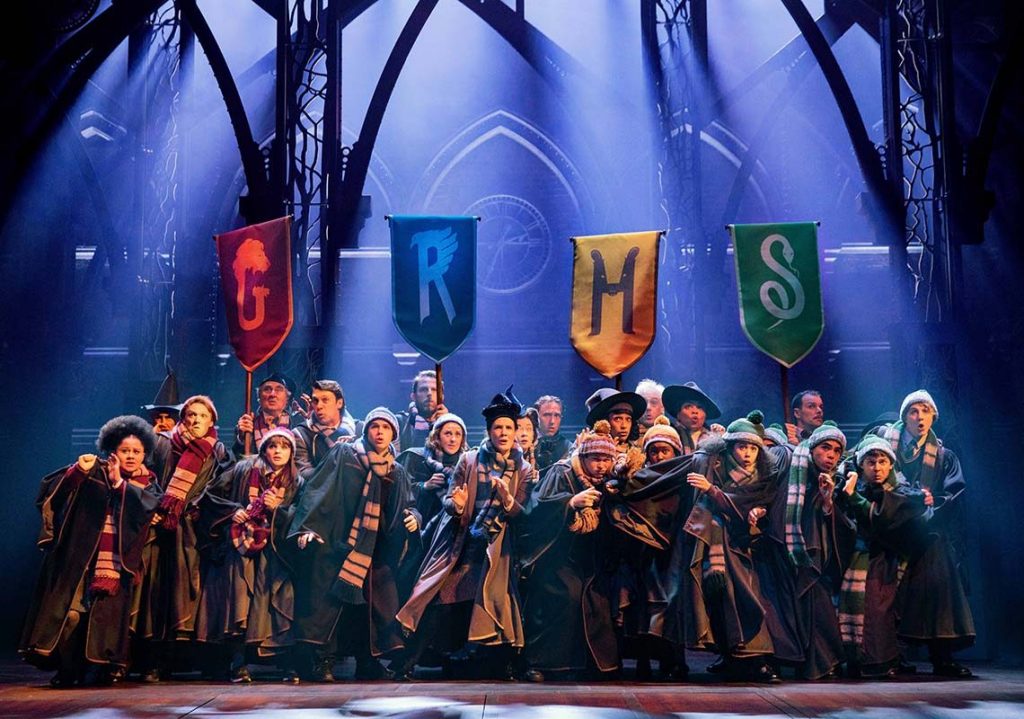 You can certainly read the Cursed Child script and get an understanding of the story, but the play has to be seen to be truly appreciated. The excellent line deliveries by the cast make the more mundane conversations funny and interesting, with the finest theatre actors in the country taking on iconic roles. Every actor has brought out the most of their characters as possible. I have to personally note that William McKenna’s performance as Scorpius Malfoy is a highlight of the show. McKenna’s lovable depiction of the awkward and funny Scorpius subverts all that we’ve come to expect from a Malfoy. 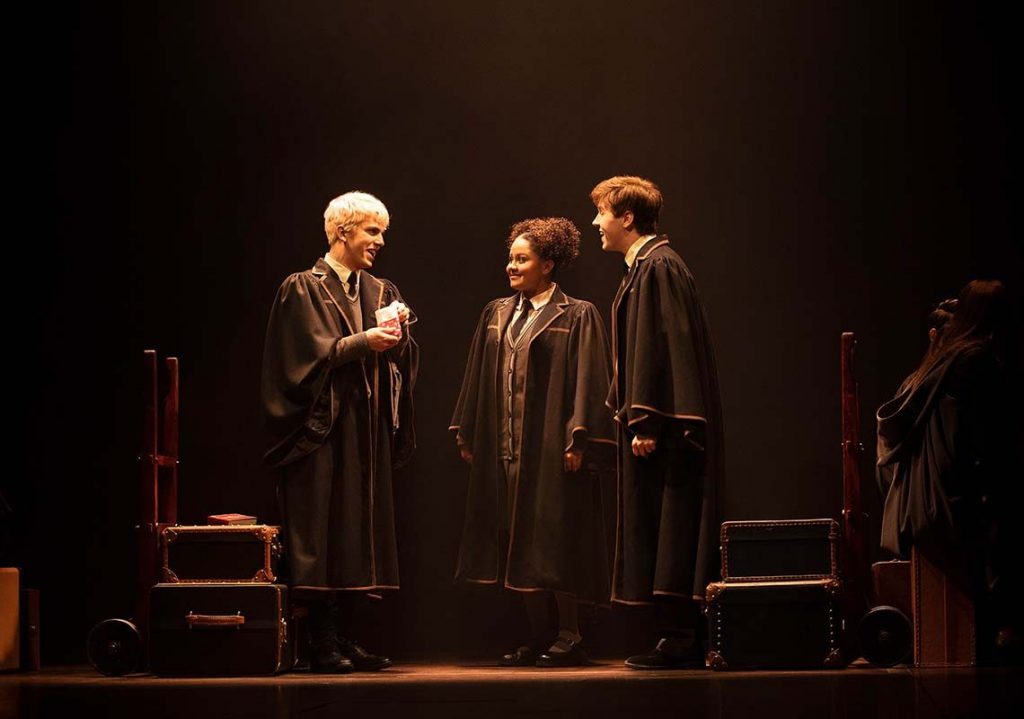 A triumph of special effects

Cursed Child is brimming with magic and wonder, figuratively and literally. Cursed Child is home to undoubtedly the biggest and most mind-blowing special effects ever seen in theatre. We’re not talking about objects hanging on strings here-, there’s some literal magic going on on-stage. Sparks flying out of wands. Bookcases that swallow people whole. People emerging from fireplaces and a dozen other amazing ways to enter a room. The entire room seemingly pulses in ripples of time as the Time Turner is used. A flight of stairs emerges from the ground as it is magically summoned. Hidden messages are revealed in the walls. Dementors descend from the ceiling and fly around the audience. There’s even a pool hidden underneath the stage that characters appear and disappear from. There’s no doubt about it- this play is an immersive visual spectacle. It’s a magic show as much as it is a play. 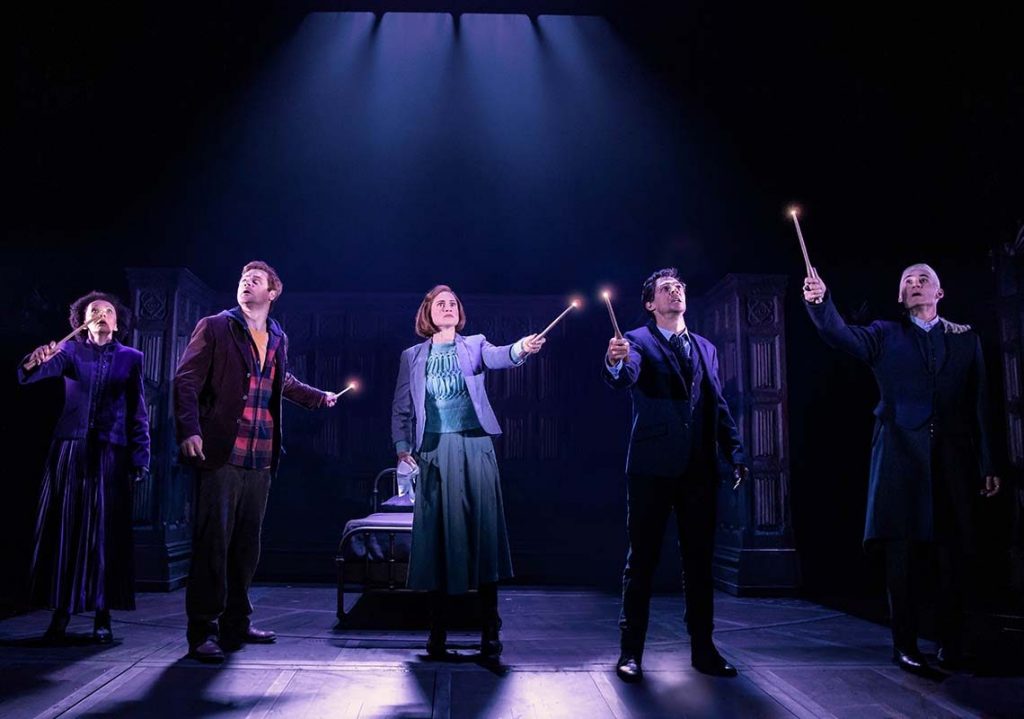 Cursed Child is mainly a time-travel story, which means it’s filled with a lot of predictable tropes. For some, the story may seem to mess with the canon to open some loose ends. To look at it another way, Albus travelling through time and experiencing parts of Harry’s journey for himself (seeing with his own eyes what the world could have become without Harry) opens up a dialogue between father and son for them to bond and sort out the big issues in their relationship. It also serves as a way for the play to temporarily bring back dead characters (Snape in particular) and recreate iconic scenes. 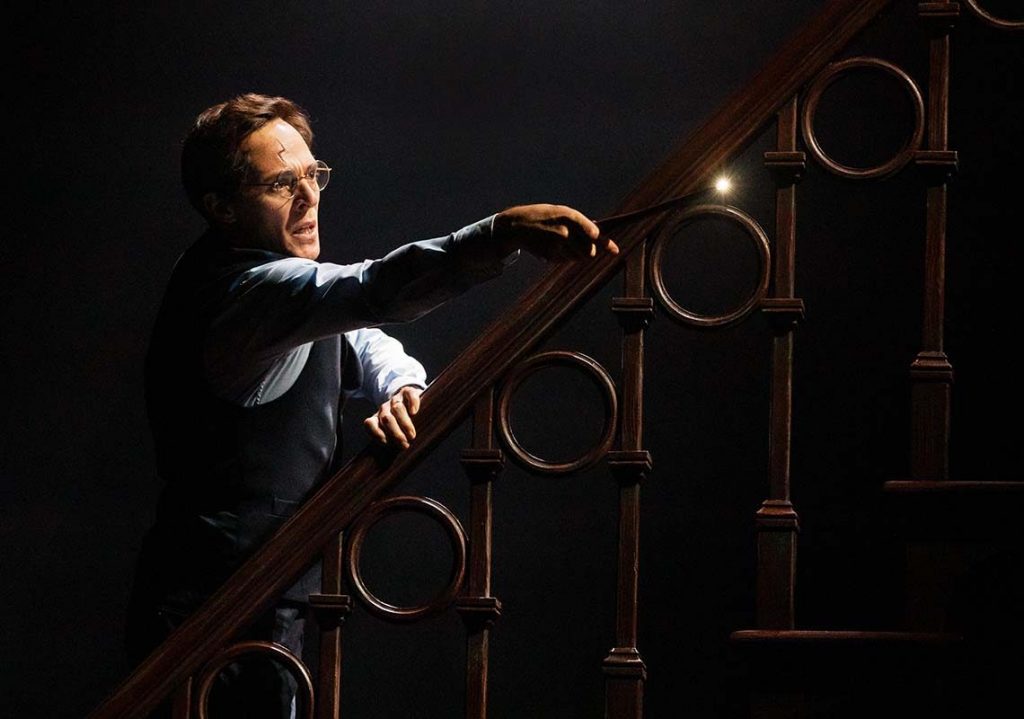 I wouldn’t be so eager to call Cursed Child a true follow-up to Deathly Hallows. I’d call it an extended epilogue that celebrates the series and reflects upon itself. Harry Potter and the Cursed Child begs the question: “What would the world have been like without Harry?” and it leaves us asking the same question. What would our world be like today without Harry Potter?

I could write a list of words overused by reviewers to describe the Harry Potter series over the years. Spellbinding. Magical. Fantastic. Enchanting. Captivating. Illuminating. Read the back cover of a DVD- they’re always there! Yet, I can’t find any better way to describe the performance I saw. Cursed Child is a stunning performance and it constantly wows. There will be a standing ovation no less than three times. Tickets are expensive, and you’ll need two to get the full story. The play is close to five hours long, so it’s split into two parts to make it easier to digest. For those willing to empty their wallet, this is a brilliant night out that won’t disappoint! Absolutely recommended, don’t miss out if you can afford it. 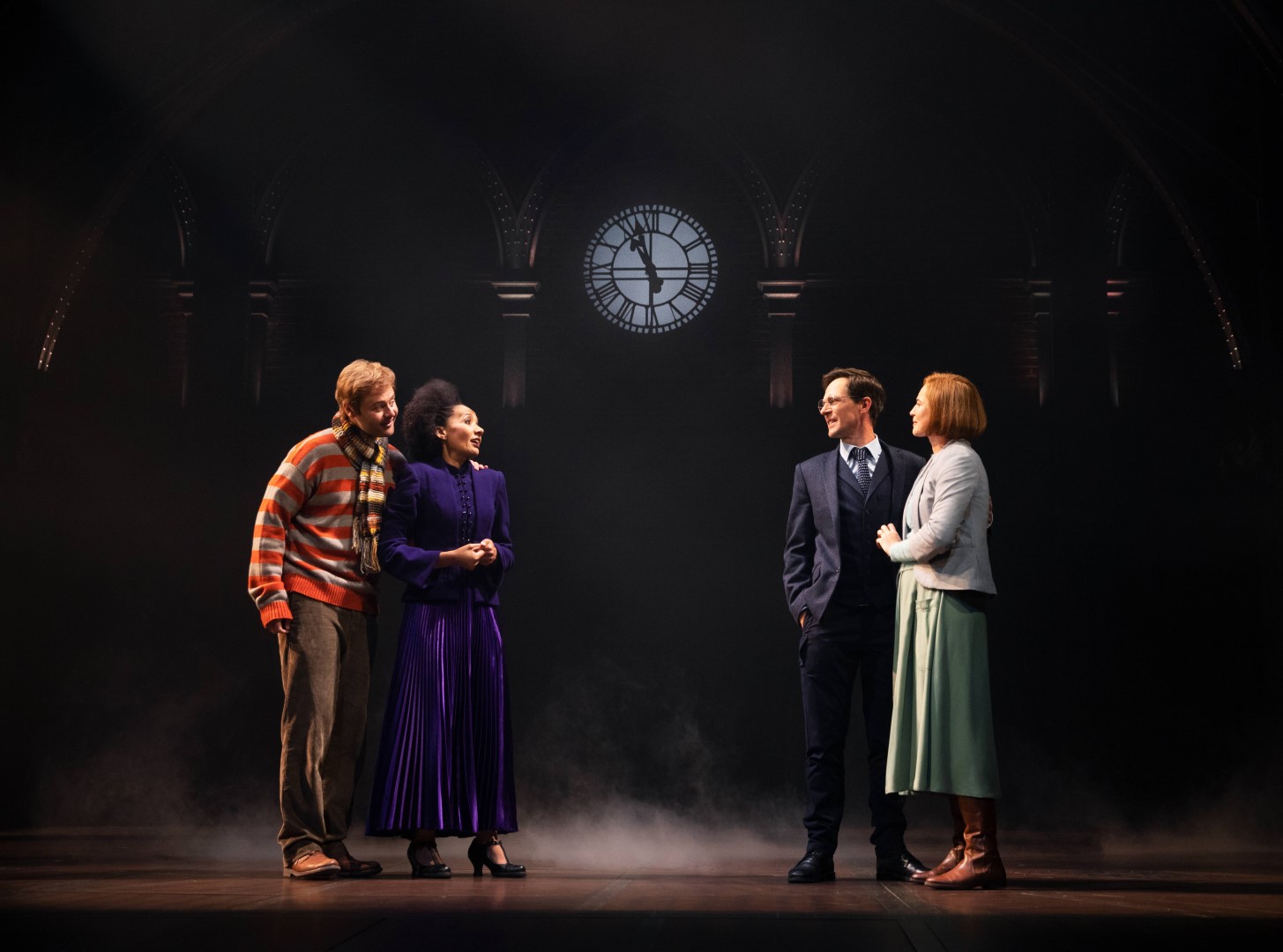 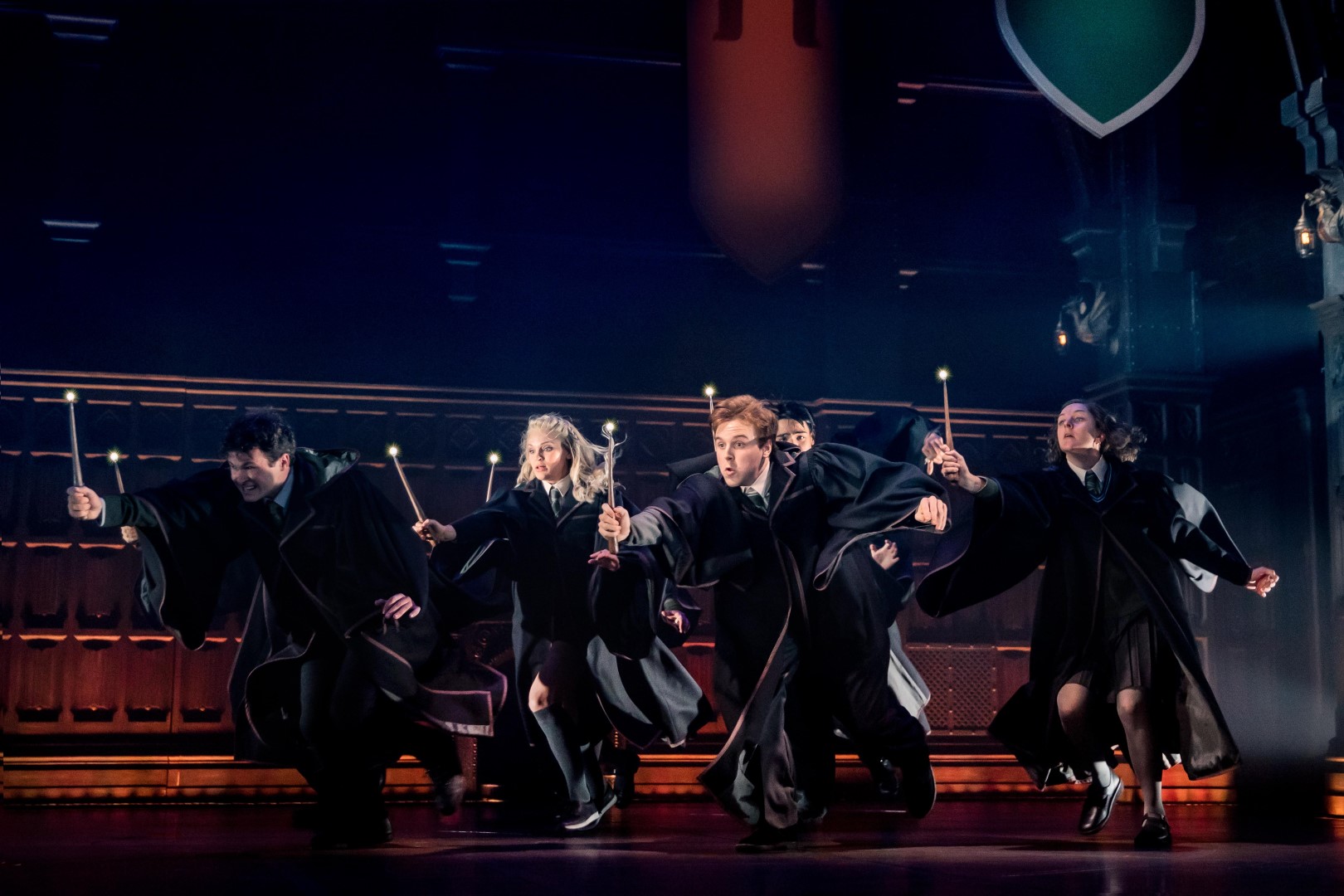 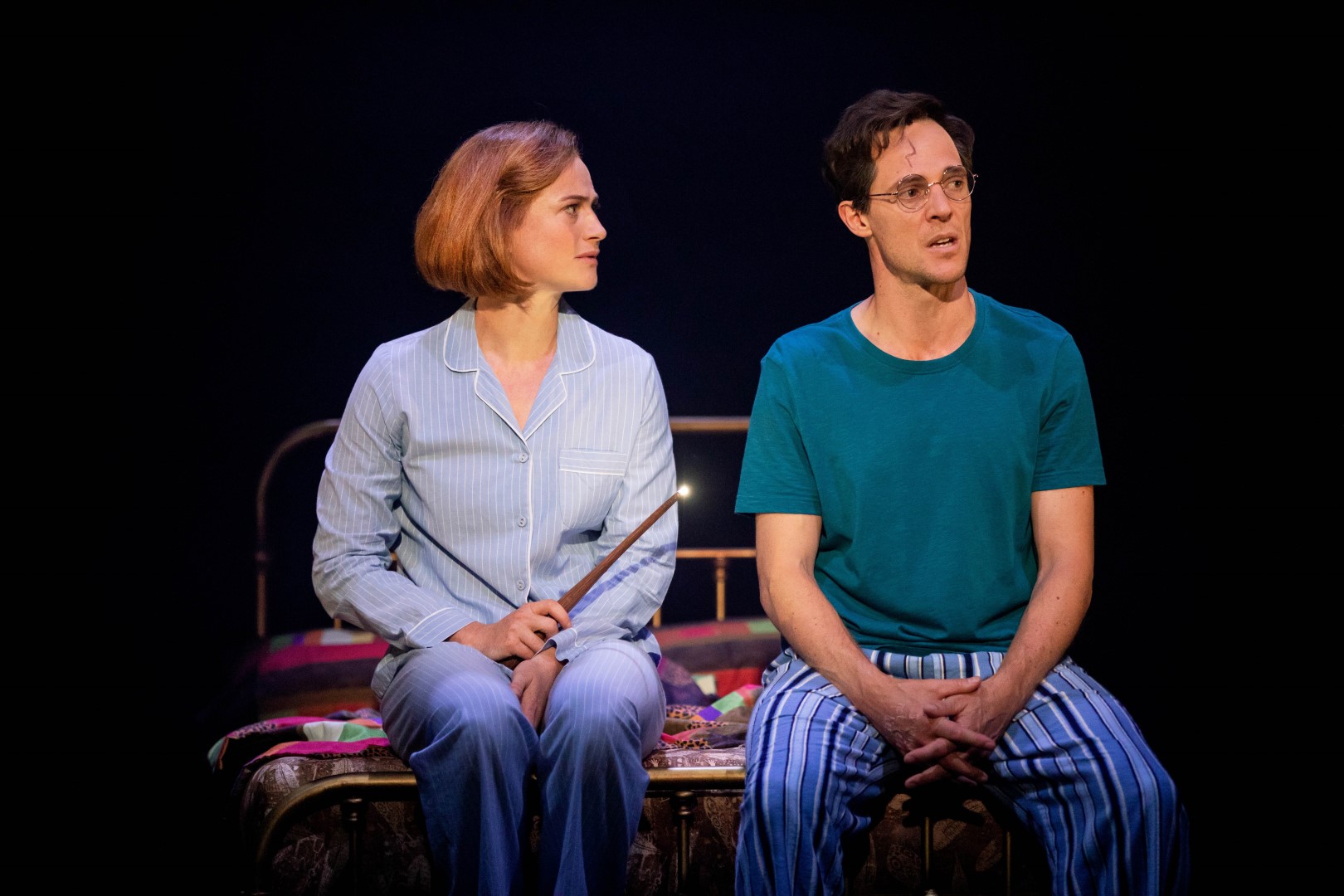 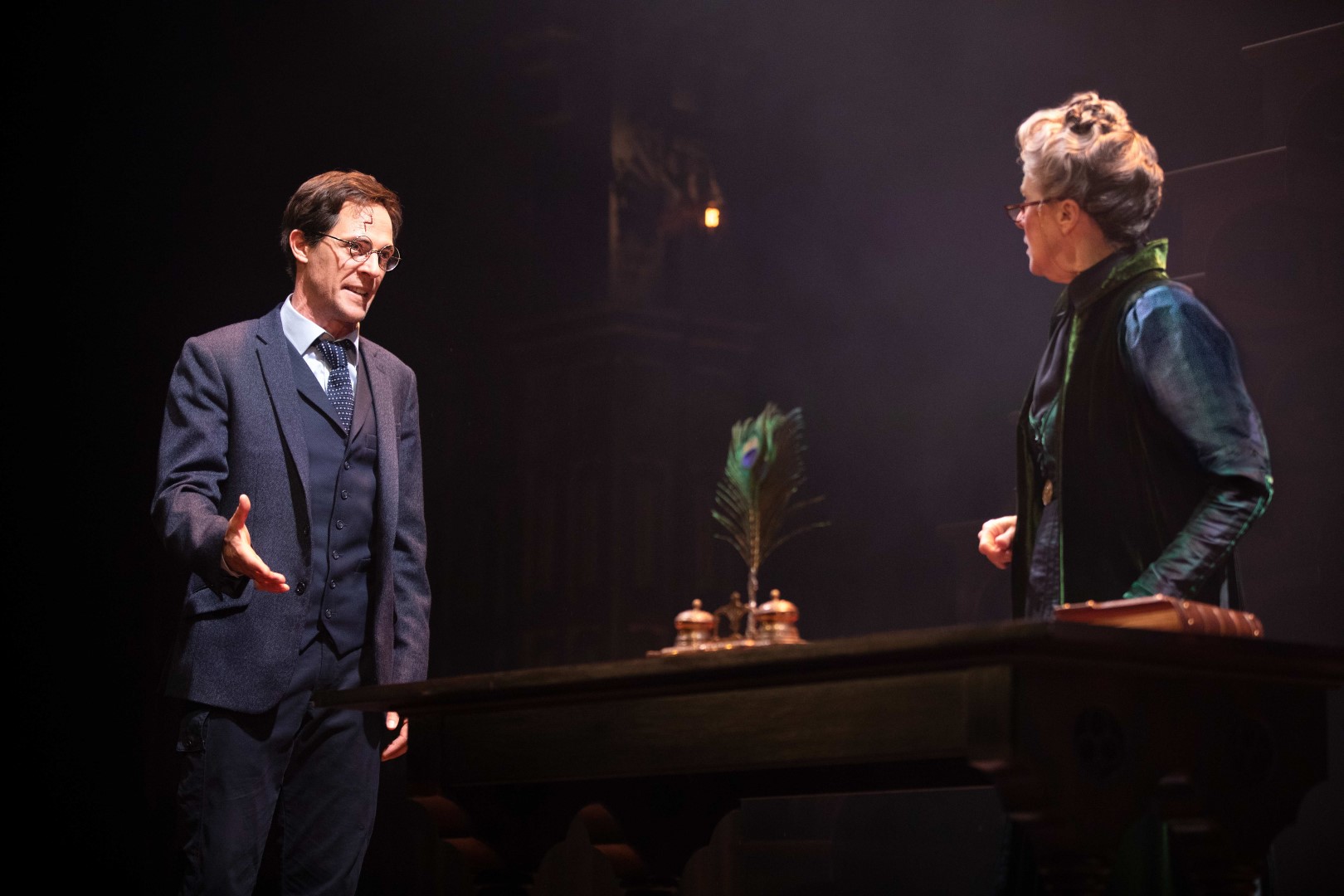 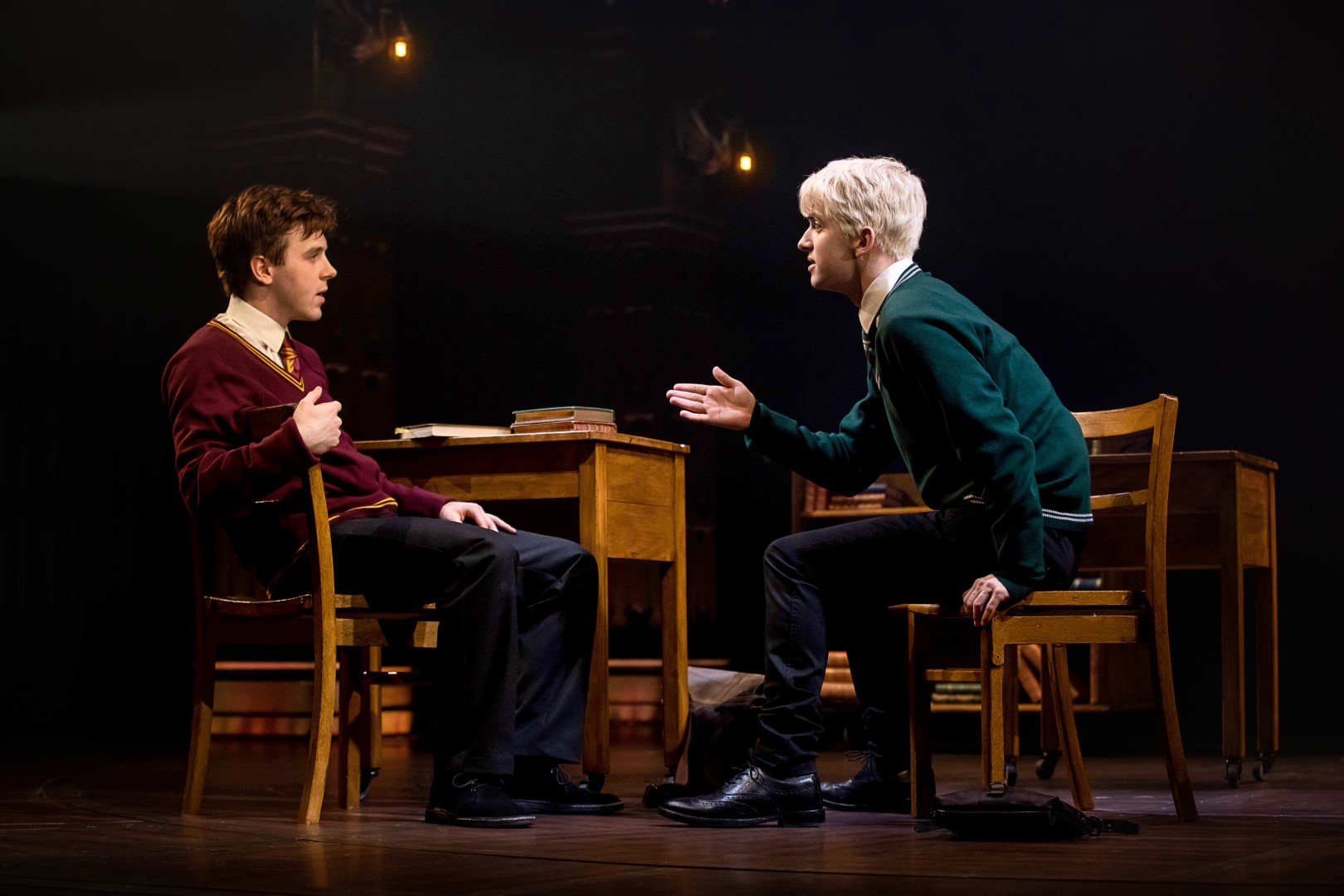 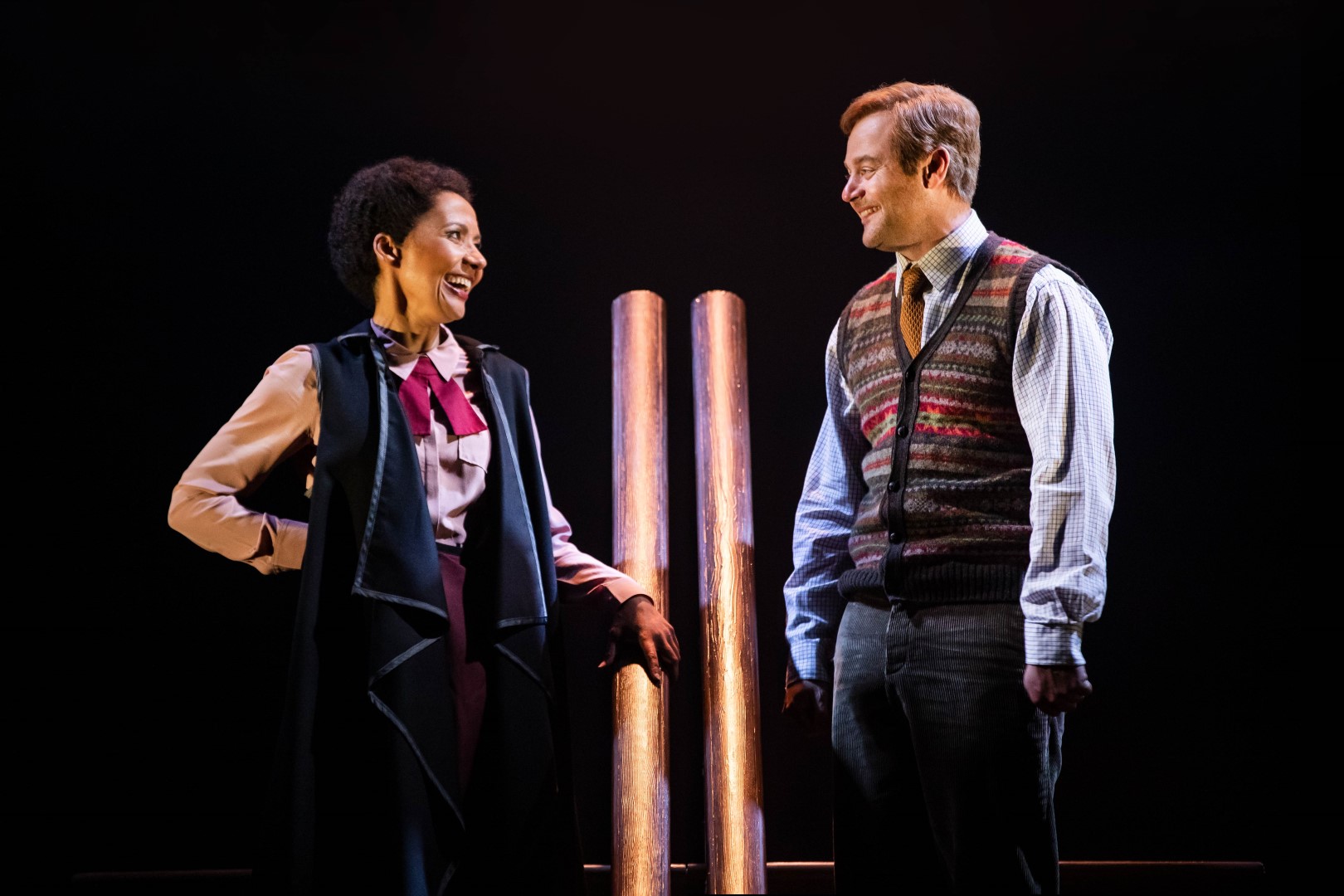 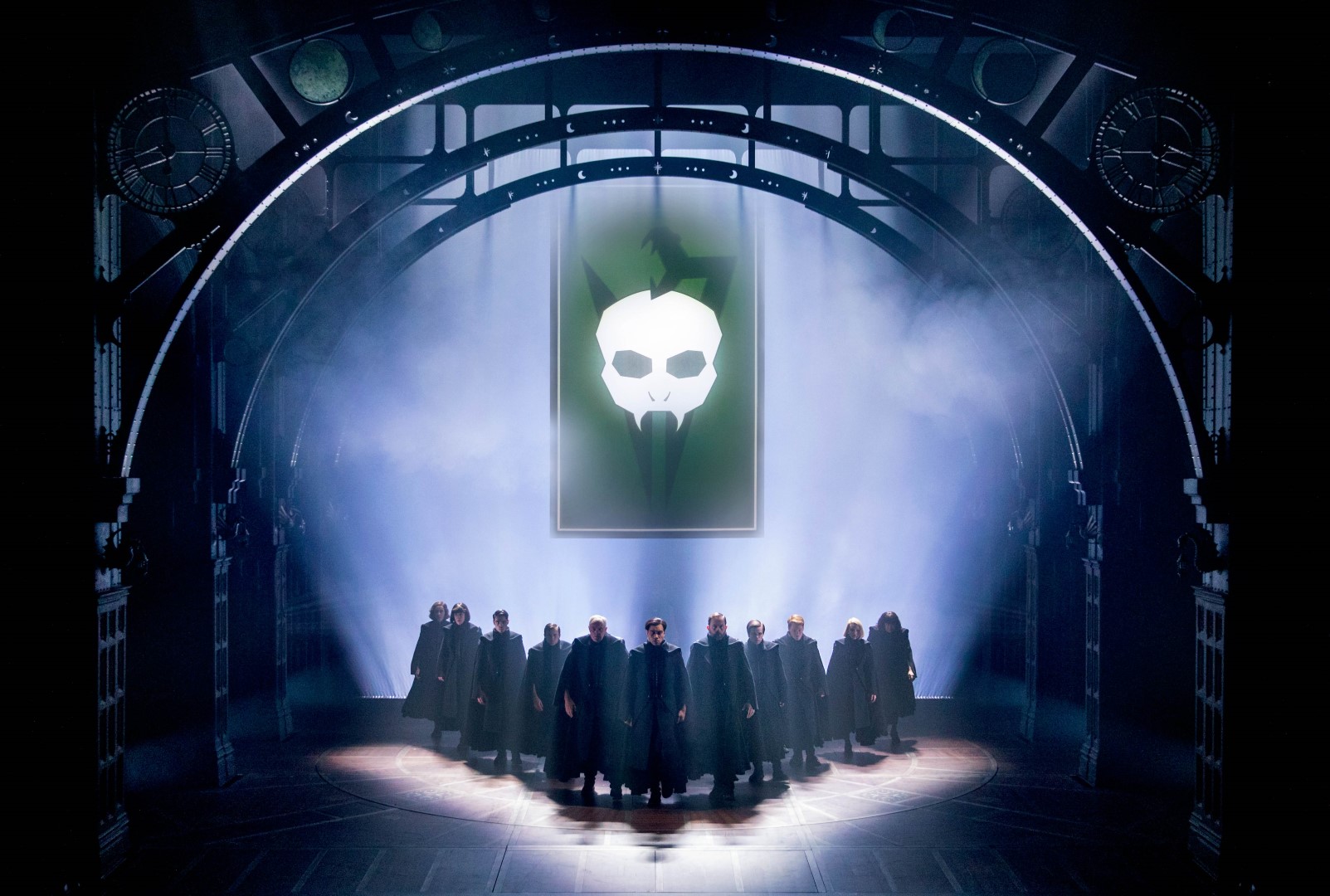 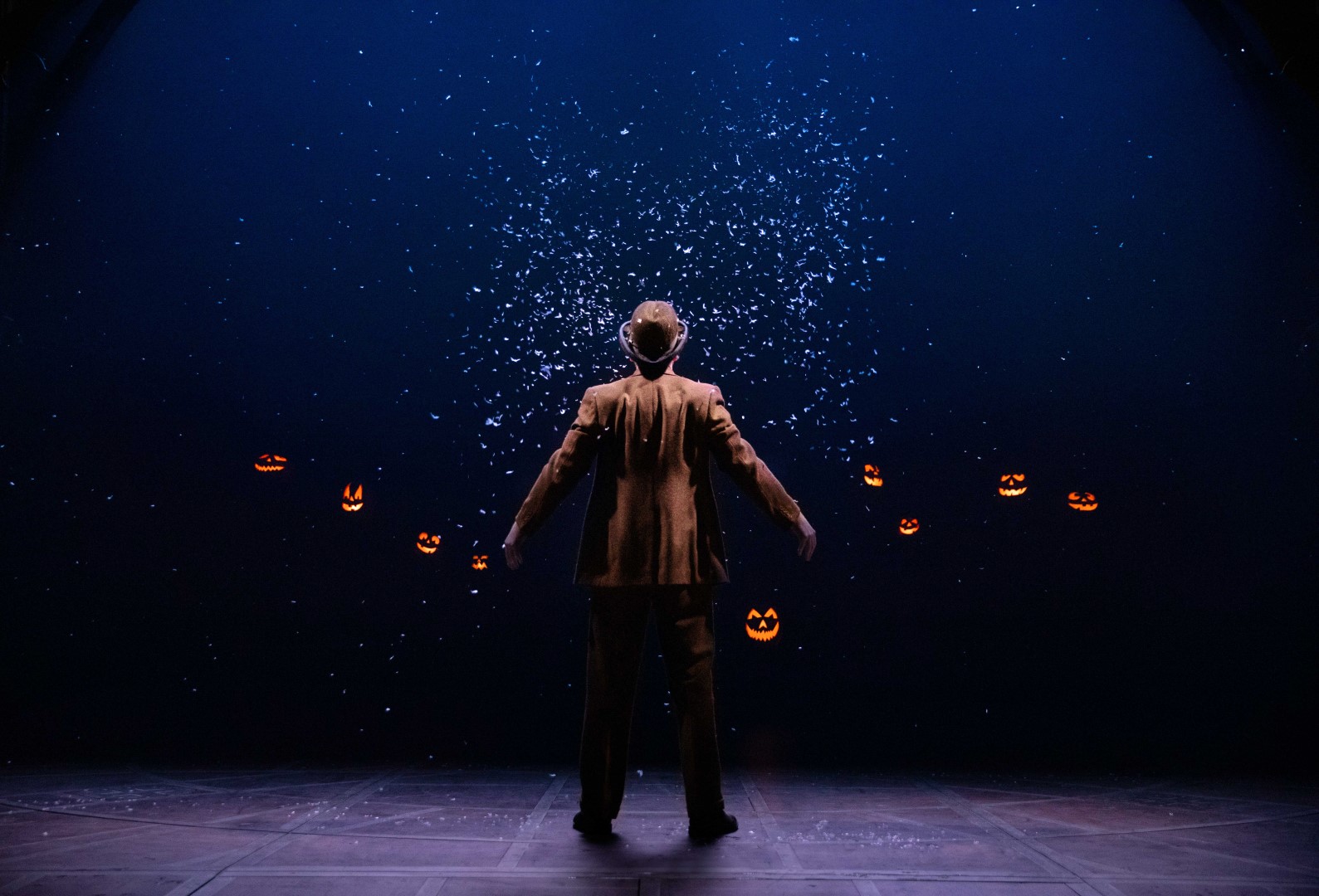 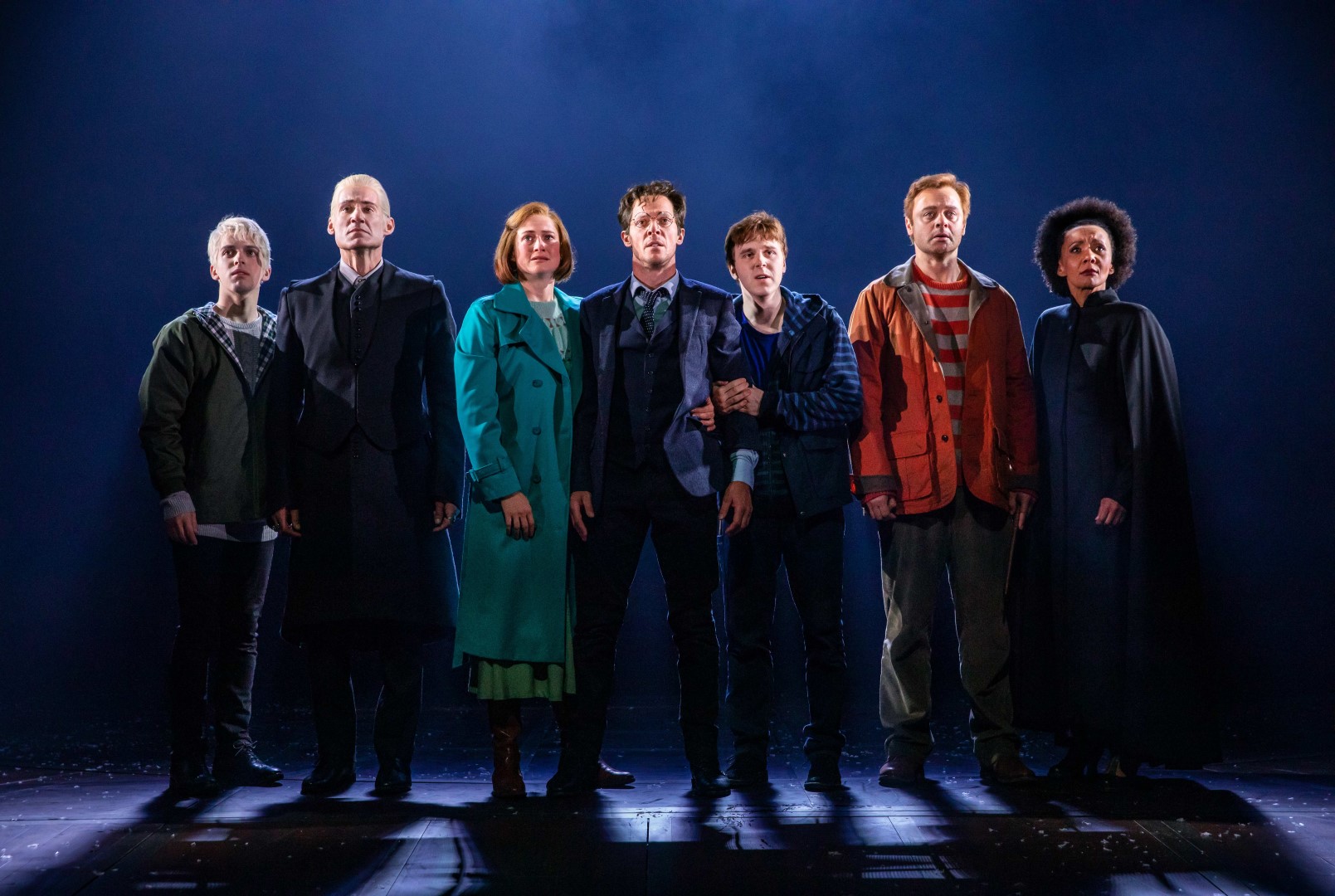 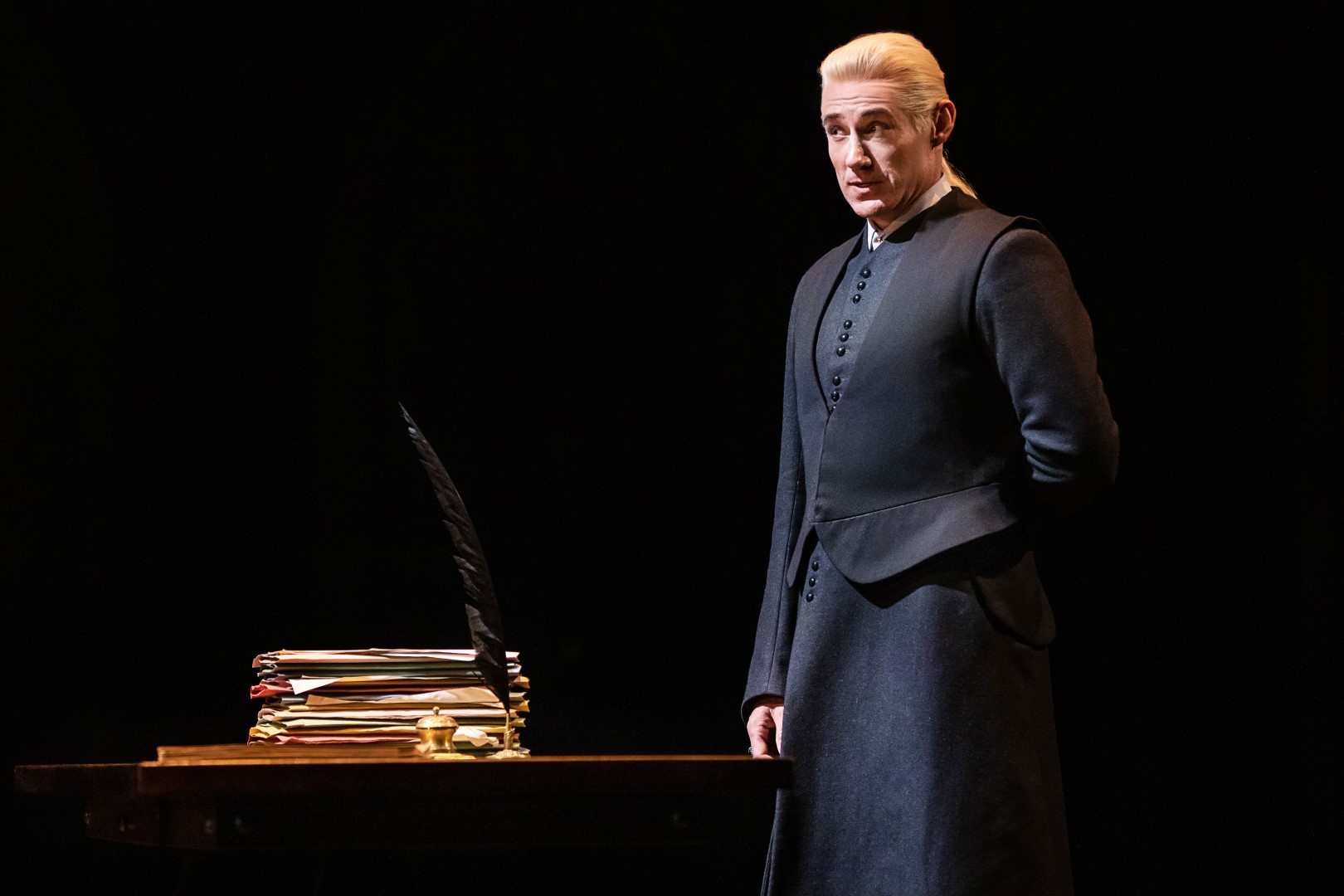 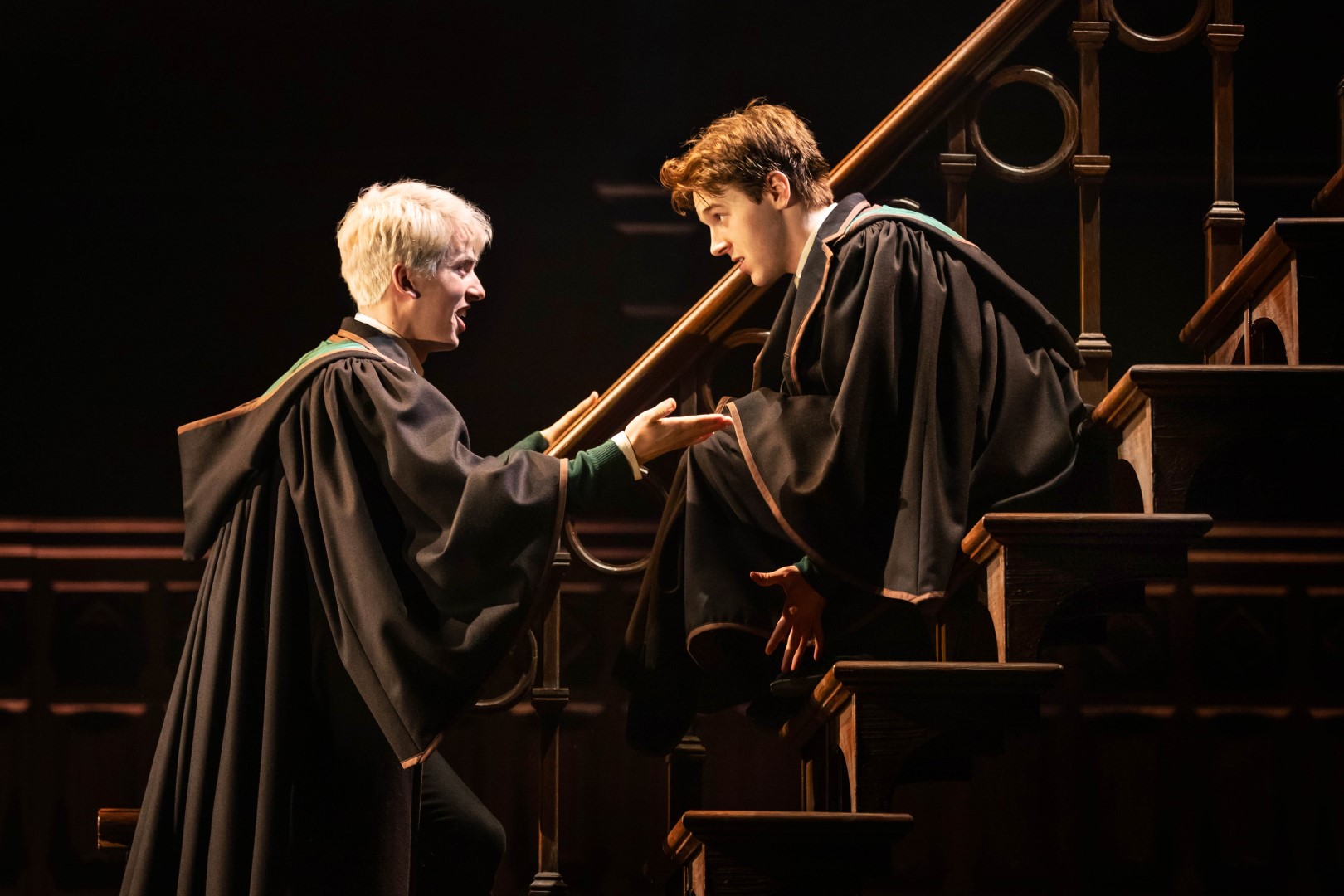 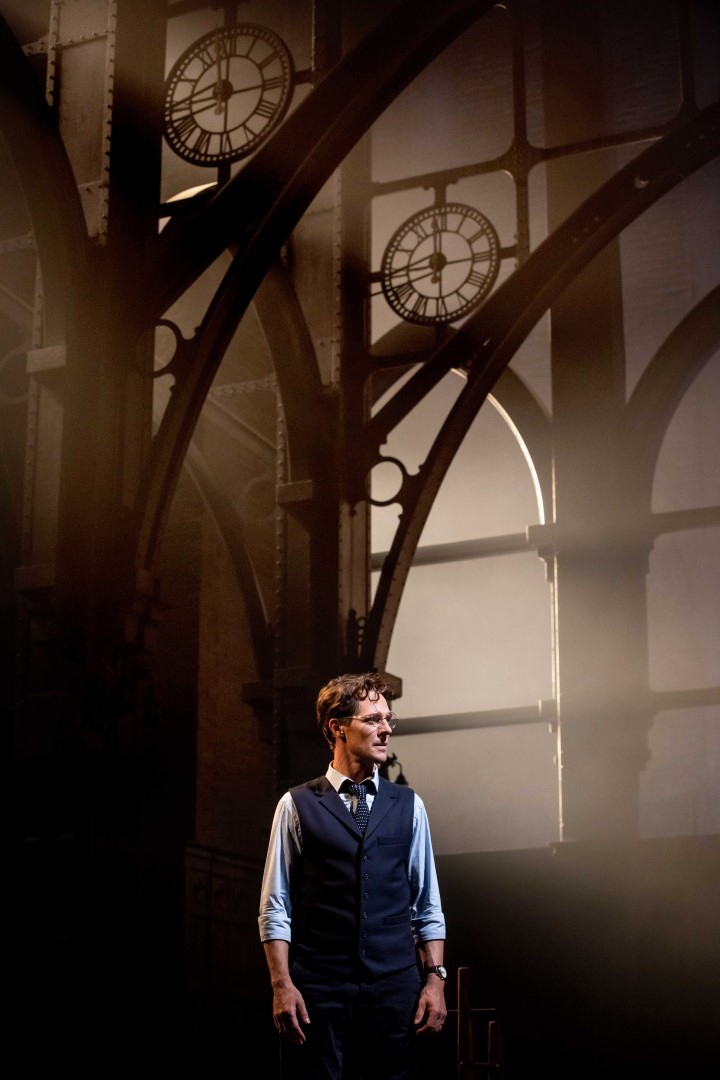