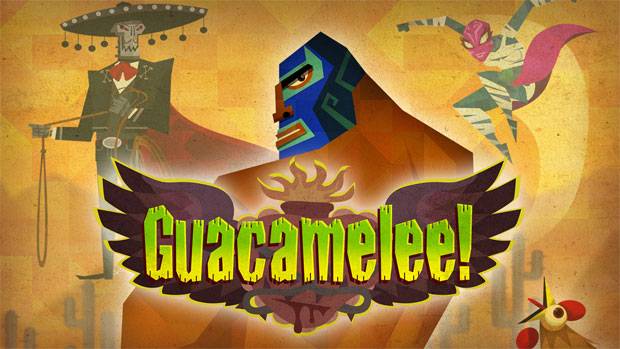 Summary: Guacamelee! 2 offers a fun experience which will leave you satisfied, but it fails to offer anything that hasn’t been seen countless times before.

Since they were founded out of the ashes of Cel-Damage developer Pseudo Interactive in April of 2008, it could be said that Drinkbox Studios have been making a name for themselves as a Indie studio with much talent. Though not their first game, the original Guacamelee made them known as one of the more talented indie teams around, and this was followed up in 2016 with the interesting Severed. The team are set to release their follow up to the hit Metroidvania platformer which saw no less than two rereleases over multiple platforms, but this begs the question, does Guacamelee! 2 stack up? 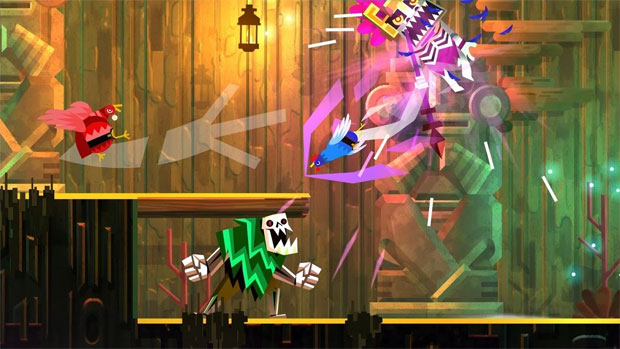 The sequel picks up seven years following the events of the first game and sees Juan happily married to El Presidente’s daughter, noticeably podgier than before, the stresses of family life and the two children he now has may have taken its toll. The story really kicks off when Juan leaves to get some avocados and is called into action once again as a new threat promises to wreak havoc over not only Juan’s world, but also multiple different timelines. The story is about as wacky as they come, with Juan pitted in a race against the game’s antagonist-Salvador, and his minions, to find the relics which lead to the sacred guacamole said to give Godly abilities. The tongue in cheek, often slapstick nature of the game’s story may well be one of it’s largest positives. Indeed, it does a fantastic job of giving the player a goal without being overbearing. After all, this is a game which doesn’t need a deep narrative, and as such what the game offers fits perfectly.

There are several genuinely laugh out loud moments spread throughout the game, particularly when they riff upon tropes often found within games. For example, there is one short journey to find a skill which cleverly parodies the tropes of attaining skills within Metroidvania games. It marks just one example of the glut of funny moments found along Juan’s journey.

No matter how engaging and fun the story is any platformer lives and dies on its gameplay, and Guacamelee is no slouch in this department, offering gameplay which is solid and well-crafted, though not particularly original. Juan will have to run and jump his way through the Mexiverse, all the while taking down hordes of undead foes. If you’ve played the original, this will sound strikingly familiar and that’s because in many ways Guacamelee! 2 has much of the Super Mario Galaxy 2 about it, in that it could have easily been a hefty DLC pack for the prior installment, and nobody would have been any the wiser. This is not necessarily a bad thing, and if you enjoyed the first game you’ll be having a great time with this one too, but it does mean that often Guacamelee! 2 can feel as though it’s main problem is that it is simply more of the same. 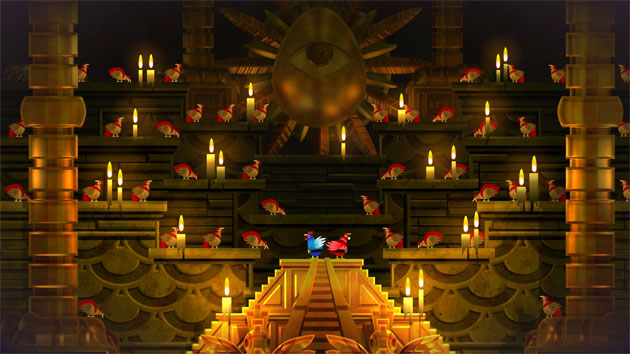 Certainly it is true that Juan has a few new moves added to his repertoire such as the Eagle Dash, which is often a joy to use, slingshotting you through certain spots in the environment as well as a set of new wrestling moves that can be learned along the way. However, none of the additions made feel quite substantial enough to differentiate the game seriously from its predecessor, and in many ways the game seems to use mechanics that have been seen in other series before. The platforming is more than serviceable and the brawling it is coupled with is often fun and surprisingly deep, but the gameplay experience as a whole is frustratingly unoriginal. This is shown most clearly by what is possibly the new mechanic played with most in the game: dimension shifting. A mechanic that, while utilised well, has been seen so often before that it often only acts as a reminder of better games that have come before.

Often it is the case that Guacamelee! 2 will wear it’s influences on its sleeves, and in this way one could easily say that reminding the player of other games is a conscious effort. This is without a doubt true when Juan gains a skill, which can be found by breaking “Choozo” statues which are near identical to the Chozo statues which Samus uses to gain her new abilities in the Metroid games. Whereas this was meant to be a nod to the Metroid series, and something that was meant to make me feel part of the in-crowd who gets the reference I was rather left rolling my eyes due to it being so on the nose. A little nudge and a reference to a game series that has inspired the developers can be an effective and endearing moment in a game, but the “Choozo” statues here just gave the impression that Guacamelee! 2 doesn’t have it’s own identity, whilst it’s unique visuals and lovable characters suggest otherwise.

The heavily Mexican-inspired visual style often utilised by Drinkbox in their games is distinct and dazzles throughout their games, and this game is no exception. The character designs are interesting, the animations are fluid and the art is unique. This all culminates in the boss battles, which are a showcase of the talent that the Toronto-based developer has in it’s team and can often be eye-catching almost to the point of distraction the first time you see them. 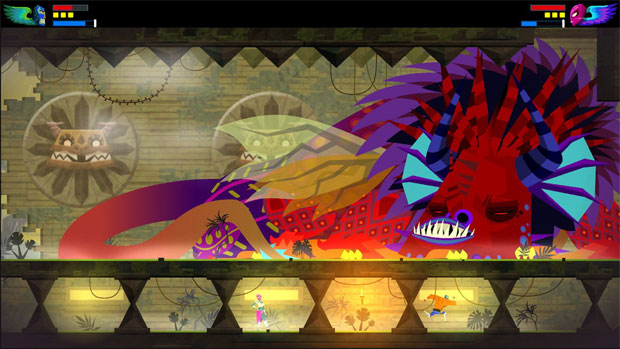 The music for the game follows suit in that it’s influences are clearly grounded in Mexican culture, and this does serve as a positive for it as it fits into the game well. This unfortunately was where the positives stopped for me in terms of the music as, although it was far from being bad, it never made the jump from being appropriate music for the setting to being music that was noteworthy in any meaningful way. Music found in its counterparts such as Shantae, Castlevania and Metroid are memorable tracks, with music ranging from catchy to atmospheric and impactful, but none of the tracks in Guacamelee! 2 were either of these, rather they were simply okay.

Also of note is the introduction of fully-fledged four player local co-op throughout and it is, as you would expect, a pleasure to play. It can really add to the sense of fun to go on the adventure with a set of friends and it betters the experience as a whole, getting confusing and wacky in all the right ways. To add to this even if you’re playing on your own you can change up your look with outfits, which can be unlocked as you play through. It’s a great addition to the game which offers welcome customizability, even if it is a strange experience to be referred to as though you’re a very broadly built man when you are playing as the far more slender female Luchador Tostada.

Guacamelee! 2 is a game which is sure to satiate your hunger if you’re a fan of the original, but it lacks the creativity to set itself apart from its predecessor. Furthermore, beyond Drinkbox Studios’ signature artstyle the game also fails to differentiate itself enough from other Metroidvania titles on the market. Ultimately, Guacamelee! 2 is a game which is well crafted but lacks that special something which makes for a truly brilliant Metroidvania. 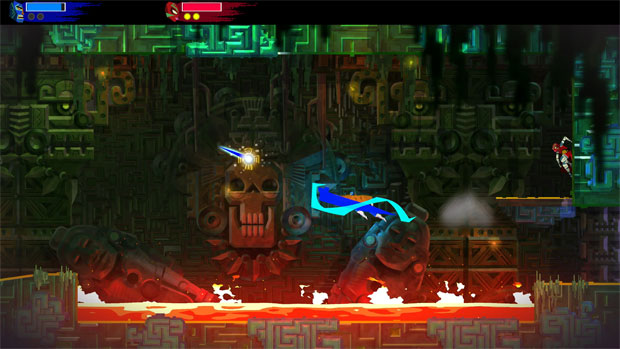