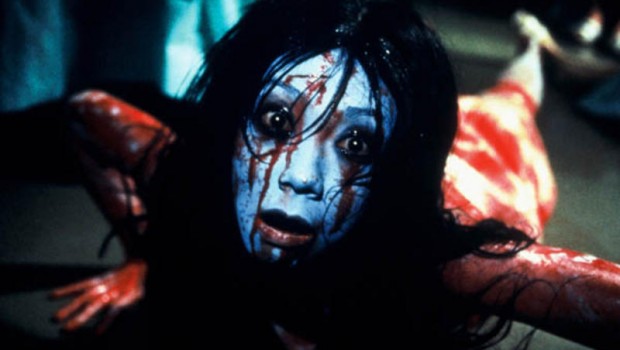 Summary: This beautiful release from Madman collects two classic Japanese horror films, The Grudge and The Grudge 2 in a two movie Collector's Pack that also comes with a plethora of special features.

This beautiful and scary release from Madman collects two classic Japanese horror films, The Grudge and The Grudge 2 in a two movie Collector’s Pack that also comes with a plethora of special features. It’s a great way for those who have missed the original Japanese classics to collect them in accessible collection and it’s far superior than the US remakes.

This was a super flick that was as creepy as hell. Imagine a house cursed by the anger of those who wrongly died whilst living in there. It’s hard to get into the story line without giving stuff away but for those who have enjoyed my reviews in the past you are just going to have to take my word for it. Basically the story is this: there is a house that is full of anger from the victims of a murder. They present themselves as ghastly ghouls that make the most bone jarring noise when they make themselves visible, scaring those who see them quite literally to death. The evil that is The Grudge is such that once you enter the house, you take the curse with you if you are lucky enough to leave alive! The film appears really disjointed at some points and it’s been argued that for the whole that it doesn’t really make sense. However you need to take the time to remember that all the different stories revolve around the house, they are not truly interconnected in their own right. It’s best to treat the house as the story itself, the spirits in the story as a part of that and all the rest as branches of the greater tale. Imagine if you will a whirlwind of tales gradually spinning around to all fit together into this one really freaky plot.

As the movie progresses, the pace also picks up, along with the amount of frights you seem to experience every few minutes. Wait until the final fifteen to twenty minutes of the film to see what I mean. It’s also in these last few moments that you will also see why the Japanese are so good at scary movies. Once again the Japanese show us that they know how to scare us senseless with this great story. Co created by one of the writers of the Japanese (and original) version of The Ring, Takahashi Hiroshi, one of the most disturbing parts of this tale is that in what can be classed as a very different approach, most of the really scary parts of the movie actually take place in the light of day or well lit conditions, as opposed to your traditional horror which normally relies on the dark and shadow. The Grudge thrusts the terror into clear sight and revels in it!

I highly recommend this title to all horror fans as a movie that is very cleverly done with a good method of joining together different plot points in order to create a cohesive tale that will keep you up at night. Guaranteed to have you looking over your shoulder!

The Grudge further delves into the curse of this nefarious evil. Unlike the previous installment, the evil in the original burned-down house in Tokyo has grown in power and now whoever walks through the house, even though around them is affected by the curse. As with the previous movie, the Grudge 2 features the story of several characters whose lives are forever intertwined from the curse. With some great acting performances by Amber Tamblyn and Takako Fuji, director Takashi Shimizu throws in enough scares, turns and twists to really make you wonder just what on Earth is happening.

Unfortunately this strange storytelling will definitely not be everyone’s cup of tea but if you enjoyed the first installment of the Grudge, then you will definitely enjoy the second. Recommended for those lovers of the first movie or for those that want a different horror movie. 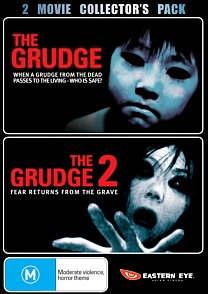