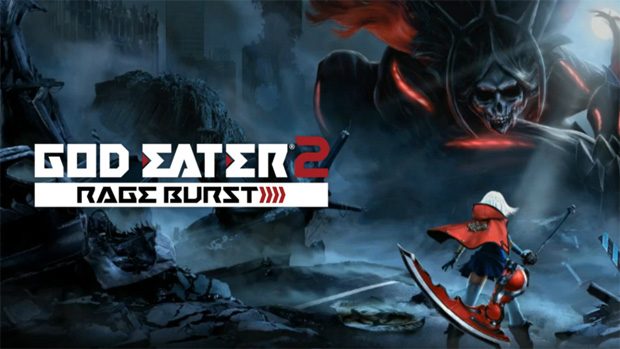 Summary: God Eater 2 has been a long time coming for fans of the series!

Western fans of the God Eater series have had a long wait for this game. Originally releasing all the way back in 2013 in Japan, Namco Bandai have finally brought the Action RPG series westwards once more, bringing us not only God Eater 2: Rage Burst but also including the expanded version of the original game, God Eater Resurrection, at no extra charge. But after being away for so long, the question is, was the game worth the wait? The answer is an avid yes.

God Eater: Resurrection is a remake of the original God Eater game. Working as a member of the God Eaters, an advanced team group of super soldiers trained by the Fenrir organisation, tasked with defending a post-apocalyptic Japan against a threat known as the Aragami. For those of you who played the original back in 2011, Resurrection provides an expanded experience from Rage Eater Burst, not only remaking the graphics for PS4 but also offering four new difficulty ranks which expand upon the story of the original, help link the original to Rage Burst 2 and introduces some new gameplay features, such as predator mode and new weapons. It’s a great remake and one which makes for a fantastic addition to the retail package. 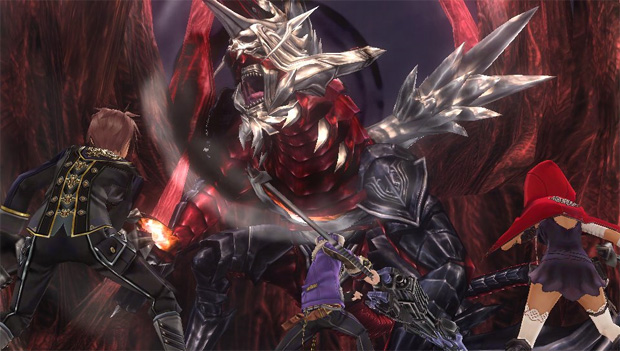 God Eater 2: Rage Burst takes place three years after the events of Resurrection, comprising a brand new cast. You play as an avatar that has been recruited to the Special Forces team known as “Blood”, through the use of Blood Arts. A new fatal pandemic called the Black Plague, caused by red rain, has struck the Far East area and Blood are sent to investigate it. The Blood team is located within a mobile base known as Friar and its here which acts as your hub-world between missions.

There are two main gameplay modes on offer, offline and online campaign, with Resurrection offering an Ad-Hoc multiplayer mode in the Vita edition. Both present the exact same campaign for each game, which you can play with up to three different friends as opposed to using the AI allies. This is arguably one of the game’s biggest strengths as playing with a group is not only a more interesting, enjoyable experience but removes the often uninspired AI. 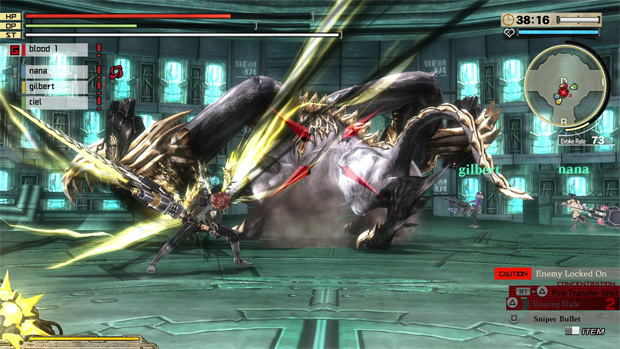 Both games features a mission based structure of gameplay, giving you sets of missions to complete before you can move with the game. At the end of each mission, you will earn a variety of items, combined with currency and you’ll also earn GAP, which allows your allies to learn new abilities. The structure of the game can feel a little formulaic at first but this is a game which requires some patience. If you stick it out past the first few hours, this is when the game really begins to open up and becomes a lot more rewarding.

Within Friar, you have access to the terminals, where you can change your equipment, upgrade it via the crafting system, change your allies abilities and a lot more. It’s pretty easy to get overwhelmed by the amount of options available, even with the hint system that keeps popping up when you first access these features, but once you learn how to use it effectively, it becomes one of the game’s strongest features. The crafting and abilities system provides a lot of options for players, allowing players to customise their characters to their style of play. 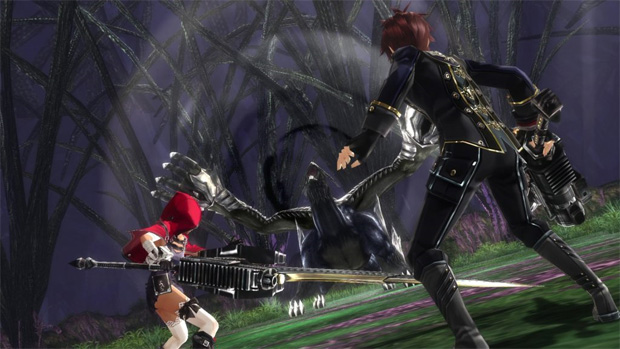 When it comes to the combat, you go into battle with the God Arc. This unique weapon is the primary choice of the God Eaters and can switch between four different forms; melee, ranged, shield and predator. Your guns have different bullets which you can equip to them, ranging from elemental homing bullets to healing shots. The ranged attacks use up Oracle Points (OP), which you regain upon attacking enemies but this also uses up stamina so you have to be strategic in battle, otherwise your character will need to recover and is highly vulnerable.

Whilst the gameplay of Rage Burst remains quite similar to Resurrection, Rage Burst features some new additions to help keep things interesting. The most notable addition to the game is the introduction of “Blood Arts”, attack add-ons that you can customise to augment normal attacks, create even stronger attacks. Another new feature brought into the game are Character episodes, which happen upon interacting with different NPCs across Friar and they’ll occasionally offer new missions, rewarding you with further equipment and additional blood arts. Whilst they don’t revolutionise the gameplay formula with the game, Namco Bandai help both keep the gameplay fresh for fans of the original and an enjoyable action game. 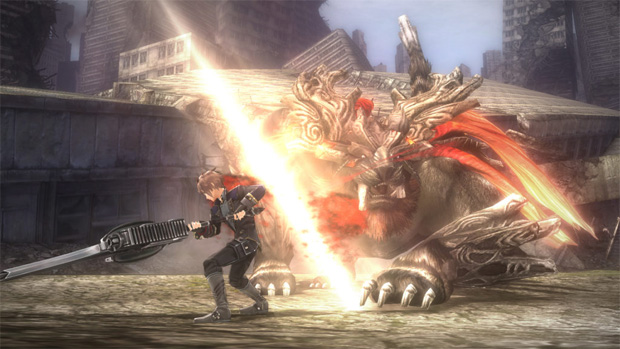 One of the areas where the game is let down unfortunately is the graphics. It’s important to remember that this was a game originally designed for the PSP and PS Vita but unfortunately, this is most clear in the graphics department as Rage Burst’s PS4 transition has does little to improve upon them and with the main characters, while they become more well developed during the story, their designs feel like little more than common anime archetypes. It’s not all bad though, as the game looks far from awful and it boasts some nicely animated cut scenes but it doesn’t shake the last generation feeling. 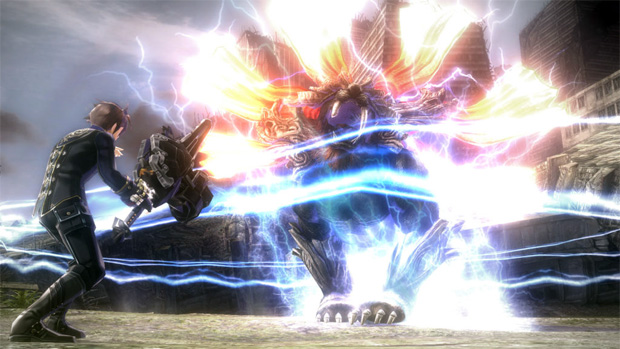 The soundtrack is where things take a better turn and mixes between a range of different musical styles, from high energy j-pop to melancholy piano ballads, all helping to set the atmosphere quite well within the game. Unfortunately the voice acting lets the game down in the audio department, with the English dubs not always sitting comfortably with the characters. Disappointingly, the game lacks the ability to switch to the original Japanese voice work, so there’s little you can do to get around this.

God Eater 2 has been a long time coming for fans of the series. Whilst the generic plot and outdated graphics bring down the game somewhat, overall the game has proven itself to be worth the wait, a highly enjoyable experience with a great co-operative mode and one which will keep you hooked for hours. Coupled with the generous bonus of the original game on top of that, Namco Bandai have provided great value for money in this package and one that comes highly recommended.