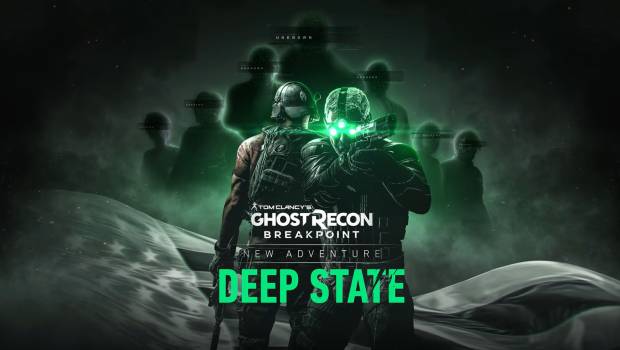 Many battles have been fought and won but the war for the Aurora Appalago is far from over as the adventure continues in the first DLC expansion for Tom Clancy’s “Ghost Recon Breakpoint – Episode 2: Deep State”. This game introduces a brand-new adventure featuring stealth and infiltration specialist Sam Fisher, further expanding the main story line of the original game, as well as the new stealth class “Echelon” and brand new PvP maps.

Following the events at the end of the main campaign, “Episode 2: Deep State” continues the adventure and sees the Aurora Appalago getting one step closer to been liberated from the hostile takeover of the private military force called The Wolves. Whilst on the hunt for Nomad’s missing brother in arms, Midas, the search quickly reveals that the ghosts aren’t the only US forces with an interest in what’s on the island. Crossing paths with an old friend from Bolivia (Ghost Recon: Wildlands DLC), Nomad teams up once again with CIA infiltration and covert ops specialist, Sam Fisher. Most known for being the lead character in the cult classic “Splinter Cell” series, Sam has been deployed on Aurora to hunt down the mysterious man known as the Strategist and uncover the truth behind the scientists he’s been abducting across the world. With the Strategist as Nomad’s only lead to find his friend, the two team up for one of the best Ubisoft gaming crossovers. 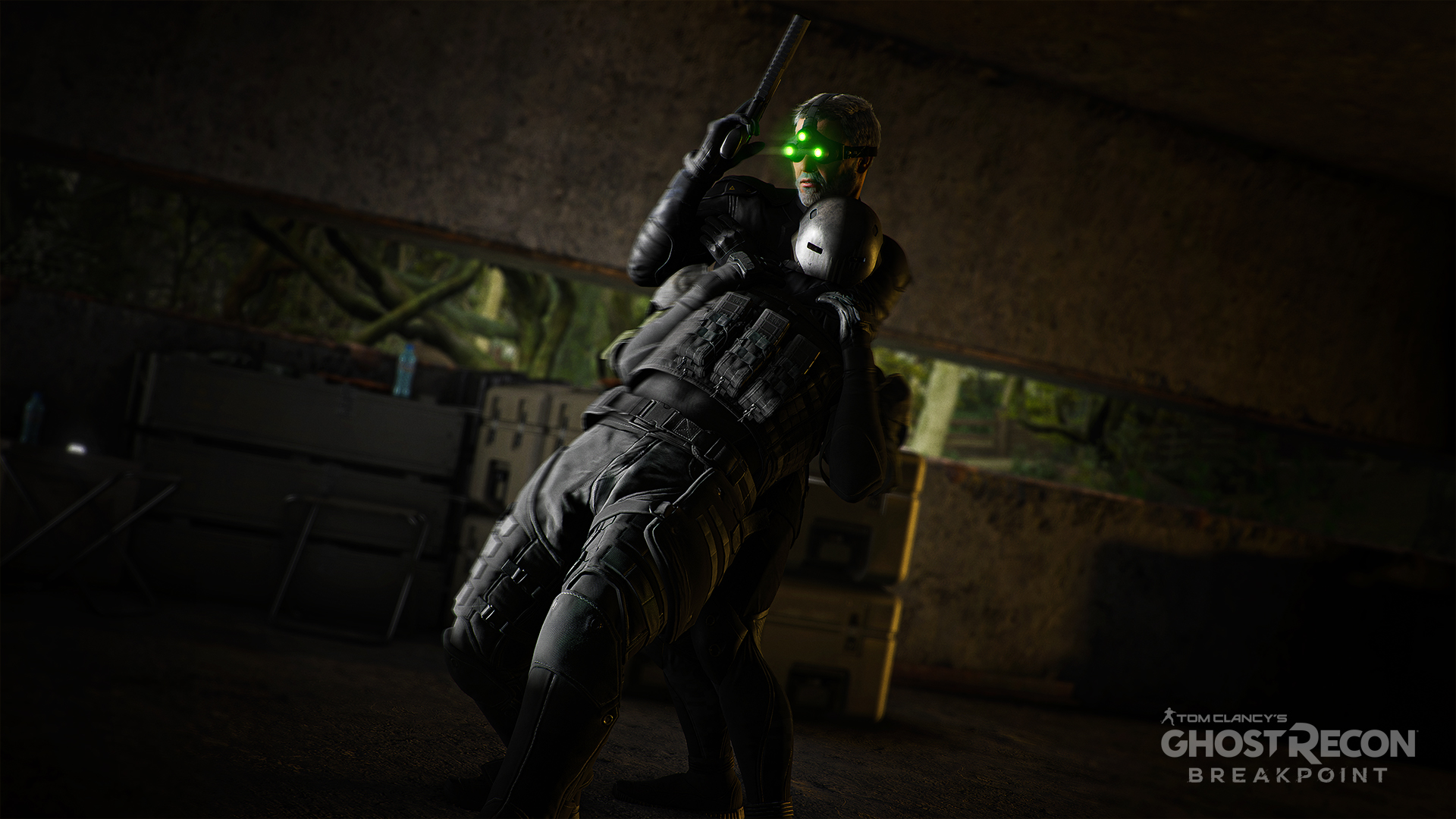 Having played most of the Splinter Cell games, I have fond memories of hiding in the shadows and silently taking out my prey one by one. In fact, I would mostly attribute my stealth approach in most games to having played the Splinter Cell games. This is why I was very sceptical about Ubisoft doing a crossover where such key elements from one game were integrated so heavily into another. Sure, “Ghost Recon Wildlands” and “Breakpoint” both have strong elements of stealth, but they had never been much of a necessity until now. The “Deep State” DLC is a conspiracy theory story arc taken almost directly out of the Splinter Cell playbook with a specialised stealth class called Echelon, eight new campaign missions and some new PvP maps.

The Echelon class is a direct nod towards Splinter Cell games, taking its name from the same agency that Sam Fisher works for. To help work this new class into the game, Sam decides that if Nomad is going to help his on his mission, then he’s going to have to learn the same skills that he uses due to the sensitive nature of the mission and possibility of a Deep State conspiracy on US soil. I would like to point out that only one of the eight missions included in this DLC require the use of stealth yet using the new Echelon class is not mandatory at all. Players can still complete all of these missions in their normal approach but taking a more stealthier option is implied. During my playthrough, I mostly relied on the new Echelon class to see just how good the new and improved stealth mechanics are and if there offered anything above and beyond that of my regular approach. 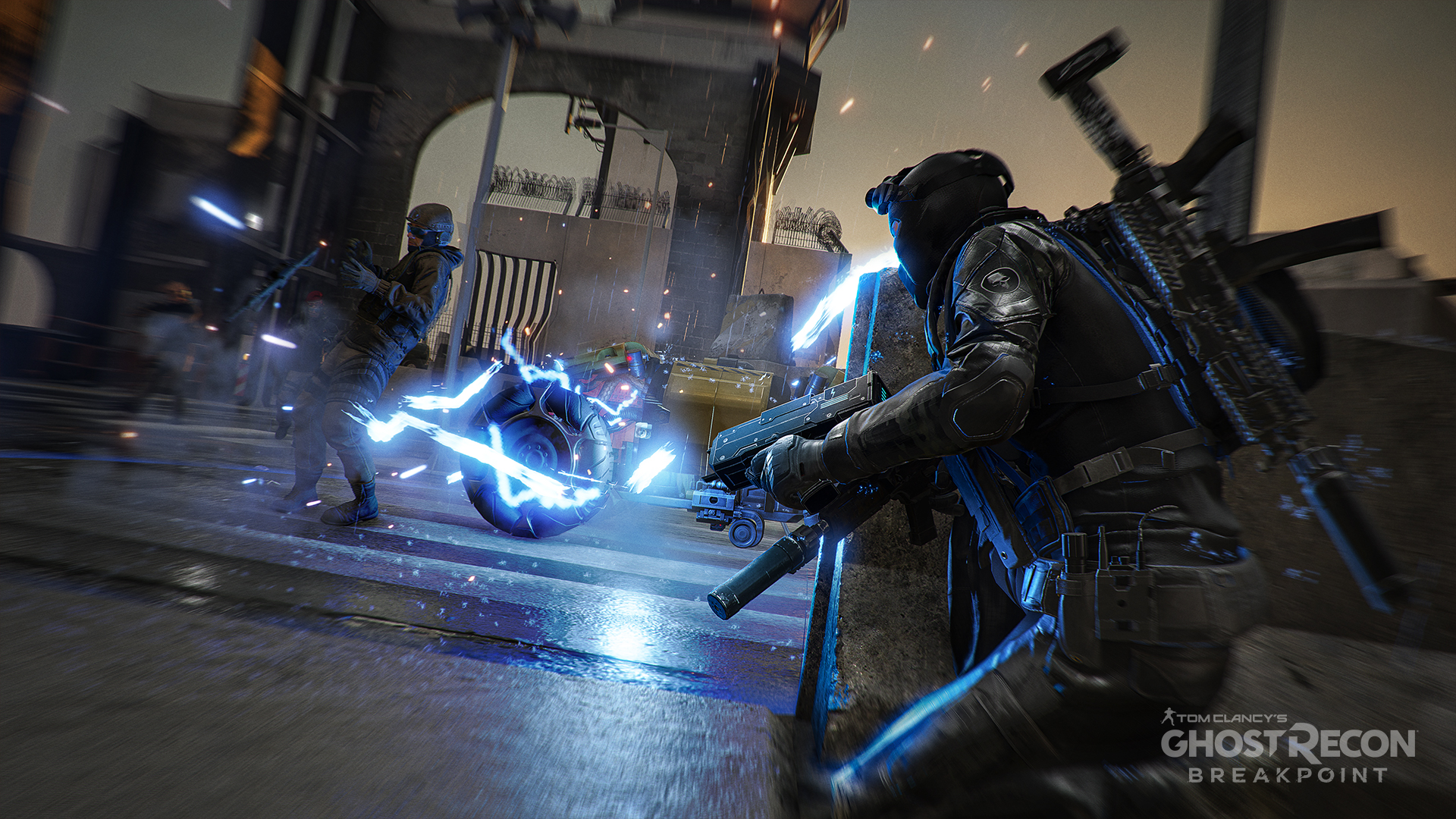 Like other classes within the game, the Echelon class is focused around a particular weapon. In this case, it is the silenced hand gun. Players using this class gain passive abilities that boost handgun damage, remove negative effects of having a silencer equipped on your handgun and provide an auto-aim feature that kicks in when you’re being detected whilst equipped with a handgun. To top it all off, the class’s special ability ‘Sonar Vision’ lets players see through walls, marking all enemies within visual range. This feature is invaluable when navigating through narrow corridors of underground bunkers and large bases with lots of buildings and cover. When using this feature, I was able to map entire complexes within seconds without the need to launch a drone and manually locate everyone. Combined with the passive ability that provides increased stealth bonuses whilst in shadows/darkness, taking out an entire base is much quicker and easier. Even during raids, the sonar vision can be a useful tool for your team mates, as they too are able to see the red outline of all enemy troops that you’ve spotted. During one such raid, my team was able to clear entire bases in a fraction of the time thanks to us being able to avoid detection and not worry about missing enemy troops. The one downside to this is that machines such as turrets don’t show up during the scan and can catch you off guard.

“Ghost Recon Breakpoint – Episode 2: Deep State” is a fun adventure and offers some decent nostalgia for Splinter Cell fans. The DLC only offers about six to eight hours of extra campaign mission gameplay, but the new Echelon class is a lot of fun to play. I personally found the new story arc to be quite interesting and it left me wanting to know more about what happens next but at the same time, it didn’t feel completely fulfilling. Had there been some new side missions or new raids, then I would feel more compelled to say that this DLC is value for money. My biggest issue is that in order to find out how the Aurora story ends, players are forced to buy the season pass rather than have a compelling conclusion at the end of the main campaign. I would have preferred this DLC to be a side story rather than the second chapter in a three-part series that makes up the entire story of a single game. In a way, I feel like I am been held hostage and need to pay a ransom in order to finish a story that should have concluded at the end of the main campaign.