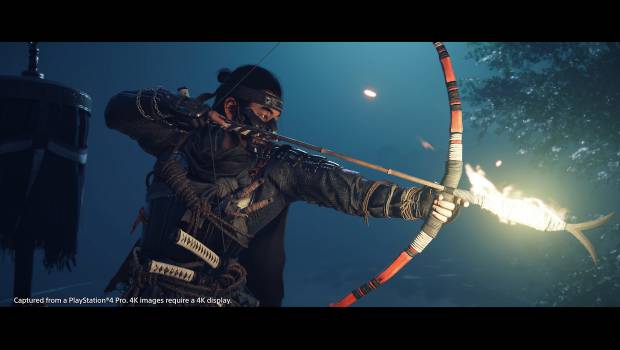 Summary: Ghost of Tsushima is a wonderfully crafted tale that carries weight while being elegant

If I were to describe Sucker Punch’s Ghost of Tsushima in one word, it would be evocative. This game showcases unadulterated reverence for the samurai movies of Kurosawa, the spiritual beliefs of Japan during the Kamakura period, the natural beauty of the Japanese countryside, and the conflicted views of a nation in the throws of change. It’s this painstaking care and attention to detail that makes Ghost of Tsushima stand in an entirely different league when compared to the stereotypical mysticism of other samurai adventures out there, however it’s also the reason why the rough edges really do stand out more than you would like them to.

Ghost of Tsushima tells the story of Jin Sakai, a lord samurai who is protecting the island of Tsushima when the Mongolian army set forth to conquer. With the majority of his clan wiped out during the initial battle, and his uncle swiftly captured by the Mongolian leader Khotun Kahn, Jin sets forth to rescue his family, save his island, and stop the Mongolian invasion from sweeping across to mainland Japan.

The battle of Tsushima was a real event that took place in 1274, and while Sucker Punch have stated that they didn’t want to rebuild a historical recreation, what they have done here is create a realistic, grounded world that feels like a good representation of the time period. The closest we’ve seen in this space is the Assassin’s Creed series and I must say, as someone who lives in Japan and has seen a number of these ancient shrines, Sucker Punch should be applauded for what they’ve been able to create here.

The story told in Ghost of Tsushima carries a certain weight and elegance to it, managing to balance the destructive horror of the Mongol invasion alongside the personal traumas, desires for revenge, and general motivations of the supporting cast you meet along the way. Much like the Kurosawa films that Ghost takes many of its inspirations from, the lighter moments have a brevity to them, as an inevitable sorrow and consequence surely unfolds soon after.

I don’t want to spoil any specific moments, but I do want to say that Ghost does explore some themes better than others. Perhaps the most interesting element came in towards the end of the campaign, where Jin has to explore the notion of being beholden to the Bushido Code and having honor, or being foolish and held back due to a belief system that doesn’t suit the horrific nature of this current war. This is something that Japan still struggles with today, being bound to tradition. In a world where the COVID-19 has revealed the many flaws in our antiquated societal systems, this really hit home. I wish they had pushed that theme further, but it was nothing more than a fleeting moment.

That’s about the only thing I will say about the campaign. It’s good. It’s very good. But if you’re familiar at all with classic Kurosawa films such as Seven Samurai it’s not going to be ground breaking. Yet, unlike the other samurai games that are often rooted in the mystical side set in unspecified Japan, Ghost of Tsushima feels very real and grounded, which only adds to the twists and turns it does takes, even when you are expecting them.

Why do I keep bringing up Kurosawa? Because Ghost of Tsushima is insanely cinematic, drawing direct inspiration from the classic Japanese director, down to the fact that the developers have included a “Kurosawa filter” to switch everything to black and white and change the audio. The opening of this game is one of the best seamless cold opens I’ve experienced, and for the team who was making inFAMOUS and Sly Racoon games, was completely unexpected.

The world design of Ghost of Tsushima is also second to none, and it’s very obvious that The Legend of Zelda: Breath of the Wild was a touchstone for the developers. The developers want you focusing on the island, and it’s natural beauty rather than icons and a mini-map, so much so that there is no mini-map by default. Opening the bigger map will allow you to set a waypoint, and then ingeniously you can swipe UP on the touchpad to cause a gust of wind that will subtly guide you to your chosen destination.

This implementation is GENIUS. Tsushima Island has so many areas to explore and things to find, I was never worried about stopping my journey to chase a cute Kitsune to a fox den, explore a town looking for supplies and scrolls, or scaling a cliff to find a picturesque Onsen to reflect on life. It never once seemed like I was going to get lost, because the wind was always there, ready to guide me whenever I was ready, rather than the game dictating when and how I was to do things.

Given just how gorgeous this island is, that really cements Tsushima as one of my favourite open world experiences. 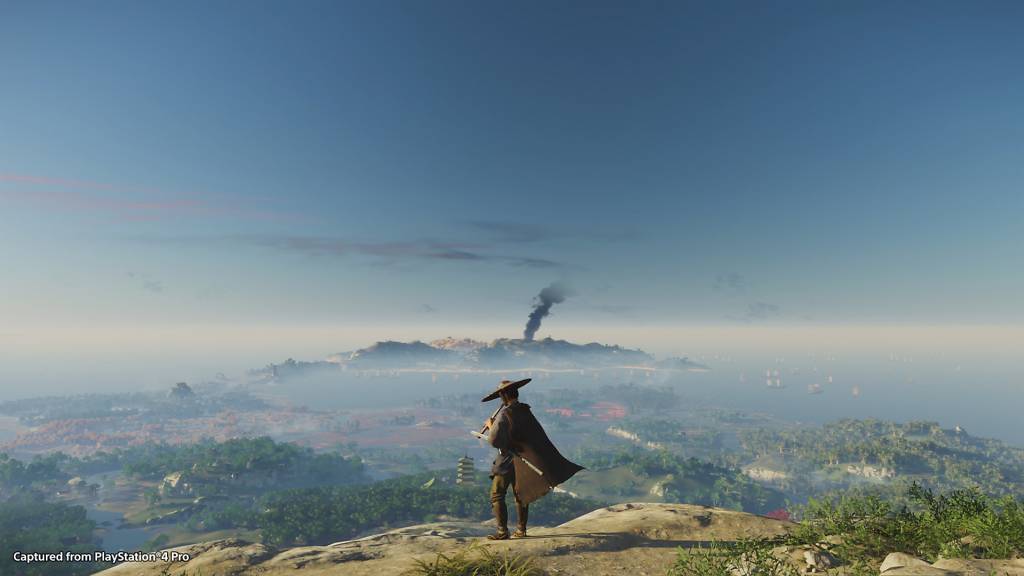 Ghost of Tsushima has a TONNE of content to explore, almost too much to handle. Quests in this game are called Tales, which makes sense as each of them tells a mini story. There’s Jin’s Journey which encompasses the main story which took me 25 hours on normal difficulty, and I was rushing to get this review done. Then you’ll meet people out in the world and at different towns which make up Tales of Tsushima, each giving you more context to the daily life and struggles of people living on the island. Then there are Mythic Tales are legendary stories that end with a climax that will unlock new fighting techniques and items.

On top of this you have fox dens to discover to increase your resolve, bamboo strikes to improve your powers, Onsens which allow you to reflect on Jin’s tale so far and increase your health, Haikus to compose, scrolls to discover the history of the island, relics, items … there’s a lot. Of course you could skip over all of this stuff, but from what I did see through my review playthrough, a lot of this is really great content, and I can’t wait to jump back in and see the rest of what i missed the first time around.

So let’s talk about what I wasn’t so hot on. The combat. Ghost of Tsushima walks this fine line between a stealth game, and an action game, and honestly, it doesn’t really do either of those two things successfully.

The stealth side of things is very typical, hide in the long grass to not be seen, jump on the rooftops because enemies rarely look up. Sneak behind an enemy and hit attack to perform an assassination, and keep rolling until you either clear the area or manage to be spotted. It’s not inherently bad, it’s just nothing new, or exciting, and that was a bit of a shame.

Too many times was I in the middle of a fight, surrounded by angry mongols and unable to correctly target the enemy I actually wanted to hit. If you’re familiar at all with the Batman combat, it’s a little like that, but without the snappy control. I was constantly unable to reliably deflect attacks from my rear, and when the battles get frenetic, it can lead to some frustrating deaths. 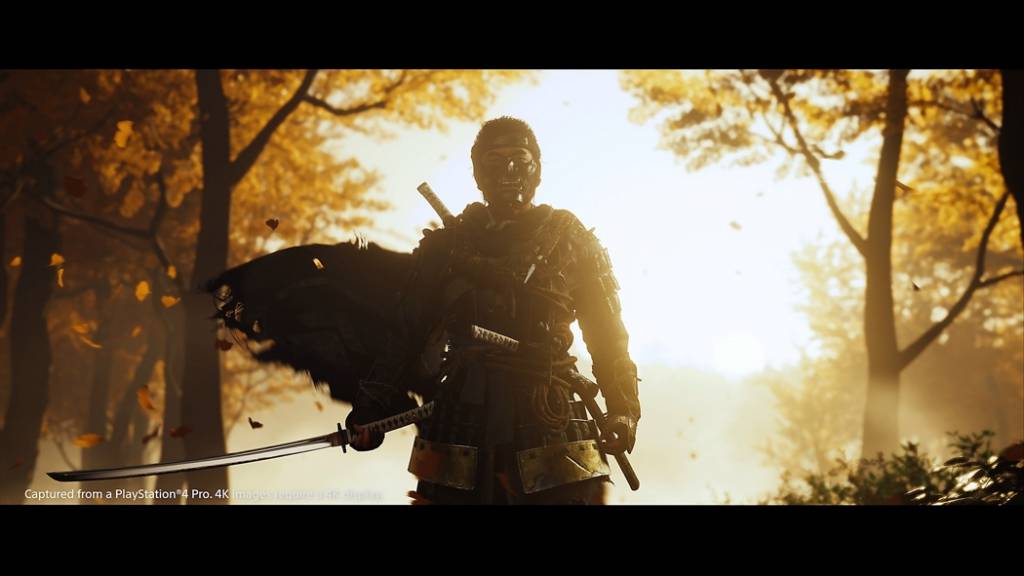 As you play the game, you unlock four distinctive combat stances, each built for the weapon types that the enemy will be using such as swords, shield, spears etc. . With each one you have a small string of combos, but none of them feel very satisfying to input, and more often than not I ignroed them to use a mix of light and heavy attacks, adding a dodge or block. There are unlockable talents and skills to increase your power with these attacks, but I honestly never really felt the need, nor did it feel great.

You also get a series of consumables such as smoke bomb, sticky bombs, Kunais, things like that. The button combos to rotate between these when surrounded by a group of enemies was overwhelming and never seemed to go well for me. So much so that what I would do is simply select my Kunai, a japanese throwing knife, and never really use any of those other options.

I’m painting the picture here that the combat is horrible, and it’s not. It just doesn’t flow well. The choices at your disposal in a vacuum feel interesting and varied, but in practice, it just feels a little cumbersome and that stops you from being this light, highly skilled, highly proficient samurai warrior.

The other letdown here were the boss battles. Whenever you get to a pivotal boss fight, the game closes in and pits you in a one v one fight that feels super thematic and awesome. However this always plays out in a dance of breaking their block, getting some attacks in, rinse and repeat until it’s over. Each boss has a slightly different attack pattern, but none of them seem to do anything that’s wholly unique or exciting.

The redeeming quality of the combat for me was the showdowns, which are awesome cinematic battle openers that allow you to dispatch of a few enemies before a fight starts, and it just feels amazing.

Despite my issues with the combat, Ghost of Tsushima isn’t just a great Samurai game, it’s a great period piece the creates a loving and grounded look at Japan as a whole. Set amongst the backdrop of a real world battle, Sucker Punch has created a game that is masterfully crafted, and is a huge leap forward for the studio. It’s got a lot to unpack and dig into for those who like exploration, with plenty of things to upgrade and improve upon. If you’re looking for precise, deliberate combat along the lines of Sekiro, you won’t find it here. However, if you want the biggest Samurai epic that’s ever been created, Ghost of Tsushima is at the top of the class.