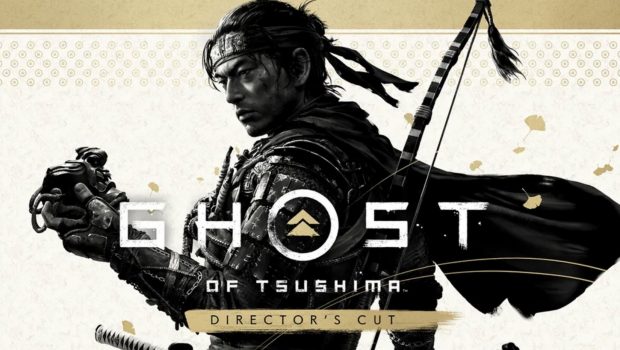 Summary: Ghost of Tsushima Director’s Cut PlayStation 5 slightly enhances the original and adds a layer of next-gen as you explore the new area, Iki Island with its dangers, secrets and wonders.

In the late 13th century, the Mongol empire has laid waste to entire nations along their campaign to conquer the East. Tsushima Island is all that stands between mainland Japan and a massive Mongol invasion fleet led by the ruthless and cunning general, Khotun Khan. As the island burns in the wake of the first wave of the Mongol assault, courageous samurai warrior Jin Sakai stands resolute.

Undeniably Ghost of Tsushima is a great game that scored a respectable 4.5 on the PlayStation 4 Pro from us in July 2020. So when you’re on a good thing, what do you do? Well, you release a director’s cut by adding a new expansion (Iki Island), tweaking the gameplay and if you own a PlayStation 5, add a touch of next-gen goodness (4K/60FPS) and what do you get? You get Ghost of Tsushima Director’s Cut courtesy of Sucker Punch Productions! The game is also available on the PS4/PS4 Pro and if you upgraded to a PS5, you can transfer your saves across because in order to access the new area, Iki Island, you need to have finished the the second act of Tsushima called the Toyotama Region..

For the uninitiated, Ghost of Tsushima tells the story of Jin Sakai, a lord samurai who is protecting the island of Tsushima when the Mongolian army set forth to conquer. With the majority of his clan wiped out during the initial battle, and his uncle swiftly captured by the Mongolian leader Khotun Kahn, Jin sets forth to rescue his family, save his island, and stop the Mongolian invasion from sweeping across to mainland Japan. The battle of Tsushima was a real event that took place in 1274, and while Sucker Punch have stated that they didn’t want to rebuild a historical recreation, what they have done here is create a realistic, grounded world that feels like a good representation of the time period. The closest we’ve seen in this space is the Assassin’s Creed series and I must say, as someone who lives in Japan and has seen a number of these ancient shrines, Sucker Punch should be applauded for what they’ve been able to create here. 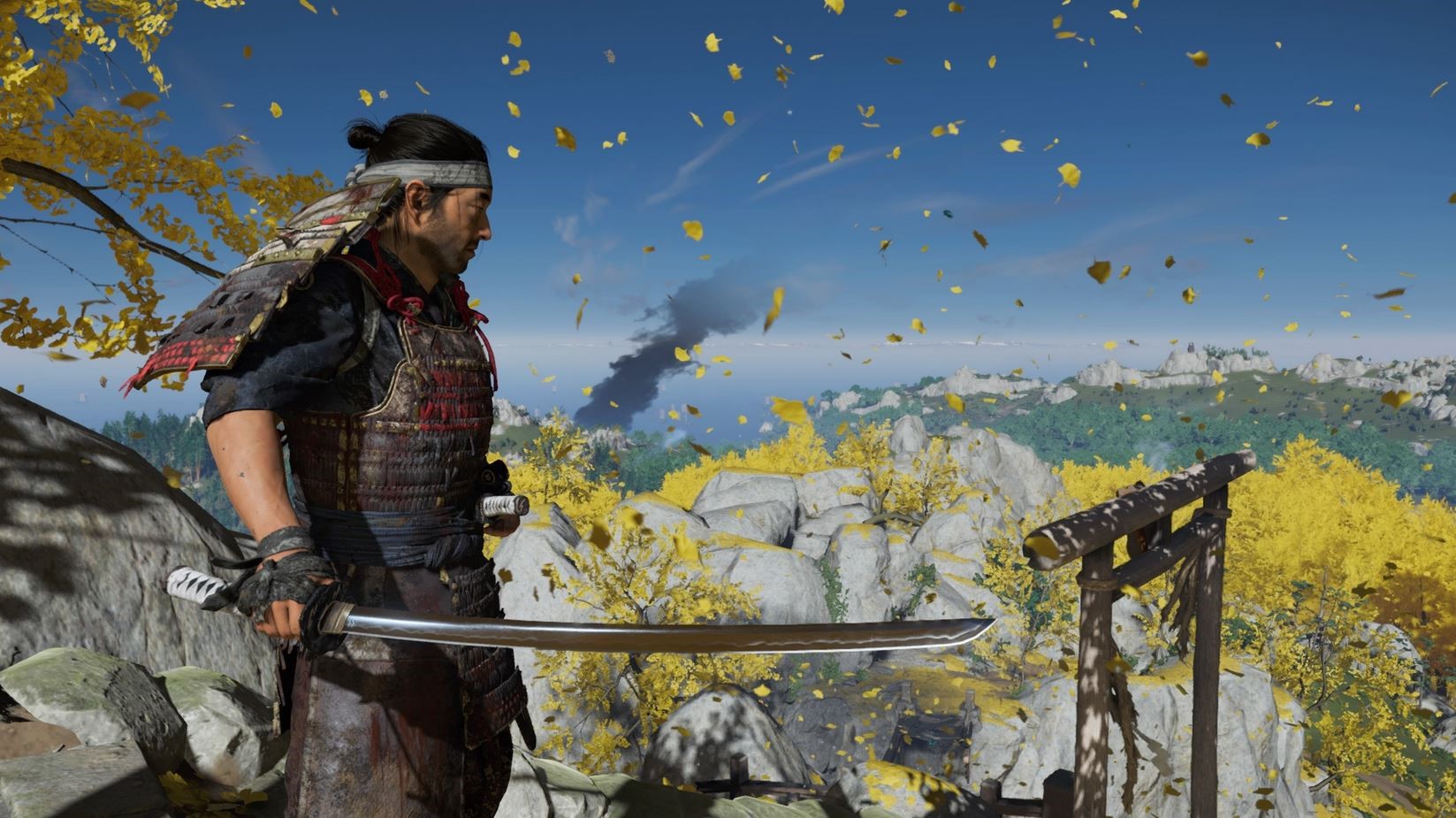 The story told in Ghost of Tsushima carries a certain weight and elegance to it, managing to balance the destructive horror of the Mongol invasion alongside the personal traumas, desires for revenge, and general motivations of the supporting cast you meet along the way. Much like the Kurosawa films that Ghost takes many of its inspirations from, the lighter moments have a brevity to them, as an inevitable sorrow and consequence surely unfolds soon after. If I were to describe Sucker Punch’s Ghost of Tsushima in one word, it would be evocative. This game showcases unadulterated reverence for the samurai movies of Kurosawa, the spiritual beliefs of Japan during the Kamakura period, the natural beauty of the Japanese countryside, and the conflicted views of a nation in the throws of change. It’s this painstaking care and attention to detail that makes Ghost of Tsushima stand in an entirely different league when compared to the stereotypical mysticism of other samurai adventures out there, however it’s also the reason why the rough edges really do stand out more than you would like them to.

Our original review can be found https://www.impulsegamer.com/ghost-of-tsushima-review-respect-elegance-honor/ if you want a deeper dive into the heart and soul of this Samurai game. 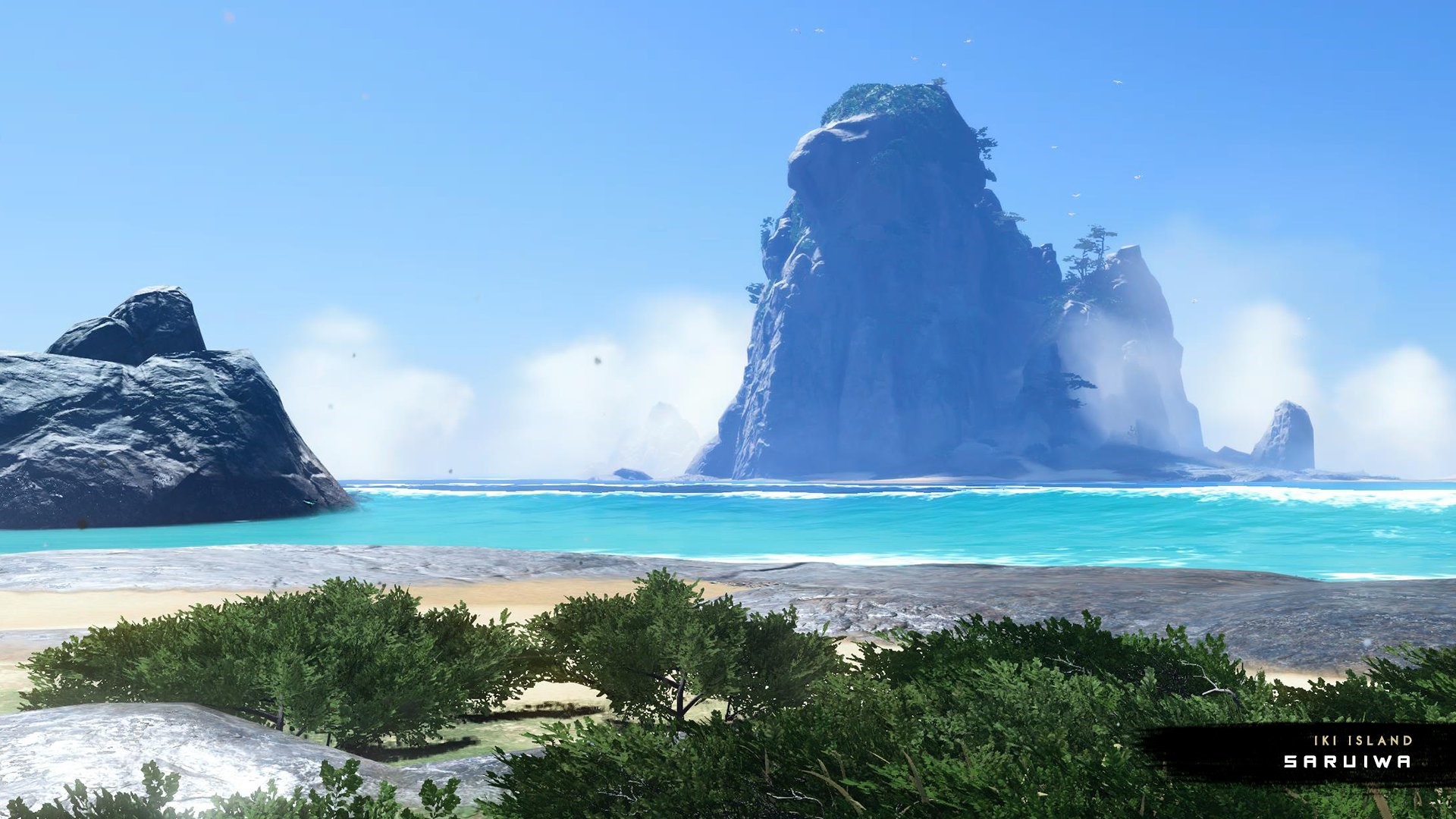 The new area of Ghost of Tsushima, the Iki Island is a thoroughly enjoyable (and challenging) expansion to this open-world game that sees Jin revisiting a darker part of his past. It is here where we learn that Jin lost his father here as a child and not only must he confront his secrets but also the leader of this island called “The Eagle” who have been using Iki as a base to attack Tsushima. There’s also quite a few impressive story moments here that we won’t soil but just like the main story and its surprises, this expansion is equally as engaging and further expands the psyche of our Samurai protagonist.

Additionally, it’s beautifully presented on the PlayStation 5 and while this island is scarred by its invaders and history, it mirrors this with the graphics and is quite distinct compared to the Tsushima with its detailed visuals, matched with its wondrous exploration pathways for the player. There are also tasks that must be carried on Iki and again, animals make a welcome distraction. A special mention is the new audio. Sucker Punch have fine-tuned the audio with 3D and with headphones or external speakers, it increases the immersion factor and really draws you into this Feudal area of Japan. Further, if you want to add to your authentic experience, the Japanese lip sync is now perfect on the Director’s Cut of Ghost of Tsushima. 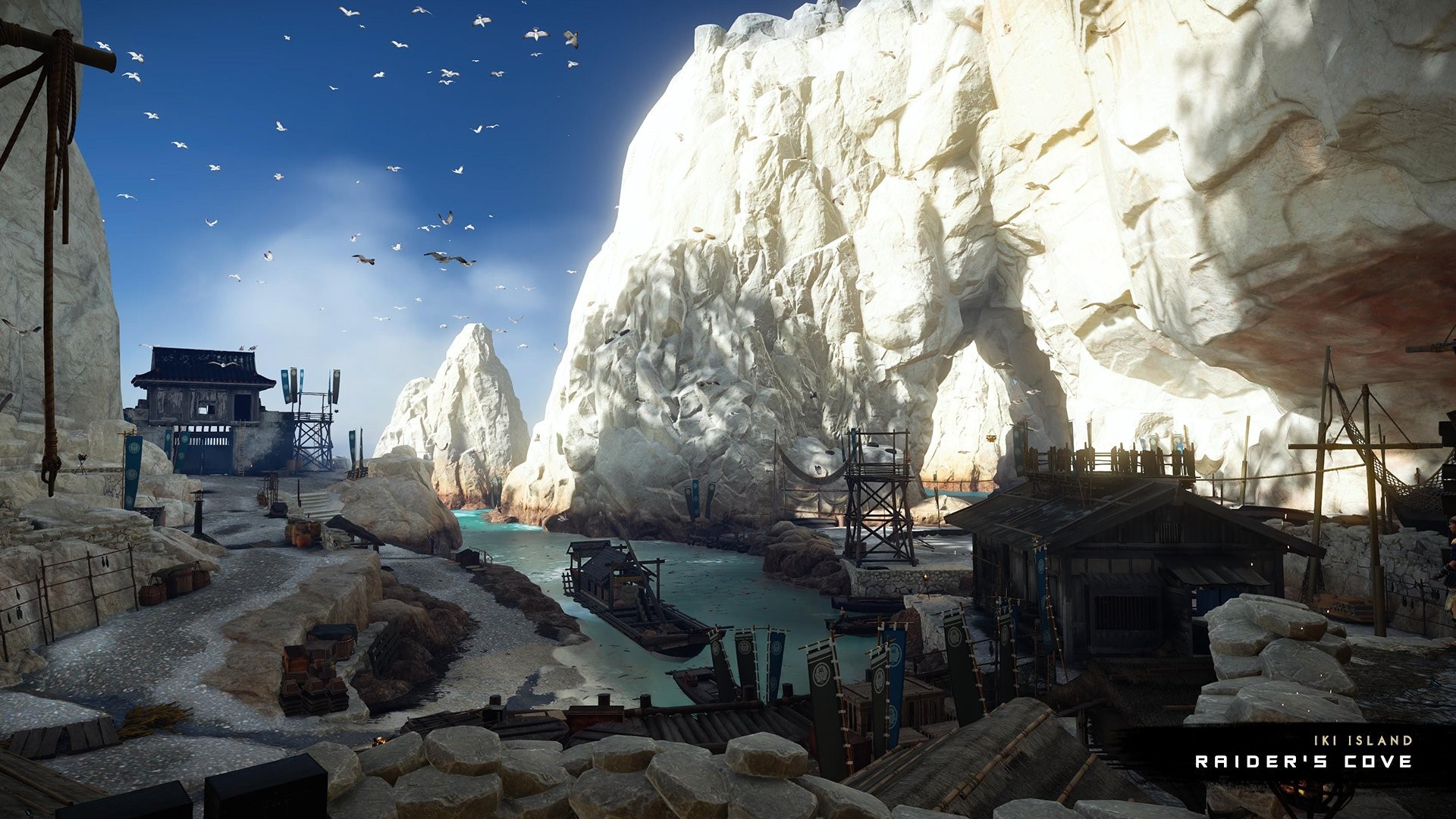 Combat. Causing grief to Jin are the new Shamans found on Iki who force the Monguls into a combat frenzy through their chants and as a result become more deadly. The best way to counter this is to take out the Shamans. Thankfully you have new equipment from weapons to armour with bonuses to help with this new threat and your trusty steed. While the majority combat does stay the same, targetting has been improved that makes fighting more satisfying as you hack and slash or fire arrows into the enemy. Your horse has a new ability that allows you to charge into groups of enemies that knocks them down which is great when facing a threat that outnumbers you. When it comes to storing loot, your horse has access to saddlebags that allows you to carry more. Another new feature is haptic feedback on the PS5 DualSense controller that adds a element of feeling to your gameplay, particularly with riding your horse and combat. All in all, the new expansion is rife with exploration, combat and interesting characters to encounter along the way.

If you have never played Ghosts of Tshuima before, the Director’s Cut is a must have and play game due to its carefully crafted story with exceptional gameplay mechanics, graphics and audio. While I would not call it a true next-gen experience, it is very close and Sucker Punch should be commended on creating such an engaging world with its rich visuals that are led by a very interesting protagonist. The world also fees quite organic opposed to a static closed-world which makes exploring such as a treat. Lastly, Jin is a great protagonist who has secrets and a path of redemption ahead of him. If you own the previous game, you can purchase an ‘upgrade’ to the Director’s Cut that is value for money if you loved the original as it adds to the legacy of Jin and tweaks some of the inconsistencies from the original. 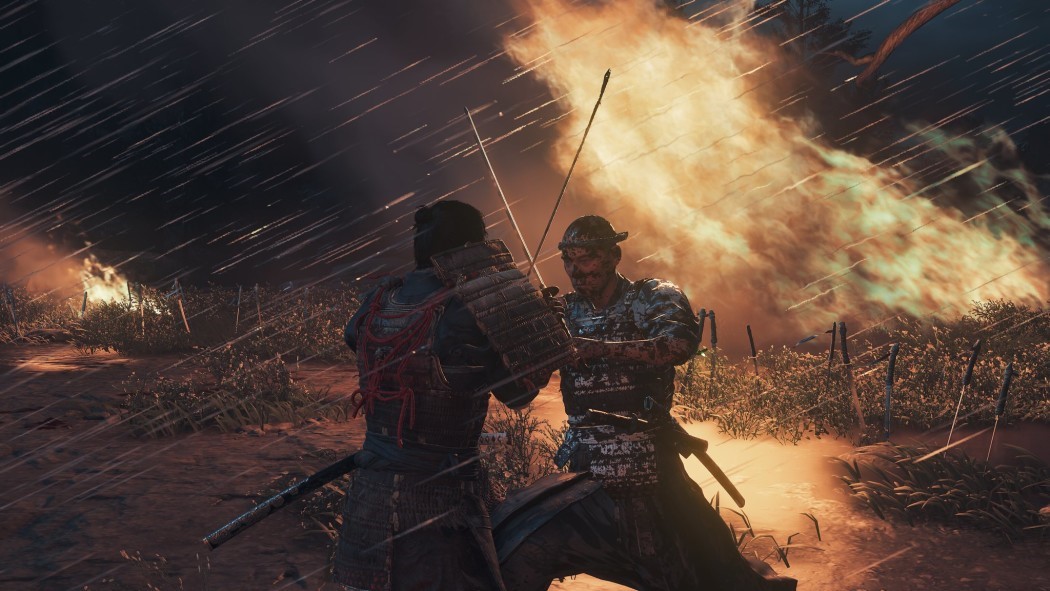 The rise of the Ghost: Seek support from old friends and new unlikely allies to reclaim Tsushima. Break away from tradition, become a new kind of warrior, and protect what’s left of your home and people at all costs.

Mud, blood and steel: Challenge opponents with your katana for an immersive samurai combat experience, master the bow to eliminate distant threats and develop stealth tactics to disorient and ambush enemies.

Become Legends together: Play with friends or via online matchmaking in a series of two-player story missions or four-player wave-based survival missions in the Legends online co-op*** mode inspired by Japanese folk tales and mythology.

A whole new island to explore: Travel to Iki Island to investigate rumors of a Mongol presence in a brand-new story with deeply personal stakes. 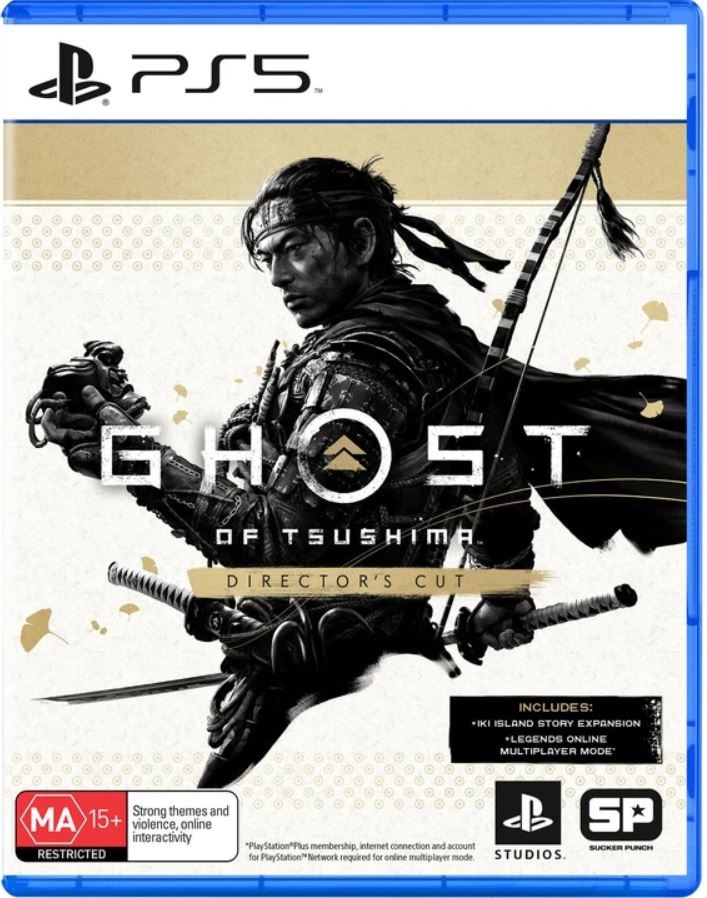