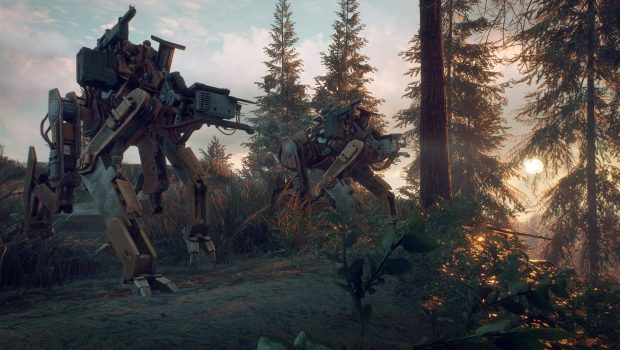 Summary: Seek answers and fight off an army of giant killer robots as Generation Zero takes you back to a very mysterious Sweden in 1989.

Ah, November 1989, such a lovely time of the year. Back to the future part 2 is in cinemas, the Berlin wall fell just a few days ago, Paul McCartney is on his first world tour in 13 years, oh, and an army of mysterious killer robots have taken over Sweden.  Did I also mention that everyone has gone missing? And with that, I present ‘Generation Zero’, an open world first person shooter/survival game from Avalanche Studios.

Set in an alternate timeline several decades after the end of WW2, Sweden has undergone several economic and political changes that have seen the country become more militarised. After returning to your home on a small group of islands off the cost of the main land, you discover the entire populace missing, only to be replaced by autonomous killing machines. Left with more questions than answers, the protagonist must venture forth to discover the truth. However, discovering that truth is another matter altogether.

‘Generation Zero’ is not an easy game to say the least. If you approach this game as a shooter, you will have a bad time. Honestly, you will really hate this game and quickly become frustrated. You need to immerse yourself into the scenario at hand; you are a young teenager coming back from an offshore camping trip and now everyone you know is gone. On top of that, there are these machines you’ve never seen before trying to kill you for no reason. What do you do and how do you stay alive? 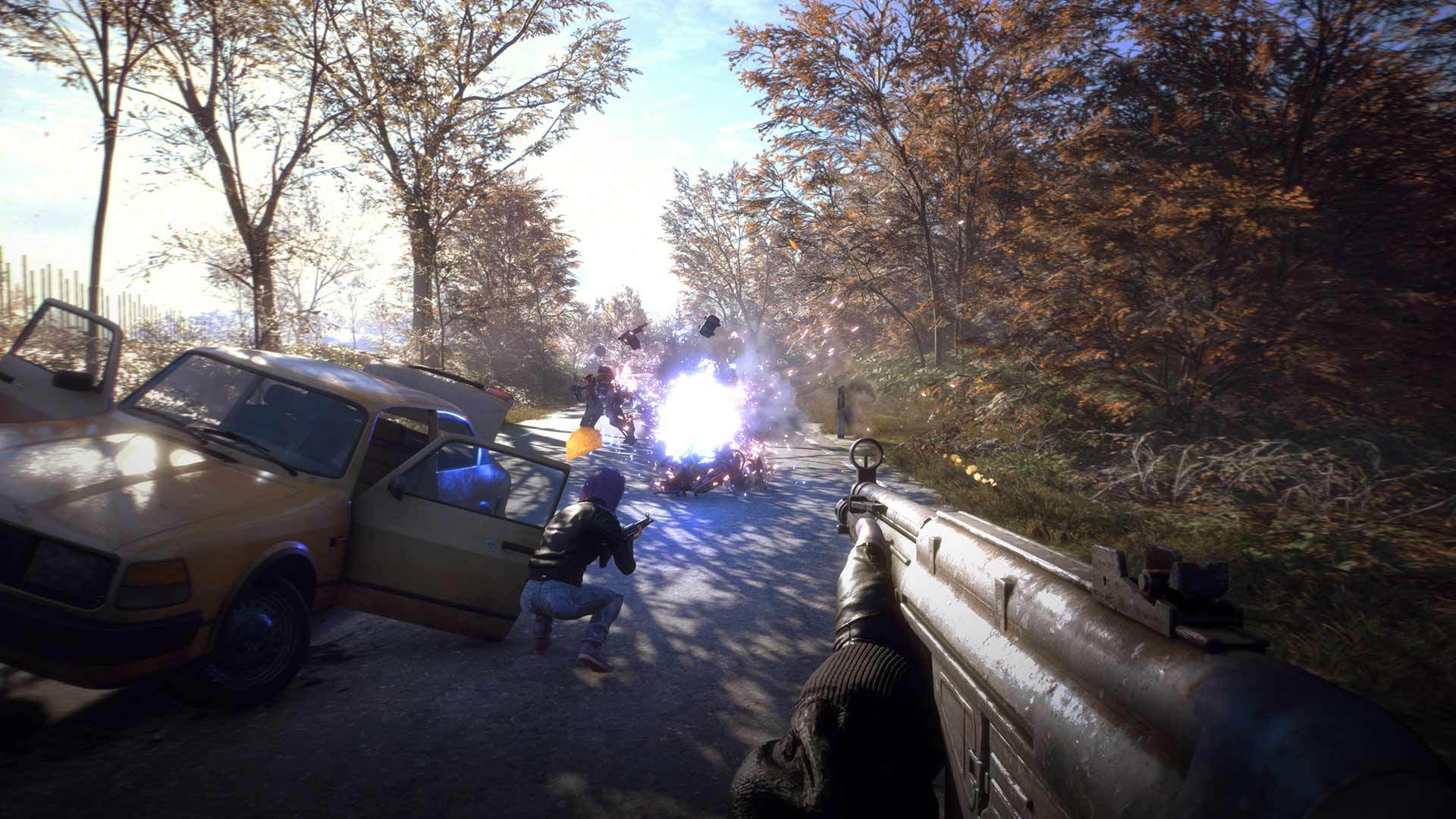 Even though the game is set in an alternate time line, the level of realism is unbelievable. Players are only given a minute amount of ‘tutorial’ instruction before being thrown into the deep end. Just like in real life, there isn’t a magical textbook that suddenly appears and explains how to do everything. You need to learn for yourself, and quickly. Unfortunately, this is where most people will become frustrated because they are use to a particular style of gaming. Yes, there are quite a number of common game mechanics such as experience points, skill trees, inventory management, and RPG elements but not in the manor you would expect.

The most noticeable difference to most games is death, or rather what happens when you’ve eaten one too many bullets. Normally, you’d become frustrated at the game because now you need to redo the last hour of gameplay because you forgot to save your progress. In ‘Gen Zero’, death is sometimes your best option and something that I personally wished I had learnt sooner rather than later.  Why, you ask? Well, oddly enough ‘Gen Zero’ takes ‘death is the best teacher’ to a whole new level by awarding XP upon “combat failed”.  Personally, I’m not sure how I feel about this ‘feature’ as it normally awards more XP than winning combat and staying alive.

On its own, gaining XP is a slow and rather painful process that requires an enormous amount of time to get such little reward. After playing for 20 hours I was only able to achieve level 4. I then managed to gain a further 2 levels when I died multiple times fighting off the legion of larger robots that had spawned around a church that was acting as my safe house.  It was also during this battle that I discovered just how much effort had gone into making this game realistic. Armed with my trusty hunting rifle, I perched myself within the bell tower and began picking off several of the dog-like robots. Using the previously obtained silencer and upgraded scope, I was able to quickly exploit the exposed gas tank mounted prominently on the robot’s backs. A single shot would explode the tank and easily kill its wearer. However, the silencer did little to conceal the loud boom as unaware robots began exploding at random. The noise then attracted other robots to the area and soon enough I was discovered and under fire. Hiding behind cover to avoid the borages of machine gun fire, I noticed more robots were been drawn to my location. Not because of the aforementioned exploding robots, but rather the ringing of church bell. To my surprise, the incoming bullet fire was hitting the giant iron bell and causing it to ring. Oddly enough, it was this moment that put everything into perspective. ‘Generation Zero’ is not just about killing robots; it’s about creating a realistic simulation of what would happen. Every part of the game mechanics has been designed with the intention of the player using their brain to think before acting. 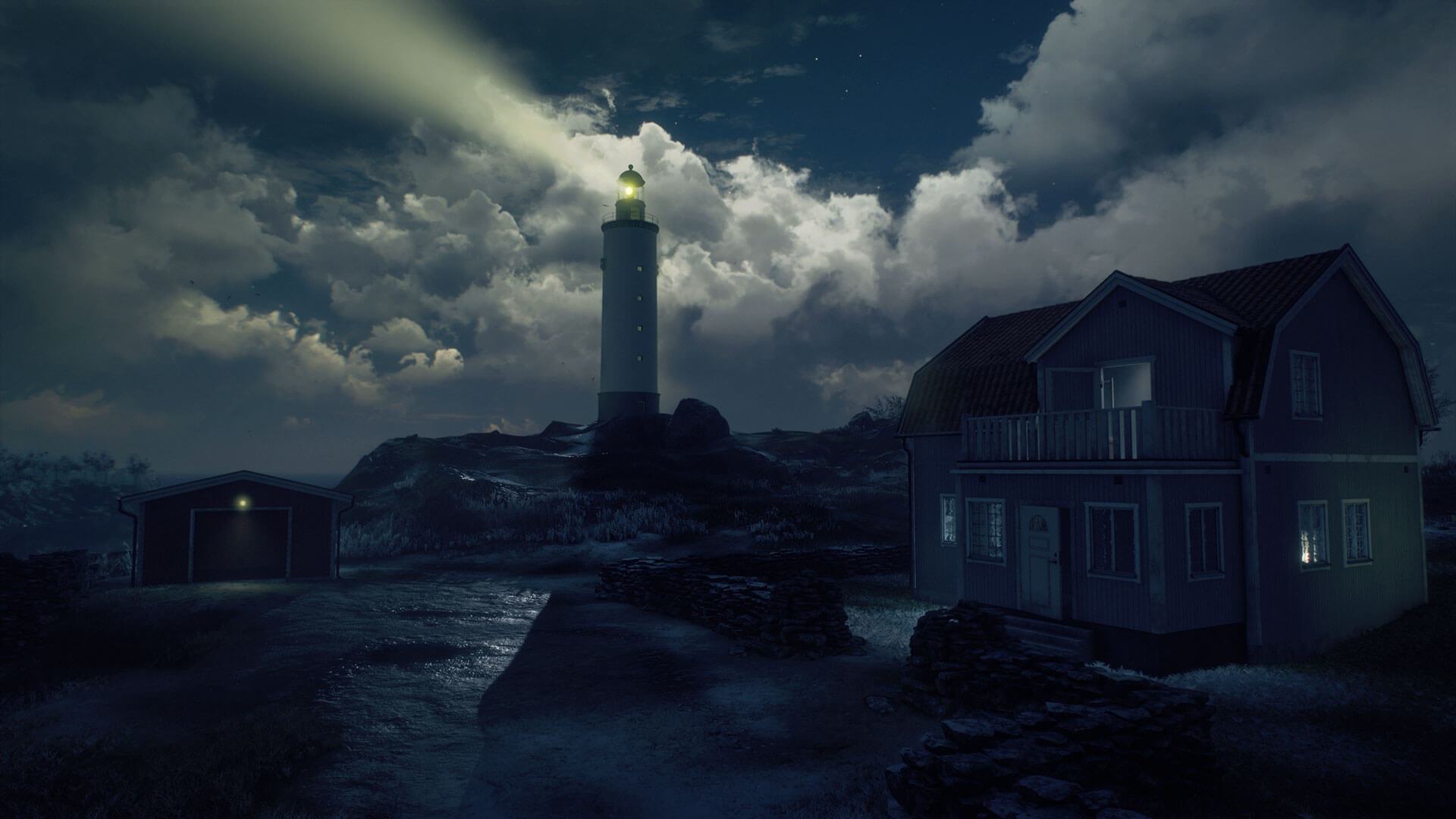 As much as I can praise ‘Generation Zero’ for creating such a realistic simulation, the game still struggles to make it believable. One of the biggest draw cards is the graphics. While the outside world is lush with the beautiful forests, shorelines, and star filled night skies that Sweden is famous for, the same cannot be said for the indoors. Scavenging houses, cars, trucks, and even military bunkers for supplies and upgrades is a big part of this game. Where other games make the process of finding hidden loot exciting and rewarding, ‘Generation Zero’ quickly saps all the fun out of it. From the exterior, each house and building looks unique and thoughtfully planned out, but the interior speaks a very different story. At first, I thought that I was just in a region that wasn’t as economically well off due to each house having the different combinations of the same furniture that could only be found in the discount bin at IKEA. Instead of a double bed in the master bedrooms, two single beds were simply placed side by side to create the illusion of something much grander. This could have worked if it wasn’t for each bed having different coloured sheets. Rooms (including bathrooms) are lined with duplicate copies of the same 80’s punk band posters as if they’re covering up holes in the wall. But the biggest issue I had with a game that is so obviously trying to be realistic is when I started discovering homes that were clearly a family home yet had no bedrooms.

At the end of the day, I will gladly call ‘Generation Zero’ a good game. It brings new elements and ideas together in a unique setting that hasn’t been seen before. However, the game’s point of difference is also its biggest downfall due to a lack of consistency across all elements of gameplay. Even though Avalanche Studios are constantly working on improving and updating the game, I wouldn’t call it a finished title just yet. Truthfully, I don’t feel that this game is overly suited for the Xbox and would be more enjoyable with a team of 4 people playing on PC. With time, ‘Generation Zero’ could become something incredible, but not just yet. I really do hope that a sequel is made for this game once the developers have got more experience in refining the title. I’m glad to have played ‘Generation Zero’ and look forward to seeing what comes next. If anything, I hope that the developers start using IKEA’s spring catalogue when redesigning the houses.