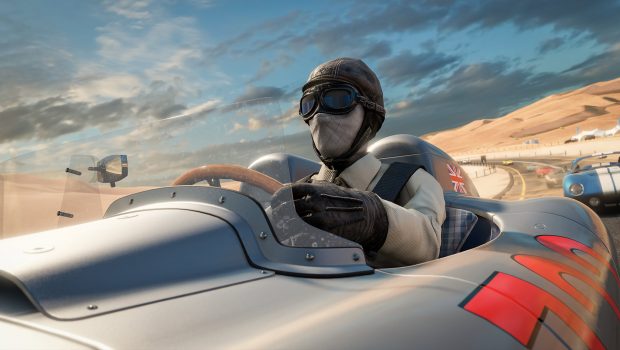 Summary: Forza Motorsport 7 on the Xbox One X is true 4K racing perfection!

OMG! I thought Forza Motorsport 7 looked amazing on the standard Xbox One, however when you see it on the Xbox One X, it takes the graphics to an entirely new level. This includes native 4K and a very impressive 60 frames per second plus HDR for truer and more realistic colours. The end result is a stunning racer on this new console that is one of the most smoothest racers I’ve ever played at this resolution. 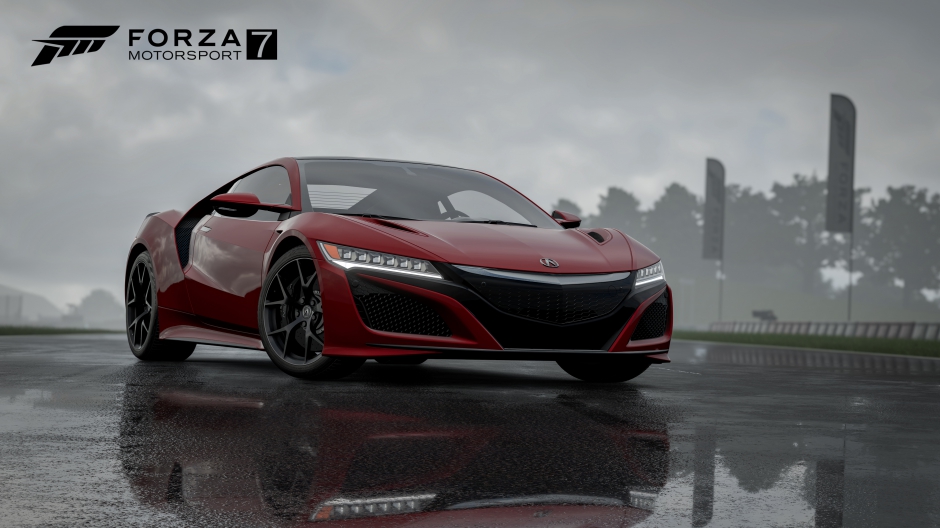 Add is around 700 cars such as the BMW Z4 to the Alfa Romeo P3 and the majestic MacLaren F1 plus a wealth of playable locations from around the world, including some very sturdy gaming mechanics and Forza Motorsport 7 delivers on every single level. So if you’re a racing fan, Forza Motorsport 7 hits the highs and even if you’re not a racing fan, you seriously need to check out this title on the Xbox One X because the developers ensure that everyone is welcome. 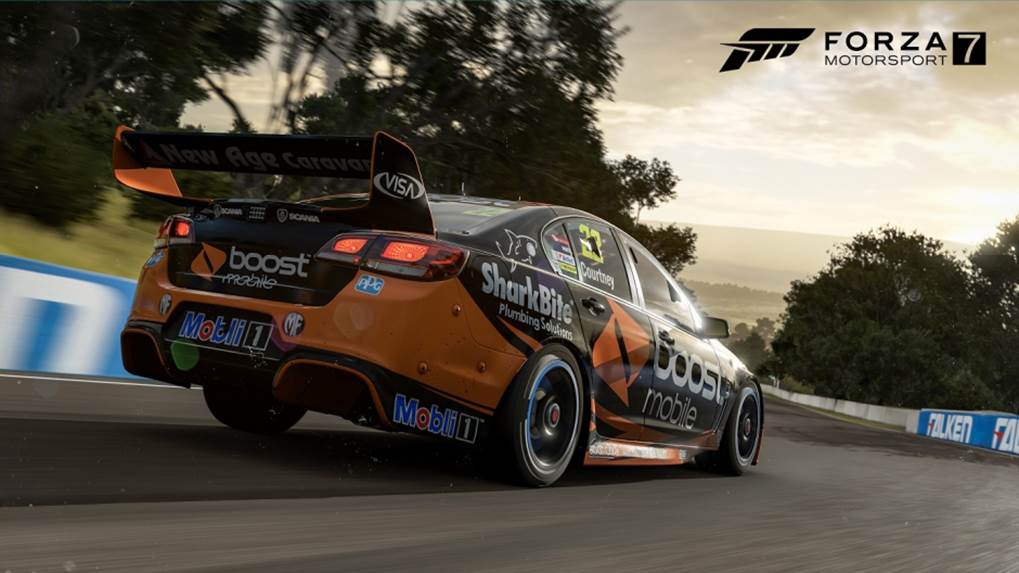 Furthermore, the controls are well mapped on the Xbox One X controller with just enough vibration to know what your car is doing in the virtual racing world. For the first few races, I was blinded by the beautiful environments and when you get into the ‘zone’, you’ll also appreciate the sense of speed that Turn 10 have incorporated into the game. So when you’re racing at high speeds, it actually feels like you are moving very fast and more importantly, each of the cars classes handles slightly differently in terms of controls, not to mention the traction of the tyres. Although I’ve been racing in the virtual world for 20+ years, the game does offer various in-game assists and the ability to fine-tune your car. 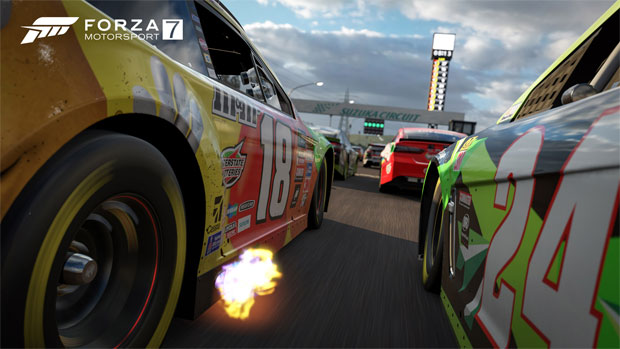 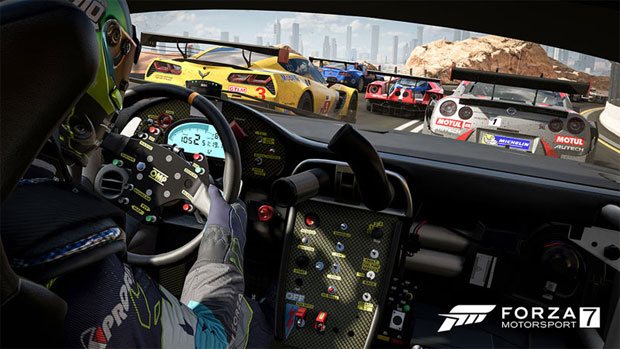 As mentioned and when it comes to graphics, Forza Motorsport 7 looks stunning on the Xbox One X and although the cars are perfectly rendered, it’s the whole package where this game shines, especially with 4K and HDR plus a very smooth 60 frames per second. The backgrounds are extremely detailed and the illusion of driving is an impressive experience, especially the sense of speed.

Furthermore, each track looks quite distinct such as the beauty of Japan’s Suzuka to desert speedways of Dubai. Then you have its dynamic weather system that changes as it would in the real world. For example, it might be a nice sunny day when you start, however a storm might be brewing halfway through the race which changes how you play the game. 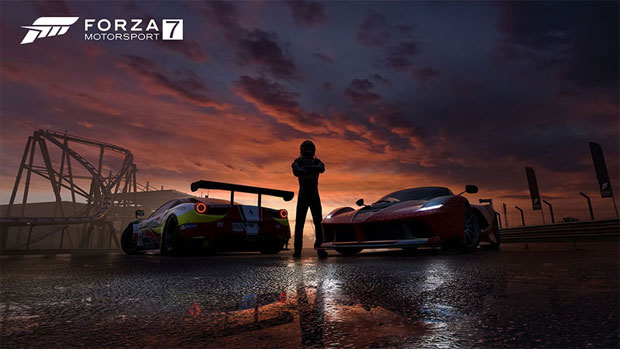 Sun, night, rain and mist are just a few of the other challenges that you may face in the game but for me, it was the realistic rain effects that requires you to slow down, unless you want to spin out and crash. Speaking of damage, I loved the subtleties of the little dents to something more substantial. Audio also supports Dolby Atmos and this is one racer that needs a decent sound system or headphones to create that true immersive experience. It’s almost like the cars are racing through your lounge room.

If you’re an Xbox One X owner and need the definitive racer of 2017, Forza Motorsport 7 is that game. Not only does it look amazing (okay… it’s a work of art) but it plays extremely well on this console. Add in more cars then you can poke a stick at, detailed and realistic tracks plus online play and Forza Motorsport 7 on the Xbox One X should be your racing destination for years to come which boasts almost perfect gameplay. 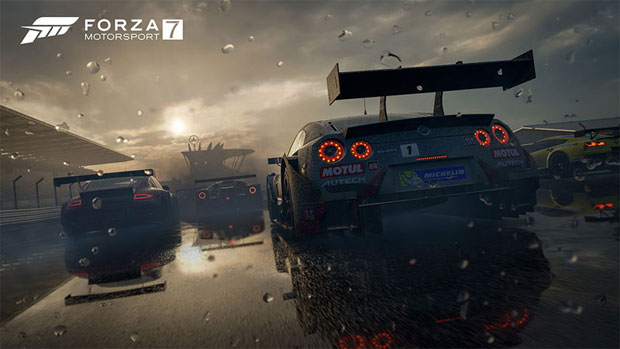