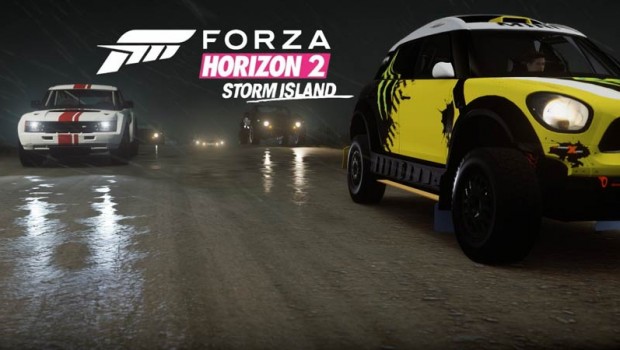 Summary: Forza Horizon 2 Storm Island is easily the best DLC of the year because of the amount of content jam packed into this release

Forza Horizon 2 is easily the best next-gen racing game and proved that open-world racers with decent gameplay was possible. It’s just a shame that its competitors can’t do the same and thankfully for fans of Forza Horizon 2, it’s latest expansion pack has arrived for Christmas entitled Storm Island. This expansion also boasts some amazing graphics thanks to its realistic weather effects and locations that really pop and look quite stunning on the XBox One. The DLC also boasts five new events, new challenges plus five new cars and trucks to make this one of the best expansion packs of the year in terms of value for money. 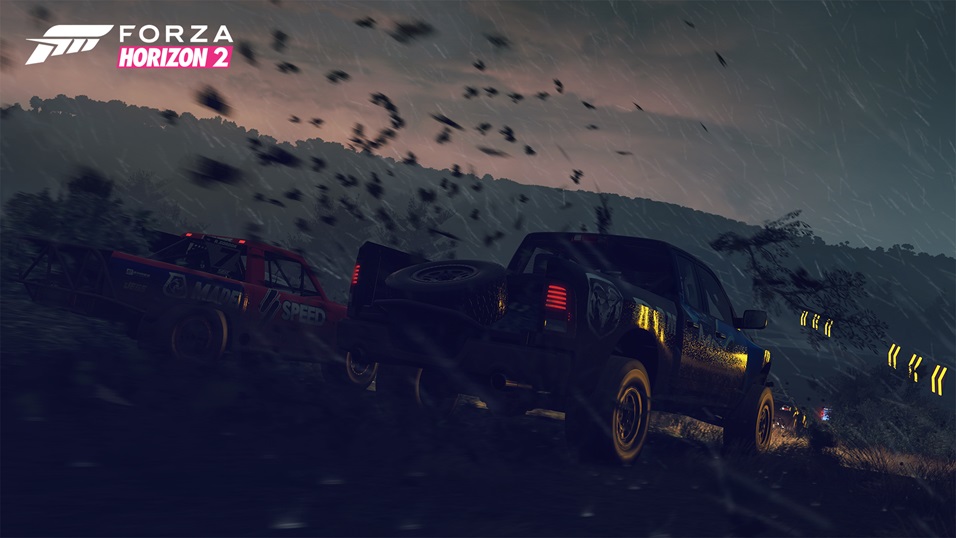 Needless to say, Both Playground Games and Microsoft Studios should be commended on cramming so much content into this release and whether you’re racing the new 1981 Ford Fiesta XR2 or the 2013 Robby Gordon #7 Speed Energy Drink Stadium Super Truck, Storm Island is definitely oozing with some great replay value and more importantly a huge level of enjoyment. Another interesting element of the game is that once it has downloaded (it’s around 3GB), you can actually need to drive to Nice Harbour in the game which then takes the player to the new area called the Isla of Della Tempesta (aka Storm Island). It’s a nice touch that the DLC is actually incorporated into the main gaming world. 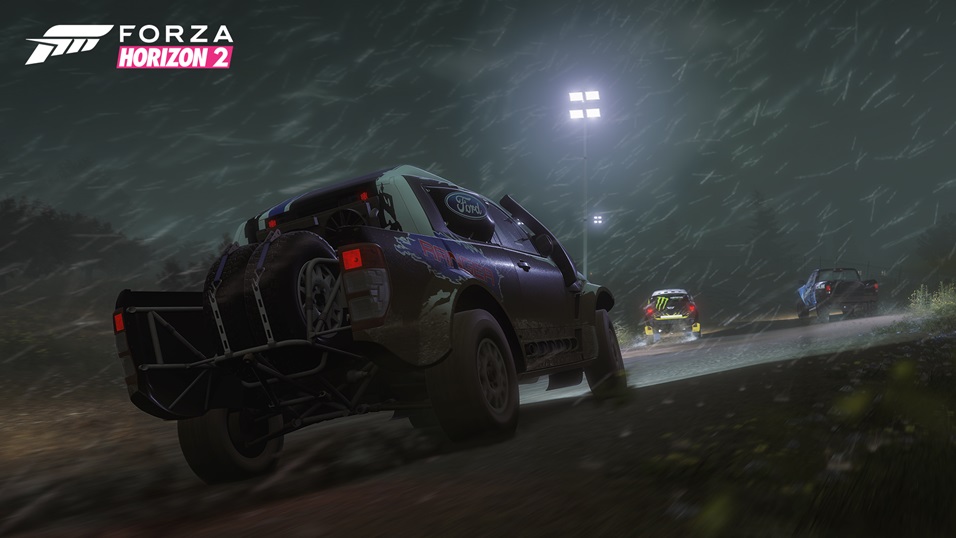 Apart from the five new events which are totally cool, Storm Island features some spectacular weather effects that look amazing on the XBox One, especially as you drive through this realistic storm that really increases the adrenaline factor as it makes racing a little more edgier with the reduced visibility. Another difference with Storm Island compared to Forza Horizon 2 is that the developers focus more on off-road racing which definitely creates a different tactic while racing these sometimes dangerous roads in unpredictable weather conditions.

Besides the five new cars in Storm Island that include the 2013 Robby Gordon #7 Speed Energy Drink Stadium Super Truck, 2013 MINI X-Raid All4 Racing Countryman, 2014 Ford Ranger T6 Rally Raid, 1981 Ford Fiesta XR2 and 1992 Mitsubishi Galant VR-4, players still have the option of tweaking pre-existing cars to give them that off-road feel in the garage. However if you don’t have an off-road car, forget about winning any of the races so tweaking your pre-existing cars is a must. 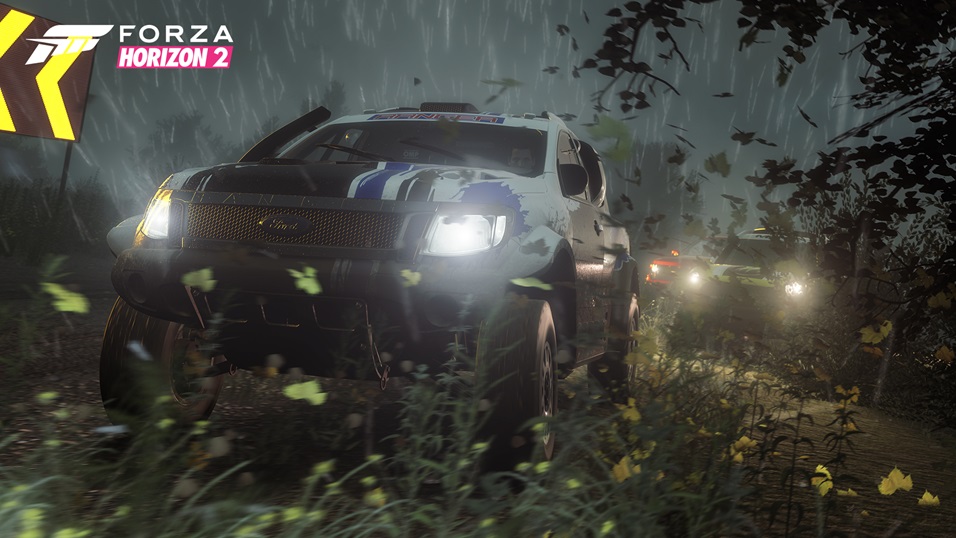 Let’s talk about new events. Storm Island boasts Rampage, Brawl, Extreme Cross Country, Cross Country Circuit and Gauntlet as the new events available to the player. The highlight for me was Gauntlet which is basically a point to point race, however it is held at night and with the extreme weather conditions of Storm Island, it was not only a joy to race but a real challenge… perhaps even a touch of controller rage. Another point to point event is Rampage but this incorporates more obstacles plus some really cool smashable objects that makes it a truly crazy event with all the mayhem going around.

Next up is Extreme Cross Country which focuses on the extreme weather conditions of Storm Island and due to the elements of mother nature, it makes it considerably more challenging than previous cross country events in the Forza series. My second most enjoyable event was the Cross Country Circuit that has players racing around this massive area but once again the theme of Storm Island plays a role which almost makes it feel like you’re playing a totally new game. The game also boasts bucket lists, speed zones and of course those amusing speed traps that add to the overall enjoyment factor of this Forza Horizon 2 DLC. Because Storm Island can be so chaotic, even though there are elements of sunshine and calmness, you almost feel that Lara Croft is going to appear because this island definitely does have parallels to Yamatai from the Devil’s Triangle of the latest Tomb Raider title. It’s quite a cool premise. 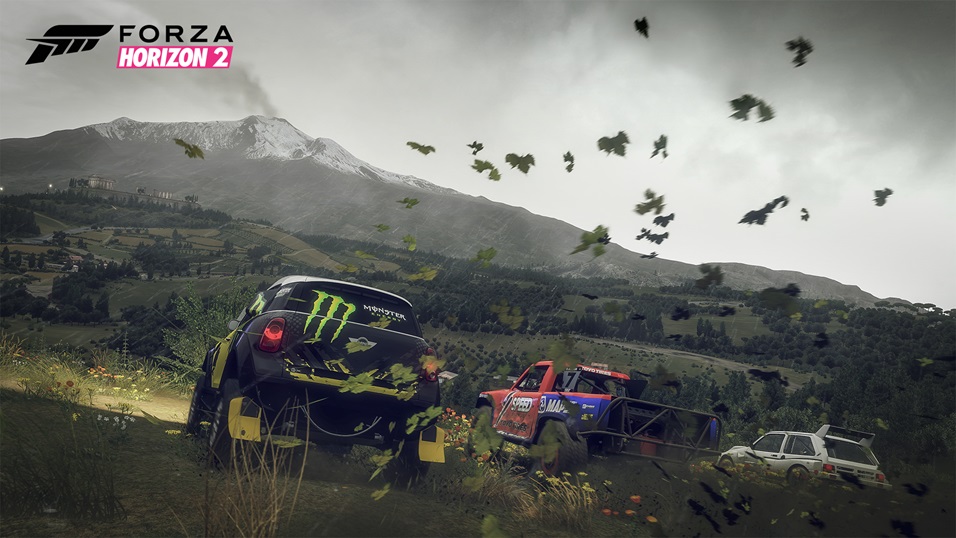 Graphically, Playground Games have really pushed the Forza Horizon 2 engine, especially with the realistic weather effects that combine rain, fog, lightning and the different times of the day to create this extraordinary looking game on the Xbox One. Apart from the great weather effects and lighting, Storm Island also boasts some beautiful locales and some very good looking car models that move with a real-world grace. However what I enjoyed about the graphics were the unpredictable storms that really added a new gaming mechanic to this very sturdy game. Audio is another highlight, especially the diverse sounds of cars and the amazing weather effects with those booms of thunder. 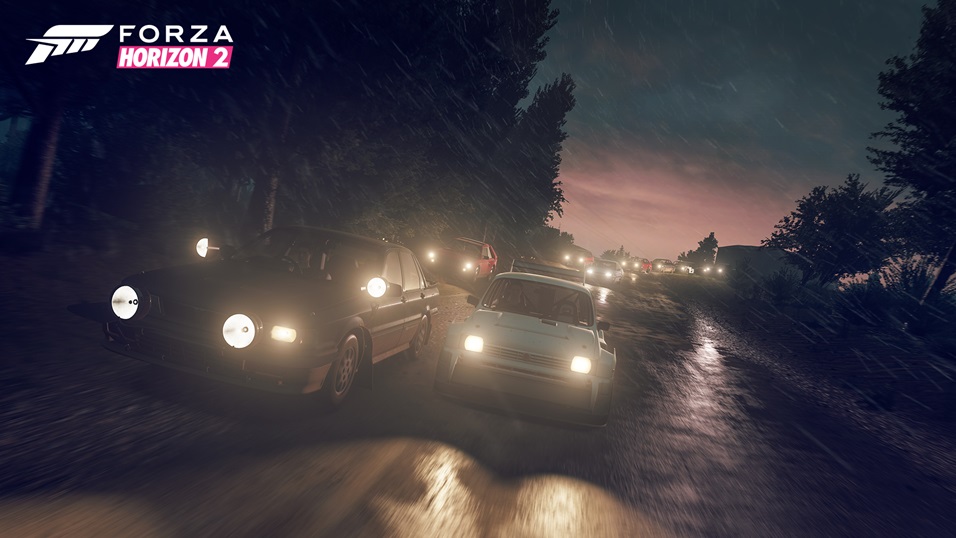 Forza Horizon 2 Storm Island is easily the best DLC of the year because of the amount of content jam packed into this release. However rather than sitting on their laurels, Playground Games have created new events and updated the graphics engine to create some spectacular weather effects and gameplay tweaks. Add in some difficult bucket list challenges, new online features and a new twist to racing thanks to the harshness of Storm Island and this DLC is definitely a must have additional to any Forza Horizon 2 fan.