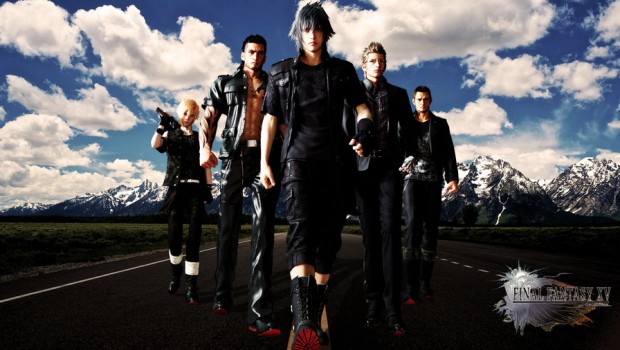 Summary: Final Fantasy XV is a true next-generation game of this longstanding and entertaining franchise with new mechanics to give both fans and first-timers a thoroughly enjoyable Japanese RPG experience.

One of the most anticipated role-playing games of the year has finally arrived on the PlayStation 4 (reviewed) and Xbox One in Final Fantasy XV with this series being one of the founding fathers of the Japanese Role Playing Games (JRPG) genre. So if you’re a fan of this series, it’s been a very long time between ‘drinks’ so to speak and given the development time of 10 years, I was feeling a little apprehensive when it arrived but thankfully I was pleasantly surprised at the end result. 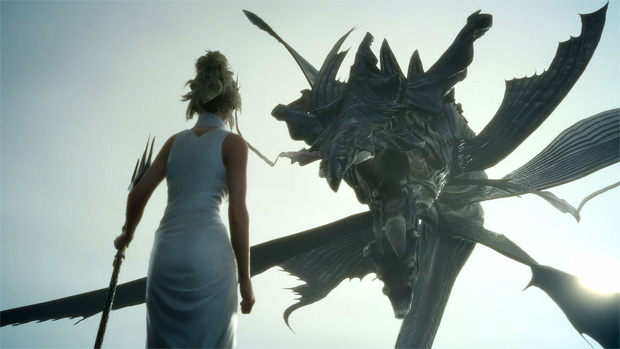 So kudos to Square Enix for making this quite an entertaining journey but is it the best Final Fantasy game in the series? No but what it does is give this series some much needed next-generation direction and this is where it succeeds, especially by paying homage to what came before it. Sure, it may look like a boy band on a road trip but as you delve deeper into the title, you’ll find that Final Fantasy XV has a lot going for it and one game in the series that I enjoyed very much. 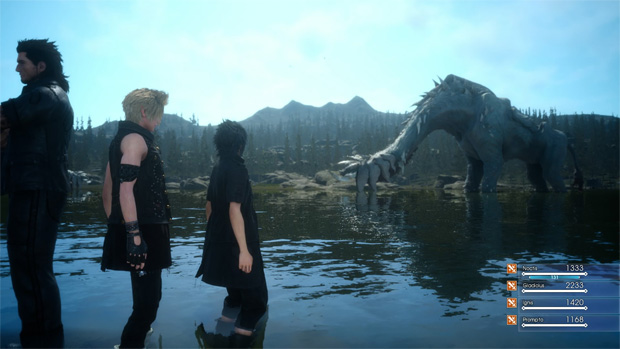 Like the previous games in the series, Final Fantasy XV is a very flashy Japanese RPG experience with larger than life characters, memorable villains, an interesting yet sometimes convoluted story, sturdy combat that when matched with the core gaming mechanics creates something very entertaining on the PlayStation 4. The only hurdle I had with the game was the installation process and for some strange reason, the installation took a couple of days with a whopping 54GB of data that needed to be downloaded. So whether that was the PlayStation Store or my PlayStation 4 itself, I was not sure why this was occurring but interestingly enough, I had no issues with other titles downloading on the Xbox One via Wi-Fi. 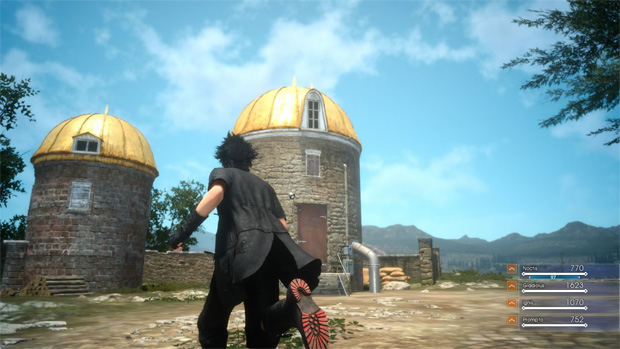 Once the installation completed, I was ready to literally hit the world of Final Fantasy XV running. However at around 6GB of the installation, players can engage in Open Combat which allows you to engage in a myriad of fights. Before jumping into the game, the title does give you the option of completing the tutorials which includes the combat mechanics and the lore of this current game which is a great refresher, especially the fighting strategies. So when I was in the main gaming universe, Final Fantasy XV does a good job at supporting you get your head around the gaming mechanics, however before long you are thrust into chaos and then it’s up to you plus your AI buddies. 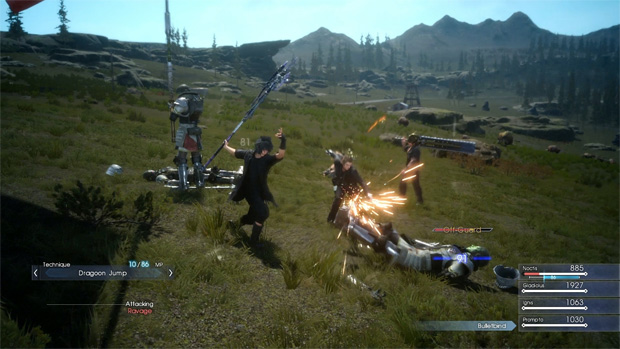 Sure it does feel a little daunting at first but as this is an open-world JRPG, it’s quite a living breathing world with plenty of NPC’s to meet, side quests, collectibles to find and mini-games to keep you thoroughly entrenched. I also love the cameos and without spoiling the story, you do get to meet Cindy, Cid’s granddaughter who helps with the connection to this massive franchise. Exploring the world of Final Fantasy XV can be done in a number of ways that includes walking and vehicles with the option of fast travel. If you’ve seen the trailers, you’ll know that you do get a car called Regalia (unfortunately with limited controls) and even the ability to engage in some Chocobo riding! 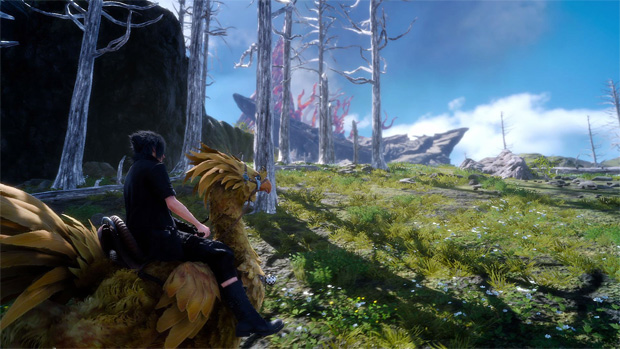 The story behind this current instalment of Final Fantasy revolves around two warring kingdoms on the planet of Eos with the protagonist being Prince Noctis. Unfortunately for our young prince, he has become the ultimate chess pawn of peace that has been ordered to marry Lady Lunafreya of their neighbouring kingdom in order to prevent an all-out war. So what better way to enjoy your last days of freedom then by going on the ultimate road trip with a group of friends as Noctis heads across the country to attend his own wedding but of course, things don’t go according to plan. The developers have also added timed dialogue choices when you meet NPC’s which does dictate how the conversation may go, including any repercussions, not to mention encounters!

Needless to say, there’s going to be lots of banter among this group which really helps flesh out these characters and the story of Final Fantasy XV which is filled with drama, emotion and humour. Joining Noctis on his road trip is Prompto, the joker of the group, Ignis the more serious one and finally Gladiolus, the tough guy. As mentioned, you do get access to Regalia which help your characters get from point A to B, however I found this more of a story technique because while you’re travelling, you will hear the chatter between characters. As these moments do get a little repetitive, you can ask Ignis to drive which basically forces the game into fast travel, provided it’s available. On a side note and when you have finished the game, Regalia has the ability to fly. However by finding yourself off the beating track, you’ll discover additional side quests and some great dungeon crawling, including upgrades for items and of course experience to help you level up. 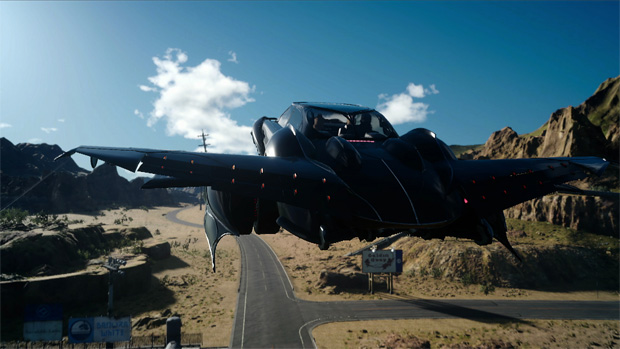 At its heart and as mentioned, Final Fantasy XV is an RPG which does require you gather ‘experience’ in order to level-up and then fine-tune your attributes which gives you access to skill trees that include combat, exploration, magic, recovery techniques, stats, team work and wait mode. As a result of levelling up, you are awarded ability points (AP) to power-up your new abilities and by the end of the game, you and your team are a lean mean killing machine.

Another fun aspect about the title is that your team also have a specialised skill such as fishing or cooking. Cooking allows you to create your own meals that have various benefits such as power-ups and other bonuses. So while grinding is part of your levelling, the mechanics make it less of a chore, although you do need to rest at a camp or inn to upgrade your character. A really fun feature of the game is Prompto who is actually a photographer, so during the day, he is actually taking photos of your adventuring which is almost like a highlight reel. If you like some of the photos, you can even save and share them. 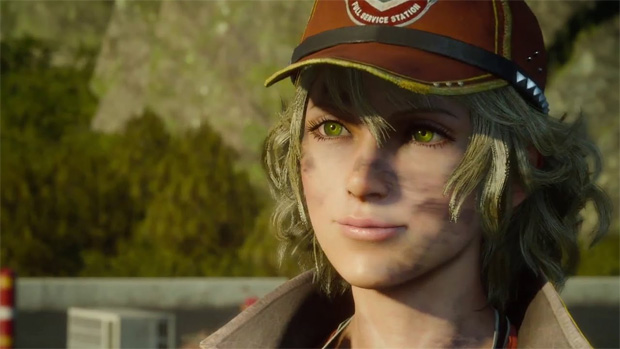 However like other RPG’s, it all comes down to combat the system used in the game which is quite intuitive and can be played in a variety of different ways, including strategies like warping or assaults. Combat is real-time and allows players to perform some great attacks, not to mention the ability of chaining attacks together with other players, however that overarching RPG aspect is still there. Opposed to melee attacks, players have access to magic which is limited in the game as they use an item system and when you have them available, they are very satisfying to use. One thing that is lacking a little in this game are summoning allies to fight and although still available but like magic, it does take a backseat but when used… wow, they are not only powerful but visually very impressive. So at the end of the day, it’s quite fun a Japanese RPG with quite a bit to do, including replay value for those that want to keep on exploring. The only tricky aspect about combat was giving your allies orders but you do get used to this system.

Enemies are very diverse in Final Fantasy XV. Whether they’re your easy to challenge desert creatures to more calculating soldiers or to the truly behemoths like the err… Behemoth, Iron Giant or Leviathan, diversity is a real key and more importantly they all move quite differently with their own tactics that must be taken into consideration when battling them. Although the game supports two difficulty levels at the start with easy or normal, you can tweak the combat via the options which can make the combat quite a challenge, especially if you’ve walked into an area where you may not be the right level or have the required attribute set to defeat them. 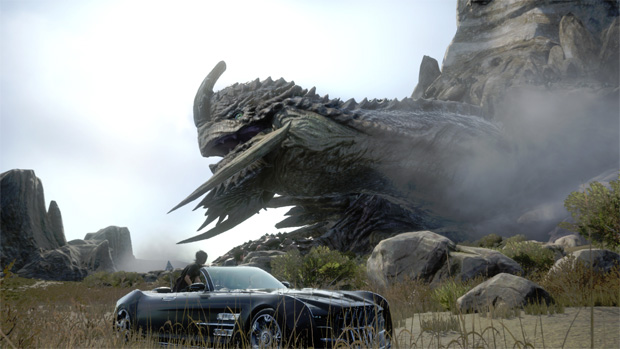 Graphically, Final Fantasy XV is good looking title on the PlayStation 4 with some much needed attention to detail and an ‘open world’ that is quite expansive. Characters are modelled well and when matched with the lush landscapes, cinematography and special effects, it’s easily the best looking Japanese RPG at the moment. However Final Fantasy has always been about the cinematics and these look amazing on the PlayStation 4. Once again Square Enix are the Lords of Cutscenes. The only issue with the graphics is that sometimes the cameras focus on the wrong sections during combat. 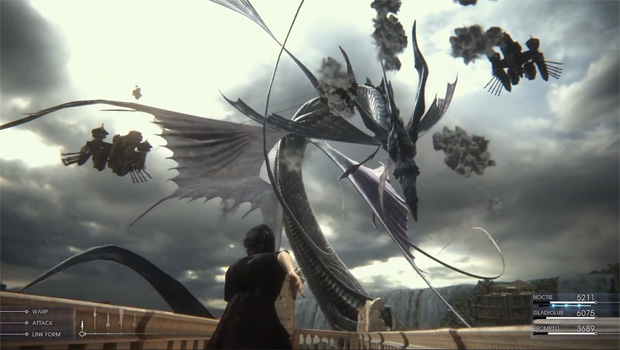 To help with the realism of these characters, Final Fantasy XV features some great voice acting, particularly from the main protagonists. Sure, some of it is clichéd and a little over the top but overall, they get into the psyche of the character which helps with the immersion factor. The music of Final Fantasy XV is just awesome and even contains some classic tunes and the soundtrack really supports with the drama, comedy and action of this gaming world filled all the fun and dangers of a world plagued by a potential war. I also loved the inclusion of the 1962 song ‘Stand by Me’ performed by Florence + The Machine which for me had some parallels to the Stephen King movie of the same name as this game is almost a coming of age story. 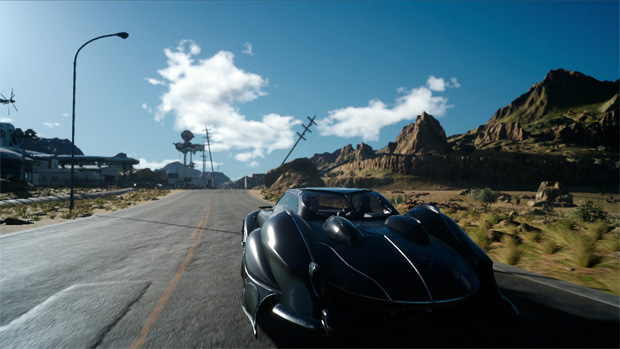 Final Fantasy XV is a fantastic new direction for the series that positively creates an interactive and detailed world for players to explore with a fun bromance in the background. As highlighted by the developers, it’s both a game for fans and first-timers and although the traditional mechanics have been tweaked, especially when it comes to combat, it still feels like a Final Fantasy game but more importantly a Final Fantasy game for next-gen consoles. 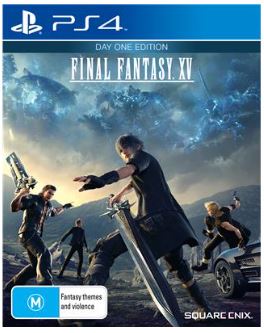