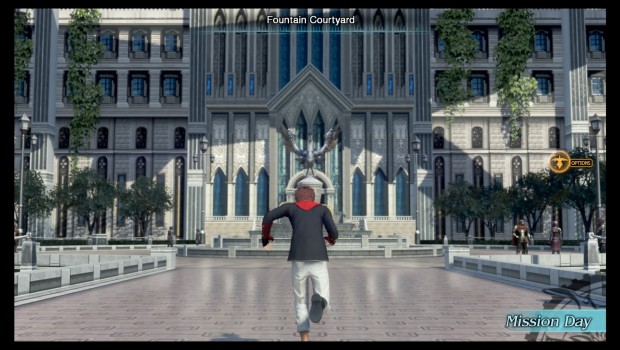 Summary: One of the better Final Fantasy titles of late

Within the first half hour, Final Fantasy Type-0 HD establishes what game it wants to be. Through a ten minute opening cutscene, we watch some guy (later revealed to be the brother of a playable character) take part in a conflict we understand and care little about (unless we watched the additional four minute pre-start menu cutscene). Over the course of roughly five dramatic scene changes, this tangentially relevant character is dying; he practically goes through the five stages of grief on his own, and backwards. This scene is so vitally important to establishing the tone of the game that the five dramatic dying scenes forget that the first one had enemies appear. Those enemies were supposed to be the reason that pseudo-main character Ace wasn’t beside his friend as he died; instead, Ace and his pals just turn their back on a dying young man and listen to the laboured sobs as he finally kicks the bucket. And then it’s time for dramatic, black-and-white-with-splashes-of-red opening credits! 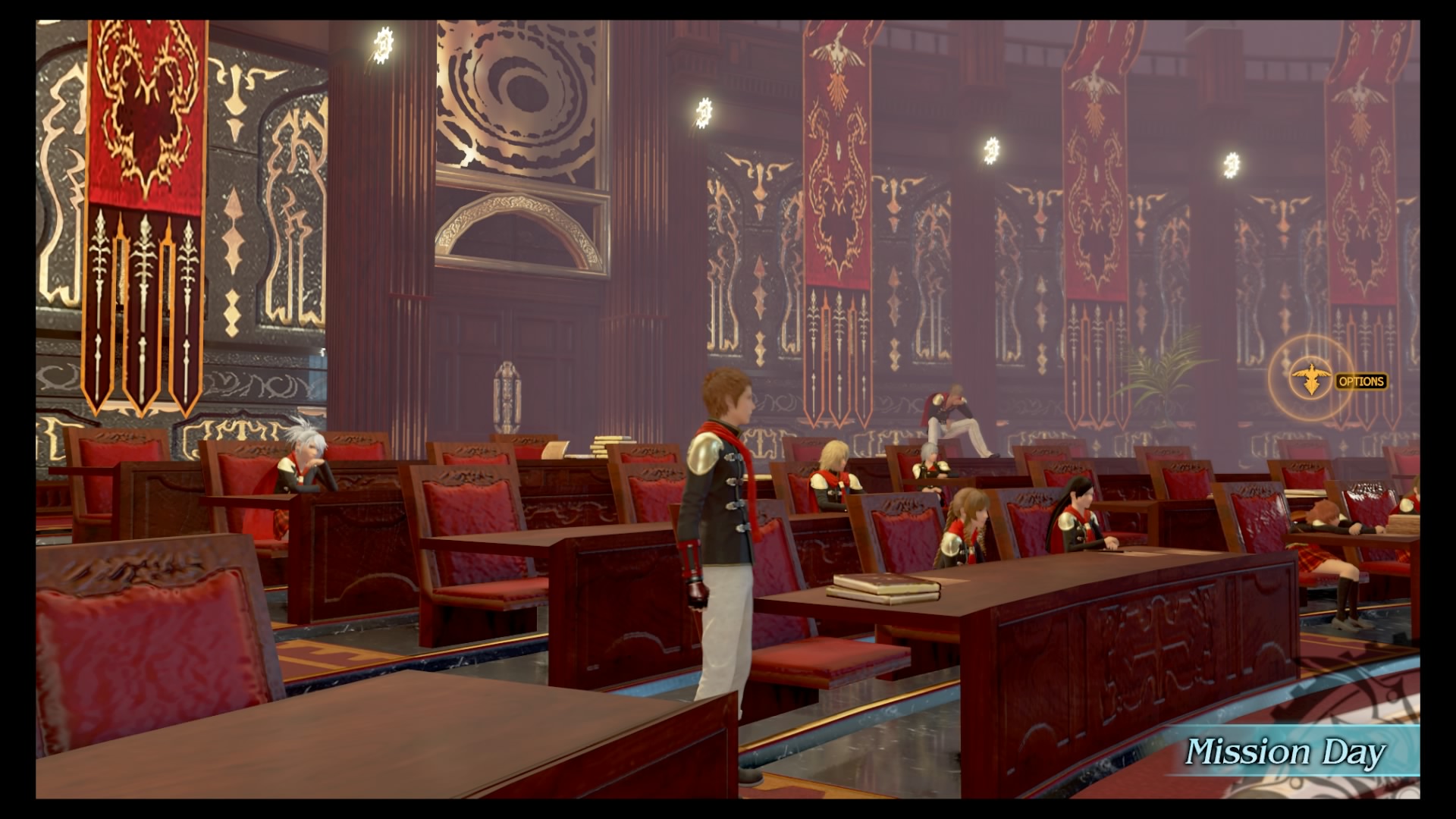 Type-0 suffers for the Final Fantasy part of its name, and especially for its place as part of the Fabula Nova Crystallis group of titles. Even before it’s time to play, there are a dozen or more terms and names I’m supposed to remember and fit together. Peristylium, Pax Codex, Qun’mi. And that’s not to mention the mounting list of standardised Final Fantasy terminology: l’Cie, Magitek, Eidolon. A newcomer to the franchise would be utterly lost, which is part of the larger issue: few entries are allowed to truly innovate without having to jam in the Final Fantasy starter kit of concepts and features. This long running series is so steeped in history, conventions, and traditions that actually playing something that doesn’t feel like Frankenstein’s monster is rare—and seemingly becoming rarer. 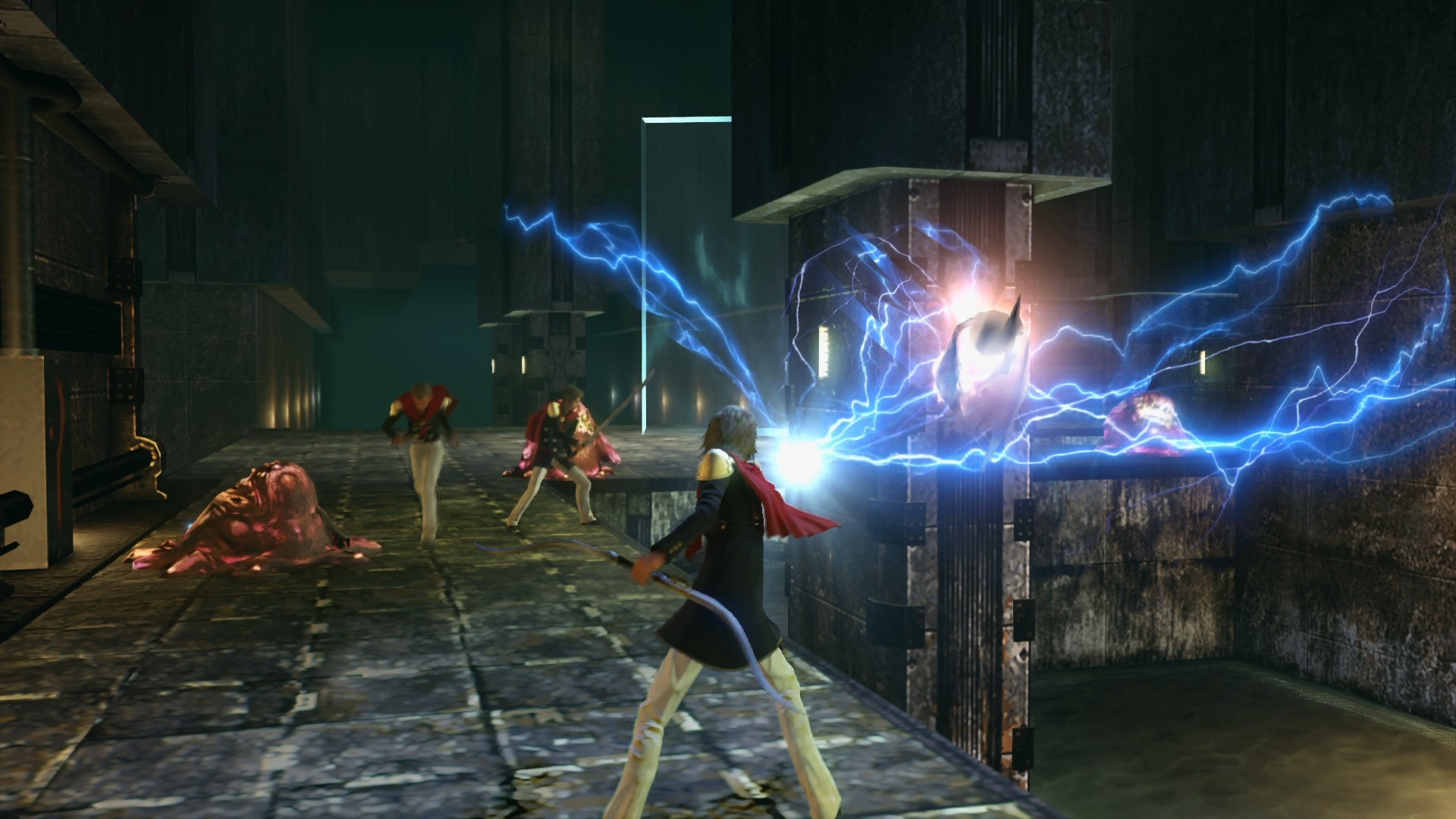 Type-0 wants to be different. It wants to be an epic tale, one that will touch people and cause them to reflect. But Type-0 doesn’t really know how to achieve that. That pre-start menu movie, which establishes the clever history documentary framing device, ends with the stars—the members of Class Zero—mess up some bad guys and descend into the dramatic, heroic pose, complete with dynamic camera pans and a thrilling soundtrack. This comes four minutes ‘into’ the game. Now consider the iconic scene in The Avengers, where the titular characters are all assembled and similar camera pans are accompanied by the central motif. This scene appears close to the end of the film because it’s something the entire film builds towards. This is the point where things shift up another gear, a gear nobody thought existed, and now it gets truly awesome. But in Final Fantasy Type-0 HD, the lead characters wreck some airships with awesome summon magic, pull off their awesome team pose, and then are thrust into the player’s hands and told ‘Okay, now you’re level ten and can only fight small groups of weak dudes.’ This disconnect is incredibly unfair and disappointing. 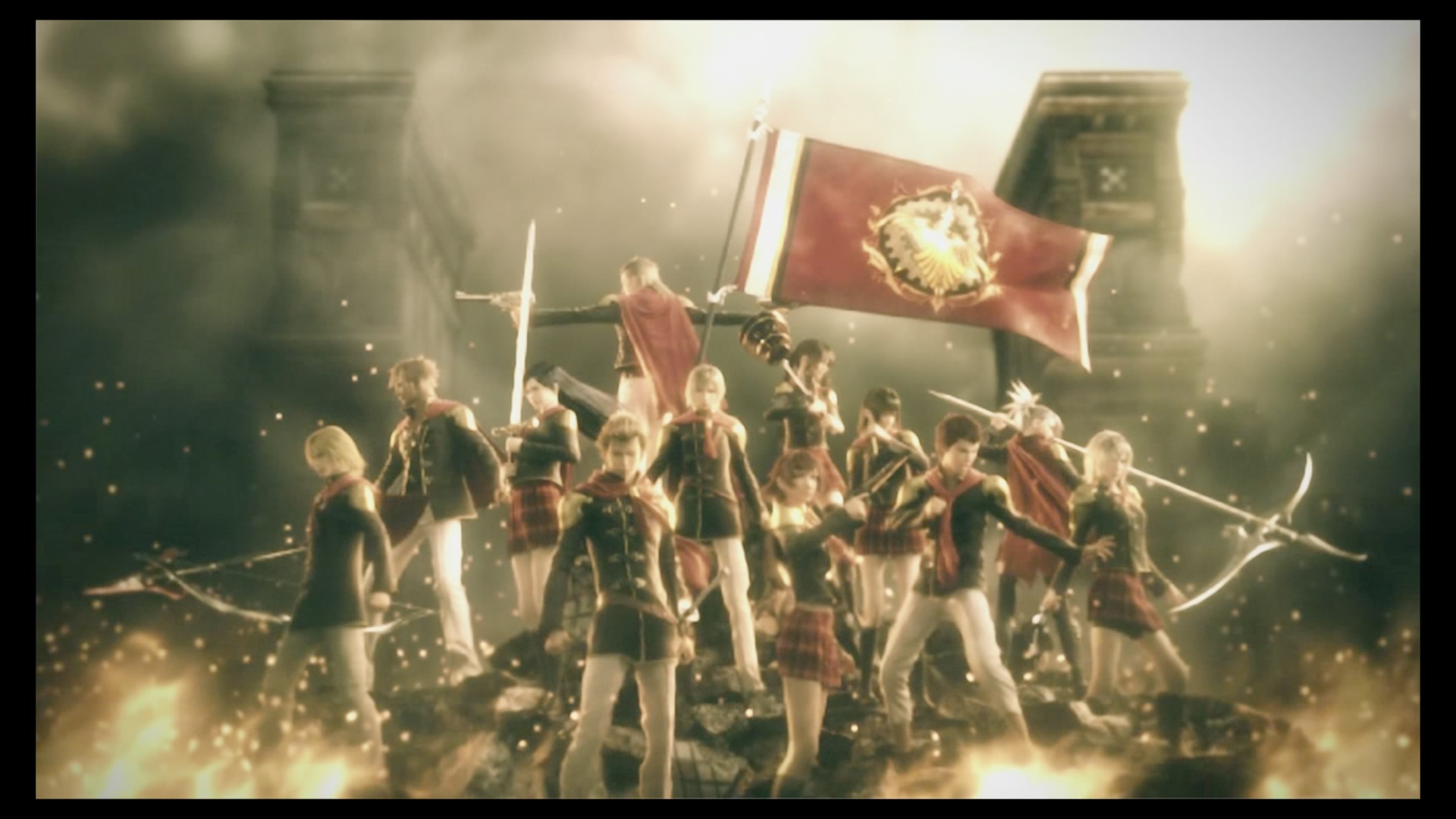 Not since Final Fantasy VI—which is, coincidentally, my favourite entry in the series—has there been a playable cast of fourteen characters. But whereas FFVI’s cast underwent growth and development and were generally fleshed out, ‘real people’, Type-0 has a varied collection of stereotypes with almost no change whatsoever. Of course, this is the struggle when fourteen characters wrestle for screen time. And don’t get me wrong: the members of Class Zero more than fulfil the requisite ‘cool and interesting’ quotas, but these characters simply don’t go away where. They feel static in a franchise that has given us numerous journeys of change and self-discovery.

But for all that, persevere. Final Fantasy Type-0 HD may be as welcoming as a brick wall, but behind the stagnant rubbish, through the incomprehensible terminology, and past the overuse of tropes, lays a very decent action RPG that deserves to be free of its shackles. 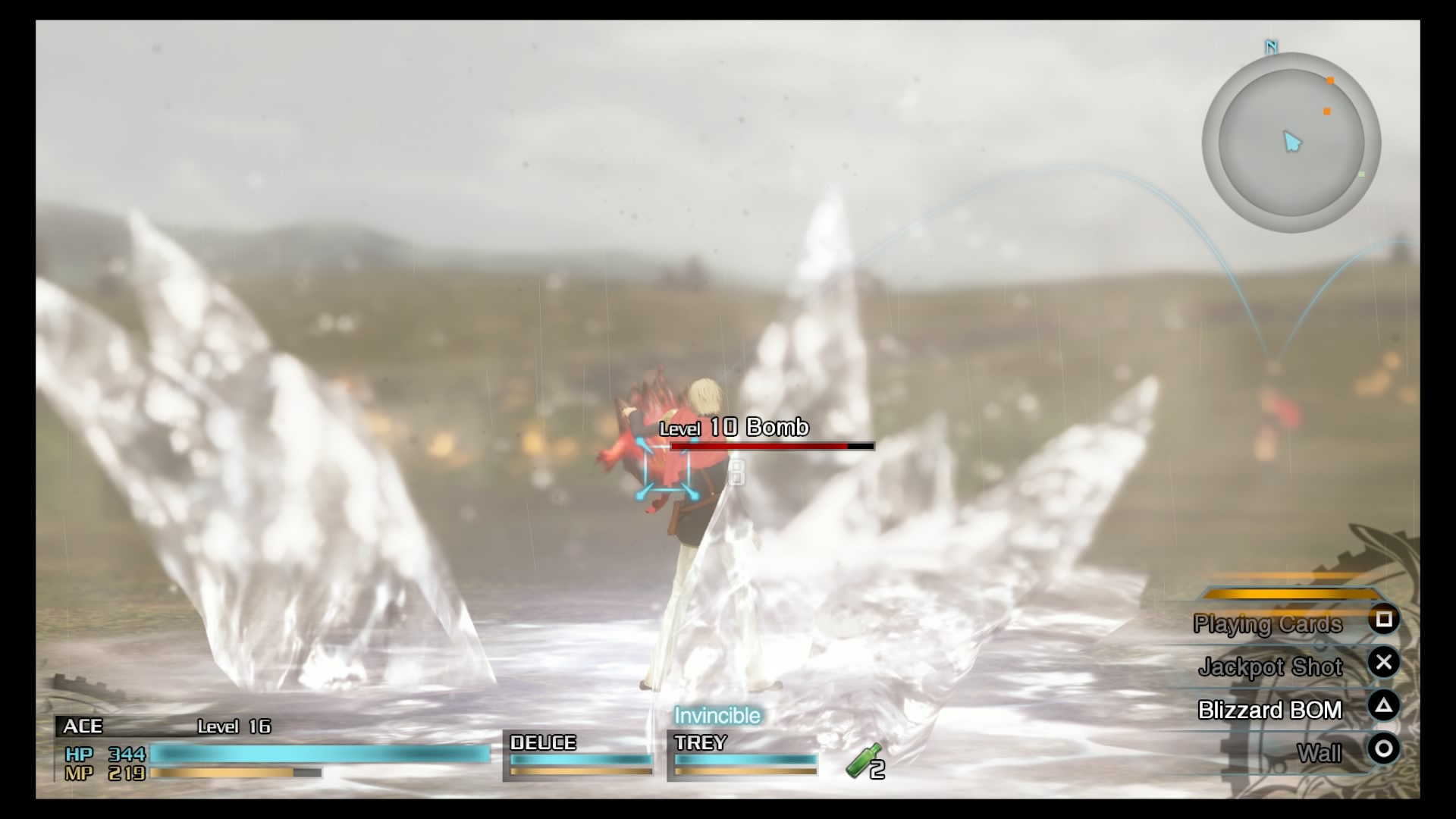 Combat is intuitive and satisfying. There were some unexpected difficulty spikes—the first of which led me to discover the lack of autosave, which is a fairly unforgiveable oversight, especially for a former handheld game—but once I learned the basics, things became a lot more enjoyable. Each of the fourteen characters plays differently enough to provide variation, but similar enough to be simple, and the ability to swap in a new classmate after one falls in battle keeps the action constant. Switching between the active party members is also a one-button breeze; overall, this side of things seemed well designed and polished.

Plenty of remnants of its life as a PSP title remain. Although the character models appear updated, many of the backgrounds look bland. Gone is the idea of every Final Fantasy city having its own personality—Type-0 recycles the same brown, grey, and beige assets. But when it does use colour, actually use it, Type-0 looks beautiful. Stepping out onto the world map for the first time and gazing over the stunning blue-and-green ocean was a definite highlight. 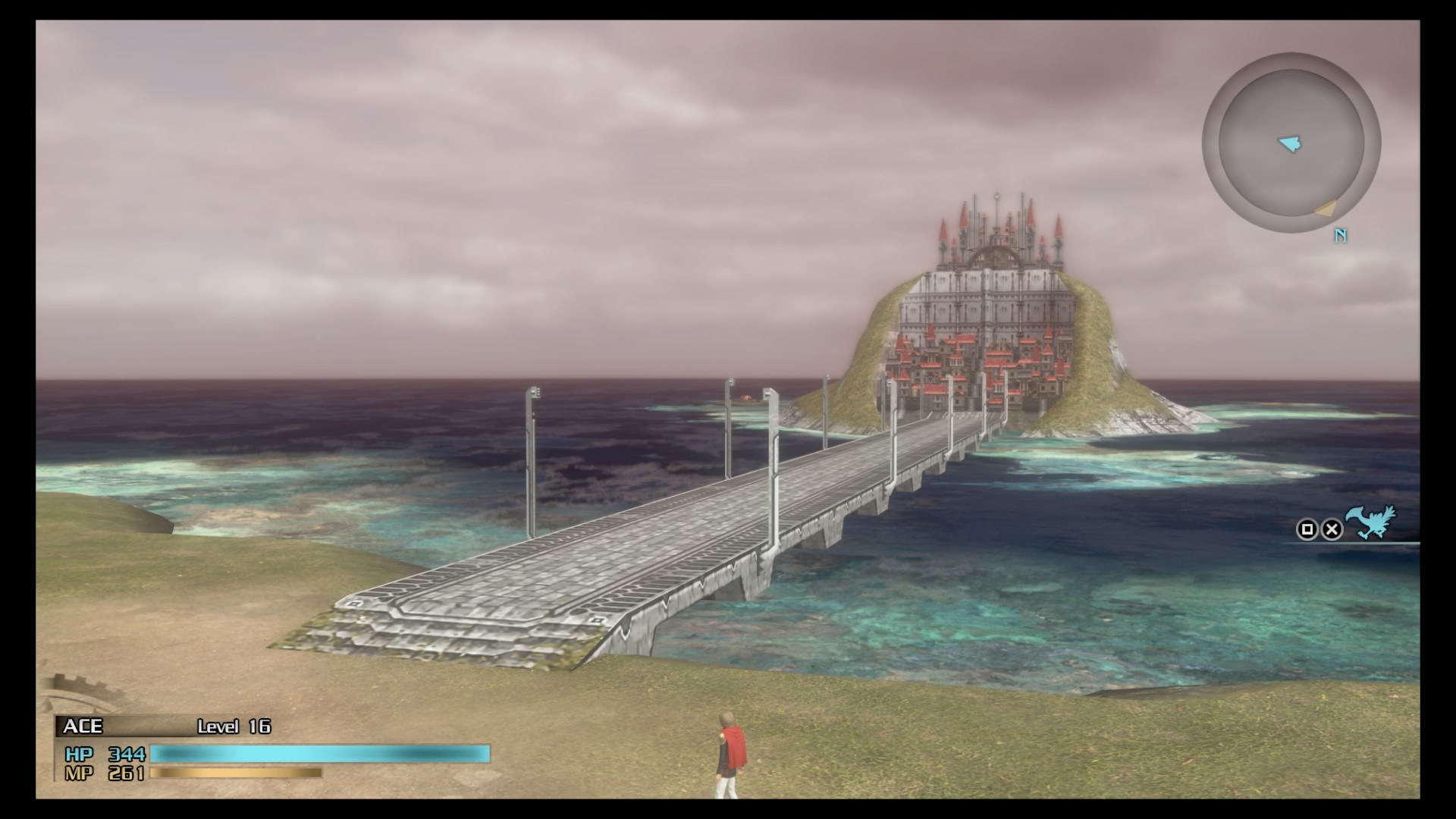 Final Fantasy Type-0 HD fails in all the same ways that recent Final Fantasy titles seem to fail: the convoluted plots, terms, and concepts; the extravagant cutscenes; the didactic storytelling; the use of character stereotypes as a crutch. I passionately believe that Final Fantasy can recapture that sense of innovation by simply ignoring the ‘Final Fantasy‘ name and the truckloads of restrictive conventions, but Type-0 is a novel idea in a stubborn franchise and that shows promise for the future.