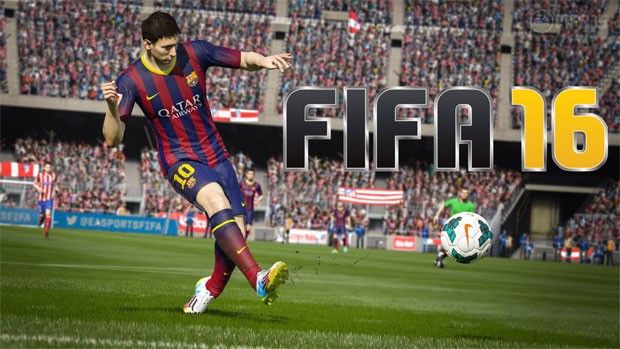 Summary: Overall FIFA 16 is a very good game, and an improvement on last year’s offering

We all know what we are going to get with a FIFA title before we have played it. With graphically unrivalled realism and authenticity, EA has an abundance of licences and image rights that seem to increase, and improve every year. What really matters though is how the beautiful game is implemented in the gameplay. It’s no use being attractive to look at if the mechanics don’t justify what it should feel like to play a game of football. So, does this year’s FIFA hit the back of the net, or is it doomed for relegation? 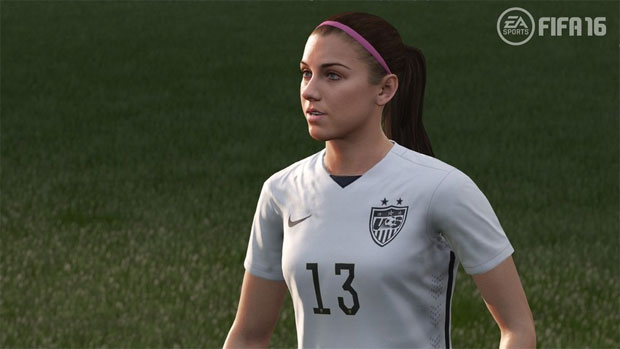 This year’s instalment of FIFA has undergone noticeable changes in its gameplay, almost to the degree of feeling brand new. Each match feels slower than previous FIFA’s, with a lot more emphasis on the midfield, and possession play. Keeping the ball is vital in achieving success, and when losing the ball, you have to work your team hard in order to retrieve it. Finding space, and closing down are two fundamentals of midfield play, and EA has implemented the need for these strategies in the game.

EA have tried to make it harder for those inclined to play the ball to a Messi or Ronaldo, and just run at pace through the midfield. That’s not to say it’s not possible to score the occasional wonder goal with players who can dribble past 3-4 men and as football fans will testify, world class players can do that in real life. FIFA 16 hasn’t completely abolished the possibility of being able to score a ‘Maradona’, it’s just now a little trickier. 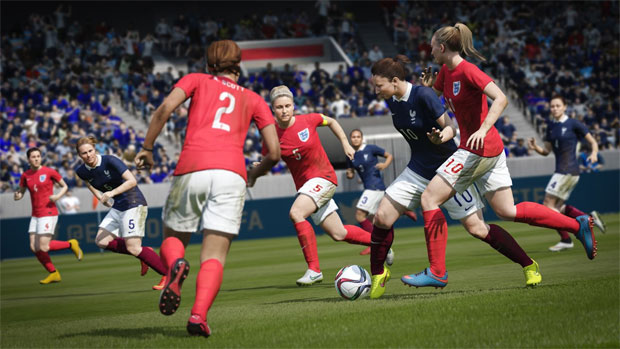 The AI’s movement in creating space to take a shot, or create a chance has improved drastically from FIFA 15. If the opposition manages to generate space, it will take a shot from the 20-25 yard mark, whereas in previous FIFA’s this wasn’t a regular occurrence. The defensive AI still suffers from moments of madness, where you’ll see a defender stop moving, or turn and run in the wrong direction, but for the most part it performs pretty solidly.

One annoyance that still exists from the last couple of FIFA’s is with the corners. The goalkeeper is somehow still able to claim the ball from a cross at waist height unchallenged, completely ignoring the fact there may be 3-4 players in his vicinity. However from the matches I have played, I have witnessed quite a few individual errors such as goalkeepers coming out to punch the ball and completely missing. As annoying and frustrating as that can be, it is refreshing to see these kind of mistakes as it adds extra realism to the overall playing experience. 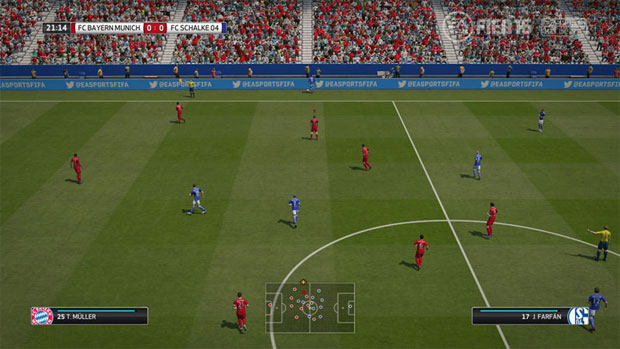 The most notable addition in FIFA 16 is the inclusion of women’s international teams, with 12 teams being included. The only mode included for the women’s teams is the International Cup. In regards to gameplay, playing as a women’s team takes on a much slower pace, and completely different mechanic to the men’s teams.

Career mode has had a few new additions this year, most apparent is the ability to train your players in between matches to upgrade their stats. You can train a specific amount of players manually by completing certain training drills. The better you do in the drills, the more a particular player’s stats will increase. If you can’t be bothered to train your players, you can just sim each training session. I don’t really see the point of this inclusion into career mode. 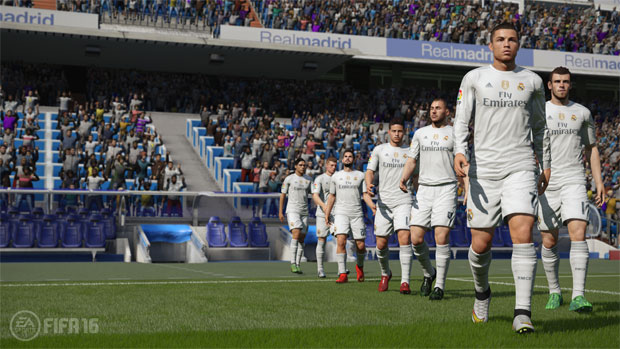 If anything it serves as an annoyance, where you are just given the option to do a few skill games while you are awaiting your next match. I always viewed the skill games as something that kept you occupied while you were waiting for your next match to load, so EA implementing this as a feature in the career mode seems a little worthless, especially considering you can just sim each training session.

Another addition in the career mode is the option to choose a pre-season friendly competition to compete in before the season starts. You get three options, all varying in difficulty. The more challenging a tournament is, the more money you will receive if you win it. Usually, I sim through pre-season, but this new feature can be pretty handy if you want to increase your transfer budget. For the first time, you can also use an unlimited amount of substitutes in pre-season. 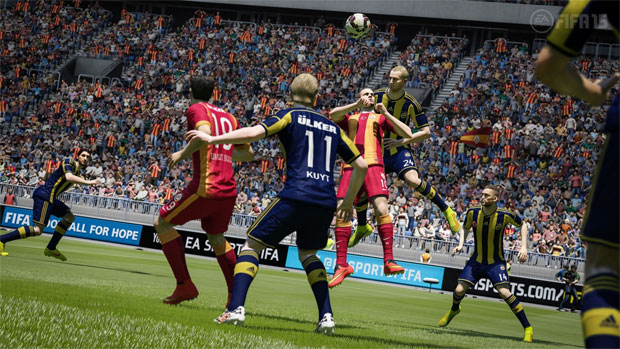 FIFA’s biggest draw is Ultimate Team, which is responsible for so many fans returning every year. A new feature this year is FUT Draft Mode. With Draft Mode, you are given a selection of world-class players to make your team captain. After selecting the captain, the rest of the team, the manager and your formation, you can compete in several matches. The FUT Draft Mode is a great addition to the game, as it gives players the chance to play with players that they may not usually get to use in Ultimate Team. It is somewhat strange that it’s taken FIFA this long to include a mode such as Draft, because it serves like a showcase to Ultimate Team, and will probably entice those who are not yet sold on Ultimate Team to give it a go.

As always, FIFA’s presentation is excellent. From the player’s likeness, to stadiums and match day atmosphere, FIFA 16 is the most visually attractive football game ever made. A new addition to match days is a “One to Watch” section at the start of each match, where the commentators will discuss the games main danger man, or inform player. The in-game weather effects have been significantly improved, with new conditions such as cloudy, foggy and hazy being introduced. 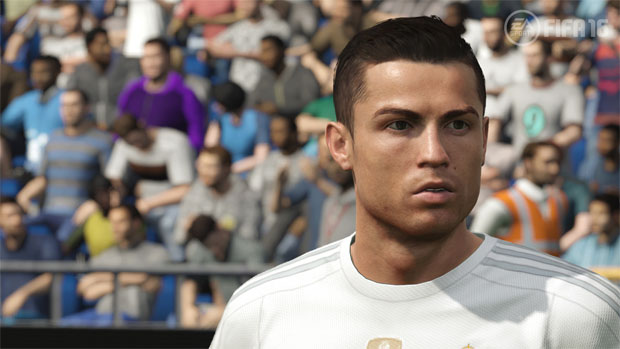 FIFA 16’s sound and audio is excellent. Martin Tyler and Alan Smith return once again in the commentary box, analysing individual players or teams, with both of them sounding convincing and on top form. Match days have a combination of singing and chanting that is implemented superbly well, and the EA Trax selected are an improvement on last year’s impressive collection of artists. Overall, an amazing looking game that sounds just as good!

With EA reworking much of FIFA’s gameplay and mechanics, there are going to be FIFA fans who will struggle initially when playing the game. Personally, I welcome the change in mechanics. I haven’t struggled with the game, though the legendary setting is slightly more challenging than it was in FIFA 15. Overall FIFA 16 is a very good game, and an improvement on last year’s offering. 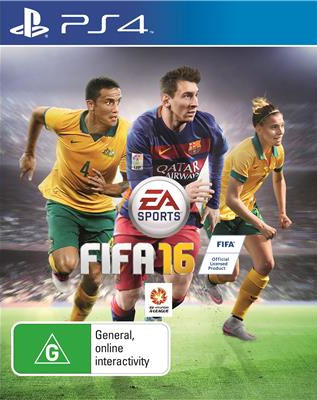