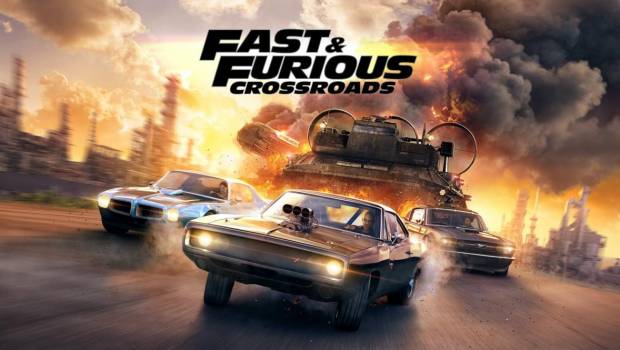 Summary: Fails to meet minimum standards delivers a cheapened frustrating experience that is only tolerable in finite quantities.

Picture the scene, fast cars that you will never ever drive or own, racing down a long winding coastal road; and in hot pursuit of a really, really bad guy.

This game opens like a blockbuster movie of its name sake; derivative of the storylines of its name sake, and other similar titles, but with even more game-player road carnage than should be possible.

The most notable calling-card for this game is the participation of some A-list actors, most notably Vin Diesel and Sonequa Martin-Green among others.

The campaign story-line of this game has you getting involved in the darker underworld after you totally swore you were done with it, yet somehow you managed to get dragged into it because of a bad debt and the threat of the mob, one thing leads to another and you are enlisted into hunting down a major terrorist. There is also an element of revenge for emotional buy-in.

Unfortunately, there are very little positive aspects to reflect on upon this game; that is not to say that the story-line is terrible, although it is derivative and predictable; it is fast paced, action packed and somewhat enjoyable. The story and gameplay hinges upon complete disbelief and lack of thinking coupled with the requirement of an agreeable temperament.

The controls of this game are outright horrible and sloppy. Each button and its allocation is fine in what it does but the response to each control input almost requires a pre-emptive approach and some serious getting used to before you can comfortably drive in this game.

But driving isn’t the only requirement, there are weapon systems in the cars, some that require targeting and this is problematic at best. It is near impossible to manually target a moving target whilst you are also moving, especially with the controls tied into the steering. What may same as a realistic implementation of what a targeting system on a vehicle may be, results in for example, smashing your car into a moving train – but of course not crashing, and simply missing your mark and losing your train.

The controls as they are currently should best be described as unforgiving. And unforgiving is a very appropriate word for control input interruption that is forced on the gamer due to pop up time lagged notifications and instructions throughout the missions. That is, a cinematic slowing down of the game, locked control input and a moving vehicle that you can no longer control. This typically results in your car drifting or crashing into something despite the futile mashing of the game controller or furiously screaming at your screen.

If this game was from an indie, small start-up, or otherwise any low budget developer, then the quality of the graphics would not likely be judged so harshly, especially if the game had excelled in other areas.

However the graphics in this game seem rather dated in terms of quality, in fact the first thought that may come to mind is the horrible 3dfx scene from the Scorpion King film; whereby similar issues to these seem to exist:

The overall look and feel of the graphics is that it feels cheap and rushed and not at all what the average person would expect to see from a studio that should create a cinematic experience – but most importantly, Vin Diesel just looks weird and not quite like himself. 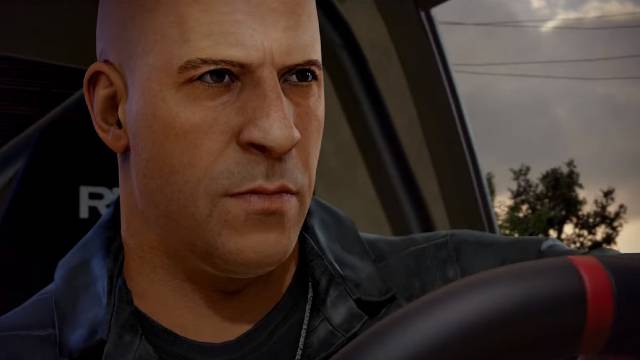 Vin Diesel. Also note the quality of the background and trees. Interesting? 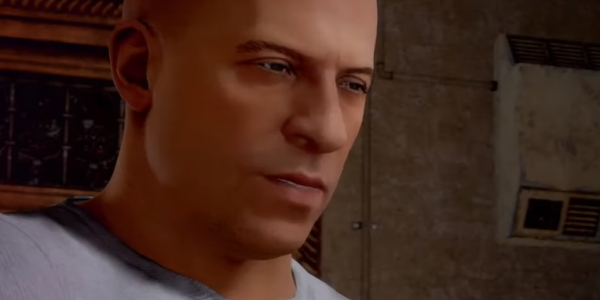 The cars look great though, too great. Isn’t that curious? 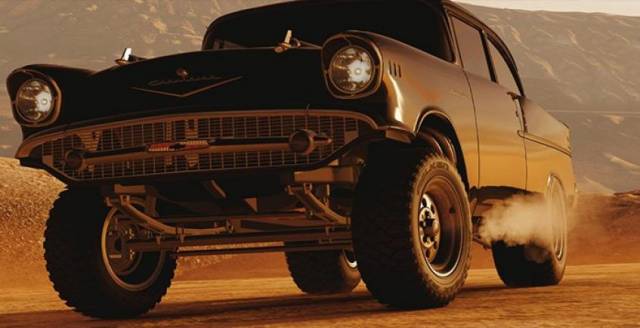 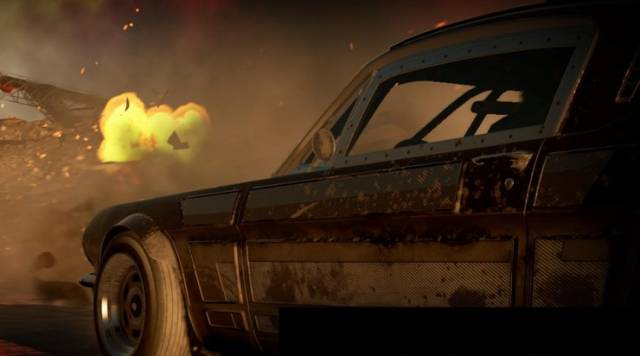 The textures of the car are alright, but the explosion looks unfinished.

The acting isn’t that bad, as you would expect from quality actors – but there are some moments. Some of the dialog over the driving and with the distraction of the control input being captured during game play can be very distracting.

There are moments in the game where the sound doesn’t seem quite right, but may be difficult to pinpoint. This would typically present in a spatial awareness/depth and mix of voice vs sound effects. Luckily, you can make some adjustments to the volume controls, or just turn your sound up on your device – to hell with the neighbours, broom broom.

The game does not have any options to change the difficulty, or system to alter the sensitivity of the controls. There is also no possibility to turn off the helpful game interruptions that steal your controls from you for 10-20 seconds at a time whilst your car continues to travel and your continuity is broken.

The first couple of ‘missions’ are exceedingly difficult, especially in comparison to the few that follow. The combat system is introduced early on, by which you must disable other cars, but there is very little information on how to do this effectively; and even when you do it is mostly by sheer luck than achievable skill with the controls as they are.

The cars take very little damage from objects that would, in any other car game or even real life, destroy your car. It makes sense though because if the realism was dialled up the game would be completely unplayable. Yet, the requirement to ‘race’ the car everywhere from point A to B creates a lot of mindless derivative busy work that serves more as something to do whilst the dialog and storyline is delivered – of which is distracting you from the controls – than any meaningful gameplay.

The layout of the roads is such that apparently there are always lots of cars and trucks in places that make little sense, constant road works with very little traffic cones etc, and anything and everything to create more busywork in dodging the obstructions and breakup the monotony. Of course the traffic doesn’t behave and some drive crazy, but perhaps that is actually realistic afterall.

This game is heavily flawed, but there is perhaps a bit of enjoyment and story out of this game. It is one of those games that, due to its flaws and frustrating gameplay, is only tolerable in finite quantities.

Wait until this game is in the bargain bin or crazy-cheap online, and don’t rush out and get it out of any allegiance to the franchise.

Explainable lighting, on the character on the left, mismatch with the shadows, and some ‘vampire’ skin going on. This is not the worst example either.