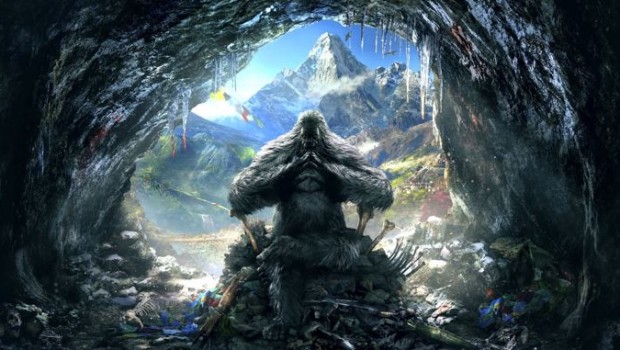 Summary: Valley of the Yeti is certainly worth playing for its interesting new ideas and that classic Far Cry feel, but its overly cold approach to its story

For a game with such an open nature as to how its players interact and explore the world, Far Cry 4’s final piece of DLC, Valley of the Yeti feels limited in its scope in both story and gameplay. Though it tries some new things with decent success, its personality and approach almost feels foreign to the Far Cry series.

In a narrative completely separate to the main campaign, Ajay Ghale becomes stranded in the icy mountain planes of Kyrat and must wait five days and nights until a rescue party can reach him. 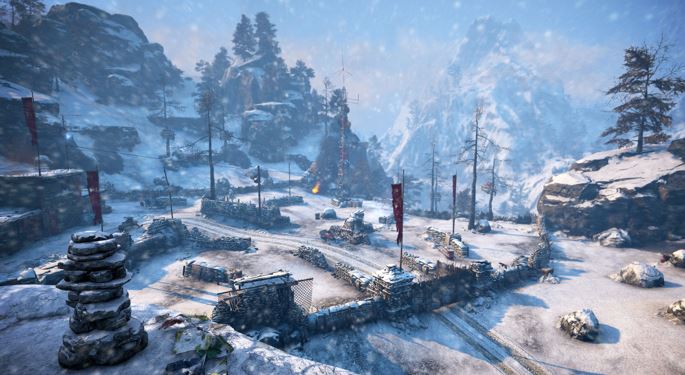 Early on it appears that Pagan Min’s men are the only threat to Ajay as he awaits his rescue. However, he when he stumbles upon a tribal cult who worship a strange being known only as the ‘Yeti’, Ajay needs more than a pistol and bow to protect himself.

Early on in Valley of the Yeti you capture an outpost similar to those found in the main campaign, but instead of using it as a fast travel point it is your job to protect it every night from the cult’s forces. As the nights progress, the enemies’ numbers grow larger, so purchasing upgrades like turret guns, fire-traps and landmines are imperative to surviving the night. It plays out like a first person tower defense game, something we haven’t really seen in Far Cry before which was very cool to see. Unfortunately all your progress (if any) has been stripped from the main campaign, so get used to having to unlock all your weapons and skills once more. 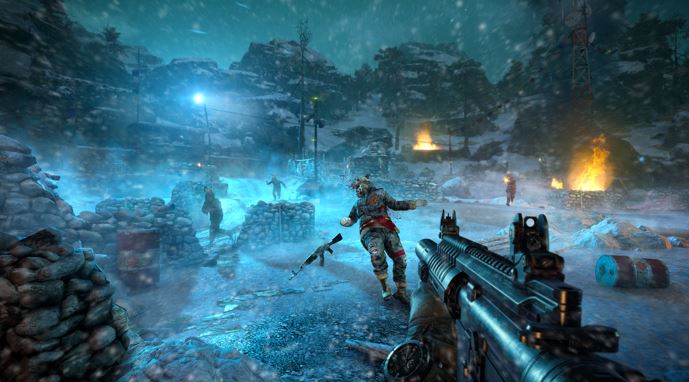 Apart from these defense missions there isn’t much else to do. While encountering and fighting the Yeti’s is quite exciting and nerve wracking at first, it comes quite frustrating when you are travelling to a side mission and you suddenly have three of them on your tail…and don’t get me started on the damn eagle attacks which have unfortunately found their way across into the DLC. Thankfully the gorgeous environments have come along for the ride, with some great looking environments and Yeti models that fit well with the overall feel of Ubisoft’s vision of Far Cry.

The story itself is not well structured and ends on a really vague note, and its overly serious tone didn’t sit well with me. When you compare this story to that of Far Cry 3: Blood Dragon, this is as unfunny as Far Cry has ever been.

Valley of the Yeti is certainly worth playing for its interesting new ideas and that classic Far Cry feel, but its overly cold approach to its story dampened the fun factor significantly.