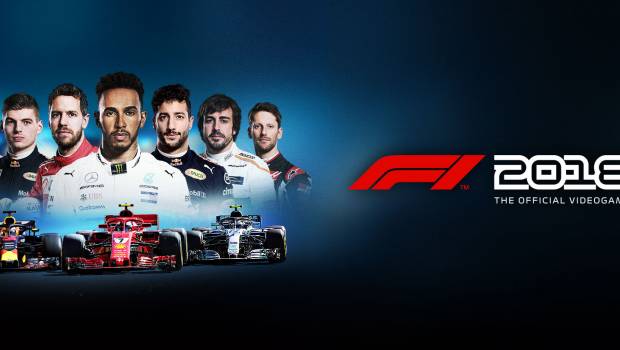 Summary: Great first impression with a lot of potential, a bit of TLC required.

A Fan of the FIA Formula 1 Championship are you? Want to race against and alongside your favourite drivers? Then look no further than F1 2018, the most recent official title to cover the F1 Championship.

The game is pretty straightforward, as you jump on for the first time you’re prompted to create a character of sorts and enter your details; desired character name (I used my own), abbreviated name, audio name. I was rather displeased to note most of the audio names are just nicknames with very few actual names in there, not even half the field of current drivers and finally choose an avatar, but don’t expect any of the avatars to look like you, as they’re all thick nosed, square jawed hunks of masculinity, nothing like the burger and beer loving, ball of flesh I am. 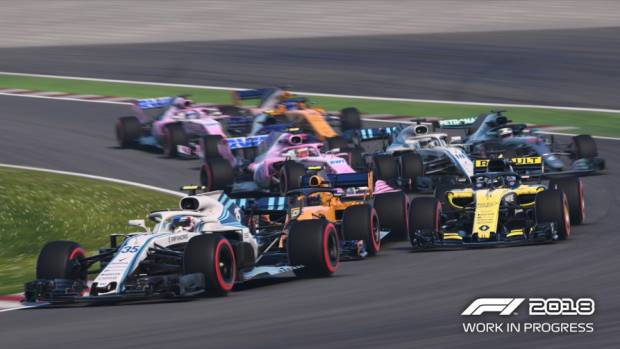 The game next gives you a long winded menu, you can choose from Career, Grand Prix, Championship, Events, Time Trials and Multiplayer. The most obvious first choice is to jump straight into Career. You’re then prompted to join a team, any team. I was a little disheartened at this, as in previous titles, you had to effectively complete a young drivers assessment and a list of early teams would be granted to you based on your performance, you had to work up to the top teams and I kinda liked that progression as it felt like you earned it. In 2018 there’s none of that, the teams almost throw themselves at you like you’re already a veteran. I get that it’s likely because new players just want to get right into it and not have to spend a year with a low ranking team before something better comes along but it adds a degree of realism and makes the game more fun in my own opinion.

Having been granted the option however, I sign up with Red Bull Racing. A tutorial then presents itself to cover the basics and then you’re placed into practice one. A nice addition to this iteration is the addition of minor challenges in the form of practice objectives, including but not limited to, track acclimatization, tyre and fuel management and qualifying pace. Completing these objectives earns you credits you can spend in the R&D section to further upgrade the car, be it engine, chassis and aero-dynamics which furthers the performance of the car in subsequent races.

After the race your most obvious rival is set, your team mate, subsequent races determine your main rival and there’s even a few seasonal events in between Grand Prix, all of which you drive some recent cars right through to the golden oldies from 30/40 years of history, from overtaking challenges to time trials this addition is a neat little intermission and I greatly approve of this as it breaks down the sometimes repetitive and menial practice and qualifying sessions. 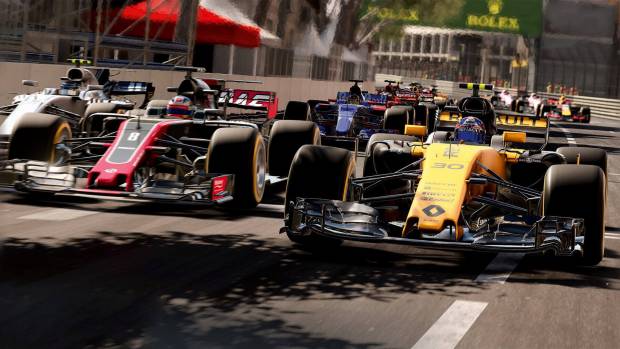 The game plays well for what it does right, there’s a good amount of customization for car setups, toying around with pit windows, it runs smoothly too. I never really got a sense of input lag even during first lap race scenario where everything is one screen at once, like I had in previous installments.

There are a few issues however and they’re quite substantial. The game suffers from excruciatingly long load times and sometimes it even fails to load and you’re stuck on a black loading screen thinking it’ll load any second but you have to force close and reboot the game to get it going. It’s not just a here and there thing either, in my second Career race it happened at the beginning and end of each session. It could simply be my aging hardware, but as it’s not really that old, I feel like this shouldn’t be happening as much as it is.

That’s not the end of it either, I decided to try some of the other modes and while most were fine, multiplayer was the real issue. Finding and joining ranked and unranked sessions is easy enough, but then you need to potentially sit through yet more longish wait times while sessions are in progress. When you finally get in, you’re lucky if you can get past the freezing at the end of a one-shot qualifying session to even get to the race, I tried both ranked and unranked at least five times and I still haven’t gotten past the loading between qualifying and the race. Now it wasn’t even just me experiencing these issues, as you can see when other players leave the lobby, most likely for similar reasons.

The graphics are pretty neat, you can see they’ve gone the extra mark to replicate the current 2018 season lineup. Drivers look pretty close to their real world counter parts and team skins are carbon copied from the liveries on the machines and jumpsuits of each team, when they render that is.

The game does seem to suffer from rendering issues here and there where liveries and facial features either take a while to load in or fail to completely and you’re left with an oil painting effect on both drivers and cars alike which can be a little jarring, luckily this glitch is pretty few and far between and most often the game looks crisp. Track replication is accurate and even detailing down to the crowd in the stands stands up pretty well to 300+ Kmph. I gotta give points where it’s due, the team at Codemasters did a pretty bang up job here in the graphics department, if subsequent patches can fix rendering issues they’d get a perfect score here. 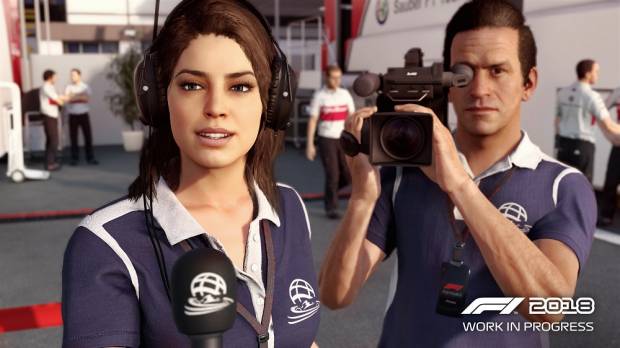 Audio on the other hand is a little lacking, menu musics give off a shopping mall feel and voice acting is pretty shabby. Dialogue lines are informative over previous iterations which is a plus, but they all sound as if they’d rather be somewhere else doing something else. Vehicle and ambient SFX are accurately replicated but don’t win any points as I’m a fan of the old engines from the good old yesteryear of F1 history. There’s no audio dialogue from the drivers, be it yours or any of the other drivers which is a shame but I get why it’s not there.

I do like the addition of being pulled aside after certain qualifying/race sessions for a brief Q&A stint with bland reporter #1, as it changes the rep you have/earn with your team and potential future teams of interest. It also increases your worth making more teams interested in you. You get the standard opinion wheel, divided between sportsmanship and showmanship, be a selfish arse and get showman points, be a nice team player and get sportsman points, each team is tailored to one or the other stereotype and increases in either will change which teams are interested. I’m a bit biased to ye old F1 so the audio doesn’t strike home with me neither does it put me off however, a pretty bland experience overall. 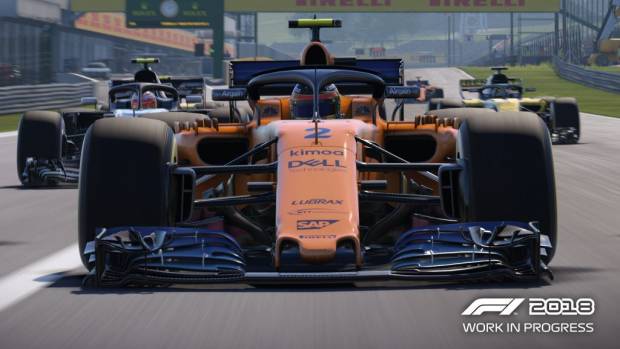 In conclusion, with a $79 RRP price tag, it’s probably not worth investing money into this game just yet, I would hold off for the price to come down, probably best when on sale. I want to love this game, I really do, because it does a lot of cool things that I can really get behind. But there’s things previous iterations have done better that are either not great or nonexistent in 2018 and with so many early bugs.

I’m barely two races into my career mode and can’t even compete against people from all over the world to test my skills against I really can’t say/do much more. When the game works, it’s great, incomplete sure but great, but that’s just the problem, when it works. I’ll keep at it and hopefully more patches will bridge the gap in play-ability and maybe with a few little tweaks as well this game can return it is series’ former glory.