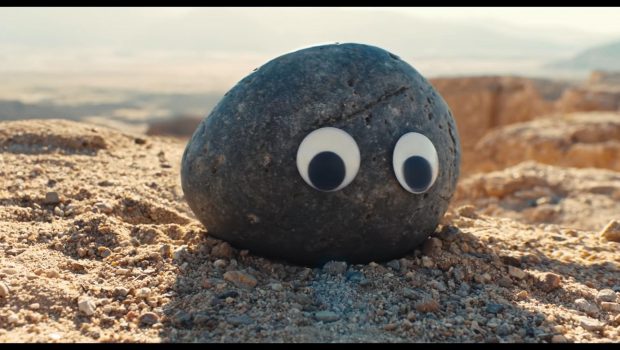 Everything Everywhere All at Once (2022) Review

Everything Everywhere All at Once (2022) Review Tim Chuma
Score

Summary: Not really a movie you can explain having a beginning, middle and end. You will either love it or not think that much of it like hearing static or getting clear signal depending on how your brain is wired.

Yes, I am well aware of my own comments on an A24 movie previously, things can be the Ying and the Yang or two things at once concurrently as this movie proved.

When Evelyn (Michelle Yeoh) is audited by the IRS and has to go see Diedre (Jaimee Lee Curtis) in the lift up to the appointment her husband Waymond (Ke Huy Quan from Goonies and Temple of Doom) starts acting strangely and tells her to do exactly what he tells her, also not to ask him what is happening as he will not remember.

Things kick off with a great evil hunting Evelyn across every universe and the Evelyn in this universe is the only one that can stop her. How she does this is “borrowing” the abilities of the other Evelyn’s by linking her mind to theirs by doing something unexpected, these things get more off the wall each time. She then gets whatever special skill they have to use in her universe.

It doesn’t seem so by just describing it, but honestly I cannot tell you how this film manages to start out relatively straight forward and end up in the place it does. I was watching it and half the time did not know what was happening, why was actual press footage from Michelle Yeoh appearing in one scene? Yes, Evelyn plays Michelle Yeoh the famous movie star in one universe which brings to mind the “when does this happen in the movie?” scene in Spaceballs. 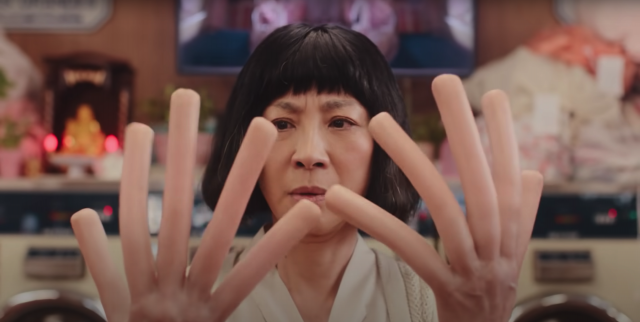 I feel like with this movie you will either 100% get it of just be kind of meh on it. It is going for a certain type of viewer that likes wacky movies with Polyphonic Spree on the soundtrack like Charlie Kaufman or Spike Jonze. There are even some hints of Stephen Chow’s weirdness as Edgar Wright has said and I thought no one knew who he was outside the Hong Kong film fan community?

It really goes off the surrealism angle when the big bad turns up and starts turning people’s heads into confetti or doing other weird things with them. There is a who sequence with a butt plug that maybe its best you see that yourself especially the really unnecessary pixelation which they have to only have included to make it more absurd.

Wow! Michelle Yeoh is such a good lead! Yes, I could have told you that 20 years ago when I first started watching her movies. She even started in a movie with two other huge Hong Kong movie stars as a superhero who defeats a skeleton by having its brain exploded from feeling too strong feelings (not much difference there.)

So great to see Ke Huy Quan back as a romantic lead, he was great back in the movies I remember in the 1980s. He is meant to be the same age as Michelle Yeoh’s character but is almost 10 years younger, something this movie also does differently. His character does say kindness is his reason to be and you get to see him also doing a lot of action in a way you would not expect from his character.

Stephanie Hsu is excellent as Joy and the emotional core of the film along with Evelyn. There are some “BIG OOOOF!” moments from some of the some of the dialogue between Evelyn and Joy. The entire story does revolve around those two characters so it is important that they worked together well.

What a great new talent Stephanie Hsu is in this film and all the fashions she has in her different incarnations, I would recommend this movie to fashion and design students just for that part.

James Hong and Jamie Lee Curtis were also great and could have easily gotten lost in a movie like this. James Hong doesn’t really need to prove himself at this point he could have easily just have played the grandpa role and sat around but he did not. Jamie Lee Curtis also got to do a lot of things in this movie you would not have expected her to do which is why her role worked so well.

There is so much crammed into every scene of this film once they start to jump from one universe to another they could have been entire movies in themselves. The scene with the rocks for instance, I won’t say much to spoil it but it is just so fun.

I know Marvel has the copyright on the term multiverse and is hammering it on all their properties including movies at the moment, but in this movie the multiple universe concept actually means something and is not just an excuse to have a big fight scene at the end. Well, they do actually do that but it means something more in this movie.

Easily one of the best movies that I have seen in the past few years and whatever comes this year is going to have a hard time shifting this one as my favourite movie of the year. This movie practically demands you go see it more than once to pick up more things in the multiple universe parts that you miss the first time. 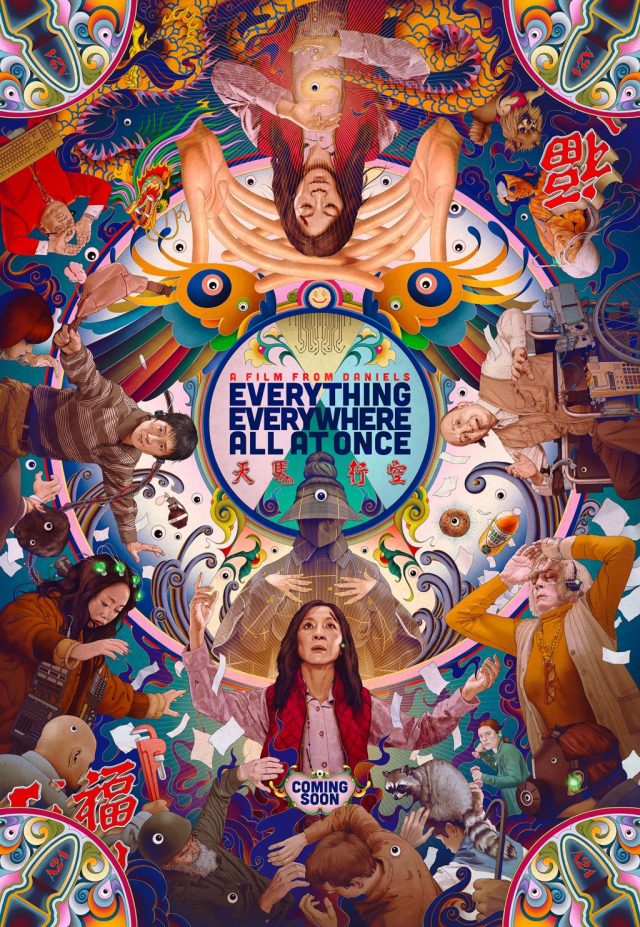 Some more Michelle Yeoh films for you to check out: