Summary: It’s not a perfect game – There are some cheesy, overly melodramatic scenes that border on Soap Opera-esque levels of ridiculousness and the resolution will most certainly be unsatisfying for some – But it’s almost a perfect experience.

Everybody’s Gone to the Rapture offers up a different take on the battered old apocalyptic genre tropes, eschewing your usual viral outbreaks or nuclear devastation for something rooted a bit more in theological history. 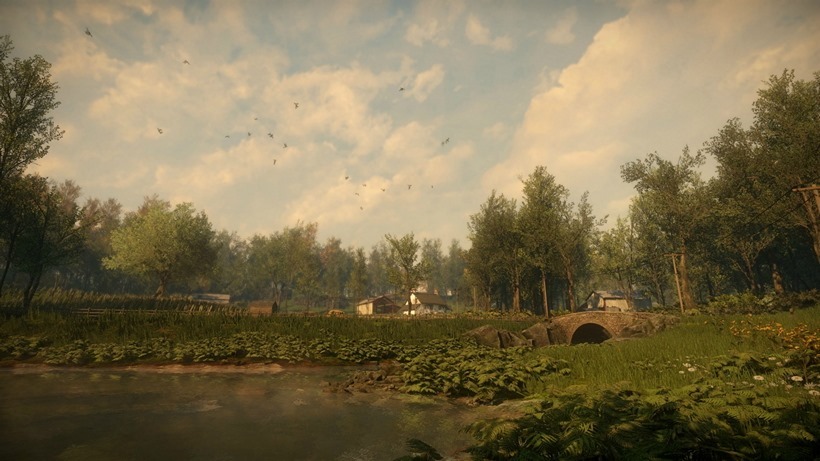 There’s no sign of panic or mayhem here in the quiet English village of Yaughton, no burnt out husks of cars lining the streets, no shambling hordes of the undead; there’s just an eerie silence that has descended upon the town, an aching sensation of quiet, desperate loneliness that steadily grows in intensity as you stumble upon the half eaten meals and still burning cigarettes of the recently departed.

You start on the outskirts of the village with no indication of where to go and only the crackle of static and broken voices to guide you. There have been some gripes about the walking speed, but personally I didn’t find this to negatively affect my experience at all, and holding down R2 can alleviate this somewhat by adding a little more hustle to your pace. The steady, considered pace is a deliberate choice by developers The Chinese Room, forcing you to really take in your surroundings and the almost photo-realistic quality of the environment makes exploration an immersive experience. 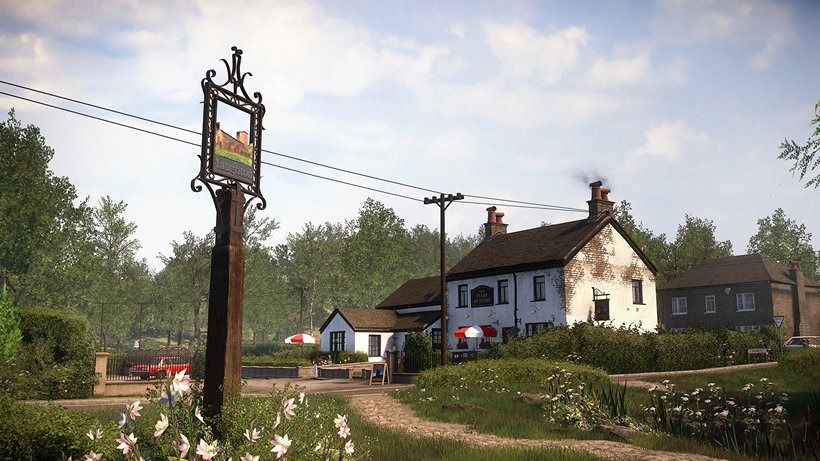 Straight away you’ll notice some signs around the town that hint that things might not be as they appear and the incident that has befallen Yaughton may not be as divine in nature as initially assumed. One of the biggest clues are the pamphlets protesting the building of a Valis observatory; sci-fi fans will recognise Valis as Phillip K. Dick’s acronym for Vast Active Living Intelligence System from the novel of the same name, which explores the theme of Dick’s gnostic vision of a higher being.

Further narrative points are revealed through interacting with floating orbs of light that flit around the village; once close enough, you can “tune” into these orbs by tilting the controller until a small scene will play out, the glowing light taking on rudimentary forms of those who once populated the village. 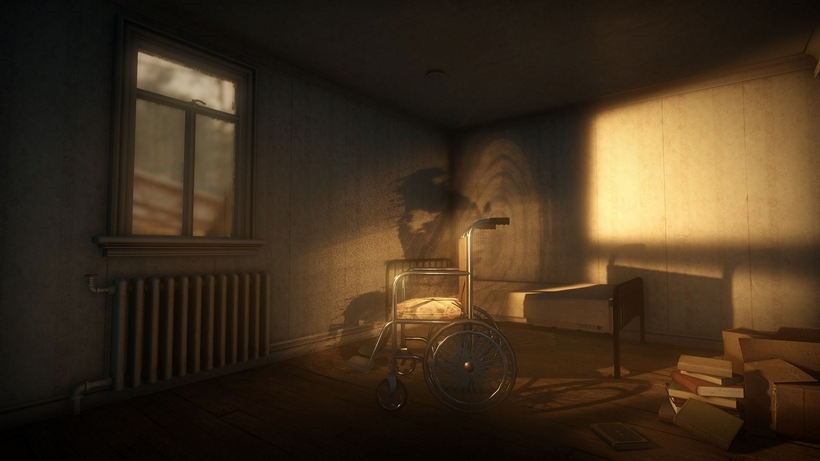 Progression is marked through the use of chapters focusing on a specific villager and many of the orbs and audio logs discovered during these sections further expand upon the self-contained story of the chapter as well as the overarching narrative.

Although the crux of Everybody’s Gone to the Rapture’s story is seeking an answer to what happened to cause the event, it’s the smaller, more human stories that really resonate. The confusion and fear is evident in the interactions between the villagers as they struggle to understand what’s happening to their home and maintain their various crumbling relationships in this time of extreme tension and you sometimes feel as if you’re violating their privacy by eavesdropping on these snatches of their lives.

The Eighties period setting also really helps in this regard, with people actually engaging with one another rather than taking to social media to seek answers. Not quite as successful is the handling of the core mystery, which is delivered in dribs and drabs and can come off as a little confusing when entire conversations descend into pseudoscientific technobabble. 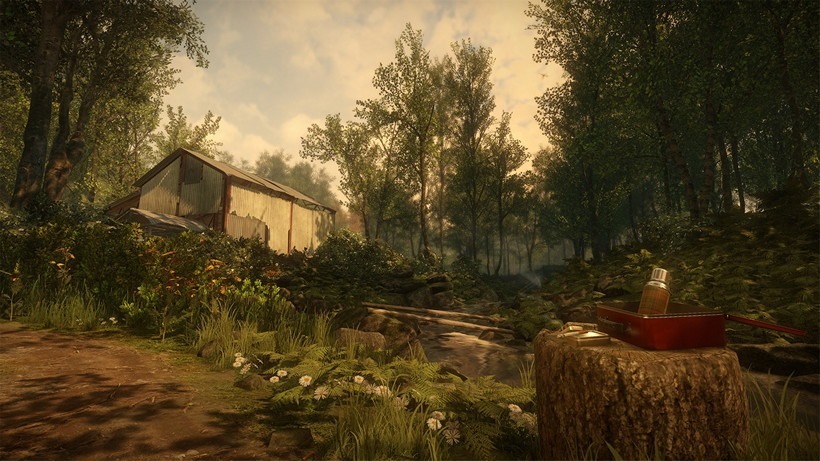 The basic premise is easy enough to piece together, although you’re never afforded all of the answers, and this ambiguity might be a turn off for some. As with any game of this style, the experience is as rewarding as you make it and Everybody’s Gone to the Rapture allows you to skip past much of its content, so exploration is a must if you want to piece together the various plot strands into something resembling cohesive whole.

Interactivity, or lack thereof, may irritate some players, as it’s often not entirely clear which doors can be opened and which interiors can be accessed, so you’ll often spend minutes fruitlessly clicking every door you see. Navigation can become a little confusing at times, although the addition of “You Are Here” signs dotted around Yaughton help a little. 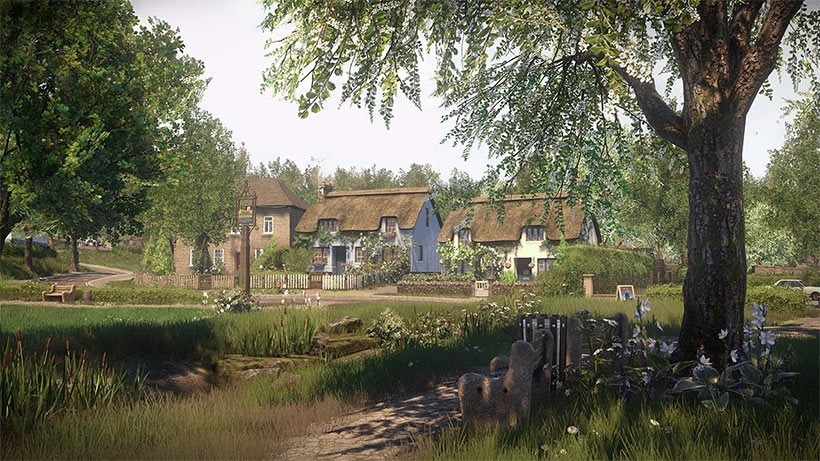 Everybody’s Gone to the Rapture looks positively stunning – There’s no other way to describe it. Possibly due to extra space freed up by the limited gameplay, The Chinese Room have been able to craft a world that is almost indistinguishable from the real thing. Dust particles hang lazily in columns of sunlight as you explore the finely detailed interiors, birds, apparently spared ascension, caterwaul and frolic amongst remnants of society as the sun sits on the horizon, plump and casting hues of oranges over an empty park.

The audio is similarly accomplished, accentuating the overall melancholy and austere tone perfectly and rising to a crescendo at just the right moments. The ambient sounds, such as the chirping of birds or the quiet whisper of the wind, are true to life and further serve to place you squarely into the game. 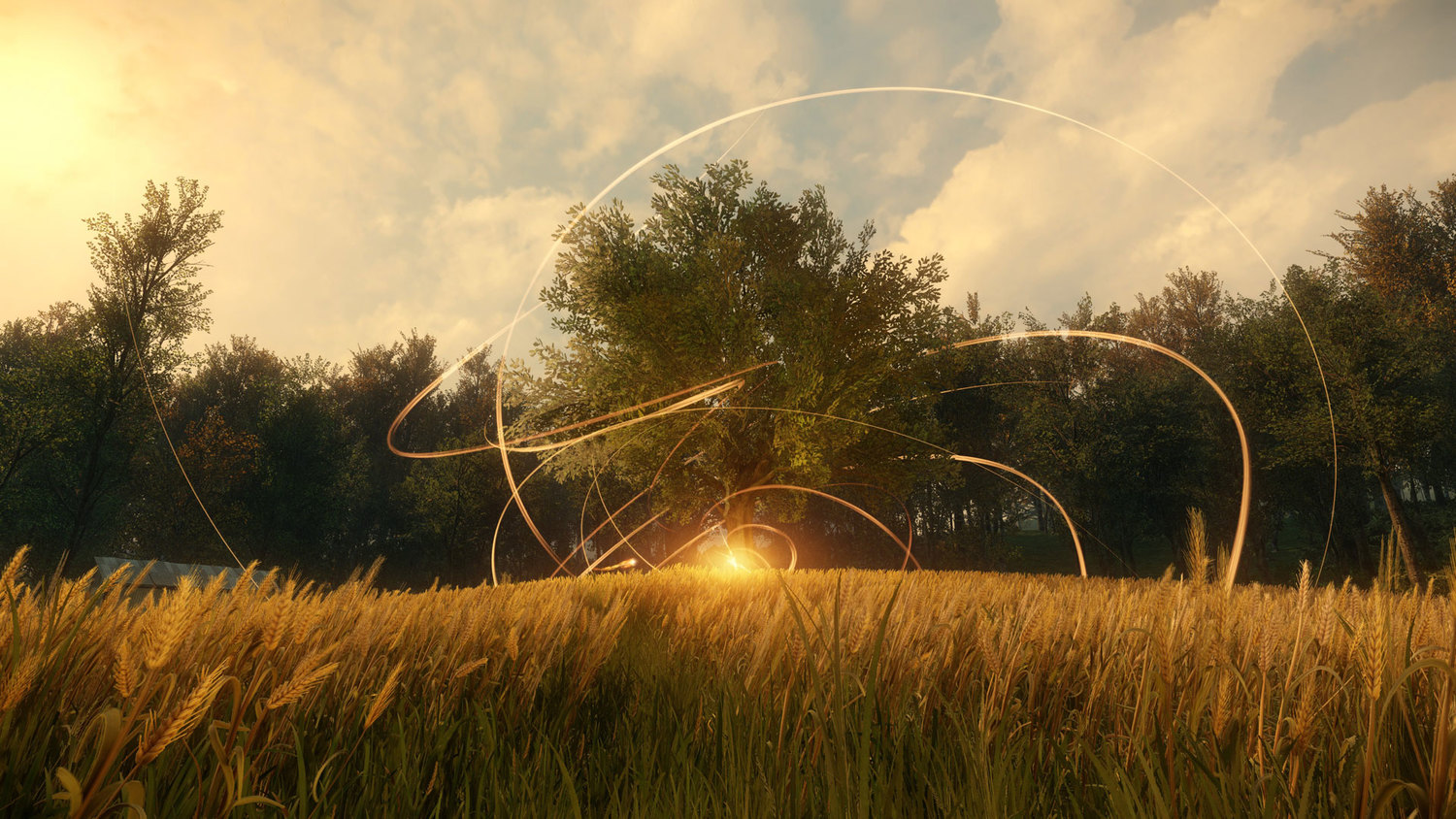 Some games can be better described as an experience. The minimal gameplay and narrative-driven nature of Everybody’s Gone to the Rapture makes a good argument for the consideration of games as a valid art form and further shows the disconnect between the beautiful, moving experiences coming out of the industry and the news media’s perception of all games being GTA style murder simulators.

It’s not a perfect game – There are some cheesy, overly melodramatic scenes that border on Soap Opera-esque levels of ridiculousness and the resolution will most certainly be unsatisfying for some – But it’s almost a perfect experience.

As a massive fan of heavily narrative based games, I was, excuse the pun, enraptured with the process of exploring and uncovering different plot threads. The Chinese Room have taken a bit of a gamble with Everybody’s Gone to the Rapture, stripping down the game mechanics to the bare minimum, but the overall quality of the experience and the captivating storyline proves, to me at least, that the risk was well worth it. 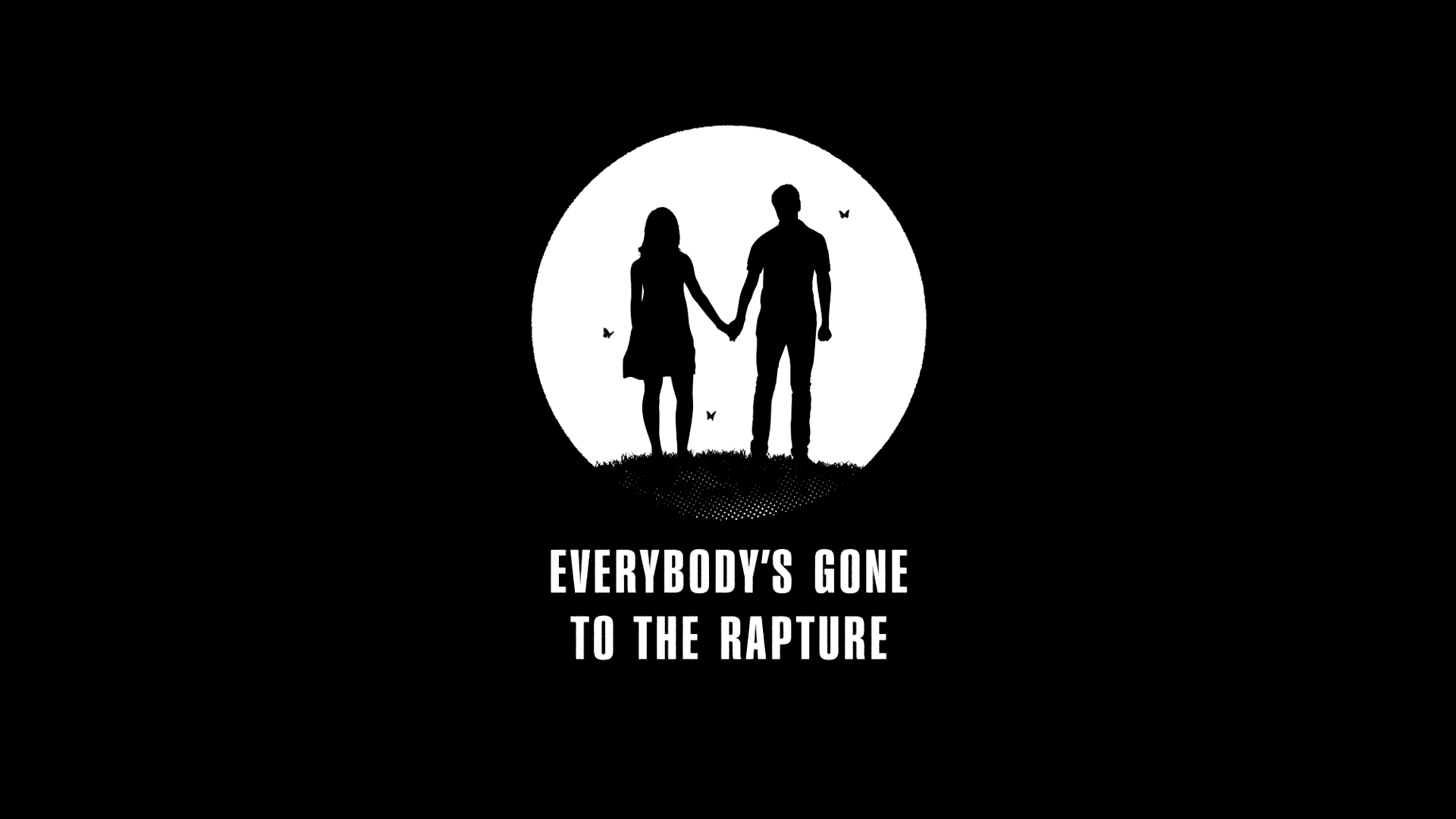