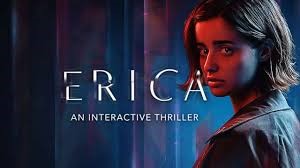 Summary: A PS4 version of a Choose-Your-Own-Adventure book.

This is a game like I’ve never played before.  What an interesting mix of throwing in cinematic scenes to detail the story while you, the player, get to make selections along the way.  Essentially the game is a movie and you get to interact with certain aspects.  It is reminiscent of when I was young and the Choose-Your-Own adventure series were the books of choice.  There really is no right or wrong selection, but you do have to live with consequences of your moral actions along the way. 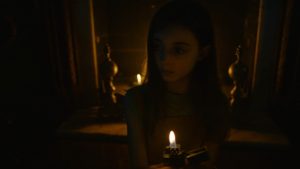 The story seems on the dark side – it opens with you as a young girl, Erica, talking with your dad and learning about your mother who has passed away, but this quickly changes to where you find your father murdered with a strange symbol carved onto his chest.  When you turn around, in the doorway you see a silhouette of a female pointing a gun at you.

Fast forward a few years to Erica (Holly Earl, Humans TV series) being a young adult, living alone in an apartment.  She is clearly not well off and still haunted by what she experienced when she was younger – she regularly has nightmares and flashbacks, fair enough really when her father’s murder is still unsolved.  There has now been another murder which appears to be directly linked to the death of her father.  Enter Sergeant Duncan Blake (Duncan Casey, Emmerdale TV series) – he’s been assigned to the new case and made the connection to Erica’s father’s case.  He appears to have a bit of a soft spot for Erica and is attempting to protect her as much as he can.  However, he has shifted her from her apartment to Delphi House, the residential area that her father started with a colleague which houses girls who have had traumatic upbringings and are probably considered to be insane.  They seem to have some interesting treatment options for these girls which Erica slowly discovers. 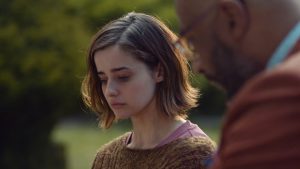 The storyline itself was interesting but not far from the normal path of thrillers so whilst it was good, it was not particularly gripping.  The actors certainly assist this game since they are known actors and the game is filmed as true cinematic and not digitised at all.  However, I did find that there is a disconnect from Erica.  You are expected to believe you are playing Erica, but the gameplay is filmed from a 3rd-person perspective which meant that I felt like I was being dragged out of the immersion of the cinematic experience.  You were more likely to feel like you were making choices that influence Erica rather than being Erica making those choices yourself.

The game is definitely not a long one since it is basically the length of a movie – just a couple of hours.  This is the perfect amount of time though since there isn’t that much game play to actually experience – you are mainly just opening or revealing secrets along the way by following the direction of your touch pad guide, such as lighting matches or dusting off old book covers, or choosing the path of the dialogue which was usually two to four options of phrases or moods.  This means that you are less likely to be particularly bored.  Another advantage is that you are certainly more inclined to go back and play it again to discover other paths and more secrets. 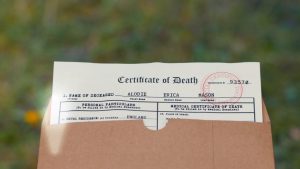 The touchpad playing style adopted is not a style that I have seen as readily used compared to the traditional buttons and thumbsticks gameplay.  This was a nice feature and easy to follow, being very touch sensitive.  However, this sensitivity could work against you in parts.  The default for selections if you took too long deciding your option was often silence.  This may have been due to sensitivity issues in that you missed selecting the option you wanted, or you were still reading the options and deciding the best course of action.  However, the aim of this was quite effective since you are supposed to be Erica who can’t sit back for ten minutes to think about something someone has just said – you are supposed to be in a dialogue and reacting instinctually as we would in real life.  And you are regularly making dialogue decisions like you are Erica, however, if you’re like me, this can end up being disruptive to the cinematic experience since you don’t really get a chance to be swept up in the moment of the film but you aren’t immersed as Erica either with that 3rd-person view. 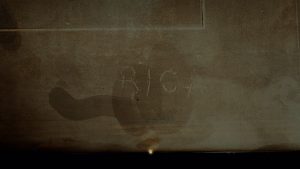 The soundtrack was like being at the cinemas and certainly matched the atmosphere of the game in all aspects.

Value-wise, this is a reasonably inexpensive game at only AUD13.95.  With that said, this is a game valued accurately – although there isn’t much gameplay itself, who hasn’t paid at least this much just to watch a movie?