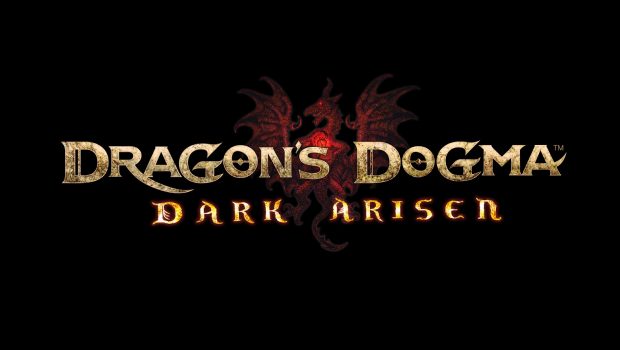 Summary: Dragon's Dogma: Dark Arisen, the 2012 RPG classic, has been ported to the Nintendo Switch to great success.

Dragon’s Dogma is one of those games that I constantly think about replaying. I only went through the story once when it was first released, and it blew me away with its gigantic monsters and fun combat system. Never would I have thought that when I finally got around to replaying Dragon’s Dogma, I would be replaying it on the Nintendo Switch. Even more shocking is just how well the game actually runs on the Switch and how well suited Dragon’s Dogma is to a portable console. 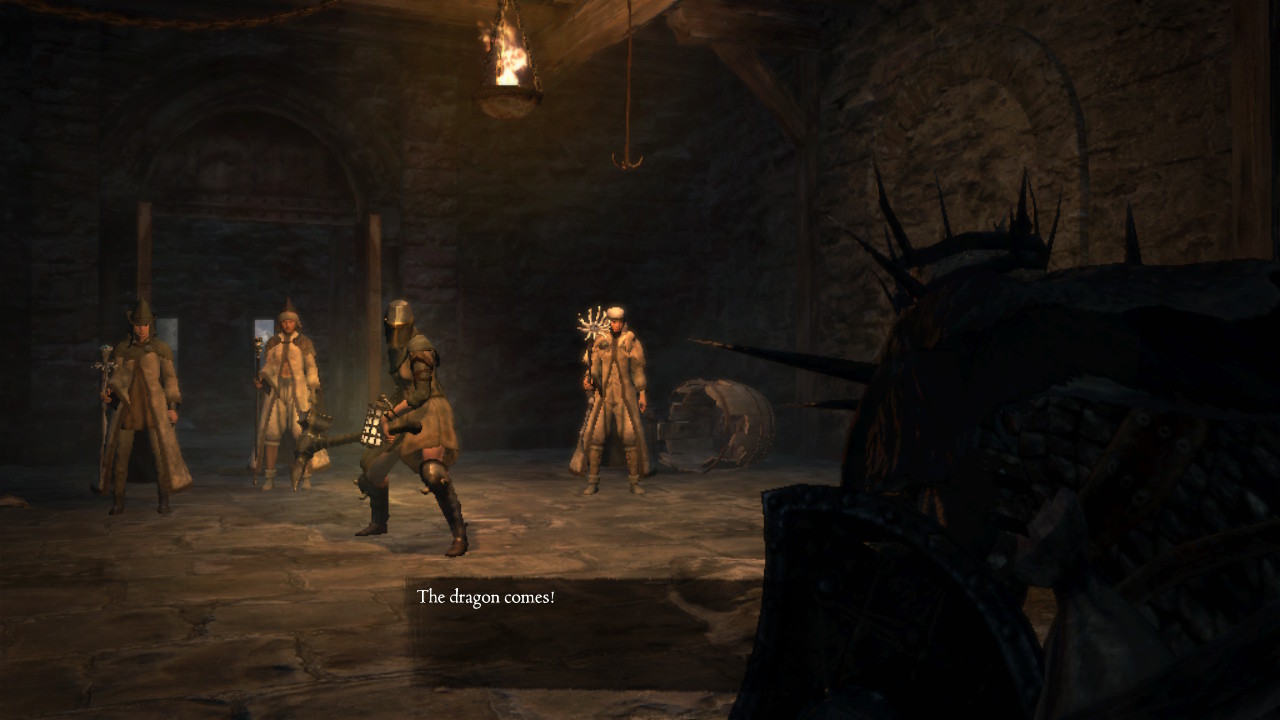 We reviewed the original Dragon’s Dogma back in 2012, and the Dark Arisen expansion edition back in 2016. Both of those reviews almost perfectly reflect how I felt about the game back when it was first released, but I’ll attempt to quickly summarise the genre-defying Dragon’s Dogma here:

Dragon’s Dogma is a third-person action game built around an RPG framework. Think Devil May Cry set in the world of Skyrim. You play as a hero cursed by a mystical dragon who challenges you to defeat him in order to regain your humanity. This adventure sees you serving kings, exploring dungeons and slaying a lot of giant monsters. 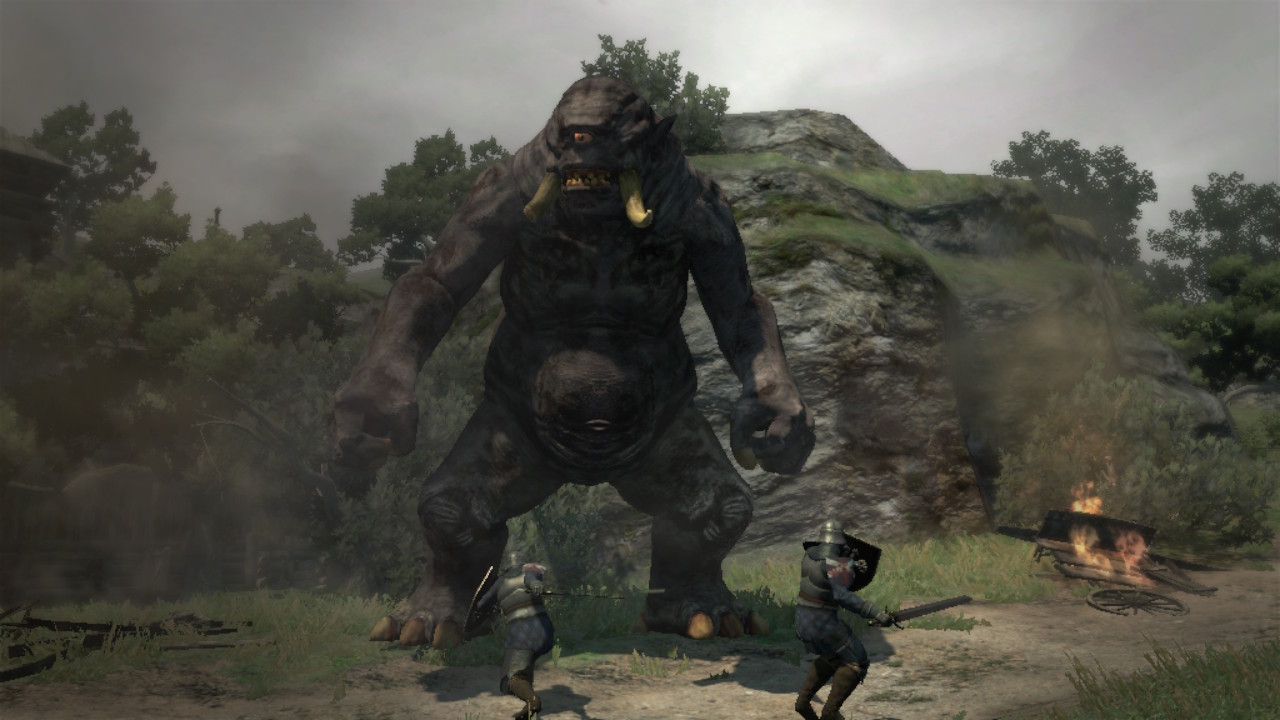 You’ll be buying new weapons and armour to upgrade your stats, taking on quests from townsfolk and gaining experience to level up – all fairly typical RPG activities. What separates Dragon’s Dogma from the rest of the RPG crowd is two distinct elements: your AI companions and the combat. 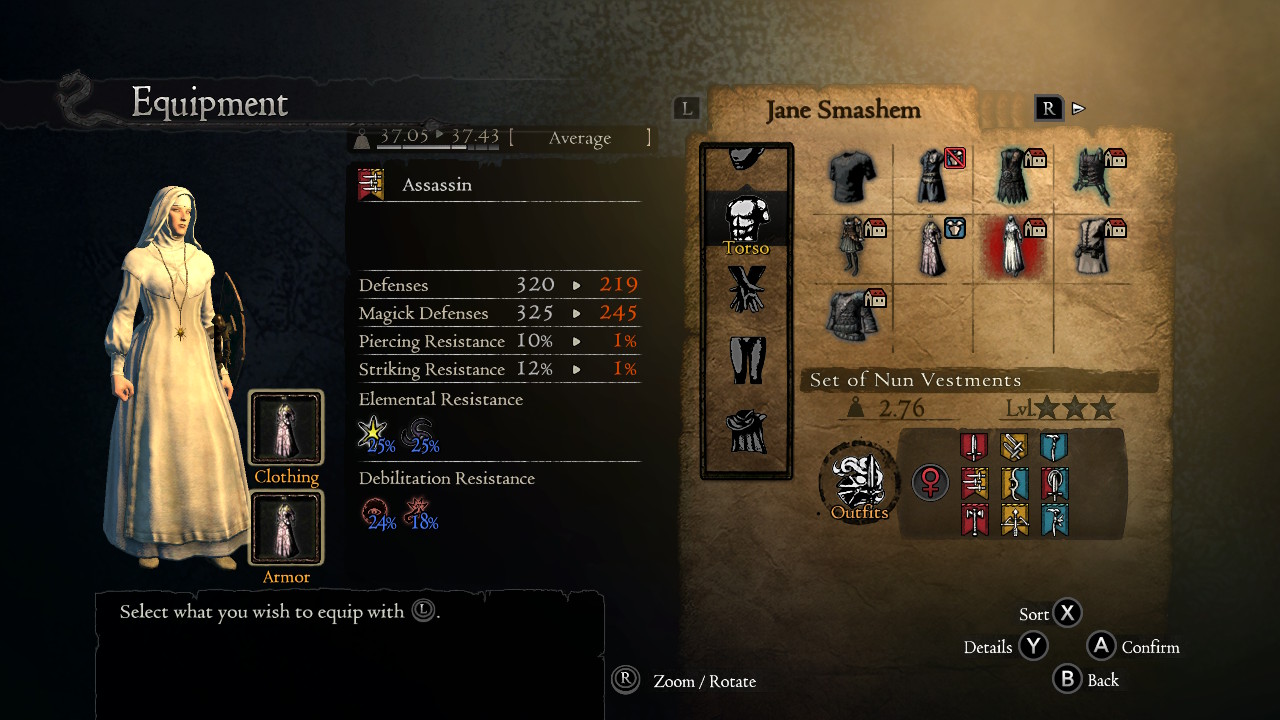 As the cursed hero of the dragon, you have the power to command a strange, sub-human race of mercenary clones called Pawns that live to serve you and your kind. The game goes to great lengths to explain that these aren’t regular people so you shouldn’t feel bad about bossing them around and disposing of them as you see fit. But in reality, they’re just clever AI companions that are just as strong and sometimes, just as smart as you are. 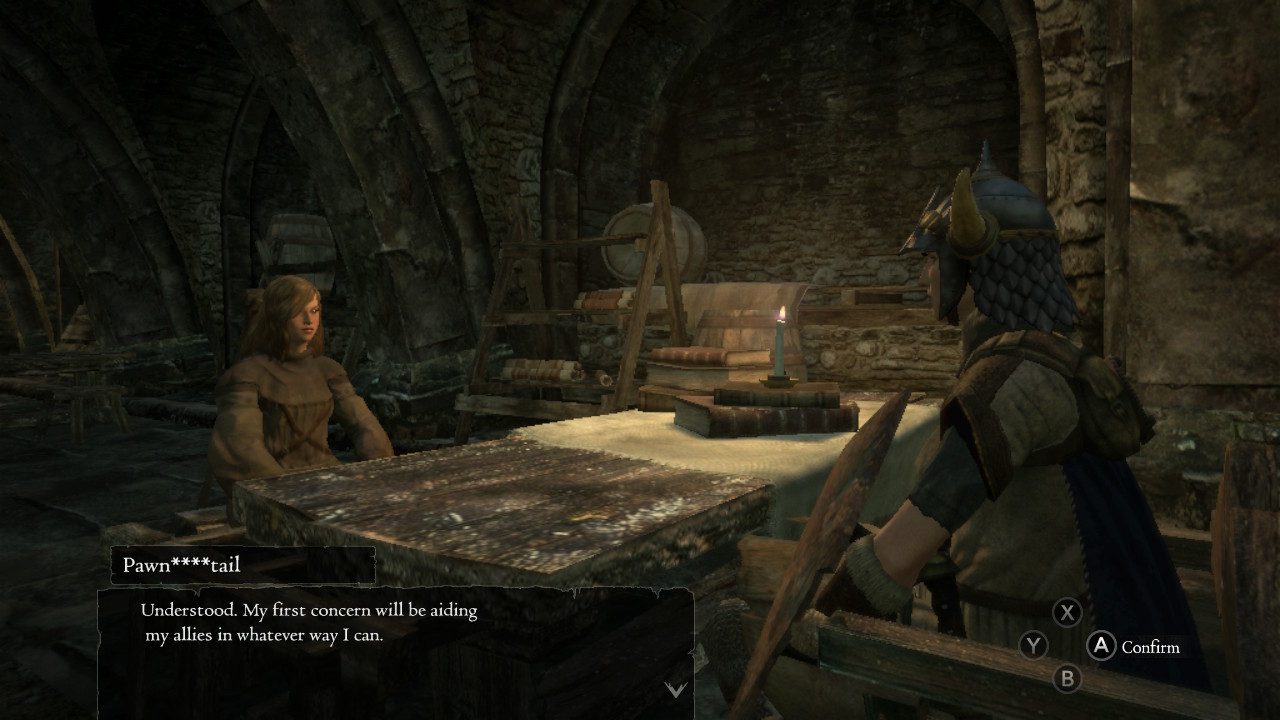 You can choose how these companions will act in battle, what class of companion you prefer and even what type of quest knowledge you want them to provide. But most importantly, you don’t need to babysit them and they are extremely helpful in combat. Depending on the type of Pawn you recruit, they can provide heals and buffs to your party, tank aggro from enemies or simply act as damage dealers. There’s a great versatility to the Pawn system that makes playing Dragon’s Dogma feel almost like an MMO. 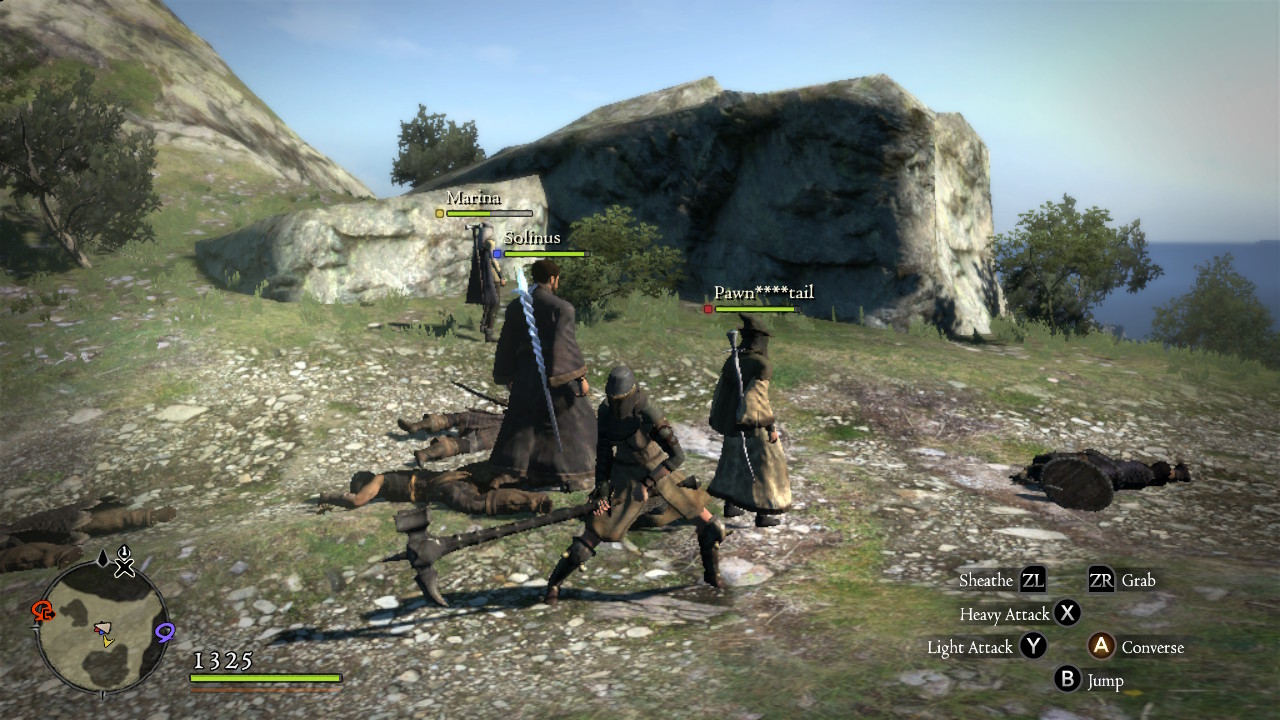 The combat in Dragon’s Dogma is fast-paced and animation-heavy. You have a light attack, a heavy attack and a set of skills that can be upgraded and equipped to suit the task at hand. There are three main classes (mage, strider and fighter) and hybrid classes that expand upon the skillset of the three main classes. Performing a skill costs stamina, which replenishes over time, and a significant frame commitment. A strong overhead strike from the fighter class takes a few seconds to wind up and if your target moves out of the way before the strike lands, tough luck. 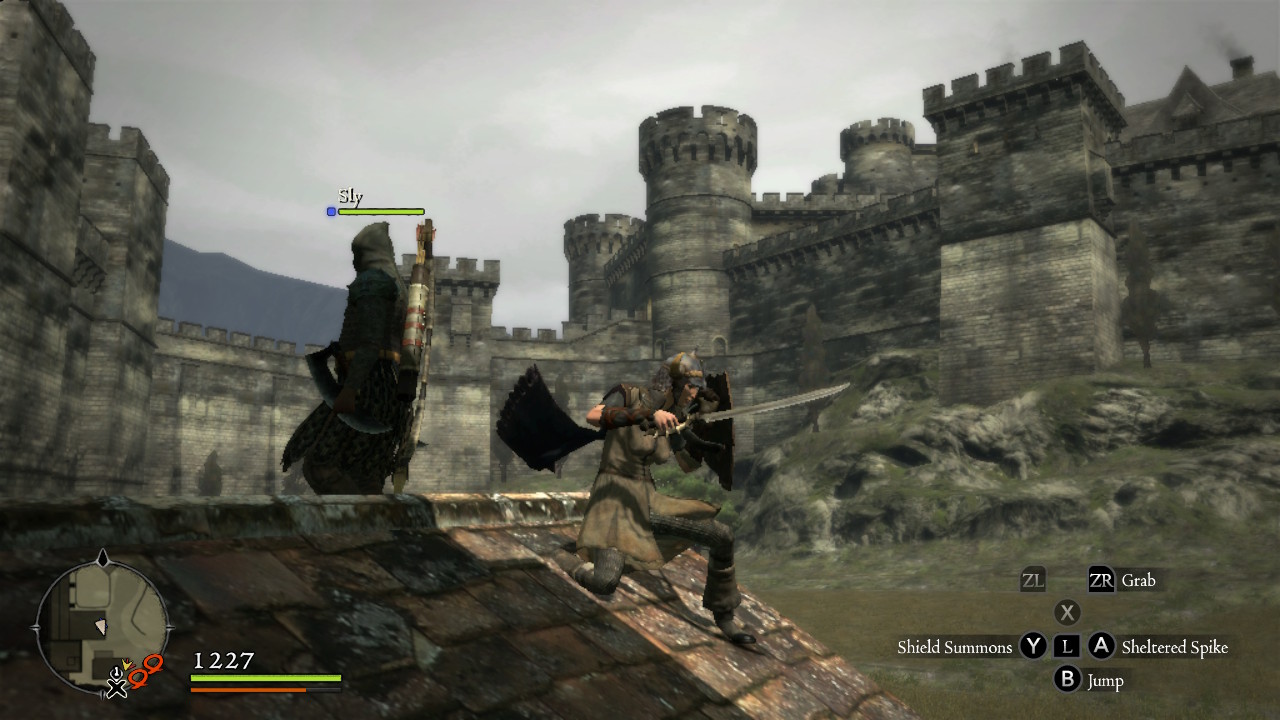 You’ll also be battling gigantic enemies such as towering cyclops, hydras and of course, dragons. I was sceptical as to how the Switch would handle these frantic, screen-filling battles, but it kept a steady 30fps even during the most frantic battles. One particular mission sees you fighting two huge cyclops alongside an army of AI soldiers in the courtyard of a mountain fortress as waves of enemy goblins filter in and exploding missiles rain down upon you. I was certain this mission would bring the Switch’s hardware to its knees in portable mode, but to my surprise, the game ran perfectly fine for the entire battle. 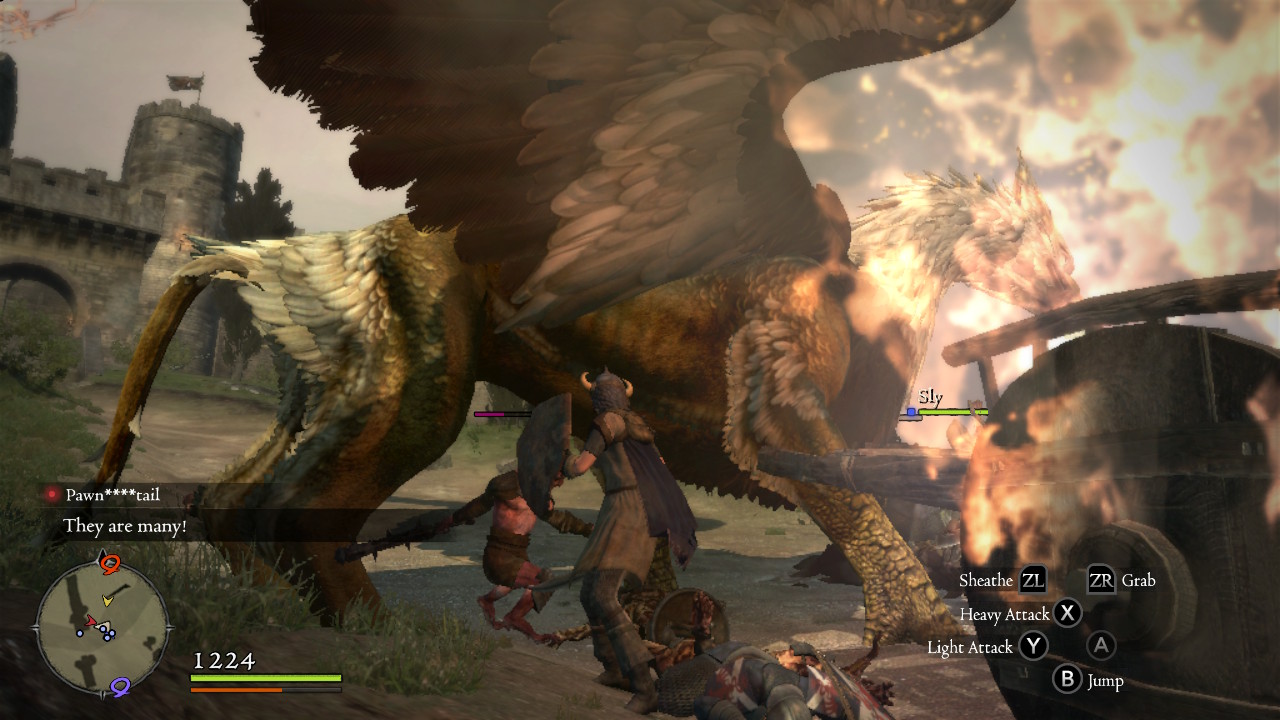 That’s not to say the Switch version of Dragon’s Dogma is without issue. The most egregious issue that was present throughout the entire game is the staggering amount of NPC pop-in. The load times are surprisingly fast for such a huge open world, but the drawback of this is that enemies and other characters will load in as you get close to where they are supposed to be. Not only is this very annoying when running through a city, but its also an issue that affects the gameplay as enemies may suddenly appear infront of you and begin attacking your party. 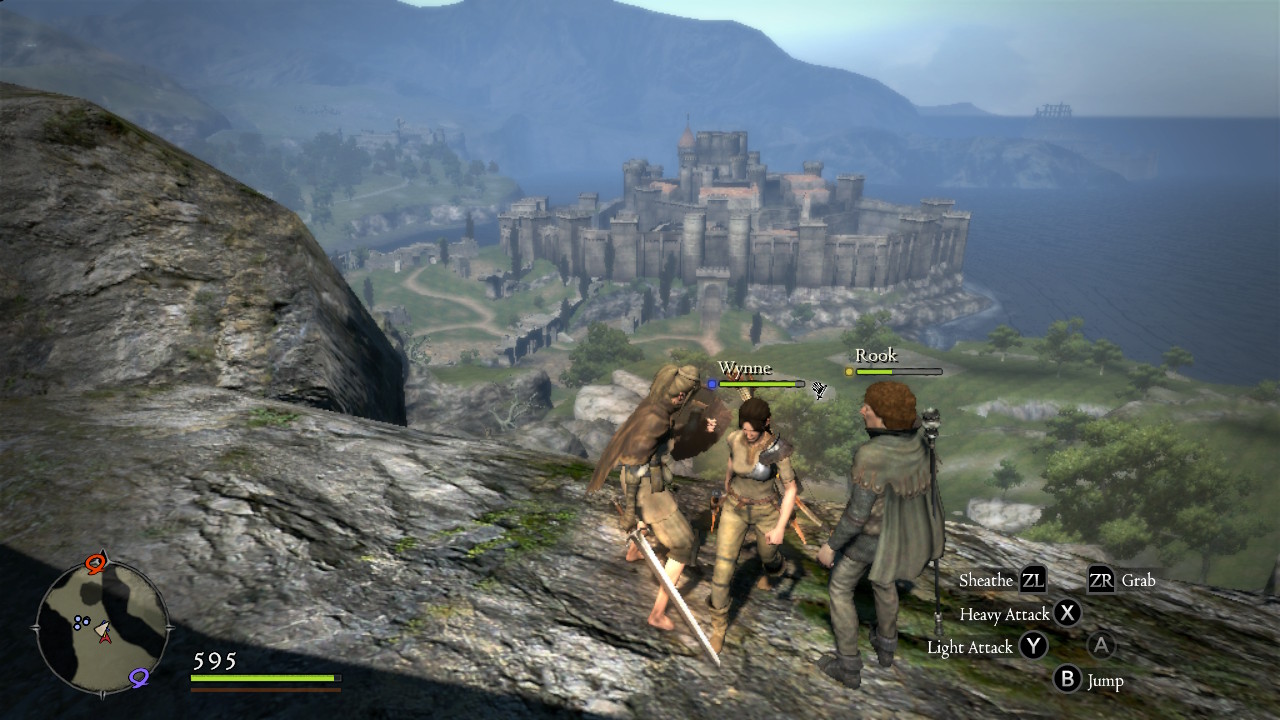 The Switch version of Dragon’s Dogma also has that signature ‘lower-resolution muddiness’ when played in portable mode that is almost expected of switch ports these days. Combine this with the already muddy visuals of what was originally a 360/PS3 game and Dragon’s Dogma won’t be winning any awards for its visual fidelity. Yet what it lacks in aesthetic style, it makes up for in the sheer scope of the world and the scale of the enemies you fight – which balances out as an overall impressive graphical performance. 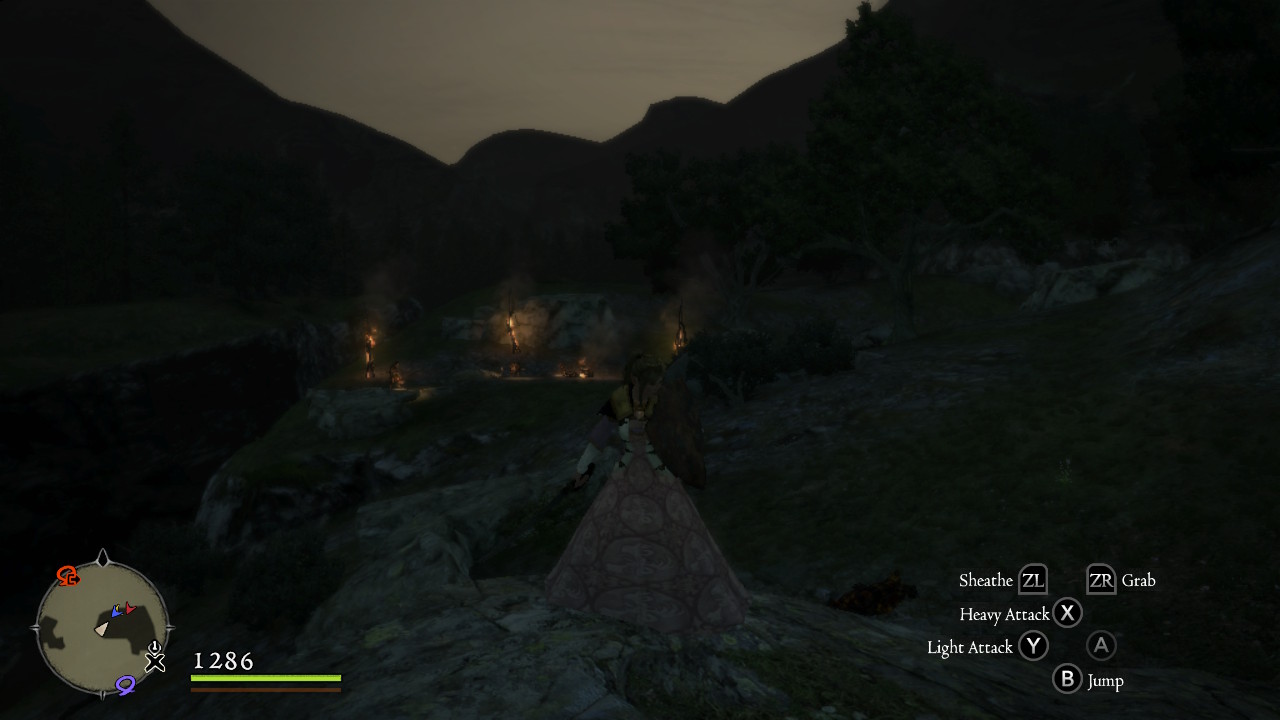 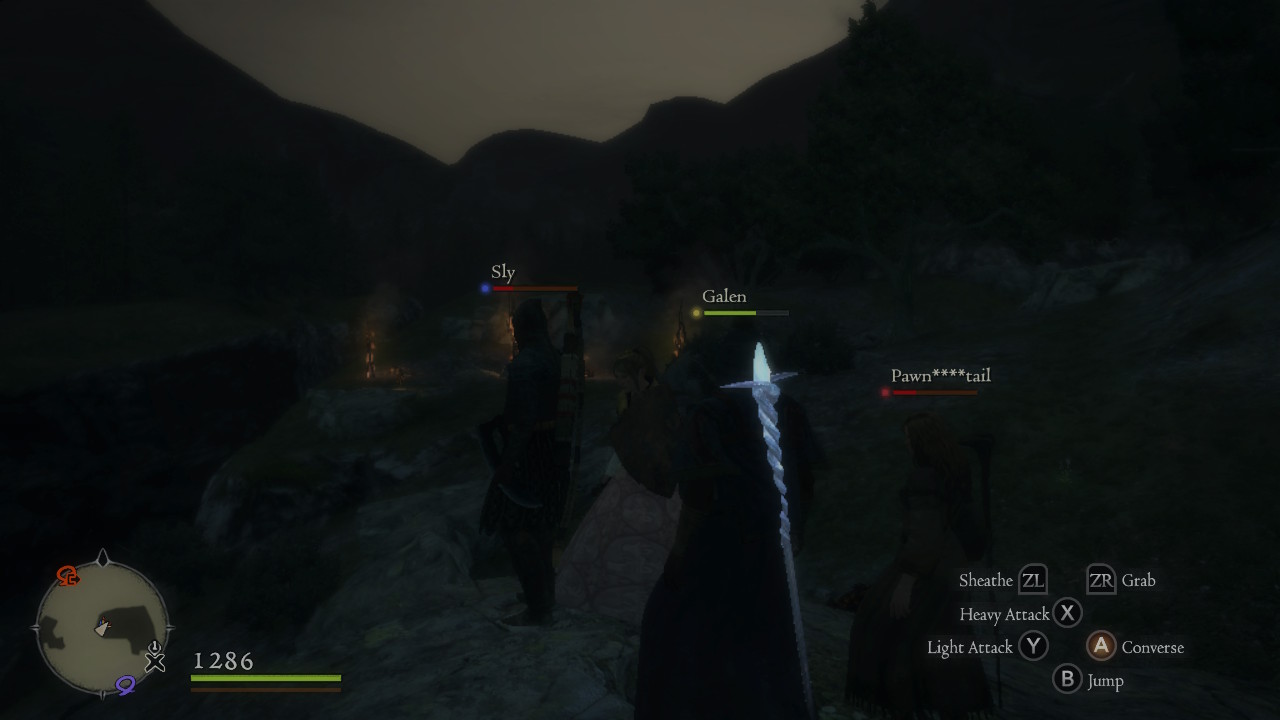 Dragon’s Dogma also features a reliable quicksave system that can be used when not in immediate combat. This proved to be quite useful when playing on my commute in portable mode. There are also plenty of quests that can be completed in phases that make the game quite well suited to playing on the go, too. However one thing to keep in mind is the substantial 12gb install size, which will take up a significant chunk of the Switch’s 32gb internal memory. 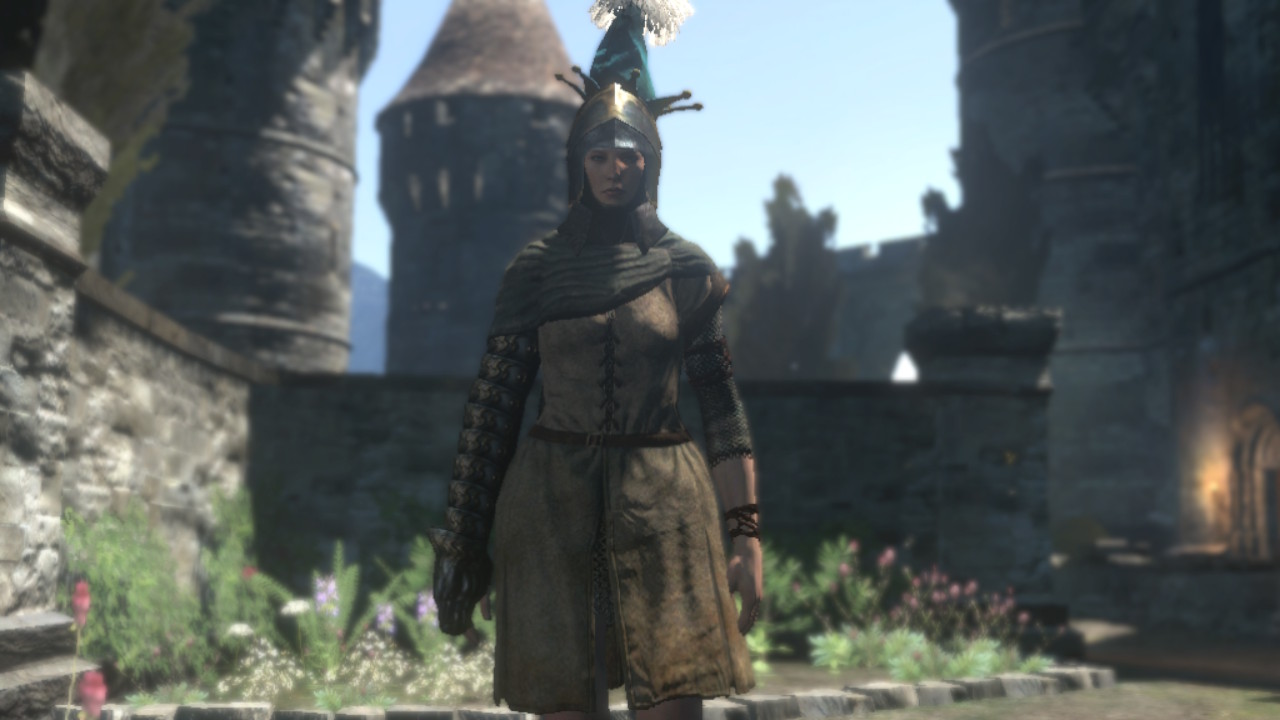 Dragon’s Dogma: Dark Arisen is an impressive feat on the Nintendo Switch. Perhaps I aught not be surprised at what developers are able to squeeze onto the Switch these days, but I was certain Dragon’s Dogma’s huge open world and gigantic enemies would cause my Switch to burn up in my hands when I tried to run it. Distracting NPC pop-in and muddy textures are a small price to pay to be able to experience this fun and unique RPG classic on the go. Definitely worth checking out if you’re after a lengthy RPG adventure that’s not quite like anything else around. 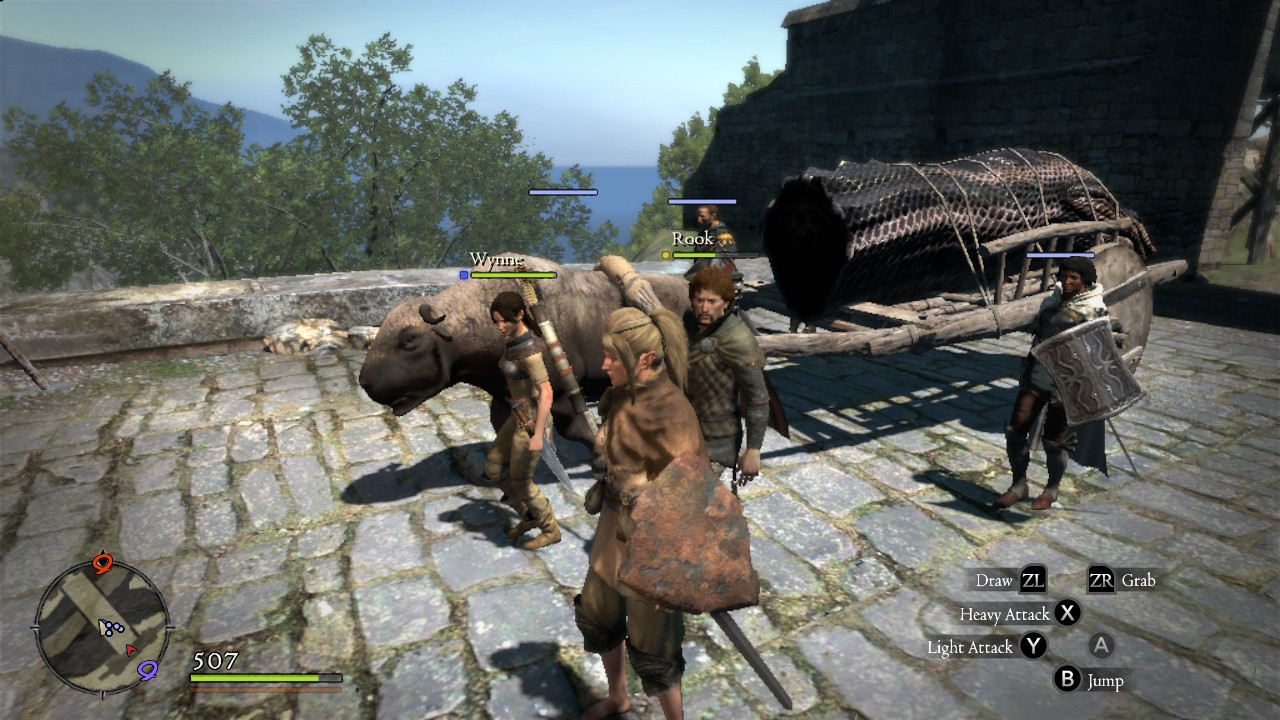