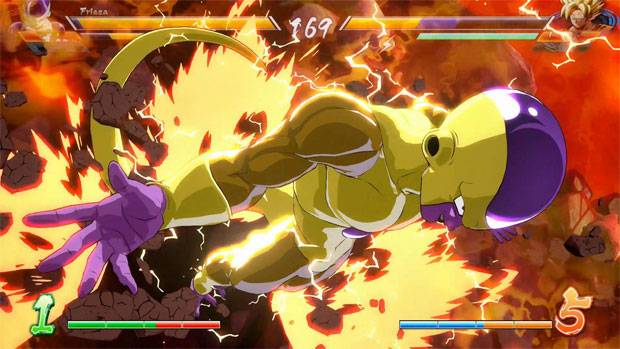 Summary: Dragon Ball FighterZ, is an outstanding achievement and might just be one of the best fighting games ever made.

As one of the most popular franchises to come out of Japan; the action-anime series Dragon Ball has entertained fans all over the world since it first appeared as a manga series way back in 1984. Fast-forward some thirty-three years later; the franchise has sold over 40 million games worldwide establishing itself as one of the most successful anime series of all time.

Dragon Ball FighterZ is the follow up to 2016’s Dragon Ball Xenoverse 2 and sees developer Dimps replaced by Arc System Works who are most famous for their arcade 2-D fighting game series, Guilty Gear. 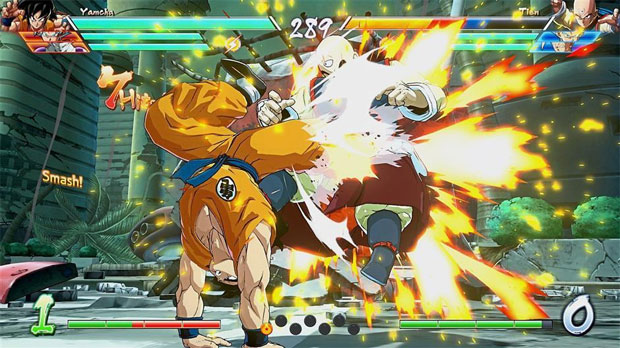 With publisher Bandai Namco teaming up with one of the best combat game developers in town, their latest release is clearly in good hands. So, it should come as no surprise that Dragon Ball FighterZ is an outstanding achievement and might just be one of the best fighting games ever made.

Now, I don’t know a great deal about the Dragon Ball series. I’ve never watched an episode or spent any time with the games. I have however played numerous fighters throughout my years as a gamer, and although it isn’t one of my favourite genres, I still hold the Street Fighter, Mortal Kombat and Tekken series’ in high regard.

That said, what always dissuaded me from immersing myself in most fighting games was their control schemes. I always found learning a multitude of different moves and combos for every fighter on a roster tedious, and demoralising. That’s not to say I’m afraid of a challenge; it’s just I’ve never adored a fighting game enough to spend a substantial amount of time with it.

Thanks to easy to learn but difficult to master controls, Dragon Ball FighterZ, changes my attitude towards the fighting genre entirely. This gorgeous, frantic, three-on-three fighting extravaganza is uncomplicated, therefore extremely accessible to newcomers. Although it’s true the controls are straightforward to learn, overall, FighterZ still offers a versatile experience. 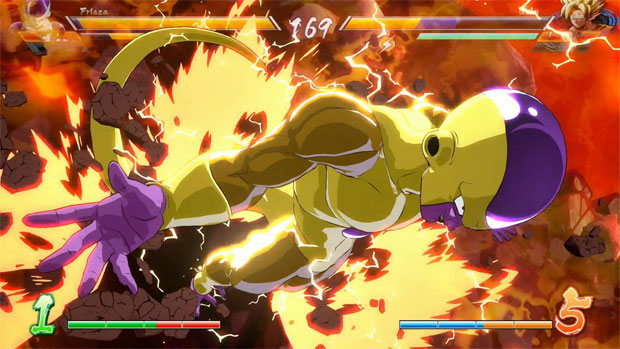 A sizeable roster of twenty-four characters from the Dragon Ball universe are all here, most of which have similar moves making it easy to swap between them while in combat. In regards to the fighting mechanics, they are responsive and smooth and look exceptionally cool when in motion; especially when you successfully pull off a devasting combo.

The Story Mode is the ideal introduction to the control scheme as this is where you’ll learn all the tutorials and get to grips with the mechanics. Clocking in at a satisfactory ten hours, the plot consists of some troublesome clones running amok and a new character called Android 21.

To be honest, as a newbie to the Dragon Ball series, some of the humour was lost on me since I didn’t know the characters well enough to appreciate the camaraderie between them. That said, Goku and all of the other prominent Dragon Ball personalities are here so I’m sure fans of the series will cherish the story. Furthermore, even though I came into the game relatively ignorant, I thoroughly enjoyed fighting my way through the campaign and also laughed out loud on several occasions.

Despite the Story Mode providing a decent enough challenge, it’s the Arcade Mode that presents the toughest test of your ability. This is where you can try out your skills against other AI controlled fighters. A grade is assigned after each match which determines the path you take and your upcoming opponents’ difficulty. Keep winning in style, and you’re on your way up the high path; perform poorly, and you’ll find yourself on the low path. Even after confidently completing the Story Mode, I’m average at best, so plodding along down the middle path was where I spent most of my time. 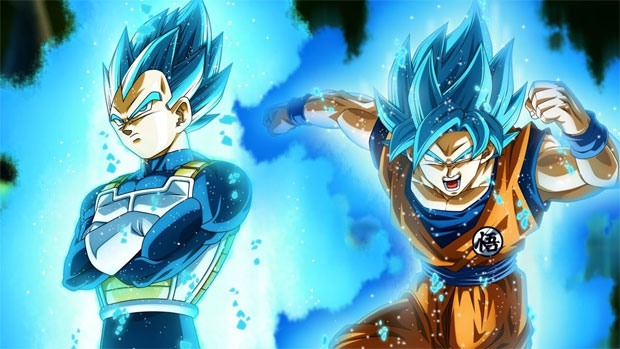 Another way to spend some time with Dragon Ball FighterZ is in the lobby where you and your pre-selected Dragon Ball character can interact with other players and navigate to areas devoted to the story, arcade and online modes. Although naturally not as fluid as the fast-paced action you’ll find offline; the online mode performs relatively soundly. Lastly, you can purchase stickers and emojis from loot boxes with in-game currency which you can earn playing all of the above modes.

Not only have developers Arc System Works done a splendid job with the fighting mechanics; FighterZ’s visual presentation is just as dazzling. Thanks to the breakneck action, a multitude of colours burst off the screen. So much so, that at times, concentrating when in combat becomes somewhat of a challenge. Nevertheless, while playing the game in its early stages, I couldn’t help but keep taking screenshot after screenshot. Although this meant I lost a lot of battles; at least I got some eye-catching pictures for my PS4 capture gallery!

Notably, FighterZ‘s art style looks identical to the TV show, so fans are in for a real treat. Additionally, the cutscenes play out smoothly with the option of English or Japanese voiceovers available for selection. 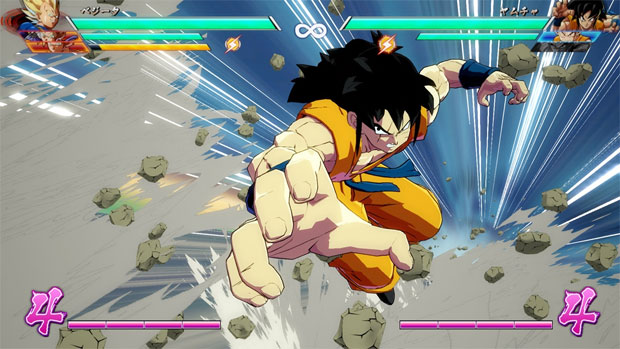 Predominantly, what I take from my experience with Dragon Ball FighterZ is a new found appreciation for the fighting genre. Aside from the classics like Mortal Kombat, I was never a huge fan of games of this ilk. However, I can honestly say that this frantic 2-D fighter is so captivating, that I can see myself spending a hell of a lot of time with it in the upcoming months.

Indeed, before playing FighterZ, I knew absolutely nothing about the Dragon Ball series. Even so, I thoroughly enjoyed the story so I can only imagine how fans of the franchise will react to the visual beauty and over-the-top mayhem. While the controls are easy to get to grips with, it still provides a tough challenge. In particular, the frustrations I had progressing in the Arcade Mode are a prime example of how difficult mastering FighterZ is.

So, with that said, ending this review with a quote from Atari founder Nolan Bushnell seems fitting: “All the best games are easy to learn and difficult to master”.

A famous videogaming motto that for me, sums up Dragon Ball FighterZ perfectly.