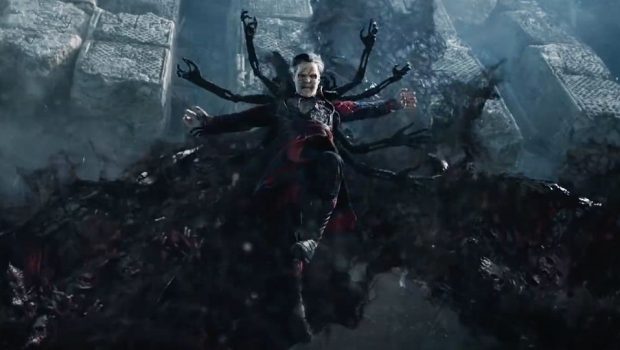 Doctor Strange in the Multiverse of Madness Review (2022)

Summary: A much-improved effort from the MCU, they should have lead with this one rather than the dissapointing Eternals. The character-driven movies will end up being the best part of the new phase of these movies easily.

In a disturbing vision we see a Doctor Strange (Benedict Cumberbatch) and America Chavez (Xochitl Gomez) try to escape some evil force with the Doctor escaping and America escaping to another universe through a portal. Doctor Strange wakes up in his own universe puzzled by this vision, but he has been getting these a lot recently as there is something going on.

Turning up as the guest at the wedding of his old flame Christine (Rachel McAdams) he has to make a quick exit when a giant tentacled monster suddenly appears on the streets below. It is there with the help of Wong (Benedict Wong) they defeat the monster and find out America Chavez’s story.

As Benedict Cumberbatch and Benedict Wong appeared in a clip before the movie saying not to spoil to much I will just say that they go to get Wanda Maximov (Elizabeth Olsen) help but she is now the Scarlet Witch and the exact person who has been chasing after America Chavez through the different universes and now they have to fight her.

There is travel through different universes but the most fun bit is when Strange and Chavez are in free fall through the different ones and end up in a different form in each one. There is no “hot dog fingers” universe but some of them are pretty close like the poster paint one or the cubed one.

Arriving in an alternate New York where Chavez schools Strange that he now does not know anything (you cross on red in this universe) a Sam Raimi regular makes an appearance, I swear I heard him say “Oh you little bastard!” I don’t even need to say who that is.

There is a lot of differences in this universe including the Avengers being something different but as I explained before it is best you find out these things yourself. There were some cheers and screams for some of the cast in particular.

This movie is quite odd in parts and has a lot more horror and gore than you would expect from a regular Marvel movie so I would not recommend it for younger audiences. Sam Raimi seems to have been given a lot more free-reign in this film as there were sections that reminded me of some of his earlier work like the part with the giant flying eyeball, the Wanda in the alternate universe acting like the cabin possession scene in Evil Dead and the evil spirits in one section being a real trip into the horror territory.

Quite a lot more violent and gory than I would have expected with people being burned and variously dismembered and they show you most of it. As it is in the alternate universe there is more ability to kill off that version of the character and they can still keep going in the main storyline. This seems to happen a lot in the Multiverse comics but not as much in the MCU up until now.

As with the previous Infinity Wars movies in the MCU it may be the character movies end up being more interesting than the ones that are meant to be the main storyline. I find that in the comics too where the one-shots can explore more interesting ideas in a different direction.

Supposedly Eternals was setting up something bigger but I would argue it might be best just to put that into the background and go with Spiderman: No Way Home, this movie and the upcoming Thor: Love and Thunder and you can fill in the blanks yourself.

This does tie up some lose story threads and provides closure to at least one character’s story arc but you don’t need to have seen that series as they explain it well enough here.

A solid entertaining film with a lot of darker elements that gives it some more grit and flavour to the storyline and introduces real stakes as they are not afraid to kill people and have them definitely stay dead, well as much as that means in the MCU where you can just get another universe’s version of the character. 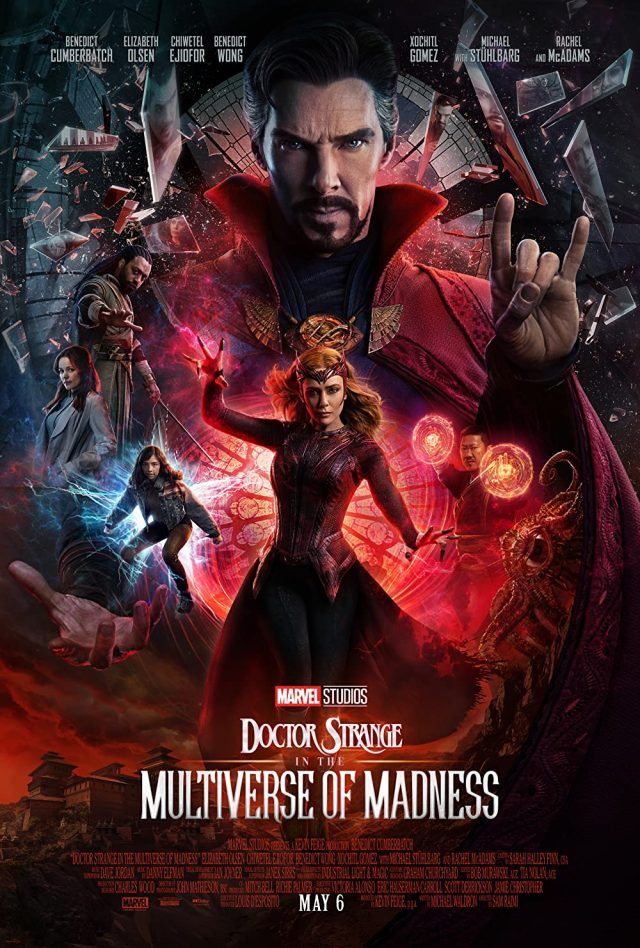