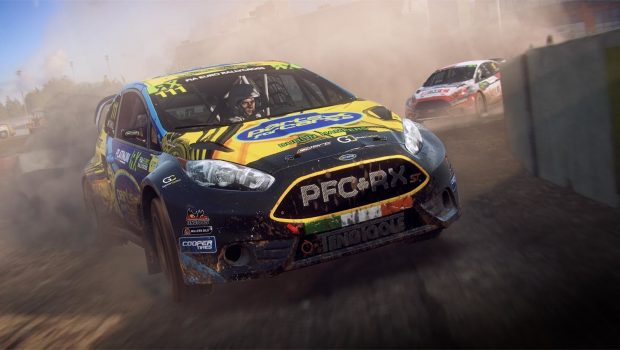 Summary: A sim racer that is enjoyable and realistic but doesn’t deliver enough content for it to be suitable for a long-term experience.

Dirt Rally 2.0 is the latest and seventh game to bare the Dirt name and in order to continue on the series’ exceptional run of form. It attempts to both build on what it established in its first instalment (Dirt Rally) and challenge it’s obvious contender World Rally Championship (WRC). Which is releasing its eighth instalment in September 2019. Therefore, it is imperative that Dirt Rally 2.0 presents a game worthy of putting up a respectable fight against its main competitor and establish itself as a unique and strong sim racer in its own right. 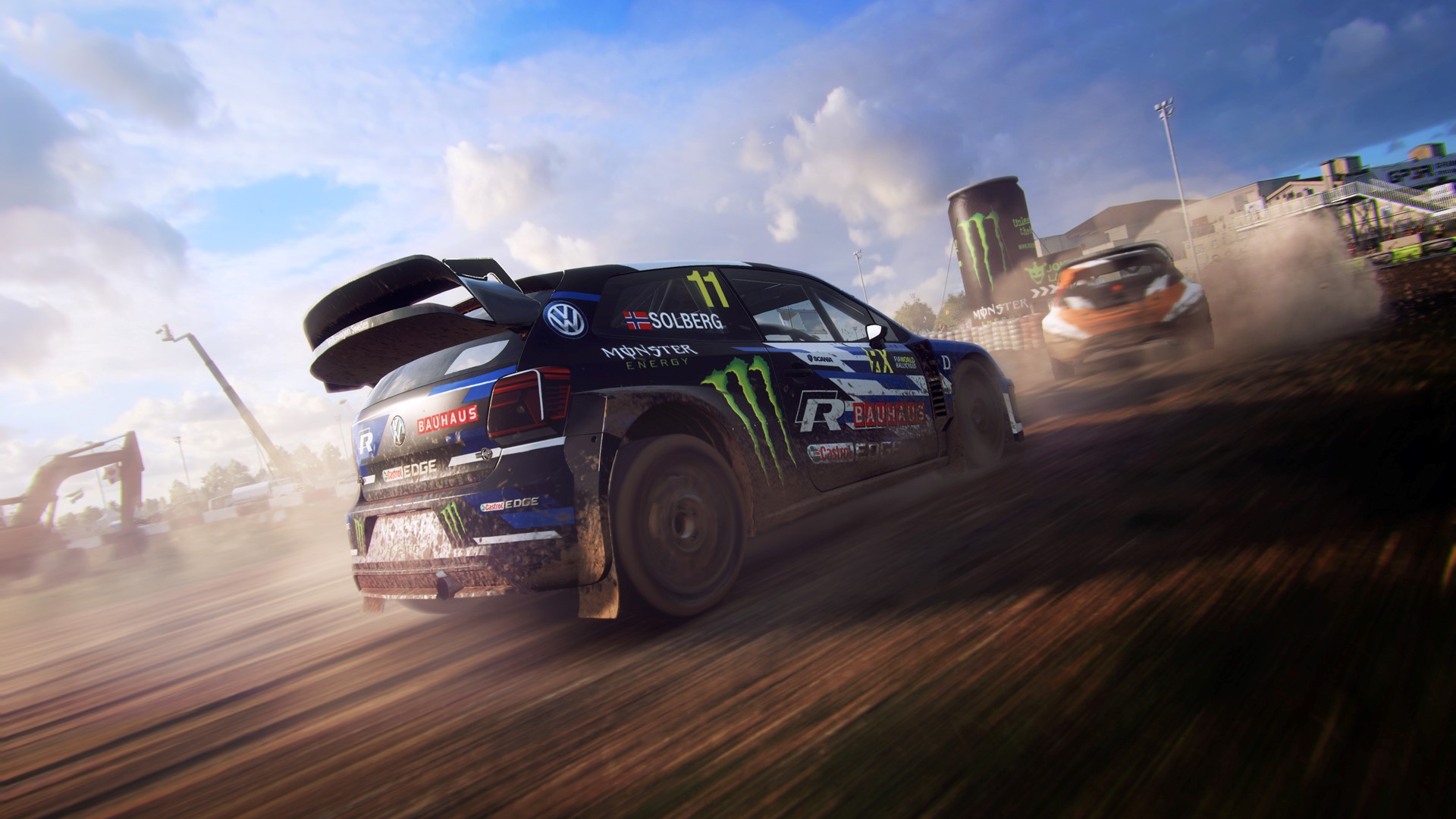 On surface level Dirt Rally 2.0 presents the player with plenty of variety and different gameplay options. This begins with code masters’ familiar avatar creation tool which is now a mainstay in all its racing games. The game also includes different types of racing with the regular off-road rally which spans across multiple real-world rally stages including ones in Australia, Argentina and Poland. All of these stages are true, realistic and provide a decent variation within themselves due to the different types of road surfacing such as gravel, tarmac and dirt tracks. However, this is the first example of the game’s biggest issue, an obvious lack of content. A clear omission from this track list is the lack of any snow scapes such as the immensely popular and historical ones found in Finland and Sweden. 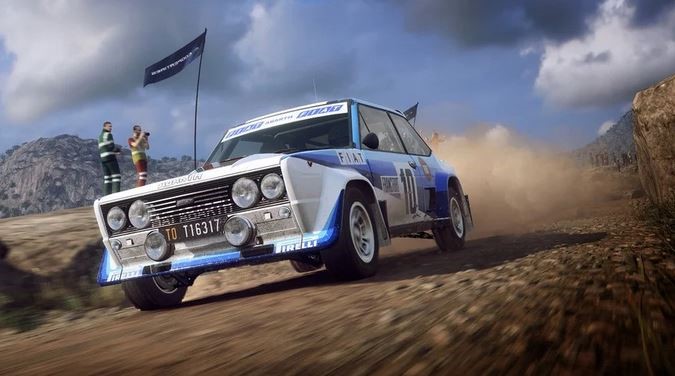 The car list also feels like it could be more varied. Possibly with the inclusion of some off-road cars such as SUV’s and more historical vehicles as well. This absence in content is improved however with the welcome return of the rallycross content which now has the more immersive co-operation of the actual World Rallycross championships involvement. Despite this however Dirt Rally 2.0 still manages to feel almost like an unfinished game, due to its scarcity of both track and to a lesser extent vehicle variety. It is notable that the quantity and variety of content will likely improve due to upcoming DLC, the first of which is the Deluxe pack which is available for $42.95 on top of the price of the full game. 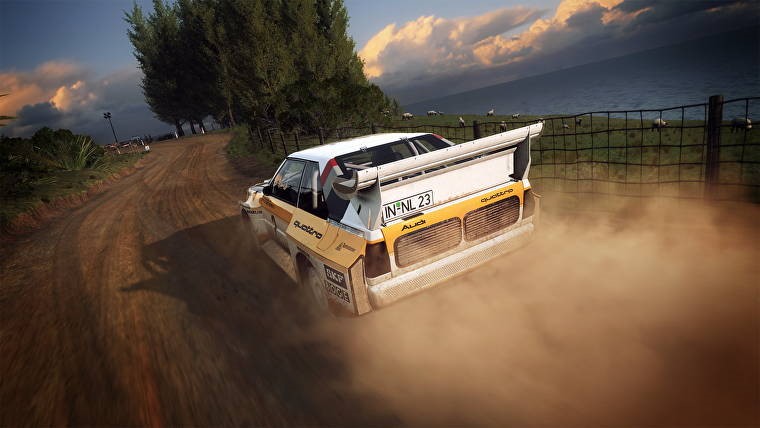 In regard to Dirt Rally 2.0’s improvements due to gameplay, graphics and sound there doesn’t seem to be any major improvements. The cars and tracks still feel great, with the cars handling well and certain aspects of driving being exceptionally realistic and challenging such as how the cars slide due to a lack of grip when going from gravel or dirt to an asphalt part of a track.  Overall the graphics remain solid but there is still a little bit of an inconsistency in the quality of the car models compared to the surrounding environment. As with pretty much all racing games these days precision of driving and the overall enjoyment of the driving increases exponentially when using a wheel rather than a controller. The cars do look fantastic, but the environments seem to falter due to poor texture quality on some objects. Most noticeably in the rocky courses such as Argentina. Playing on PC there doesn’t seem to be any glaring graphical or lag issues. The sounds of the cars are still solid and are all unique to the different types of vehicles. 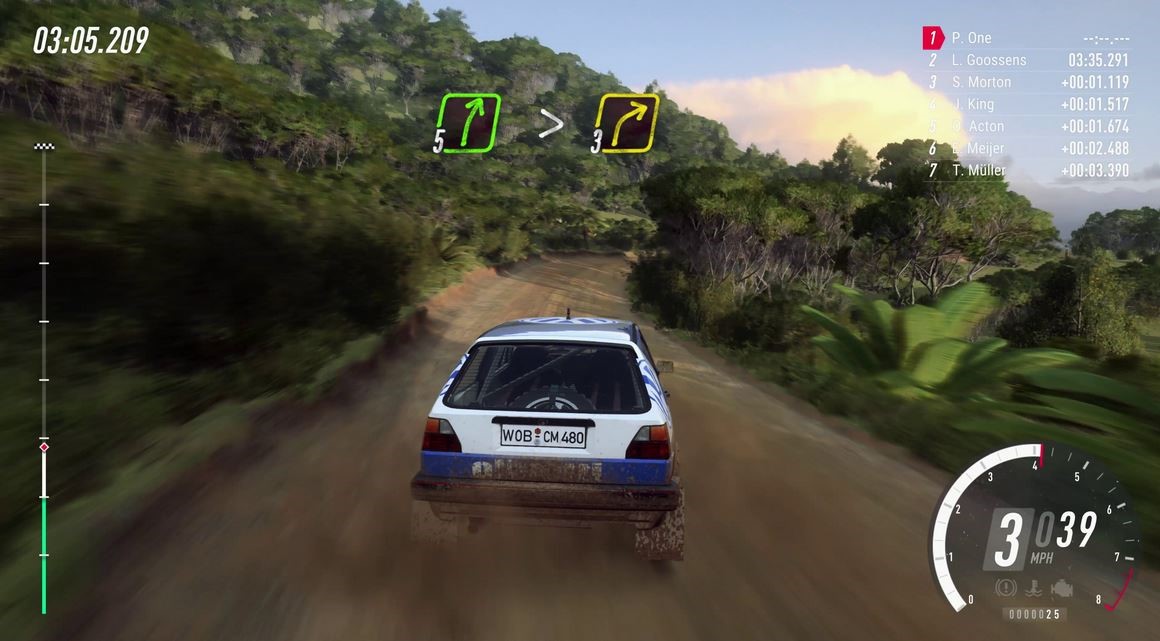 As with most sports and racing games with annual or releases they develop upon themselves year on year due to small changes which work together to improve the overall gameplay experience, of which there are numerous in Dirt Rally 2.0. The first of these is a slight improvement of the co-driver in regard to the clearness of his instructions, this is especially important when racing in night time when your visibility is greatly impaired, and you need to rely more on the co-driver’s directions and warnings. The smart loading screens are also useful as they give valuable and interesting information on the stage or race you are about to begin. Also, there are very small improvements during driving which make for a more immersive experience, such as drones flying over your car, realistic warnings along the tracks of a broken down or rolled over rival vehicle. And the realistic inclusion when driving in cockpit mode and the driver avatar taking his thumbs out of the wheel and placing them on top when going around corners which could cause damage to them. These small things all work together to make for a more realistic and enjoyable sim racer. 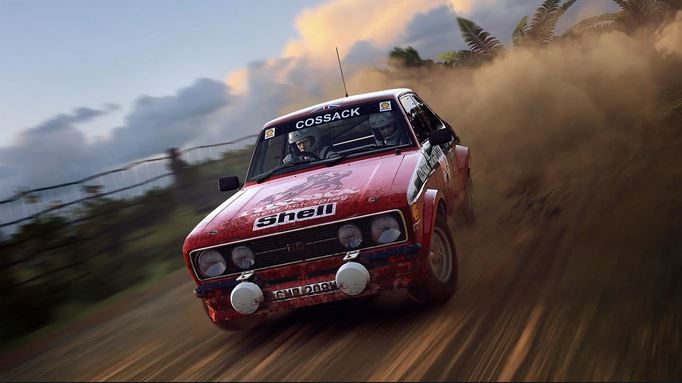 The biggest issue that Dirt Rally 2.0 faces in regard to its comparison to WRC is the obvious fact that WRC has the rights to use the World Rally Championship in its game. If used properly this could be highly advantageous to WRC as they will be able to use all of the cars and drivers in their game as well as present a wider variety of tracks as opposed to the aforementioned lack of track variety in Dirt Rally 2.0. Dirt Rally 2.0 does seem to be adequate to quench the thirst of both Rally fans and regular players for now, however if WRC can present a wider assortment of content it will easily be considered the superior racer. 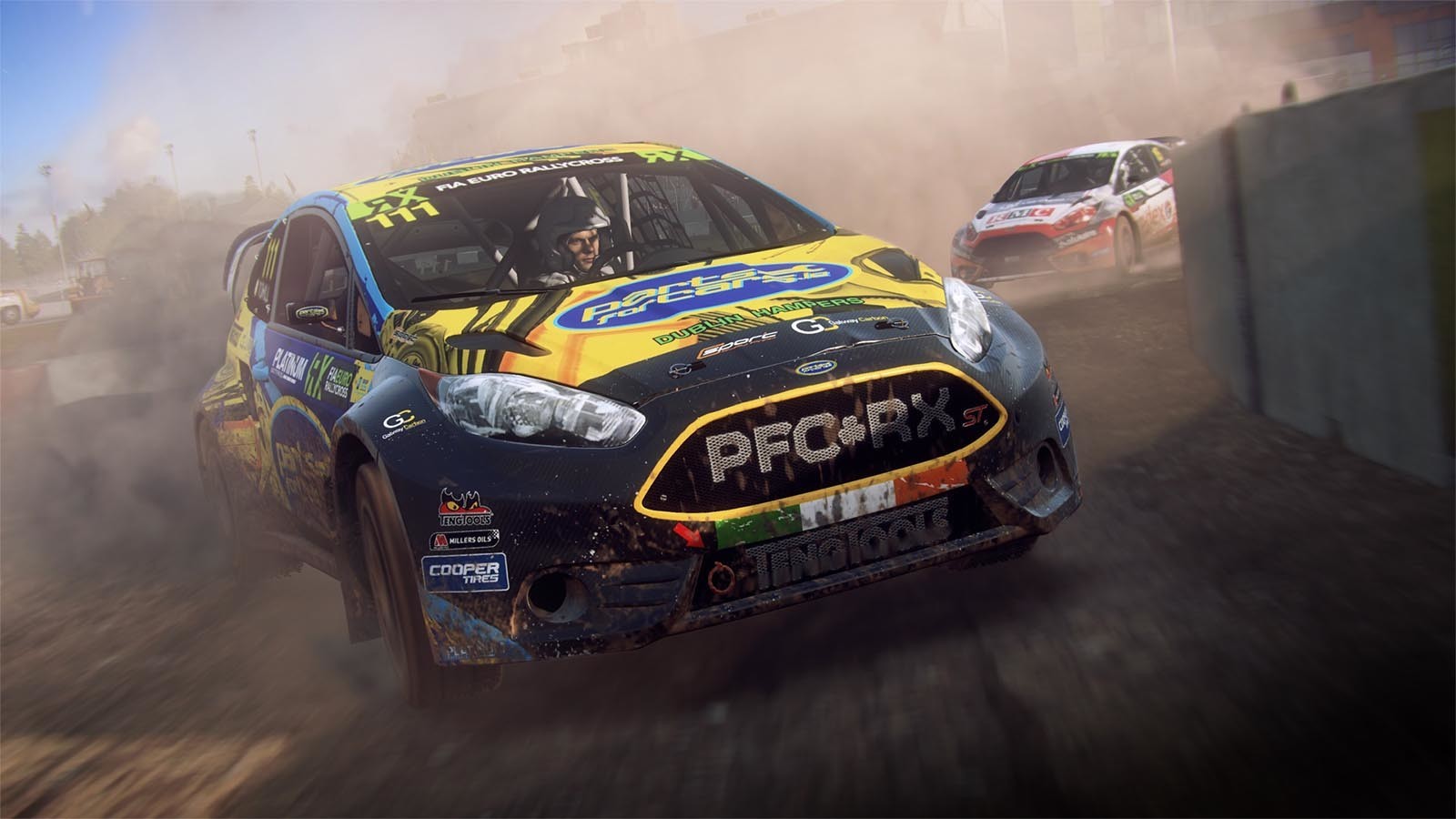 Dirt Rally 2.0 is an enjoyable and challenging sim racing experience, however despite certain exceptional aspects of the game such as the impressive gameplay, realistic racing elements and the thoroughly enjoyable and improved upon Rally Cross mode, there is simply not enough game here right now to allow this to be the definitive rally racing game. Although it may be enjoyable for the dedicated rally fan, the current lack of content may not be enough to keep the casual racer playing for more than several hours. 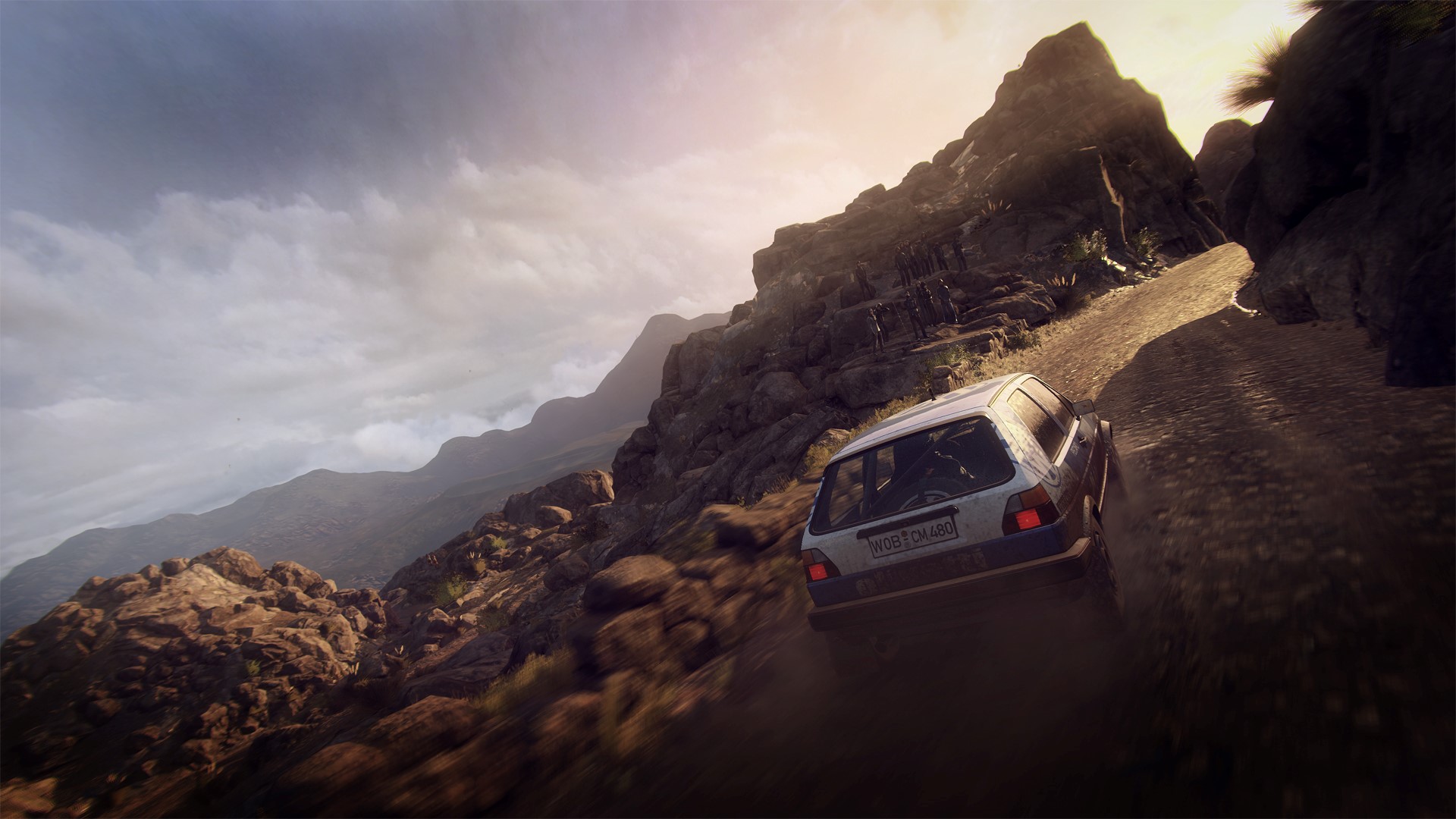