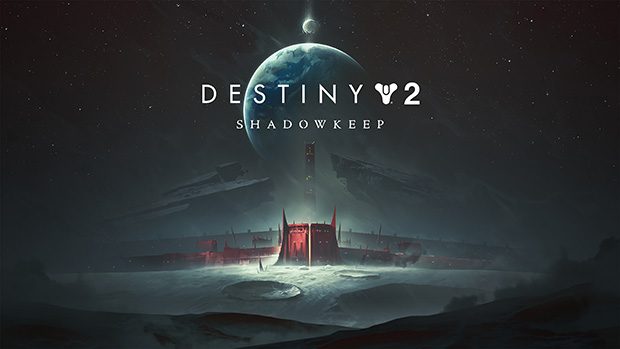 Summary: An homage to some enemies of old. Copious new features and content to match. This should keep us busy for a while.

The moon, once infested with Hive, laid dormant after the slaying of its god; Crota, back in Destiny one, for those unfamiliar. Now once again the moon has become active, Hive, Vex and nightmares of old fears, crawl upon the surface, threatening the safety of the last city once again. Do you dare return to places long forgotten to seek out and overcome these nightmares of old? Then come, dive into the depths of the Red Keep in Destiny 2‘s latest expansion; Shadowkeep. 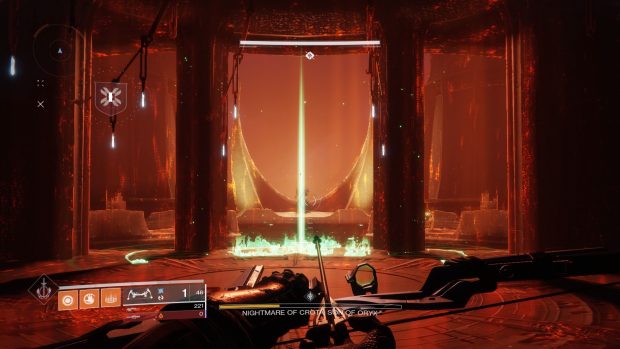 Shadowkeep returns players familiar with Destiny 1 to the moon, last time around it was in the Dark Below expansion. During that expansion players were tasked to, succeed with what Eris Morn and her then slain fireteam couldn’t do. Slaying the Hive God Crota. After this time and up to Shadowkeep, the moon has been relatively quiet. During the Red War or Destiny 2’s base campaign, as a result of the attack on the last city, Eris left for the moon Citing that there were stirrings from beneath its surface. It seems sometime after the events of Forsaken, Eris had encountered something dark and menacing. She called out to her friend and Warlock Vanguard; Ikora for help, who promptly sends the player to investigate.

Once there, the player encounters strange hive that do not seem like regular hive.  Coming across a huge crimson castle, that was never there before and a large infestation of these new hive. We assault the guards barring entry and venture in. Before too long we find ourselves standing in front of a dark pyramid shaped ship. One that many believe is a ship of the Darkness itself, the eternal enemy of the Traveler and its light. Attempting to press on however, we are blocked by some form of energy before being attacked by a nightmarish manifestation of Crota, son of Oryx. The very same we slew back in Destiny 1.

We are then rescued by Eris Morn and given the lowdown. The Darkness is causing the nightmares of the players’ past to come to life. Though they are not real, they have been made physical, their purpose is unknown, but it cannot be good. Team up with Eris and cast down these false iterations of defeated foes! 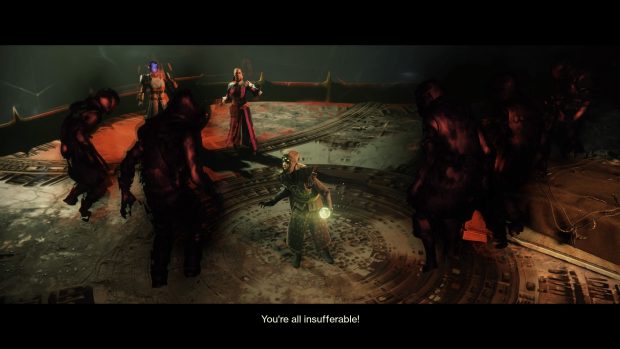 Gameplay is much the same, with balances tweaked here and there. Buffs given to some weapons and armor, with debuffs given to others. The newest addition to content, is the new seasonal rankings. Seasonal rankings have replaced the traditional leveling system, before the release of Shadowkeep, players would receive an Eververse engram with cosmetic items in it. Now, after Shadowkeep’s launch, the system contains ranks, as you increase in rank you earn different rewards. The base version of Shadowkeep will net you gear and items every level up to level twenty. After such time the rewards begin to space out a little, encouraging players to buy the digital deluxe to get the season pass at least. With the season pass acquired you earn a reward for every single level, in addition to the free player levels.

I feel this gives returning players much more reason to stick around and grind for the higher levels. At first the rewards are a mixed bag of good and average loot, but the further you progress (and here comes that incentive) the better the rewards get. For example, season pass holders get an exotic engram for free at rank twenty five, as opposed to free players who get theirs at rank sixty (which season pass holders also get). It all depends on how much time you think you’ll be putting in and whether you think it’s worth the increased price.

Another great addition to the core mechanics is Aritifacts, these basically grant you extra light level as you level them up. Separately to the seasonal rankings and earned at rank seven, the artifact is a neat little feature key to some of the higher end game content. As there are some enemies in these modes, that can only be damaged by one of the various types of mods earned through the artifact.

This also means that you don’t necessarily have to complete any of the high end, endgame content, like raids. This is because the artifact has no level cap, exp can be earned from anywhere and can level it up infinitely. A brilliant move on Bungie’s part, as it now means players like myself, who have a hard time finding enough willing players for Nightfall or the Raid and don’t trust guided games to give me the best experience, no longer have to miss out, or feel lesser because we haven’t done them. We can now boast the same light levels as these guys. That is a big selling point for new players and veteran soloists like myself.

New Light is also an interesting new addition. New players or returning players who create a new character now start the game by loading into the same first mission that Destiny one players began their journey on. Now obviously voiced by Nolan North and with ever so light tweaks to work in Destiny 2. The mission plays out like normal before sending you to the tower to begin your journey proper. You can then choose what content you wish to start with. You can jump straight into Shadowkeep, or you can play all previous campaigns. The beauty of this is that you’ll automatically start at 750 light level and will go up from there. Meaning new players or new characters have significantly more time to prepare for Shadowkeep’s endgame. I think this is a great little homage to Destiny one for players both new and old. 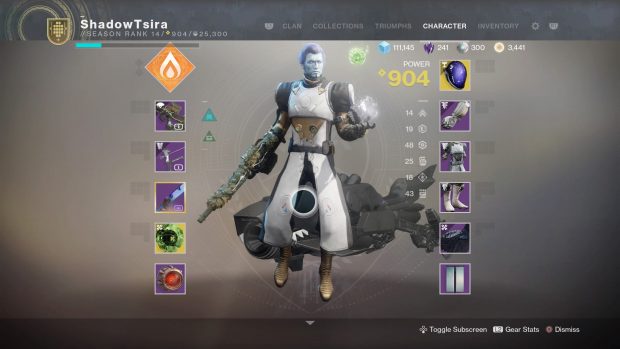 Graphics haven’t exactly changed much, but have gotten smoother, more details yet simpler too, somehow. I like the addition of all the ability categories on the player screen from intellect, to discipline etc. Being able to see this so easily, makes it that much easier to tailor my abilities the way I want. I also like that our sparrow is now featured behind us and our ghost now hovers over our left shoulder. These are simple yet nice touches on the user interface. Cinematics for Destiny 2 are as on point as ever and it’s great to see Eris in game again. She’s always been an interesting character to me, her design is very different, her personality and outlook are very different. Most people who’ve played or are familiar with Destiny 1, would know the story behind her appearance and demeanor. But if you don’t, do go read up on her lore please, I feel like she’s got more depth than the whole Vanguard together and I love Nathan Fillion!

I don’t know if it was a thing before, but being able to change gear right before a cutscene loads and have your new gear make in into the cutscene was fantastic. So many times in the past, when completing the main game or expansions, I’d always find myself stuck with the ugliest gear in cutscenes because it was my best gear at the time and I wasn’t expecting a cinematic or I couldn’t afford to change my gear in the middle of the final boss encounter. So whether this is a new addition or simply a new discovery for me, I’m really pleased with this.

The Darkness can present itself as anything and it almost taunts you. It doesn’t have to hide, nor does it have to show itself. It is power, absolute.

Audio is top tier as always, the Shadowkeep soundtrack is eerie and disturbing. Befitting the theme of nightmares of guardian history. The first time you play through some of these missions, especially areas where it’s so dark your ghost has to light the way for you. And even more so in the Pyramid towards the end of the story. Gunshots are muffled, your ghost delivers some excellent lines while being possessed by the darkness itself and the music sent shivers down my spine the first time I played it. If you immerse yourself in it enough, your pace slows down, you brace yourself in anticipation and press forward with caution. The fact that audio can change the way you approach a scenario, even once, means that the team did their job right. This won’t be the feeling for everyone, but it’s the feeling I got and I really enjoyed that.

Once again, we get to hear our guardian speak, which is great, I’m all for more scenes giving our guardian a voice. This time however, in the final cutscene, the darkness presents itself to us, in our own form and using our own voice. It’s a really eerie scene, where, if you project yourself onto the characters you make, like I do, even to a small extent. It almost feels like you’ve had your identity briefly stripped away. In this scene alone, both in audio and video, capturing the darkness hiding itself under a facade of our own look and sound makes the story stronger for it. Here is a being that has the ability to present itself as anything, here is a being that is power beyond measure. It doesn’t need to hide, nor does it need to show itself. It almost taunts you simply by being you. 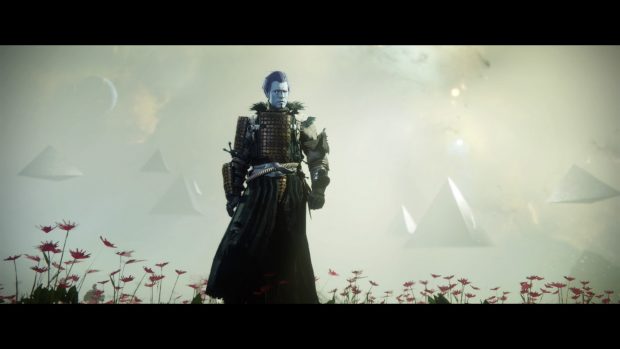 A week and more into it and I haven’t even done everything there is to do. Iron Banner is back, there actually is a lot to do. A lot of it is the same stuff as always, but there is now more incentive than ever to grind. Nightmare hunts are a neat new addition. It’s nice to revisit some enemies of old in new content and get some sweet loot along the way. There are so many ways to earn loot and with the pinnacle gear bolstering the powerful gear for increasing light level, there are more ways to level up faster. You can now essentially have an infinite refills of bounty, giving loads of exp to level heaps faster and get more light level. The artifact as I mentioned earlier is a great way to level up. As it doesn’t take insane levels of exp so bounties can level it fast and grant easy +1 to light levels consistently.

Shadowkeep isn’t cheap however and how much you put into it will determine how much you want to and will get out of it. The base game is $54.95 which for a stand alone expansion isn’t exactly cheap. The most value for money, based on what you can get out of it is actually the digital deluxe edition at $99.95. I think Destiny 2 is on the right path now that they’ve split from Activision. And I’ll be keenly watching their progress.

**All footage used, is from my own playthrough** 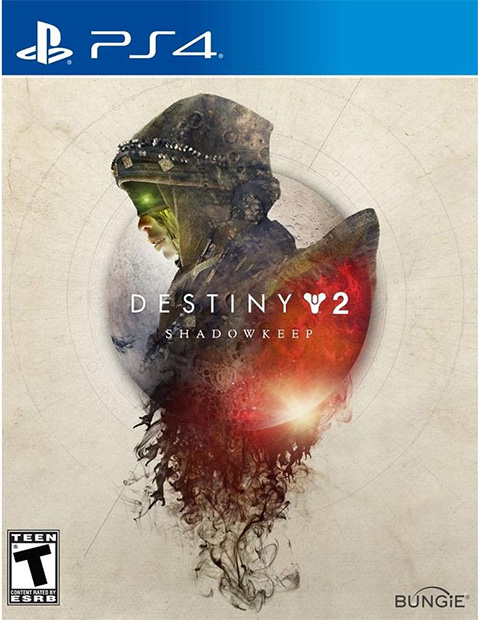