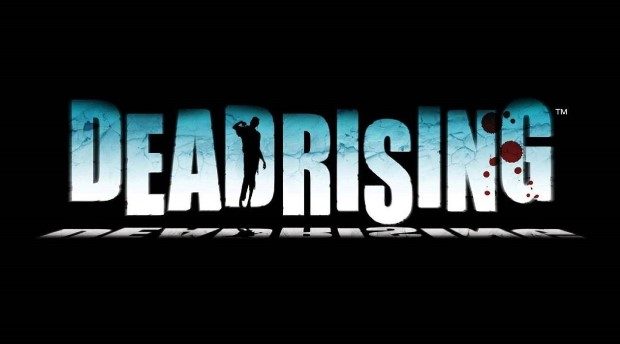 Summary: Dead Rising remains one of Capcom's most classic and ambitious games to-date, and the re-release is most welcome, even if a lack of new content or genuine remastering is present in the package.

Re-released in time for its ten-year anniversary on PC, PS4 and Xbox One, Dead Rising remains one of the most unique zombie-themed video games ever made and returning fans or newcomers to the series shouldn’t miss it.

Introduced at the start of the HD generation in 2006, Keiji Inafune and Capcom’s once unrivalled ambition led to a survival-horror beat ‘em up with a sandbox open-world environment. Along with high-quality cinematic cutscenes, multiple endings, a unique three-day timed mission structure and unlockable sandbox mode, it was unlike anything released before (until its sequels) and remains my favourite Dead Rising game to date. 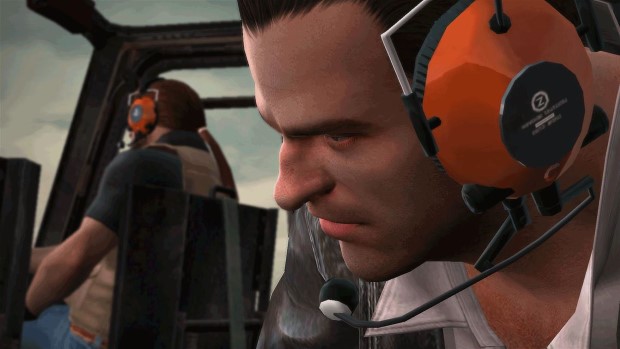 The anniversary port marks the first time the original Dead Rising is officially available on PC and PS4 as it was once a Xbox-only exclusive. On PlayStation 4 and Xbox One, the game gets a native 1080p/60fps spruce-up, while PC gamers can customise visuals a bit more with several options, including refresh rate (up to 1440hz) higher anti-aliasing (up to MSSAx8), texture filtering (up ANSIO x16) as well as shadows, frame-rate and V-sync. With the higher frame rate smoothing out the once demanding engine filled with hundreds of zombies on-screen, the game plays a lot smoother than when it first debuted.

Dead Rising is set in the small country town of Willamette, Colorado, in the midst of a zombie outbreak. Payers take the role of Frank West, an everyman photojournalist who sneaks into the small town via helicopter to get the scoop on the big story. The military have quarantined the town and the media has suppressed information about the outbreak, and Frank soon finds himself embroiled in a massive conspiracy. With Willamette Parkview Mall the only safe zone left, Frank and homeland security agents Brad and Jessie work together to find the culprits of the outbreak within three days, which is when Frank’s helicopter transport flies him out of Willamette. 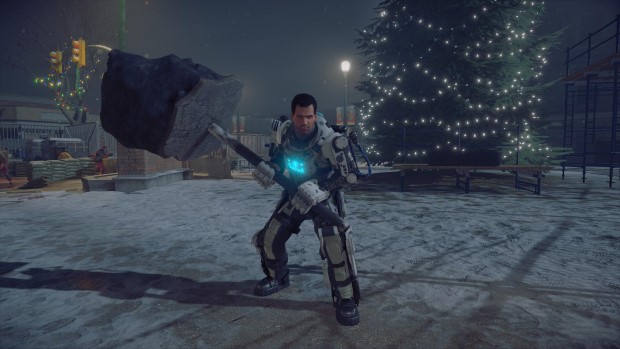 As Frank, the player is tasked with solving the mystery of the Willamette Outbreak by following key story beats and completing “Case Files” at their designated times to advance the main story in 72 Hour Mode. Every minute from the moment you gain control of Frank follows a strict timer (which passes by faster in-game), with the entire game set over three days. To succeed, you also have to memorise key routes and areas with powerful or useful loot to optimise your time spent investigating the case, killing zombies and exploring the mall. If you proceed through the main story as planned, you unlock Overtime Mode, which is the ‘true’ ending for Dead Rising and adds another three hours of gameplay to witness how Frank’s journey for the truth ends.

Alternatively, you can ignore every single case file and do whatever you want at your own pace; should you exceed the time allocated to the main story cases, you will fail and get a unique cutscene, but you’re free to continue playing until the three days are up as you see fit. The beauty of the original game was its multiple endings, which all differed greatly from one another rather than being shallow permutations. They encourage replayability to witness all of the content available, and this structure continues in its sequels. However, you may want to finish 72 Hour Hour Mode with the true ending to unlock Infinity Mode, which is essentially a true sandbox emulator with no story objectives and only one goal: survive. 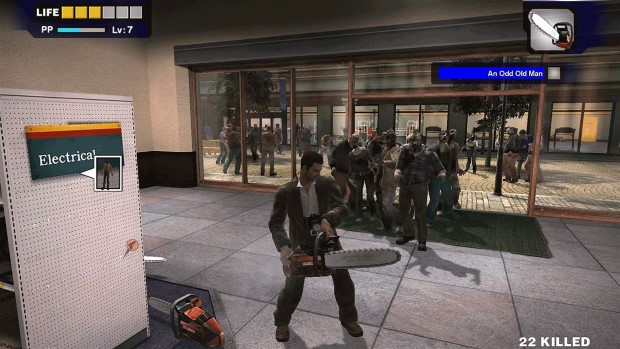 Gameplay in Dead Rising involves navigating the zombie-infested mall in third-person perspective, using whatever weapons and store goods Frank can pick up to kill the hordes, rescue survivors, and explore the shopping centre for unique clothing, items and weapons. There is an experience point system called Prestige Points awarded for every action. Levelling Frank up will unlock new combat moves and combos to fend off zombies, as well as boost his health, movement speed and amount of items he can carry. Zombies are often found in small packs and hordes of hundreds, and careful maneuvering and item management is required to get around the mall without being overrun. It can be outright terrifying at times, especially when you have to save survivors and escort them to safety while managing the clock and Frank’s own health, but surviving it all is immensely satisfying.

Being a photojournalist, the game also incorporates a photo system where you can take pictures of key events and general gameplay, with photos categorised into five different types. Some shots are required to proceed with the main case files, while snapping other moments reward large amounts of PP (for example, taking a dramatic photo of a couple reuniting, or an erotic photo of a scantily-clad survivor). A lot of this comes into play when facing off against the game’s psychopaths, who act as boss enemies. These are human survivors who have gone mad or are taking advantage of the chaotic situation; they offer additional challenges to players with varied A.I. tactics and the fact you often have to fight them while fending off zombies at the same time. Many of these bosses are just as iconic as Frank West (Adam the mentally unstable clown, Jo the corrupt lesbian mall cop, Cletus Samson the Vietnam veteran with PTSD) and are easily scarier than any undead threat you face. 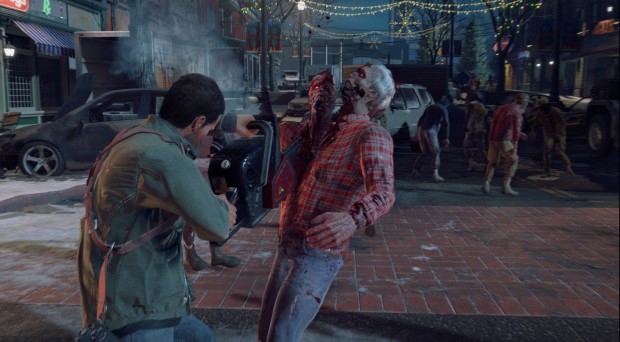 Combat in Dead Rising can only be summarised as classic Capcom beat’em up heaven in a sandbox environment with zombies. There are hundreds of different objects and ways to kill the undead hordes found within Parkview Mall: Firearms and blunt weaponry, household and sporting goods, and hilariously funny everyday purchases. All of these items are those you can within the shops. Switching between a trusty shotgun, a bowling ball and a toy laser sword certainly makes for some funny moments with an audience watching.

There’s a reason the upcoming Dead Rising 4 is returning players to the same sleepy town and in the same shoes of Frank West: The original game remains as playable and entertaining as it was a decade ago, and the story and its setting the most memorable. Capcom’s ideas were ambitious and their execution was slick; a sandbox environment with beat ‘em up gameplay and hundreds of weapons, costumes and crazy items to use in combat against hundreds of on-screen zombies? Unheard of in 2006.  Frank West himself is also one of Capcom’s most popular video game characters due to his average joe persona and quirky quotability. Who can ever forget his iconic quip, “I’ve covered wars, y’know?”

What made the game’s crazy storyline and its cinematic cutscenes full of government conspiracies, wasps infecting zombies and horrific psychopaths work so well was how serious the characters take the outbreak and the events. The dialogue and tone is undeniably survival-horror, with some elements of the B-movie horror tropes found in other Capcom properties like Resident Evil. Dead Rising’s brand of terror juxtaposes brilliantly against the hilarious ways you can kill zombies or human enemies during normal gameplay, like putting novelty masks heads on their heads, or filling the floor with oil and watching zombie hordes tumble all over some marbles. This craziness extended to the cutscenes as well; any costume you dress Frank in appears on him during the story, so you could be confronting a seriously scary psychopath in a woman’s dress or kid’s overalls, and they look about as side-splitting on an overweight grown man as they would in real life. You can bet it all still holds up today. 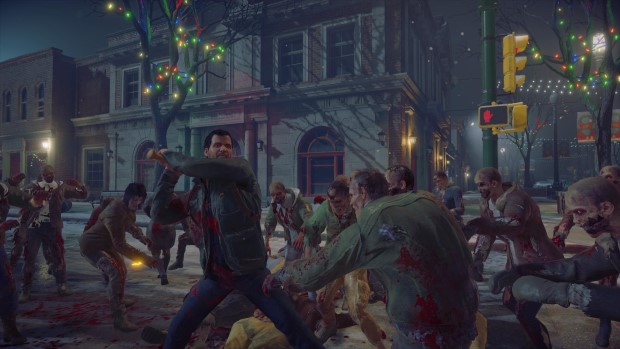 The one thing anyone buying this re-release should take note of is Capcom have added no new content or spruced up the visuals behind a clean 1080p resolution bump up in textures and 60fps engine upgrade, besides a few cosmetic costumes. It’s slightly disappointing given it would have been a great opportunity to truly remaster every facet of such a classic game.

Capcom created a very unique beast with the first Dead Rising – it’s a crazy horror story full of mystery, twists and turns and played very straight. The first game which still is my personal favourite, and the story of Frank West and Willamette, Colorado remains as genuinely entertaining and horrific (in a good way) as it was in 2006.

Combined with beat ‘em up gameplay and hundreds of different items to use against the hordes, the series’ best psycopath bosses and mall setting and a ton of endings and secrets, Dead Rising still holds up today for both newcomers to the franchise and returning fans like me indulging in some gory nostalgia.