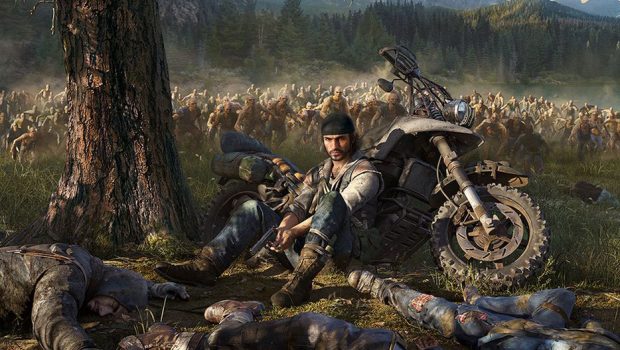 While I’m not the biggest fan of the open-world genre, anything survival-horror with an end-of-the-world backdrop – whether it’s an all-consuming virus, divine intervention or societal collapse – and I’m first in line to try it. Zombies, guns and sandboxes – doesn’t get old.

Many people, to my surprise, have scoffed at Days Gone and its brand of gritty story-telling and fast-moving undead – called Freakers. Maybe it’s the admittedly silly name swap, or maybe it’s just plain (and outrageous!) zombie fatigue. Whatever the case, I jumped in with a mixture of excitement and caution, and thankfully found the high-quality zombie slaying, survivor-drama experience I hoped for, only somewhat bogged down by choppy opening hours and recurring bugs. 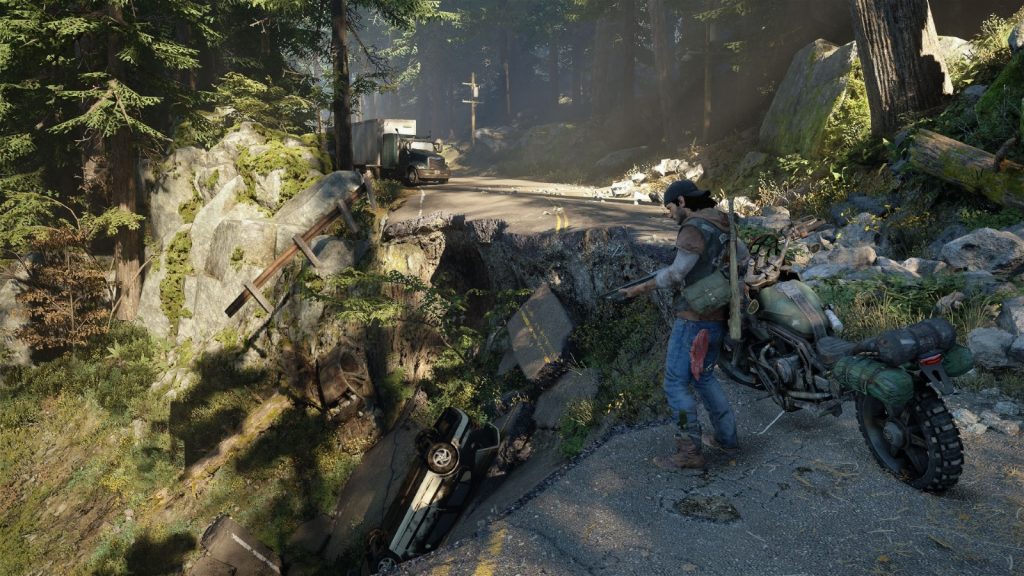 Days Gone puts players in the role of Deacon St. John, a gruff drifter turned post-apocalypse bounty hunter who is just trying to survive in the wilderness of Pacific Northwest America in the two-year aftermath of a global zombie epidemic. The unhinged Deacon, with best friend and fellow biker Boozer, live and breathe life on the road to forget his dead wife, Sarah, who was evacuated with the National Emergency Response Organization (NERO) and presumed dead.

The setting is your typical post-millennium zombie fantasy, with millions of fast-moving hordes flooding the country and infecting the living survivors who remain with frightening agility. After a grim flash-forward into the current situation, Deacon investigates a lead on NERO that suggests Sarah is still alive, granting him renewed purpose beyond aimless wandering. This helps foster the core gameplay formula, which should be familiar to any fan of cinematic open-world titles.

You control Deacon via an over-the-shoulder third-person perspective, driving and walking between human settlements and overrun Oregon to complete bounties and a large number of story-based quests (finding out what happened to Sarah, helping Boozer), side tasks (clearing out Freaker nests, raiding NERO camps) and general supply runs. While out in the world, you’ll need to be wary of the varying numbers of Freakers to ensure you’re not overrun by a travelling horde, which can number hundreds strong, but also human enemies such as the cult-like Rippers and the opportunistic Marauders. Deacon has a variety of ranged and melee weapons to tackle threats directly or stealthily, and you can also craft tools such as molotov cocktails, crossbow bolts and noise-producing bombs to get out of binds more creatively. Every mission and kill earns you XP, spent on unique skills that open up your survival fighting options further. 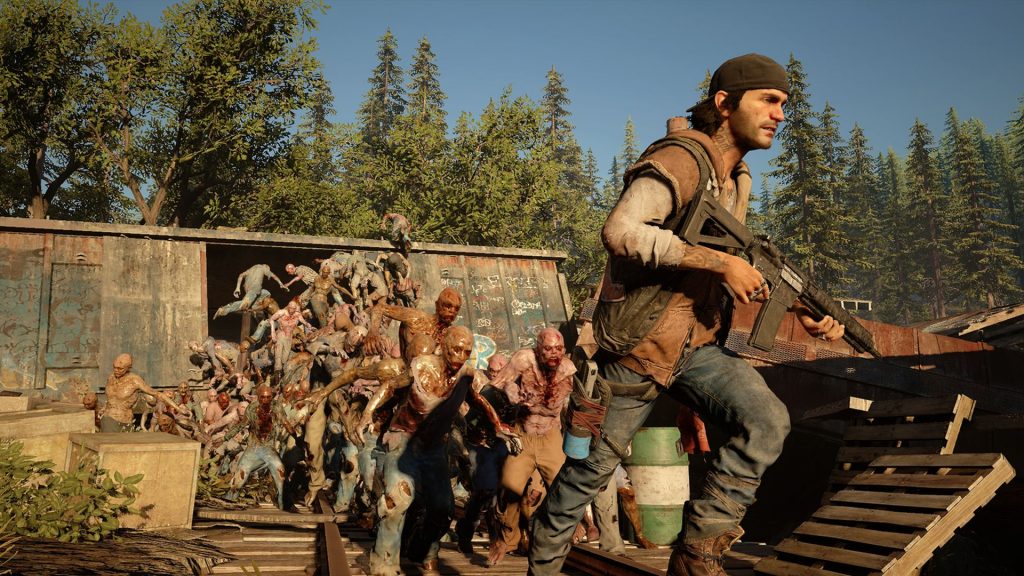 It’s fair to say Days Gone makes a rather awkward first impression in the opening hours. The premise, while compelling for any big zombie geek, takes some time to find its feet in the story-telling and presentation department. Inane dialogue and jarring transitions between cutscenes and gameplay make it feel like there were last-minute cuts, and the absence of decisions that affect the narrative, advertised before its released, is noticeable. There are too many moments where control is given, only to be questionably interrupted by a cutscene. Deacon, for all I could empathise, came across as both a muttering madman and wet blanket.

However, after the first five hours or so, Days Gone truly clicks. The moment-to-moment survival gameplay properly introduces its core mechanics, and combat encounters become more challenging. Weaving around hordes of Freakers, stealthily dispatching lone infected or hostile humans on-foot, then gathering enough clues to make a run back to your bike only to have no fuel and face an encroaching pack of zombies is a well-executed loop. The dynamic nature of Freaker encounters is very addictive, even separate from the quest design that forces you into these situations, and general exploration in itself is rewarding thanks to the beautifully designed and varied environments; the Oregon wilderness setting definitely stands out from the crowd.

As a package, the main missions in Days Gone are fun to play and held together by the quality of the writing and acting more than the tasks at hand. As the game unfolds, Deacon comes into contact with various survivor camps and helps their leaders complete a series of tasks, usually ranging from clearing bandit camps to saving a camp member, all to unlock trust with the community and credits to purchase bike upgrades and new weapons. There is repetition in what you need to complete, and a lot of strange bugs and loading transitions that bog down the general flow, but once you’re in control rushing around Freakers trying to survive, it’s easy to forget. The slow-burn approach to character development and world-building pays off with the mystery surrounding Sarah and the Deacon/Boozer dynamic growing more compelling as you get through the initial setup and start making serious progress. Missions offered by later survivor camps, populated by more interesting characters like Rikki and Iron Mike improve the flow tenfold, with some great voice-acting work and performances sorely missing at the beginning. 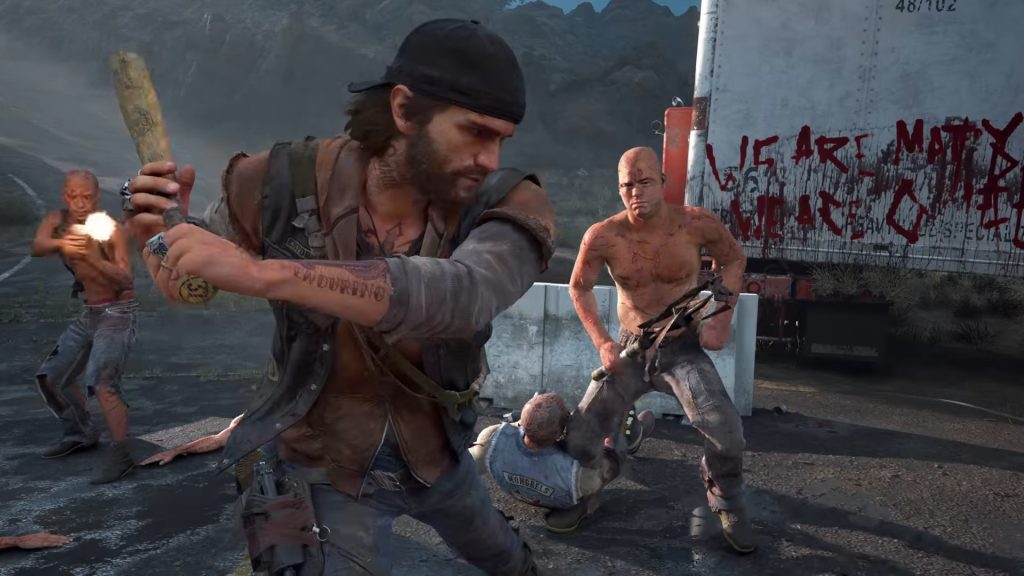 When you need a break from the story, there’s optional landmarks, side-missions, friendly survivor camps, hostile ambushes, locked-up NERO checkpoints with high-tech rewards, and Freaker nests to occupy your time. These would normally feel like unnecessary padding in other open-world titles, but the journey on bike and on-foot to get there is fun and thrilling. It’s clear mission design doesn’t break ground with the open-world formula or overall diversity, but the storytelling and strong survival gameplay loop keeps quests fresh and edge-of-your-seat.

The slower-paced gunplay and numerous approaches to tackling Freakers is one of the best parts of Days Gone gameplay, so it’s a shame the AI for human enemies don’t measure up. Many of the skills, split between melee, ranged and survival branches, also feel like filler between the good stuff. Still unlocking recipes to craft spiked baseball bats and scavenging sawed-off shotguns to decimate foes feels satisfying no matter the foe. Experimenting with attractor bombs to pull in Freakers and kill them in one go is an artform. Deacon’s motorcycle bike customisation is another element to manage in between missions, with better upgrades to unlock in between missions. Driving feels stiff at first, but becomes second nature after some fine-tuning – though the fragility of the bike and constant need to repair it and refuel may not sit well with everyone. I found exploring on-foot a lot more enjoyable, but the emphasis on the bike as Deacon’s pride and joy is by no means an afterthought. 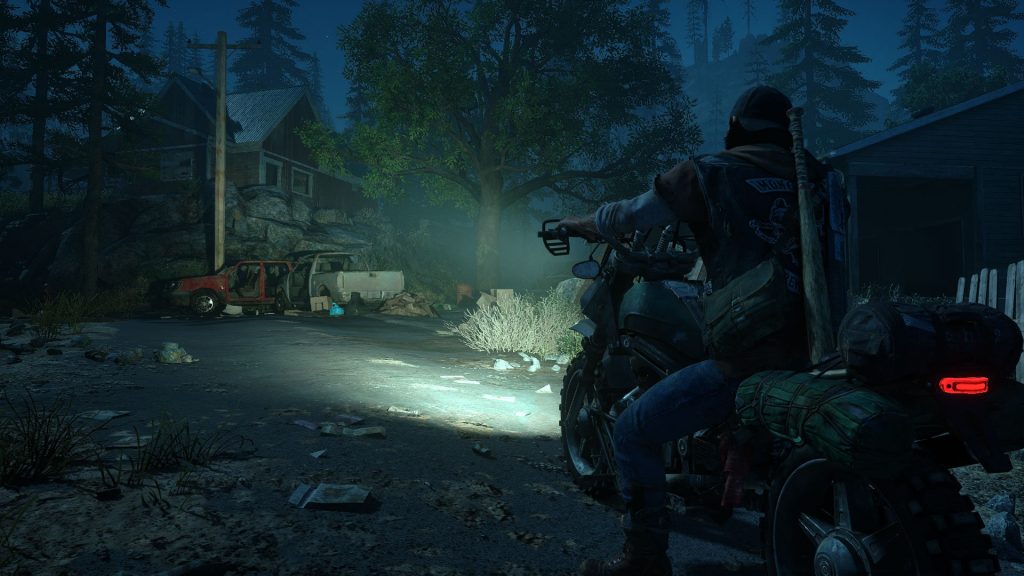 In terms of presentation, SIE Bend Studio has outdone themselves with Days Gone. The day-night cycle and dynamic weather system is truly a sight to behold while running around killing Freakers, the included Photo Mode makes each moment of action and each hand-crafted environment stand out ten-fold. The level of detail in character models, animations, voice-work and sombre tones, both within pre-rendered cutscenes and real-time, unscripted gameplay scenarios, is stellar. Early patches during my review period led to an unfortunate number of bugs including audio drops and texture pop-in, but this has been ironed out by the developer since.

Days Gone is a compelling post-apocalypse survival-horror title that will appeal best to fans of the open-world genre and all the tantalising horror scenarios that come with a zombie backdrop.

The game’s solid but standard-fare mission design is elevated by great storytelling, presentation and voice-work, and backed by an addictive core gameplay loop that gives players a large number of ways to dispatch or sneak around dynamic zombie hordes of varying sizes, with the inconsistent AI of hostile human opponents and random audio/texture bugs being some noticeable areas of disappointment.

In terms of first impressions, yes, it’s true that developer SIE Bend Studios’ first title does stumble around awkwardly. Stick with it, however, and you’ll get hours of high-quality, polished content that easily matches up to the best of the PlayStation 4’s exclusive catalogue this gen.