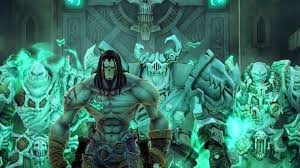 Summary: A below average port of an average game, Darksiders II's camera and graphics make for a mundane experience that did not age well.

Having recently re/played all of the Darksiders titles on the Switch and PS4, it’s unfortunately becoming clearer with each playthrough that this a series with woefully unrealized potential. It’s not that these don’t have their bright spots. Rather, a realization that all three fall significantly shorter than their action-adventure, role playing brethren. This becomes even more obvious with two of the three Darksiders being re-releases, watered down visually for Switch compatibility.

Thus, while some retro remasters can pull off a 7-year lag, Darksiders II is not one of them. Simply put: the genre has very much passed this series by. Whereas Darksiders III suffered from inconsistent and often randomly insane difficulty, the first from awful maps and monotonous, Darksiders II Deathinitive Edition is a victim of atrocious camera work and sub-standard visuals. These warts are ones modern games simply should not suffer from.

The camera in Darksiders II is so painful as to occasionally render the game unplayable. It doesn’t auto focus on enemies or environment, reducing most battles to holding down the left trigger (to lock on)…and hoping for the best. When swarmed this a maddening mechanic, as the camera will arbitrarily lock on to different adversaries, all the while getting bombarded by ones not in view. Even when facing a single bad guy, the camera will stupidly unlock, resulting in far too many cheap hits. Try as I might to look past the terrible camera, it’s an omnipresent issue that cannot be ignored. Why the camera doesn’t auto rotate to enemies based on threat (about to strike, closest proximity, etc.), is beyond me. Ditto for AI forcing enemies to stagger attacks to compensate for camera shortcomings. 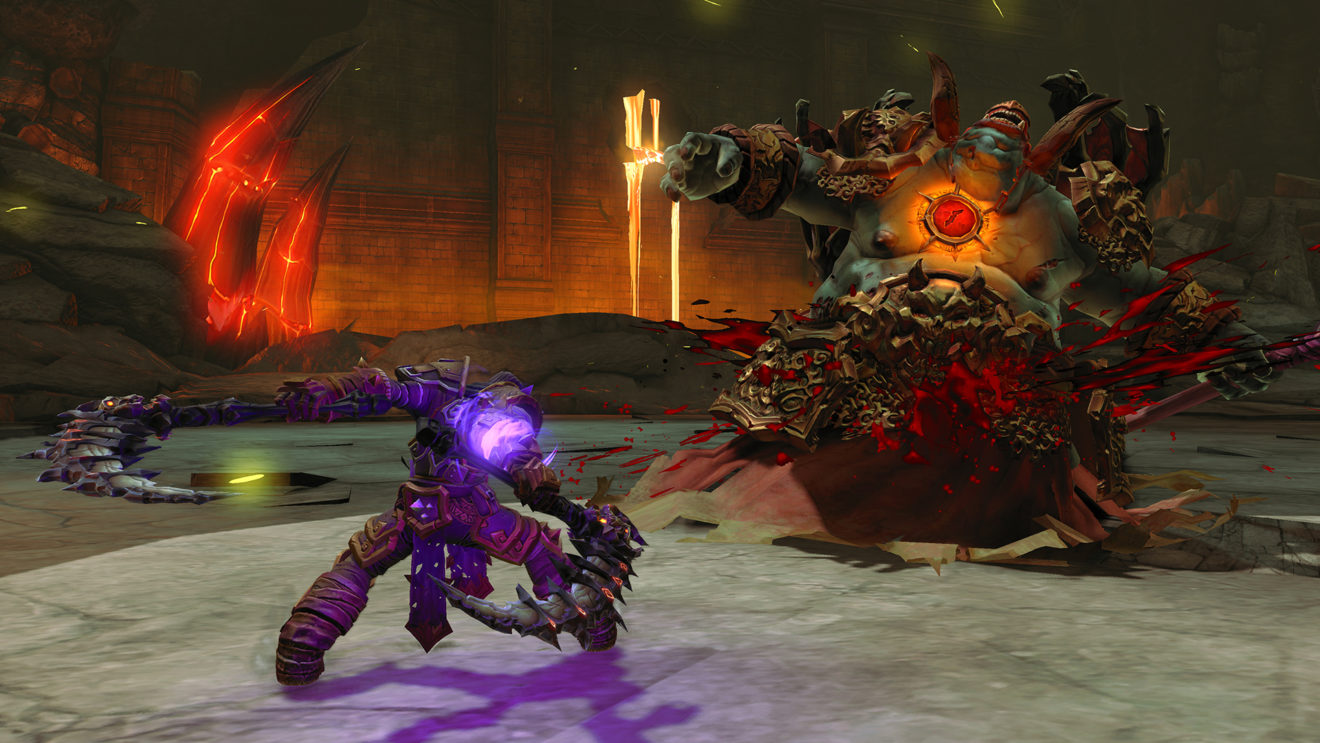 Similarly – and while Darksiders II for the Switch plays very smoothly and with limited load times (both of which plagued the PC version) – it does so at a premium visual cost. Graphics are significantly downgraded, making for difficult to discern interaction points and distances within environments. Expect to miss a lot of jumps, search a great deal for places to climb and/or strike, and get lost way too often. This same almost fuzziness appears in chunky enemies with almost no discerning features. In comparison, other titles looking to do the Switch port exercise swap high textures for a more cartoon or cel shade feel. This artistic and processing decision tends to work well and avoids these visual shortfalls.

Third, I can’t for the life of me understand why the four horsemen of the apocalypse are so, well, uninteresting. In all three Darksiders titles, War, Death and Fury never feel badass, instead reduced to hacking and slashing at overpowered hordes of enemies while solving mundane puzzles along the way. Scythe weapon animations are cool, but they mean little against basic dudes requiring dozens of strikes to wear them down. At least in God of War, Kratos always possessed a certain deadly panache, even at lower strength and weapon levels. In Darksiders II, Death is more like comatose, in execution. 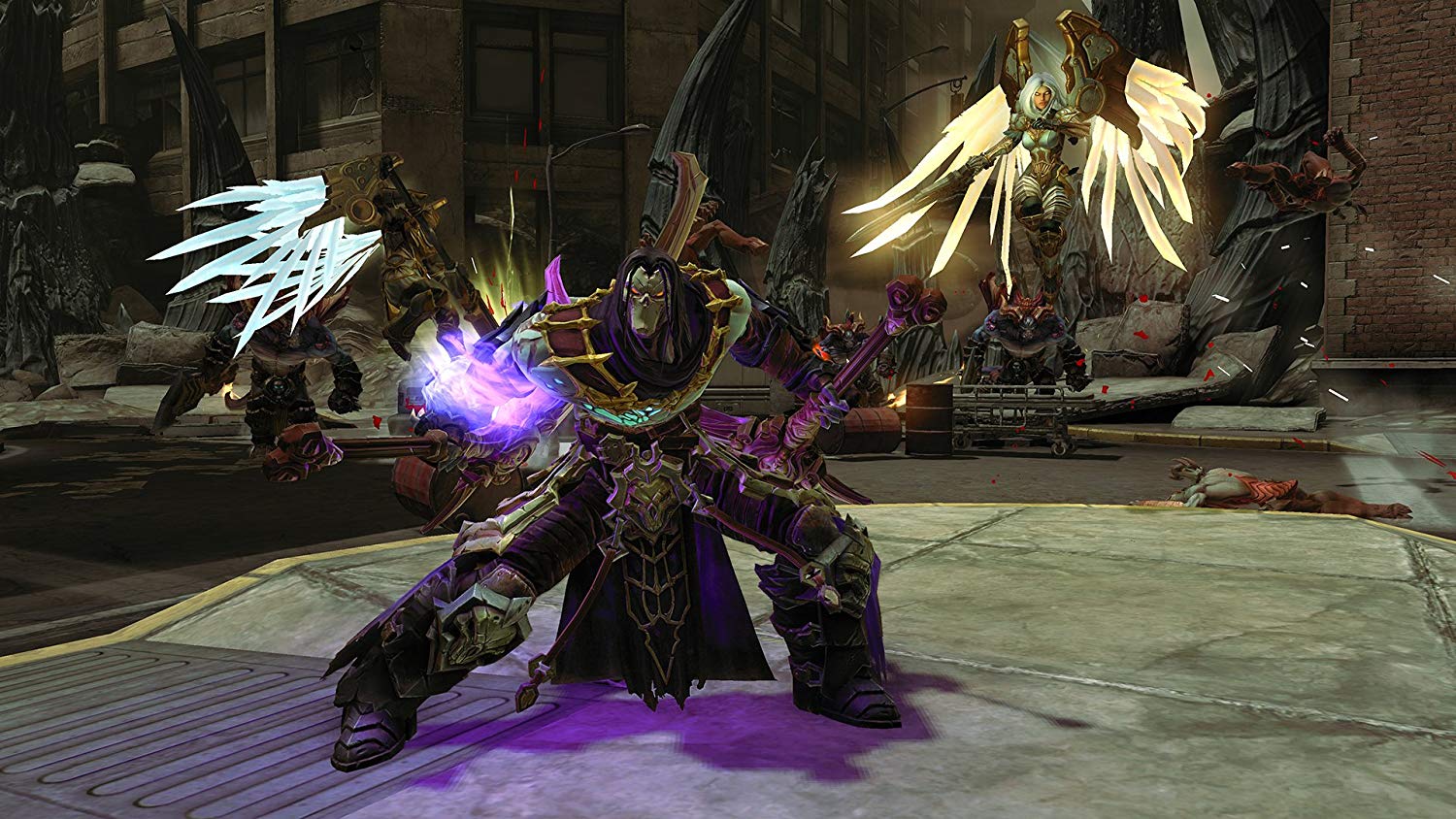 Finally, and even with much improved maps from the original Darksiders, they are still dull. Combined with poor graphics, an underpowered protagonist, and non-intuitive puzzle solving, Darksiders II quickly deviates into a boring experience. ‘Wow’ moments are so few and far in between, the allure to find them is minimal.

I offer the above not out of spite rather sadness. The premise of the Darksiders series is awesome, and Darksiders II Deathinitive Edition is no different. The horsemen’s battle to reluctantly save earth from the tyranny of the Charred Council is darn cool. Voice acting and music remain outstanding, even when visuals do not match. Moreover, Darksiders II features a welcome character leveling up and armor/weapon upgrade system, one that provides a fun incentive to take down optional, harder enemies for their XP and loot.

The biggest issue – per review opening – is this cannot be considered a good game by modern standards. It’s arguably tedious, features an impossible camera, and is visually unfortunate. While the Deathinitive Edition contains all of Darksiders II’s DLC, only a diehard will want to play this offering on the Switch and to completion.

Darksiders II Deathinitive Edition is a struggling port of a below average game. While it is better than its predecessor in some ways, the game’s wonky camera and generic visuals make for an often-frustrating experience. Only Darksiders loyalists will want to jump on this Switch port clearly showing its age. 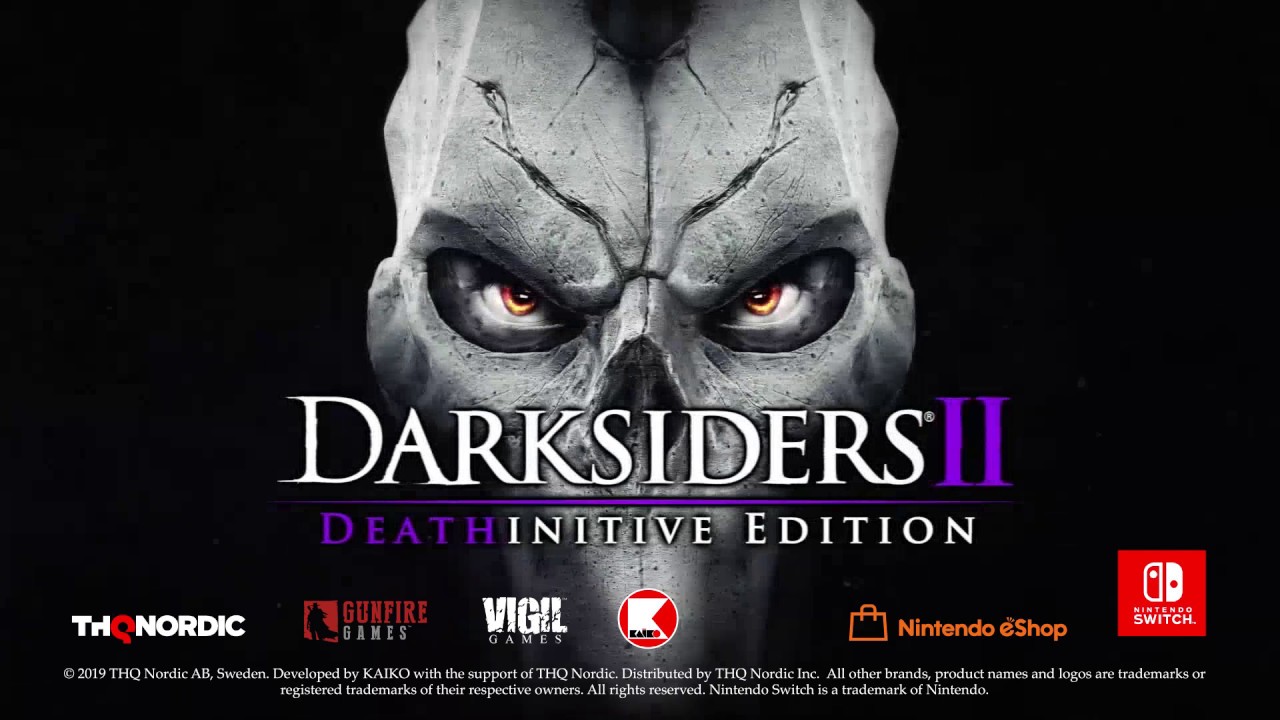