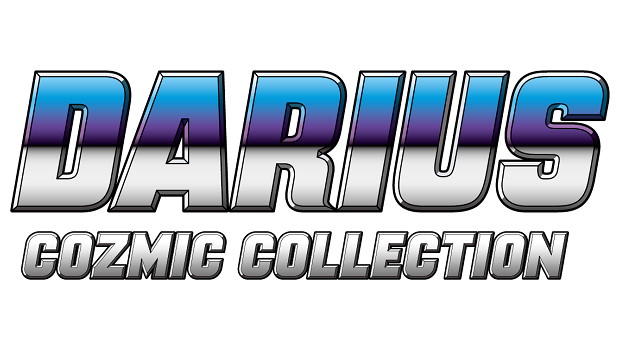 Summary: Take a trip down memory lane or view the evolution of a game series, fans of Darius prepare to get your fix!

Growing up we had a few arcade games available to us (until the dedicated arcade came to town, we had to rely on take away shops with a bar top arcade unit or a couple of standing arcade units at our local rec center). I mostly remember Double Dragon, Street Fighter, 1942, Gradius, Galaga (I actually remember Moon Patrol as well but that would just date me even more). In a way arcade games and console games fall into a similar debate about “The Beatles” or “The Stones” (ok so that may date me more than Moon Patrol). The point being, there were many games but a lot of them were variations on a theme. Whilst I was more familiar with Galaga, 1942 and the like… other people might have been more familiar with Darius and arguably a similar experience was had by both. 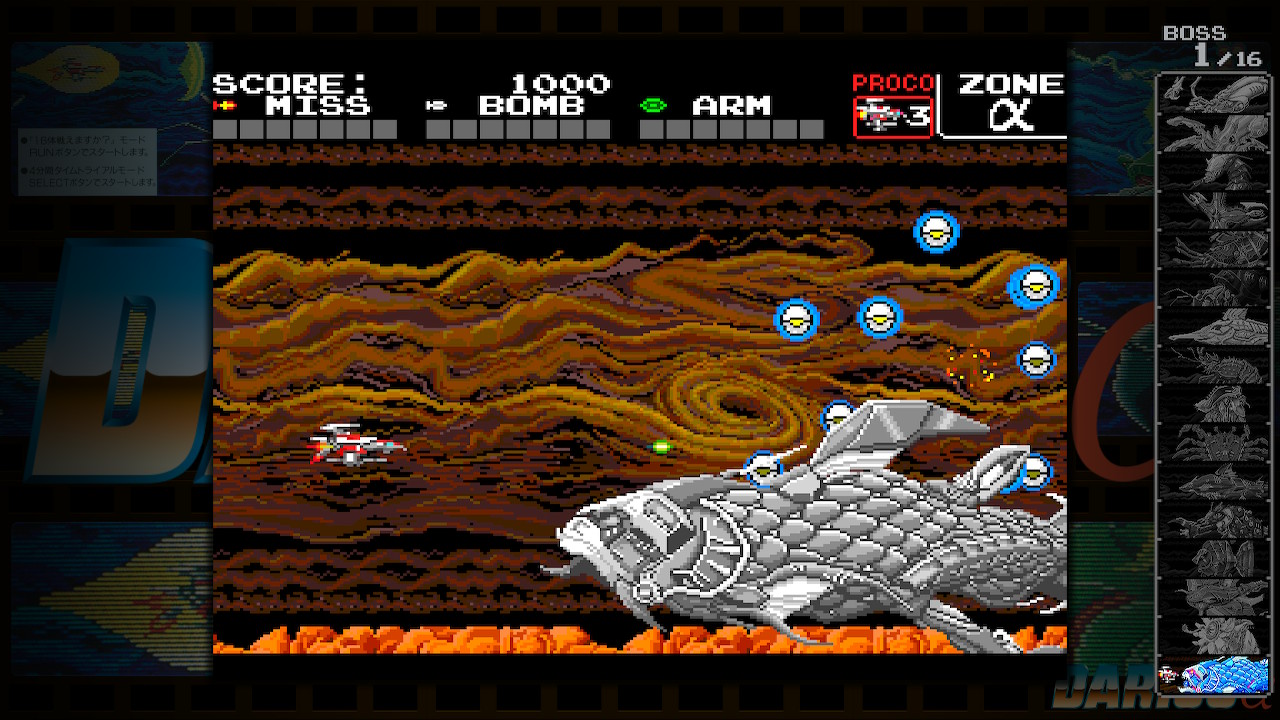 So for anyone who was a fan of Darius (or even just the Shmup genre) I have some good news for you… you can get the arcade or console collection now and play to your hearts content.

The general gist of the games is that you must pilot your ship in a horizontally scrolling landscape and eventually will end up battling giant aquatic themed bosses. Some of the familiar tropes are in full effect here: start with a basic ship, unlock powerups as you go, loose said powerups when you loose a life, attack formations coming at you and spraying the screen with bullets. But what helps Darius stand out from many of the other similar titles is that you do actually get to “Choose your own adventure” to an extent, by way of selecting which direction to head in at certain points. This helps give the games a bit more longevity and can also help break up the scenery a bit for a change. 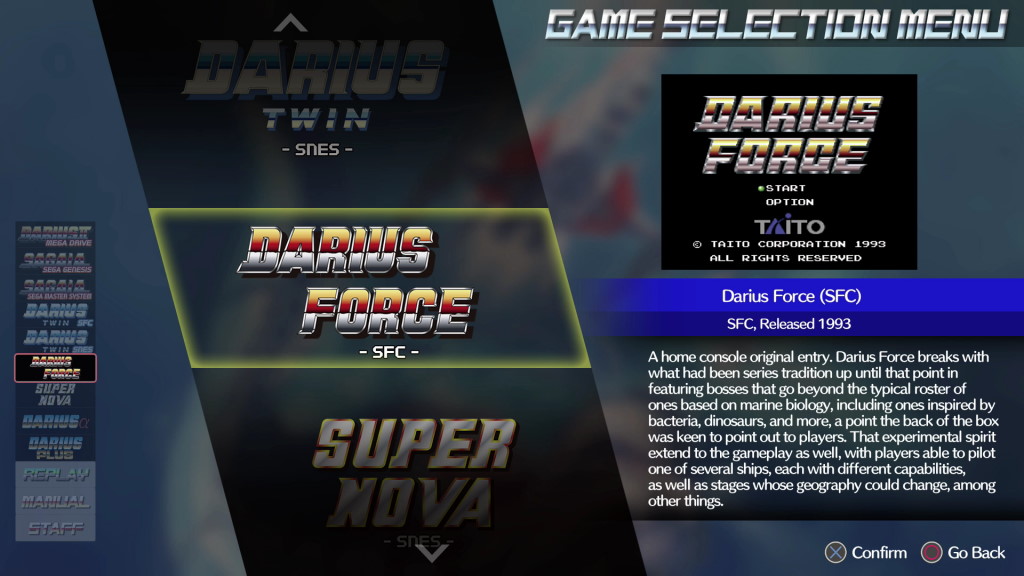 The first thing I noticed upon firing up the games (I started with the arcade collection) is just how similar the front end was to MAME or similar emulator programs, this is handy for those familiar with the front end… but could also make it look a bit less polished than might be desired for a retail game. The next thing that will stand out here is the usage of the screen. This one is a bit tricky because the original games were typically played on screens with a more squared aspect ratio (the familiar 4:3) to our lovely widescreen tvs we use today. What this equates to on a modern screen is the center portion being used and then the rest of the screen being padded out with background “wallpaper”. But… the visuals and the audio will likely transport you back to your local arcade or whichever room (or friends place) you had the console set up in because there haven’t been any changes here, this isn’t the “hyper resolution, remixed, enhanced” version… this is just bringing the classic games back to your screen so you can play them over and over again (without having to spend all your coins in the process). 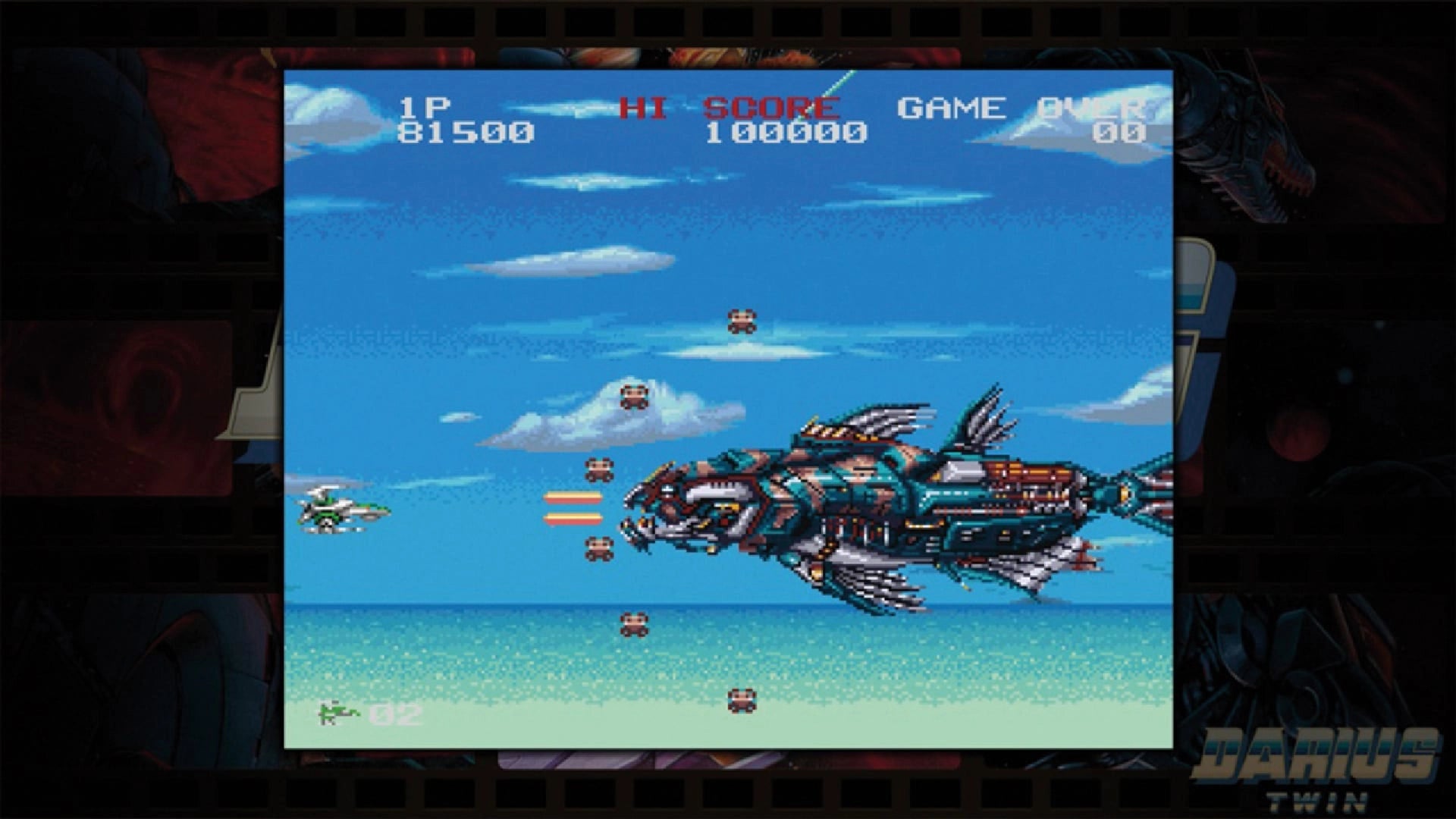 There are a few modern touches mind you… the ability to record your run and upload for others to view, or to download their runs so you can pick up some pattern tips etc. Scores can also be uploaded so you are no longer restricted to just playing with a mate or sibling in the same room (though you can do that)… you can try and beat players scores from around the world. 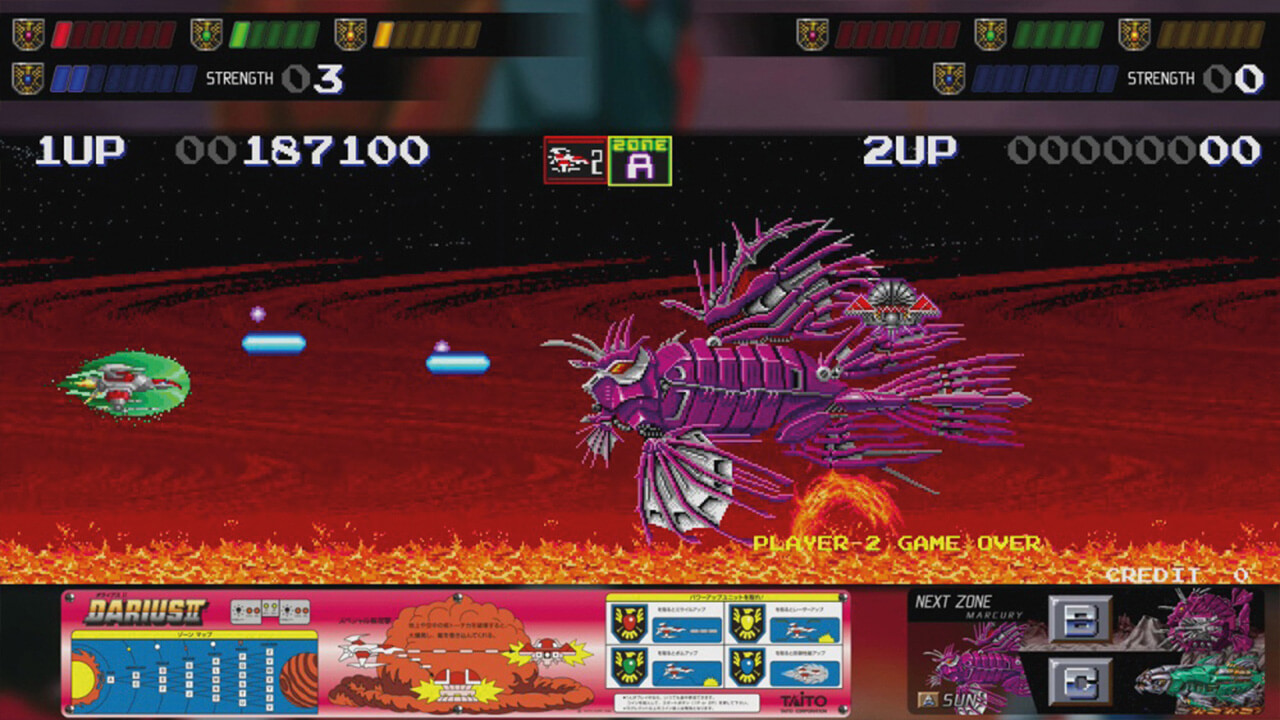 Overall, if you are a fan of retro gaming, especially if you were a fan of Darius then this may well be just the right fix you have been looking for. In terms of buying the collection… that may be a bit trickier as you can choose either Arcade or Console… not both… well you can choose both but you will be buying two separate collections rather than one. So I would suggest if you had a preference or if you have experience I should say with one over the other… go with what you know. Or if you are feeling like throwing money around then by all means get both. A worth while trip down memory lane!