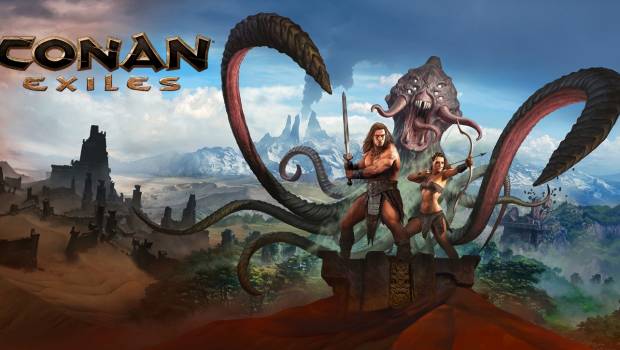 Summary: Conan Exiles is a truly addictive and enjoyable open-world survival game that has me hook, line and sinker!

Channelling its inspiration from the legendary mythology of Conan the Barbarian which was created by the late Robert E. Howard, including elements from the film of the same name which starred Arnold Schwarzenegger comes CONAN EXILES for PC, PlayStation 4 and the Xbox One (reviewed). Dubbed an open-world survival game, CONAN EXILES is firmly set in the world of Conan and successfully brings this universe to life that can be played alone or online with others which has been meticulously created. It also allows you to live your badass barbarian dreams of being a kick-ass warrior! 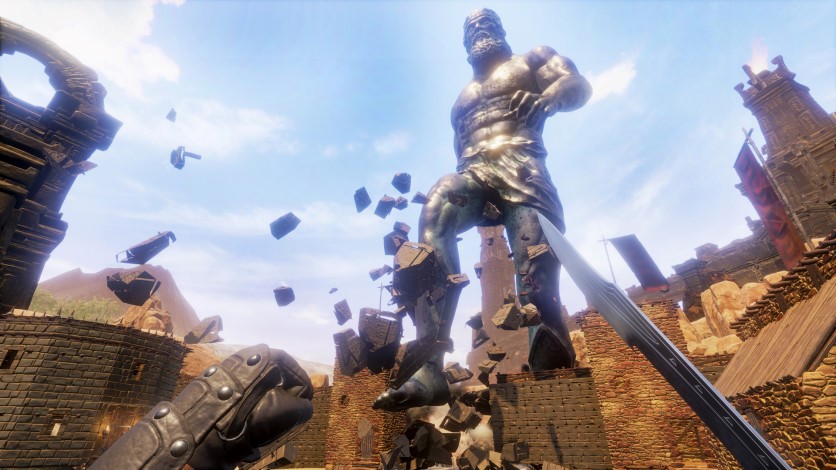 Thankfully this game works and the attention to detail, including what your character can do is quite impressive and developers Funcom should be commended on their achievement. Sure, there are some graphical glitches here and there but they succeed in creating an interactive world and one that celebrates the spirit of Conan with some fun crafting mechanics thrown into the mix. If you think of an adult version of Minecraft meets RPG, that’s pretty much what Conan Exiles feels like, although with more realistic graphics, not to mention nudity that can be turned on and off. However to preserve our artistic integrity and to cover all facets of this title, we did enable this feature which allows you to tweak… uhm… certain elements. 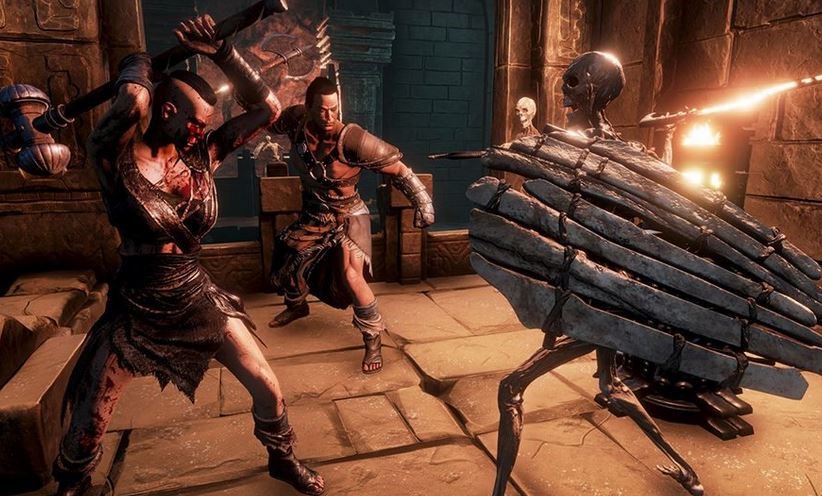 Before jumping into the world of Conan Exiles, you must first create your protagonist which includes gender and appearance, not to mention certain tweaking of your naked Avatar as mentioned. If you read Conan in the books or comics or watched the films, the world of Conan is quite sexualised and Funcom definitely incorporate a touch of this element into this video game. So once your character has been created, you find yourself nailed to a cross… crucified to be precise. However fortunately for my Cimmerian female warrior, her fate is spared when Conan frees her. Left naked and literally left to your own devices, you must start your journey to build your own kingdom. 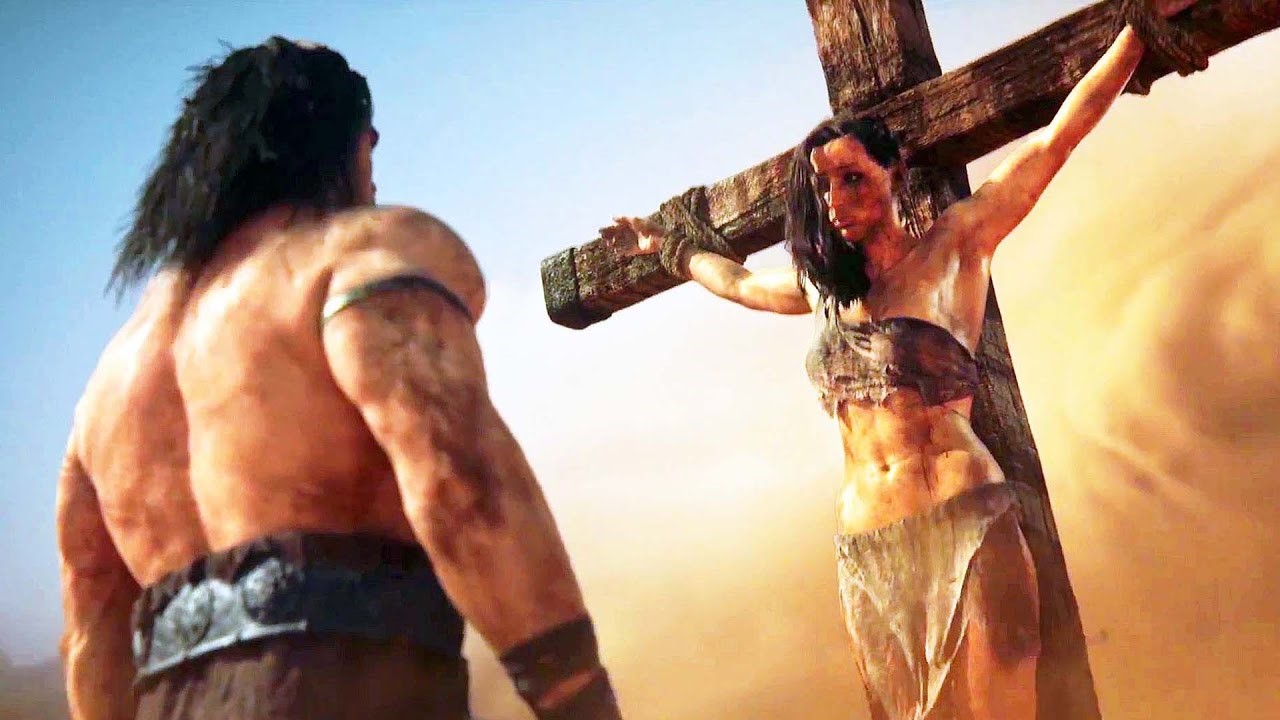 The first part of the game serves as a tutorial and although I didn’t have the luxury of a manual, I had to work out what was needed for my character. This faux-Tutorial gives you certain tasks to achieve like craft clothing and weapons, create a bedroll to sleep and find intelligent life. So after I bumbled around for a while as my naked warrior beat up a few other exiles and creatures, I started to craft and this is where the game comes into its own. By engaging in crafting, exploring and killing, this will allow you to level up in order to fine-tune your statistics and your crafting ability… not to mention build your own little (or big) kingdom. Needless to say, my shelter came in handy at nights. 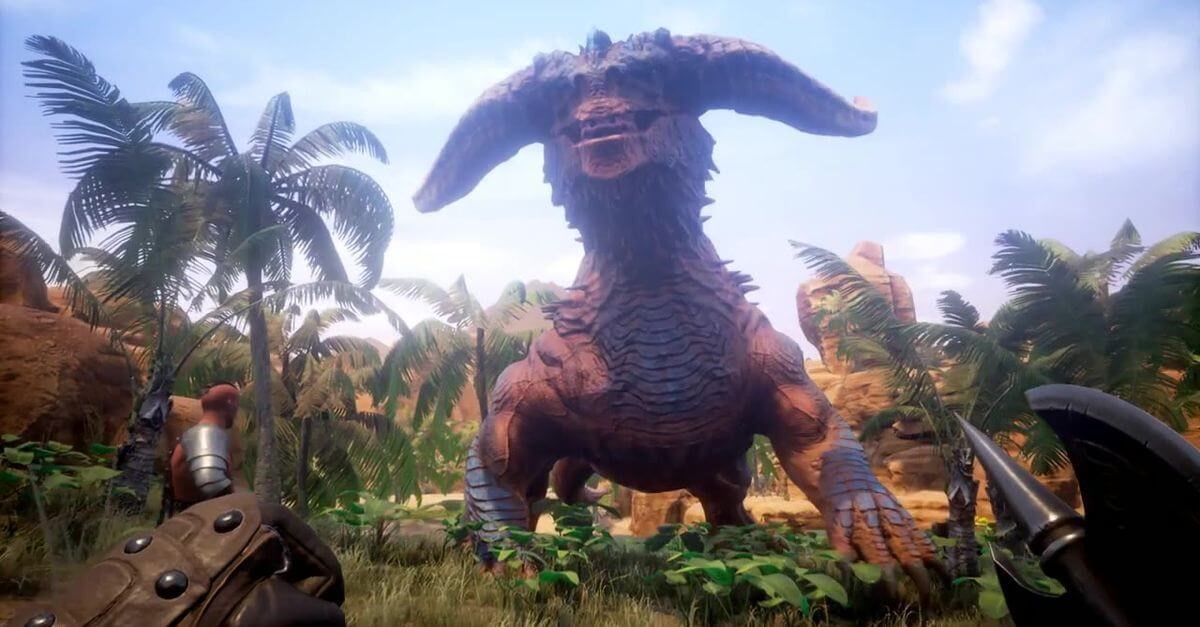 Even though I became frustrated at times, this is a survival game and the title does a great job at throwing you into the deep end and to succeed in Conan, mastering the menu is a must, followed by crafting. There’s also plenty of things to pick-up along the way which had me pressing X quite a bit as I collected bugs to eat, leaves to make clothes, sticks and stones that allowed me to mine rock that in turn allowed me to create items such as a pick-axe. You also need to eat and drink and when my character was injured, she did try to eat human meat that resulted in her being poisoned.

So as my days turned into nights and I became a junior barbarian, I started to understand the mechanics of the game as I crafted better items, created by own shelter out of stone and then weapons that even Conan himself would have been proud of. Even though I had my own shelter, I was still a small fish in a very big pond and exploration is another enjoyable element of this game as I ventured forth in order to find better materials to craft my items, even climbing mountains. 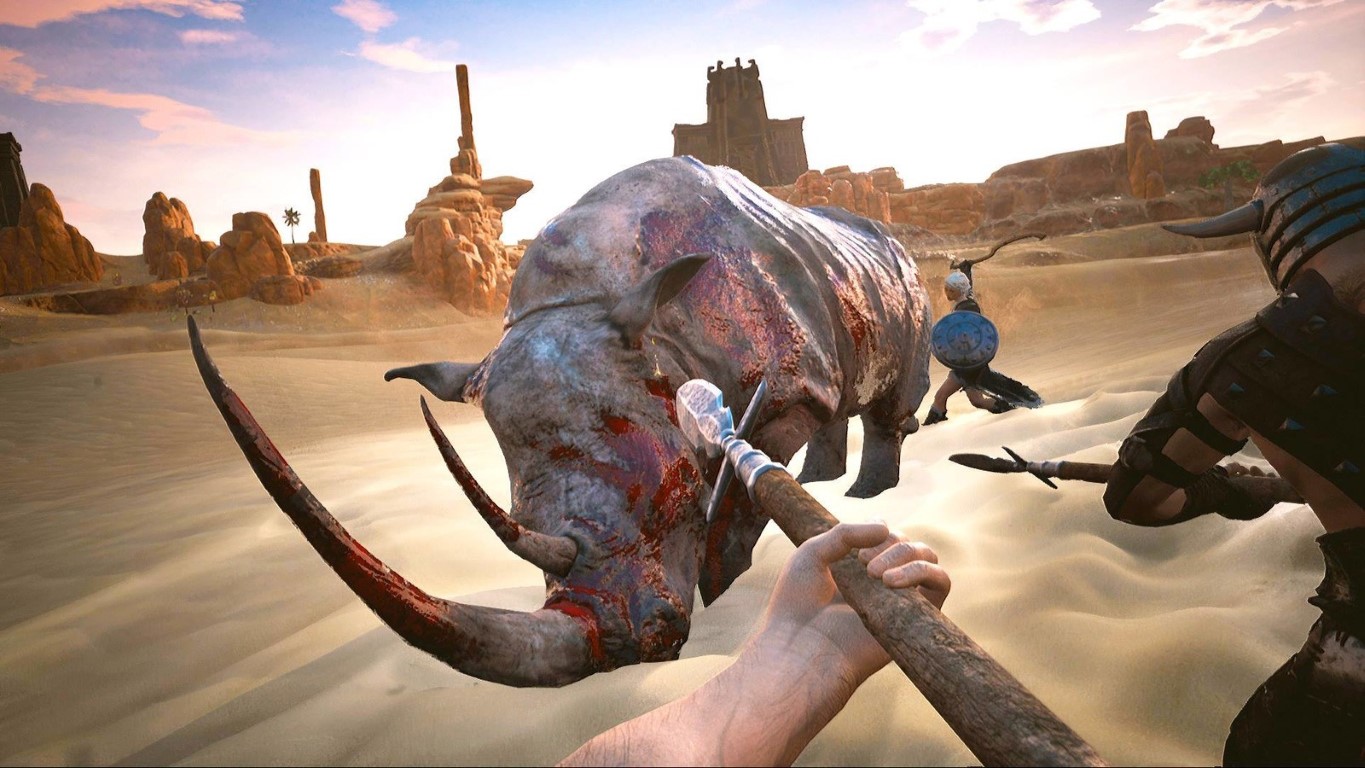 However throughout my travels which are no way finished, I encounter a plethora of enemies and although Conan Exiles has the mechanics to interact with others, I often found my encounters ending in blood shed. The combat system works well and the developers add a plethora of different enemies which increased my overall enjoyment. Needless to say, there’s plenty of see and do in Conan Exiles and although this game is not made by a Triple A company, it has this unusual and addictive charm that really makes you forget about time as you become fully engrossed in this experience.

As mentioned, you can play Conan Exiles with other players online, including the option of joining a safe server (e.g. no player killing) or one of pure chaos and mayhem. The multiplayer option was fun and we had no issues with servers, although I was always brought back to single-player as I wanted to build and build without unnecessary interruptions. Nonetheless, it’s nice to jump between single player and multiplayer to jazz things up and the more you push yourself in Conan Exiles, the more rewards will be given to your character. All in all, this is one fun open-world survival game that I’ll be playing for a considerable amount of time.

Graphically, Conan Exiles initially looks amazing on the Xbox One X. However as you play, certain bugs come into play like how unusual it looks when your character swims or you can lure your enemies into the water and they just stand there, while you hack them to pieces. Or they may follow you into the water and then just stand underwater. However the level design is quite decent, including the areas that you visit, the lighting effects and character design but the animation is a mixed bag and at times it was like my character was floating as she attempted to climb large rocks.

While the graphics are a mixed bag, the soundtrack is brilliant and is very reminiscent of the original Conan the Barbarian film which really gets your adrenaline pumping. Voice acting however is a bit of a hit and miss and more on the clichéd side. Yet somehow all this works with the gameplay that kept (and still is) drawing me back time and time again.

Conan Exiles may not have the budget and finesse of those Triple A games, however at the end of the day, it is a decent open world survival game. The inconsistences with the gameplay and at times buggy graphics can be forgiven because it has charm and more importantly it successfully draws you into the world of Conan as you build your own Kingdom in an attempt to make your own mark in this godforsaken world. 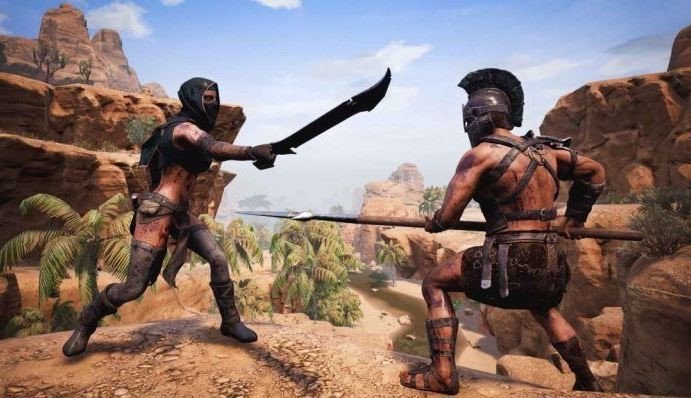