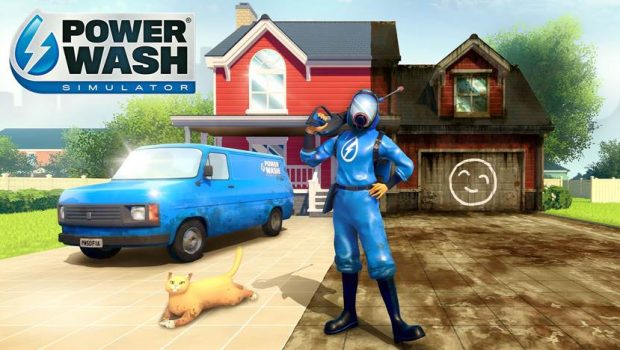 We’re back and we’ve got more games to announce (act surprised)! Some are available on day one, some are returning fan favorites (looking at you Yakuza!), but most importantly they are all coming soon (yes, even “today soon”). Let’s jump in!

Last Call BBS (PC) ID@Xbox
Available on day one with PC Game Pass: Boot up your Z5 Powerlance and dial into Last Call BBS, the last game from Zachtronics! The Barkeep’s loaded up his retro computer with a full set of puzzle games for you to download and play. No need to worry about copy protection, they’re all fully cracked and ready to enjoy.

Yakuza 0 (Cloud, Console, and PC)
The glitz, glamour, and unbridled decadence of the 80s are back in Yakuza 0. Play as Kazuma Kiryu, a low-ranking yakuza, who gets caught in a world of trouble when a simple debt collection goes wrong. Then, step into the silver-toed shoes of Goro Majima and explore his “normal” life as the proprietor of a cabaret club.

Yakuza Kiwami (Cloud, Console, and PC)
1995, Kamurocho. Kazuma Kiryu, the Dragon of Dojima, takes the fall for the murder of a crime boss to protect his sworn brother, Akira Nishikiyama, and his childhood friend, Yumi. Experience the story that kicked off the legendary Yakuza series, with all the drama, action, and hilarious minigames you’d expect.

Yakuza Kiwami 2 (Cloud, Console, and PC)
An assassination threatens to erupt an all-out war between the Tojo Clan and the Omi Alliance. Kazuma Kiryu, the Dragon of Dojima, must travel to Sotenbori, Osaka to broker peace between the rival clans, but Ryuji Goda, the Dragon of Kansai, will stop at nothing to get his war.

Matchpoint: Tennis Championships (Cloud, Console, and PC) ID@Xbox – July 7
Available on day one with Game Pass: Matchpoint: Tennis Championships is a modern take on tennis, featuring a true-to-life on-court experience supported by a deep career mode and unique rivalry system. The game places a strong focus on tactical realism, positioning and aiming, allowing the player to move their superstar in exactly the right way to get the most out of their shots.

Road 96 (Cloud, Console, and PC) – July 7
On this risky road trip to the border, you’ll meet incredible characters, and discover their intertwined stories and secrets in an ever-evolving adventure. But every mile opens a choice to make. Your decisions will change your adventure, change the people you meet, maybe even change the world.

Escape Academy (Console and PC) ID@Xbox – July 14
Available on day one with Game Pass: You’ve just arrived at Escape Academy, a school where promising students train to become the ultimate Escapist. Play over a dozen masterfully hand-crafted rooms, designed by experienced experts in the field of real-life escape rooms.

Overwhelm (PC) ID@Xbox – July 14
You’re outnumbered, low on ammunition and the paranoia sets in. Overwhelm is an action horror-world platformer where enemies get power ups and you don’t. Explore the oppressive caverns of the hive, guided only by a sparse map. As you defeat each of the five unique bosses, their abilities get distributed to the enemies of the world with escalating difficulty.

PAW Patrol The Movie: Adventure City Calls (Cloud, Console, and PC) – July 14
A big city means a bigger adventure! When Ryder and the PAW Patrol learn that Mayor Humdinger has taken over a buzzing metropolis, they must race into action to save Adventure City from his selfish scheming. The pups need you to join Team PAWsome!

PowerWash Simulator (Cloud, Console, and PC) – July 14
Available on day one with Game Pass: Release the pressure with PowerWash Simulator and wash away your worries with the soothing sounds of high-pressure water. Fire up your power washer and blast away every speck of dirt and grime you can find. Lose yourself to the simple satisfaction of power-washing to a sparkling finish.

House Flipper (Cloud, Console, and PC) ID@Xbox – Available now
This is where your interior design imagination meets gaming! Reach for your best decor, furnishing, and color scheme ideas. As a professional flipper, you’ll be met with tons of makeover opportunities, clients with sublime requirements, and a handful of tools suitable for every job. Learn more here.

Marvel’s Avengers Introduces Jane Foster as The Mighty Thor – Available now
Jane Foster joins the Marvel’s Avengers roster as the Mighty Thor in a free update.  She possesses all the strength and power of a God of Thunder, but with human touches all her own. This update adds to a game already packed with content, including a sprawling single-player story campaign, ten playable heroes, and endless multiplayer action for up to four players. Learn more here.

Fall Guys: Robo Rabbit Costume – Available now
Battle bizarre obstacles, shove through unruly competitors, and overcome the unbending laws of physics as you stumble towards greatness. Hop your way towards the Crown as Robo Rabbit, the adorable android bunny!

FIFA 22: Supercharge Pack – Available now
Boost your Ultimate Team with the Supercharge Pack, featuring 10 players rated 80 or above and a choice of one of four Team of the Season Loan Players rated 95 and above for five games to help you dominate on the pitch!

The following games are leaving the Game Pass library soon, so be sure to jump back in and tie up any loose ends before they go. Of course, you also have the option to save up to 20% on your purchase to keep them!

That’s a nice collection of games coming to the library if I say so myself. Let us know what you’re looking forward to the most over at @XboxGamePass or @XboxGamePassPC and stick around to the Wire or keep an eye on the Xbox Game Pass Mobile app for updates for when these games are available. Catch you next time!