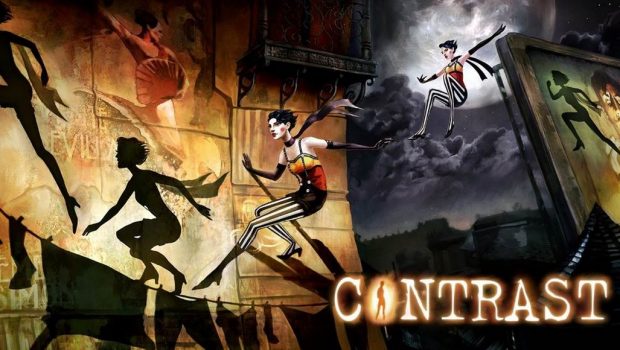 Overnight, Microsoft announced the latest back of titles set to arrive on Xbox Game Pass for Console, Cloud and PC libraries, including:

The official news piece can be found below:

Happy February! We’ve got games to fire up your imagination station, whether you want to tame even more dinosaurs, destroy castles with custom-built siege engines or challenge yourself with some rogue-like adventures. There are games for all types here. Let’s beef up your to-play games list!

Contrast (Cloud and Console) ID@Xbox – February 3
Explore a dreamlike, vaudevillian world of the 1920s, in which you can shift freely in and out of shadow. Tasked with helping a young girl named Didi, you will unravel the mysteries behind her troubled family and the dark secrets that must be exposed to re-shape her future.

Dreamscaper (Cloud, Console, and PC) ID@Xbox – February 3
An endlessly replayable action roguelike with a waking/dreaming gameplay cycle. By night, delve deep into your subconscious, facing nightmares in an ever-changing world filled with unique items, abilities, and challenges. By day, explore the city of Redhaven, build relationships and unlock permanent upgrades to take on the next dream stronger than ever.

Besiege (Game Preview)(Cloud, Console, and PC) ID@Xbox – February 10
Besiege is a physics building game where you construct war machines to obliterate fortresses, annihilate legions of soldiers, navigate hazards, and solve physics puzzles. In the single-player campaign, you’ll conquer your way through four distinct islands, each with its own theme, packed with fully destructible levels and see you bring your enemies to their knees. Learn more about Besiege (Game Preview)here!

CrossfireX (Console) – February 10
Available on day one with Xbox Game Pass: Play the first CrossfireX single-player campaign, Operation: Catalyst, developed in partnership with Remedy Entertainment. Take control of a Global Risk unit, as they traverse through enemy territory to save their captured teammate and uncover the dark secrets of the Black List Mercenary group.

Edge of Eternity (Cloud, Console, and PC) ID@Xbox – February 10
Available on day one with Game Pass: Wage epic turn-based battles as you follow Daryon and Selene on their quest to find a cure to the all-consuming Corrosion in this grand tale of hope and sacrifice, created by a small team of passionate JRPG lovers.

Skul: The Hero Slayer (Cloud, Console, and PC) ID@Xbox – February 10
Skul is a fast-paced action rogue-lite where losing your head is encouraged. Featuring 100 playable characters each with their own unique abilities and a ton of items that can create wild synergies, the battles are as electrifying as they are challenging.

Ark: Ultimate Survivor Edition (Cloud, Console, and PC) ID@Xbox – February 14
Experience everything that the Ark franchise has to offer with Game Pass in this definitive collection! Tame and ride primeval creatures as you explore savage lands, team up with other players to compete in epic tribal battles, and travel together on the greatest dinosaur-filled adventure of all time.

Infernax (Cloud, Console, and PC) ID@Xbox – February 14
Available on day one with Game Pass: Infernax is the adventures of a great knight who returns to his homeland only to find it plagued with unholy magic. While on your quest to find and destroy the source of this corruption by any means necessary, you will face ruthless creatures, dangerous beasts, and precarious terrains.

Grounded: Into the Wood Update – Available now
Explore the depths of the termite stronghold, traverse the scorching coal-laden remnants of the BBQ, and test your skills against dangerous new “friends” and challenges in the expanded yard in Grounded’s Into the Wood update!

Phantasy Star Online 2: February Member Monthly Bonus – February 2
Get a head start with free items to strengthen your units & weapons and revive you during battles!

Don’t let the following games leave without a proper farewell. This is your chance to grab some extra achievements or jump back in where you left off. As always, be sure to use your membership discount to save up to 20% and keep these games in your library before they go!

Welcome to the bottom of the announcement! I’ll need some ideas for building a mega Tek base in Ark to hide from dinosaurs in, send us your base builds over at @XboxGamePass and @XboxGamePassPC and stick around for more updates. Catch you next time!