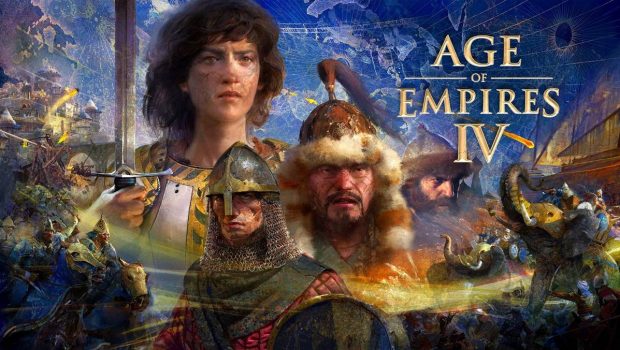 Overnight, Microsoft announced a new wave of titles set to arrive on Xbox Game Pass for Console, Cloud and PC libraries, including:

In this edition of Coming Soon to Game Pass, we’re bringing you a variety of games to look forward to. Seeking an epic fighting game experience? Want to explore space from your couch? Looking for a real-time-strategy game with deep roots in the history of PC gaming coming day one with Game Pass for PC? We’ve got you covered on all the above and much more. It’s going to be a great month, let’s jump in!

Into the Pit (Cloud, Console, and PC) ID@Xbox
Available day one with Xbox Game Pass: A fast-paced retro-FPS roguelite! As a member of a family of lore-hunting mystics, you are summoned to a cursed village, drawn by rumours of a demonic portal. Dark magics have overwhelmed the village, and it’s up to you to rescue the survivors, grow your powers, and journey forth into the pit.

Outriders (PC)
Outriders is available today with Xbox Game Pass for PC! Developed by People Can Fly, veterans of the shooter genre, Outriders presents a journey of survival across a savage planet, which can be tackled in both single player and 1-3 player co-op. Learn more about the game here on Xbox Wire.

Dragon Ball FighterZ (Cloud and Console) – October 21
Unleash the ultimate power from within in Dragon Ball FighterZ! Experience epic fights, destructible stages, and famous events ripped from the Dragon Ball anime. Create your team from a huge cast of your favourite characters and battle it out in epic 3v3 fights! This is the fighting extravaganza born from what makes the series so loved and famous.

Echo Generation (Cloud, Console, and PC) ID@Xbox – October 21
Available day one with Xbox Game Pass: Spooky mysteries abound as you lead your ragtag gang to take on monsters and mechs to save your hometown. Unlock unique skills for your party through comic books and prepare for active turn-based battles and boss fights that will keep you on your toes! By the developers of Riverbond, dive into another stunning voxel adventure and face off with the extraterrestrials to find the true meaning of home in Echo Generation.

Alan Wake’s American Nightmare (Console and PC) – October 28
In this standalone experience, Alan Wake fights the herald of darkness, the evil Mr. Scratch! A thrilling storyline, hordes of creepy enemies, serious firepower, and beautiful Arizona locations, combined with a fun and challenging new game mode make this a must for Alan Wake veterans, and the perfect jumping off point for new players!

Backbone (Console) ID@Xbox – October 28
Raccoon detective Howard Lotor is not a hero. He can barely make rent. And yet he has stumbled across something so massive that it will shake the very fabric of society. Stunning visuals, an evocative soundtrack, and a daring narrative bring a dystopian Vancouver, BC inhabited by animals to life in this highly anticipated, post-noir adventure. Get to it, detective.

Nongunz: Doppelganger Edition (Cloud, Console, and PC) – October 28
A nihilistic action platformer roguelike. Obscure in both gameplay and theme, Nongunz is a riddle that demands sacrifice. Each run sees you parting from a black and white graveyard into an ever-changing gothic dungeon full of nightmares fleshed out of human viscera. Surviving not only requires skill but style.

The Forgotten City (Cloud, Console, and PC) – October 28
Travel 2,000 years into the past and relive the final days of a cursed Roman city, where if one person sins, everyone dies. Only by questioning an intertwined community of colourful characters, cleverly exploiting the time loop, and making difficult moral choices can you hope to solve this epic mystery.

Grounded: Hot and Hazy Update – October 20
Return to Grounded‘s backyard and experience the Hot and Hazy update! Brave the explosive perils of the newly revamped Haze biome and survive the sizzling heat of the Sandbox. With new weapon and character systems, and new “friends,” find out why this is Grounded‘s largest Game Preview update to date!

Minecraft Dungeons: The Spookier Fall Event – Available until November 2
Prepare yourself! The Spookier Fall event descends on Minecraft Dungeons to haunt your holiday! From October 13 to November 2, gather your most fearless friends and partake in a spine-chilling (mis)adventure, featuring heart-pounding seasonal trials, accursed rewards, and monstrous mobs waiting to scare the creeper out of you. Are you brave enough?

Ultimate members can now play 100+ games with Xbox touch controls, including fan favourites such as Scarlet Nexus, Hades, and Psychonauts 2, plus 13 more available starting today! Check out the full collection of touch-enabled games here and start playing from the Xbox app for Windows PCs, Xbox Game Pass mobile app on Android devices, or xbox.com/play on your Windows PC and Apple phones & tablets, no controller needed. Check out the list of new games with touch controls available today:

We have an extra special batch of Perks for you this week, featuring awesome content for the newly released Back 4 Blood! Claim all the Perks below via the Perks gallery on your Xbox console, Xbox app for Windows PCs, or Xbox Game Pass mobile app.

The following games are leaving the Xbox Game Pass library on October 31. Be sure to set some time aside to give these games a proper send off. Remember to use your membership discount to save up to 20% on your purchase before they leave to keep them in your library!

That wraps up October’s news! Make sure you’re following us on Twitter at @XboxGamePassPC and @XboxGamePass for updates when these are available. Don’t forget to have the Xbox Game Pass mobile app handy to press the install button when games are added to the library. See you next time!