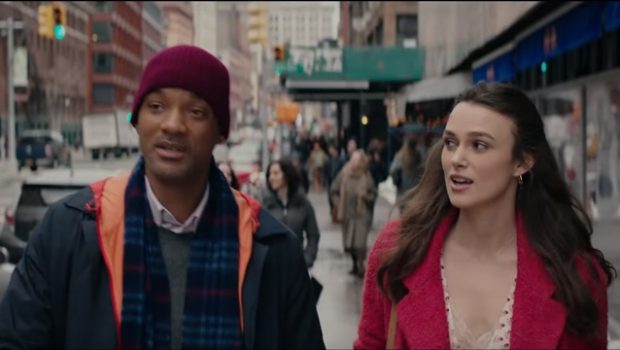 Summary: “Collateral Beauty” is a nonsensical Christmas fable that tries too hard. The film is so saccharine and trite it’s like gorging on sherbet.

There are some things that are bigger than the sum of their parts. And then there’s “Collateral Beauty.” The film is one that tries to ask some important existential questions about the why and how of it all. But the reality is something that is far too contrived and all-over-the-shop to amount to anything more than a hollow, greeting card.

The film stars Will Smith as Howard, a broken man and tormented individual in a role that is not too far removed from his work in “Seven Pounds.” Howard was once a successful advertising executive in charge of his own business. But just three years later he is reduced to a mere shell of a man because his six-year-old daughter’s life was cruelly cut short. These days Howard wanders around like a zombie and at work his output consists mainly of building elaborate domino displays in an obvious visual metaphor for the audience. 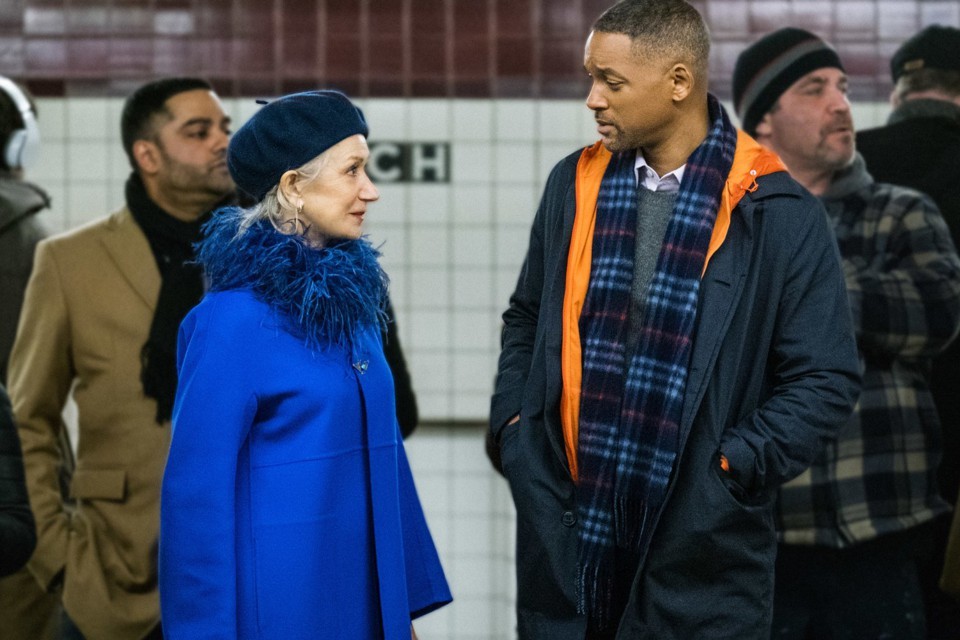 Howard’s breakdown proves rather inconvenient for his three colleagues: Whit, Claire and Simon (Edward Norton, Kate Winslet and Michael Peña.) The trio need Howard to make a decision about selling off his firm to the highest bidder. But Howard is like a living zombie who is stuck in a trance. So the three hire a private investigator to spy on their boss and they discover that he is sending letters to three elements: love, death and time.

The trio then concoct a stupid plan to “break” Howard out of his spell. This involves hiring three actors to play these different abstractions and pay visits to Howard. If this doesn’t work they know that they can use the footage of these meetings to show that Howard is incapacitated and unable to make a decision about the company’s future. Sounds delightful. A light-hearted and fun Helen Mirren plays “death” while a one-note Keira Knightley is “love” and newcomer, Jacob Latimore is a rough, skateboard-riding “time.”

This story means well because it is trying to deal with the “big stuff” like exploring the meaning of life and the inexplicability of death. But it requires a huge suspension of disbelief in order for people to go along with such a ridiculous premise. The audience will also have to ignore lines that are clunky, stupid or complete clichés and inane platitudes. At times you get the sense that you could glean more “meaning” about life from a cereal box or some other such thing.

The cast in “Collateral Beauty” are big, Hollywood names. Smith’s performance as the bereaved man is sad and sorrowful and proves he is great at both dramatic roles and in the comedic ones he performed early on in his career. But Smith’s performance here is also completely at odds with the other actors because Mirren is all quirkiness and fun while the others often seem to have been cut out of a light-hearted comedy film. The tone shifts so much at times that you’d be forgiven for thinking you’re watching multiple movies. Smith’s colleagues’ characters are also grossly under-developed and it is far too neat that they are grappling with the same issues as the “actors” they’re coaching in this plot. The only character you can foreseeably see helping Howard is a therapist named Madeline (Naomie Harris) and this subplot is predictably resolved.

The special features here are scant. There is a featurette that includes interviews with the cast and crew. But this fails to illuminate just how this bizarre story idea got made. It also doesn’t shed any light on how such a messy and flawed film was able to gather together such a wonderful cast of famous Hollywood actors.

“Collateral Beauty” tries too hard to be a life-affirming Christmas fable but it is simply too manipulative and saccharine to really cut through. The film is overly simplistic in parts, under realised in others and a strange brew of different elements like New Age trite, navel-gazing and manipulative emotions. “Collateral Beauty” is ultimately oblivious to the collateral damage of its own making.