Summary: A change of pace from the running and gunning games, though with slight blemishes in the armor.

Swiging steel at the enemy!

Chivalry: Medieval Warfare is played in first person mode that is set in a medieval world based more in fiction film where everything may not be as accurate as real history… but it does attempt to deliver intense combat with nothing but a fist full of steel and honor, or the not so honorable steel. Jumping into this multi-player realm, the player will end up joining either the Agathian Knights or The Mason Order, all fighting to control the lands of Agatha.

If you as a player enjoy a games single player aspects, then you may end up passing this one by. The only single player offerings in Chivalry: Medieval Warfare is the tutorial. The tutorial while feeling painfully hap hazard has its shining moments long after learning about hacking, slashing, angled attacks and thrusts… wonderfully there is a moment after the initial tutorial where the player is soon attacked and must decide to either stay as a Knight of Agatha, or join the Mason Order. 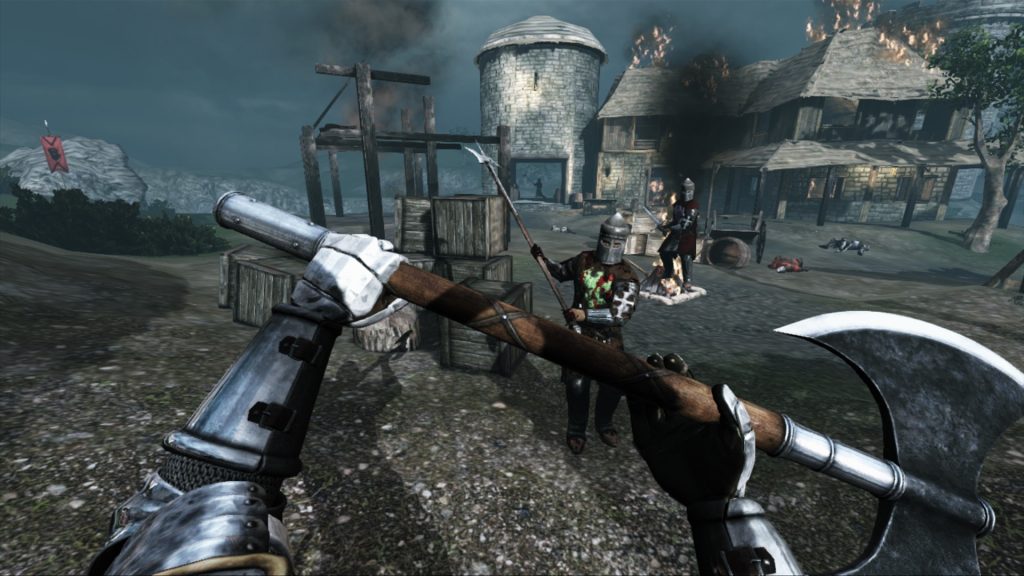 Soon after this, it’s nothing but online multiplayer. On that note, the game has the promise of a breath of fresh air in the game market which is saturated with shooters that have little to no real goals or story to them. While Chivalry: Medieval Warfare does not have any story to speak of either… it was nonetheless a nice change from the run and gun games.

However, if you know what you are getting into ahead of time, you may actually tolerate and even enjoy some of the aspects of the game. Even with some of its oddities such as its less than last gen graphics where I myself had a heck of a time really telling one side from the other so I am sure I hit a few of my allies in my swinging of computer simulated steel. I know I was cut down more than once by players who had been on my team many times.

One of the things I kind of liked actually was the progression of the battles. For instance, in one game I was on what could be considered the defending side… right off the bat, the other teams goal was to burn the peasant village and attack the villagers. Our goals where to beat back the attack, cut down the invaders and save the villagers and their village… we lost too many villagers, so the call to fall back to the castle went out. So on we went fighting our way back to the castle… then defending the castle was now the goal. 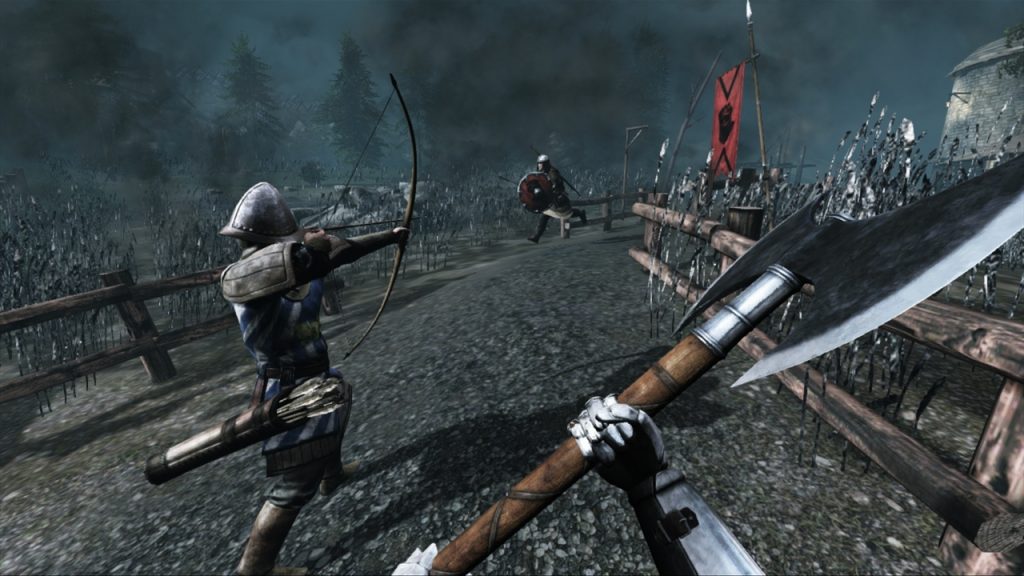 One game we defended well and won. Another game… not so well and the enemy broke the doors down and we had to retreat to the throne chamber and defend the now designated King on the team.

While the combat feels more chaotic than strategic… a group of organized players can make the experience a lot more appetizing than the simple run of the mill death match and team death match. Many of the sessions had their moments and it was more along the lines of the players that made things that much more fun. At one time I was cut down by an opponent insult to injury… well insult to death… my severed head fell between body’s legs… how awkward that was. But the comradie that took place through some of the game sessions is what the real draw is here.

Fight wise and control wise… I constantly felt like it was a huge struggle just to get any kind of result in my attacks or even my defenses. Control response is such that I never felt like I had a chance when closing with the enemy. Only when I had back up did I have any real chances at survival. And even then as I noted, I was hit and killed more than a few times by my own team mates… and others on team suffered the same fate before my eyes as well. 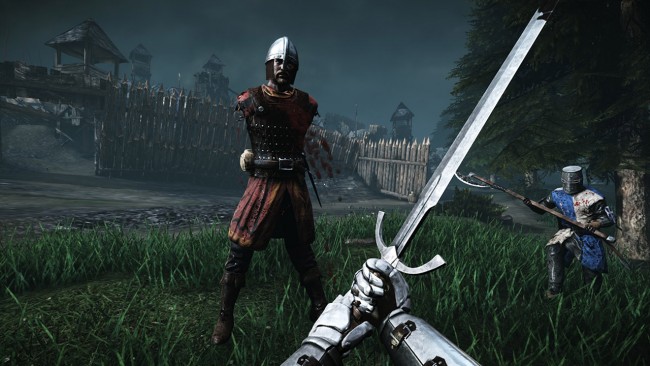 No, really it is but a scratch.

If you as a player can handle less than stellar responses from what I think is less than good control mechanics… you may find an ugly duckling in this game that is so ugly it’s cute. If there is a demo out, I would suggest trying before you go all in on this one.

I say ugly duckling because the graphics as noted, are not stellar… they get the job done. But they don’t seem upgraded for the Xbox One at all. They are just last gen and then some older it seems.  Though on the flip side, battles can get bloody and seeing some of the handiwork on an enemy can be rather bloody satisfying. Yes. It has points in the game that just seem to go out of the way to alienate players, then parts that draw you in for the ride… even though you know it is a clunker of a ride. 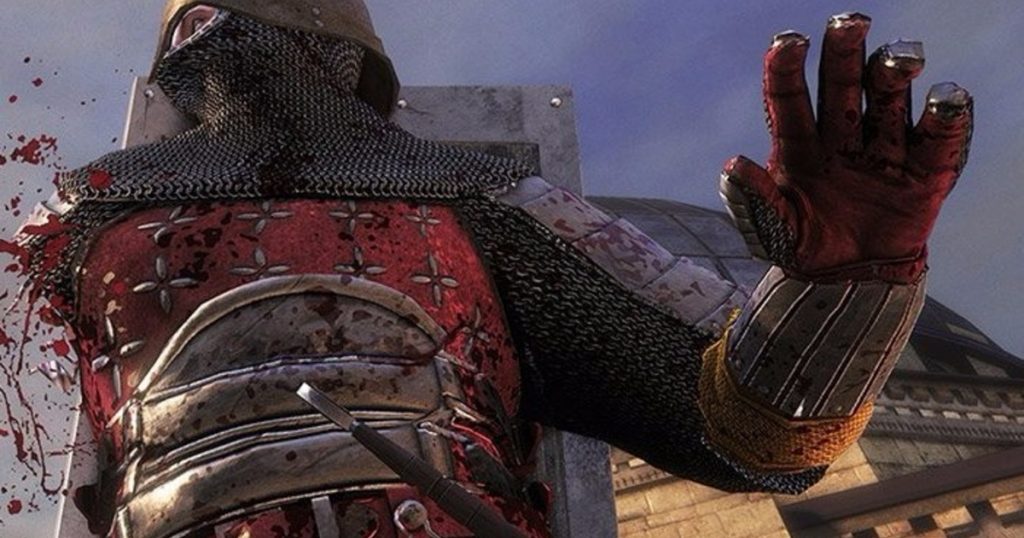 There are familiar parts of the game like many online multiplayer games, Chivalry: Medieval Warfare has class character types and each character class has a different load out.

The Knight: The knight is like the tank of the game, with heavy armor and able to take more damage than the other classes.

The Vanguard:  The Vanguard has the best of both worlds with some power and speed. While not as heavy armored as the knight, there is enough armor to bring the fight to most other enemies.

Man at Arms:  The Man at Arms sacrifices some armor for speed. Most of their weapons deal light damage, but the blows can come faster than the heavy armored classes.

The Archer:  The Archer is perhaps one of the hardest classes to play in the game because they are best at long range or unaware opponents. But get damaged and killed pretty fast if an enemy closes on them. 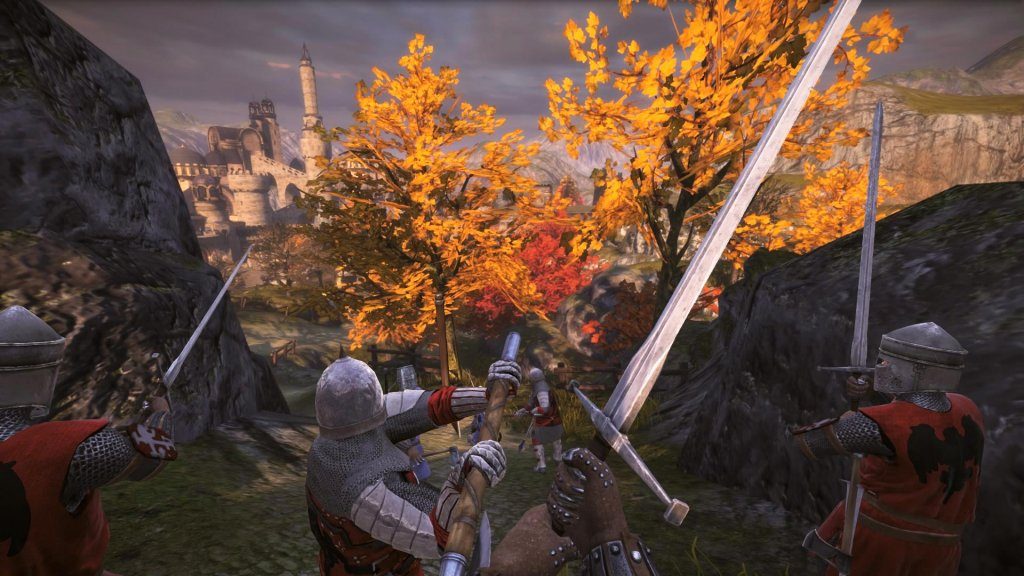 There are some add-on DLC that can get more armor types and weapons for the characters the player chooses to game with. I’m not sure that the DLC is not anything that should have been unlockable in the game… but there is not a lot of substance to be had here on its own. Without some of the players breathing some life into the game themselves this game could be a DOA.

If you are not the patient type you may want to bypass this one but if you like a challenge and do not mind some of the games short comings… you may find something here to give you a change of pace in your gaming habits.