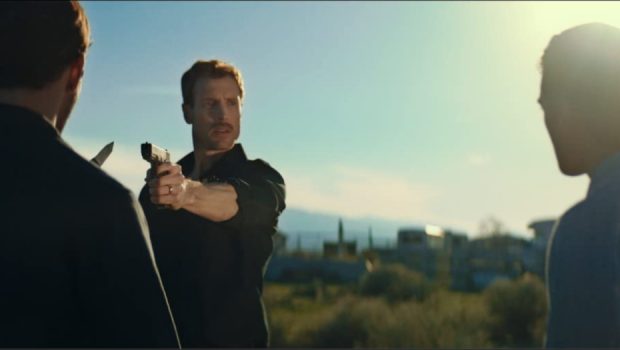 Summary: Again, stop flushing your toilet into 2021. This should have stayed on the shelf.

Tom (Christian James) is struggling for money and agrees to participate in his estranged father Kirk’s (James Russo) memory experiments only things go sideways when he gets drunk and awakes in the yard to find his father has passed away in the lab. Rather than just go to the police like a normal person he decides to continue the research, for reasons I guess?

Uhhh, it took me three tries to try and finish this. What most people find out is that high concept or “hard sci-fi” doesn’t work as well on screen as it does in print form. Name one famous sci-fi movie other than Stanley Kubrick’s that does this well. It is not something you really should attempt until you have at least made some movies or anything at all. The director has less credits than I have on IMDB and that is saying something.

Ignore the positive reviews as they are obvious plants much like the movie Psycho Ape! Arranged for the friends of the director to review it and pump up the score. If I had to force myself to watch this and actually found some enjoyment out of something like Cosmoball then there is something wrong.

It is not even a fun bad movie; it is just boring which is a big problem with so many bad movies there is nothing really anything interesting in them to make them stand out. I certainly don’t care about what happens to any of the characters or plot.

Sure it might be competently made, but it seems very flat and the high concept parts of it don’t really go far enough and they just wimp out and try and solve their problems with guns.

I ended up watching the Russian Raid straight after this which has its own issues but is at least entertaining. Movies are meant to be fun, not boring remember that when you make one.