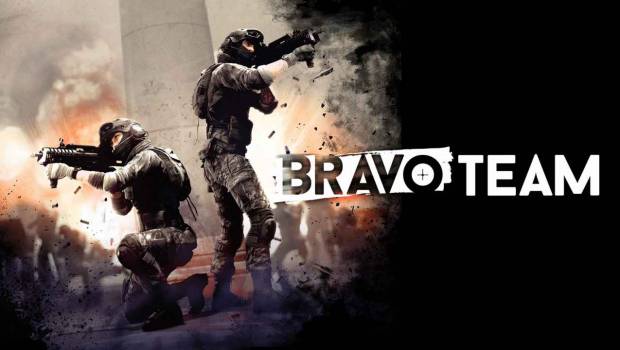 Summary: As cool as a concept a Time Crisis-esque shooter in VR would be, Bravo Team unfortunately fails to live up to expectations.

Supermassive Games, known primarily for the excellent Until Dawn and its varied tie-in titles have, for my money, demonstrated one of the best grasps on the potential behind the fledgling PSVR technology to date; despite apparently being in the minority, I really enjoyed my time with The Inpatient and Until Dawn: Rush of Blood is still easily one of the most fun and visually impressive PSVR titles currently available despite being a launch title for the format. 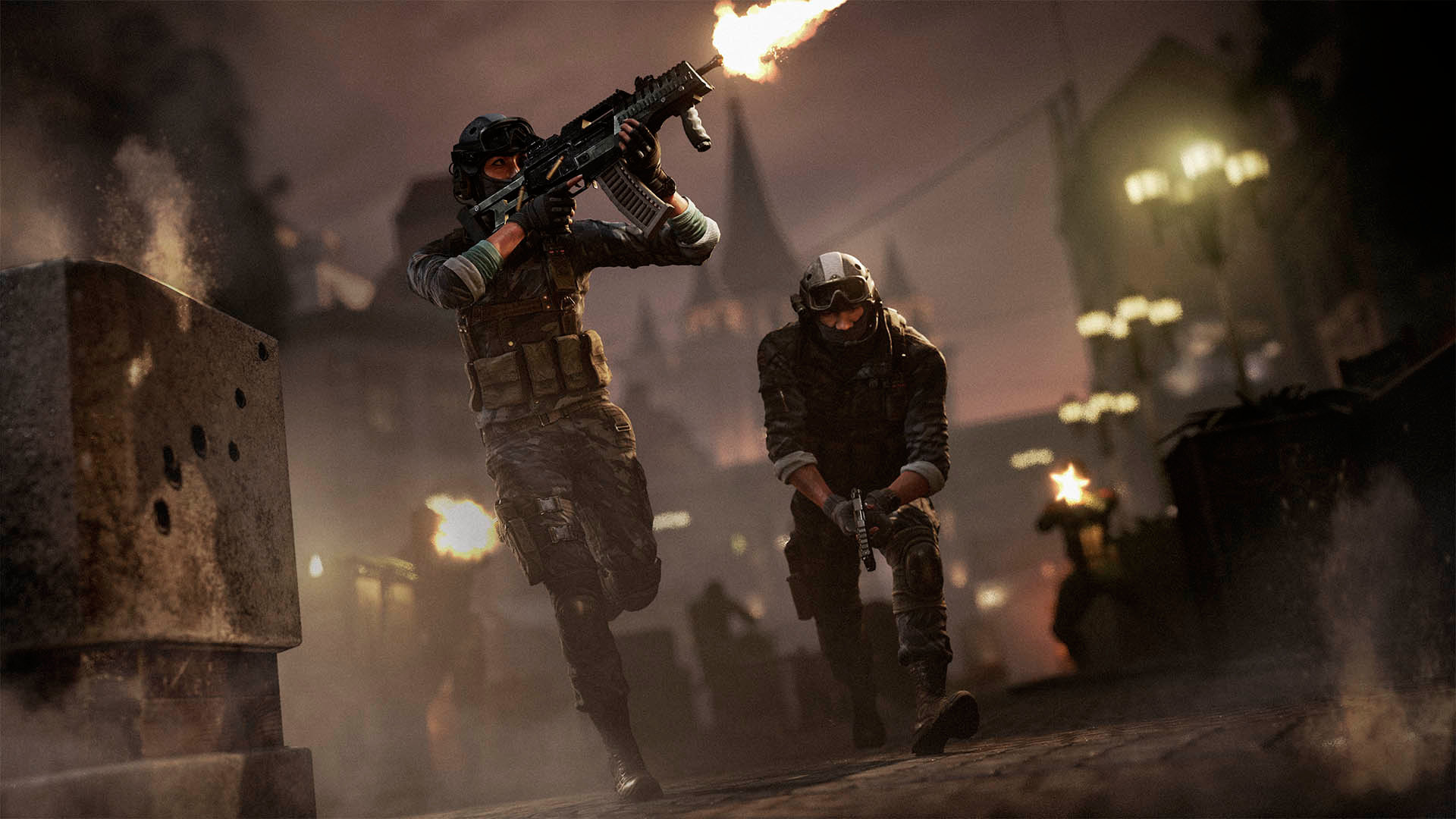 As such, I was pretty pumped for Bravo Team when it was first announced – A frantically paced military cover shooter with a rudimentary squad command system, optional online co-op and more than a healthy dash of Time Crisis chucked in for good measure? AND it’s built around the best gun peripheral available on the market? Count me in!

So here we are, one delay later, and Bravo Team has landed not with a bang but with a whimper, much to our disappointment. Theoretically, building the mechanics of the game to predominately take advantage of the AIM controller (Although there is also the option to use either the DS4 or Moves, it’s clearly evident that the using the AIM was the way Supermassive intended players to play) should result in an experience similar to that found in Farpoint. 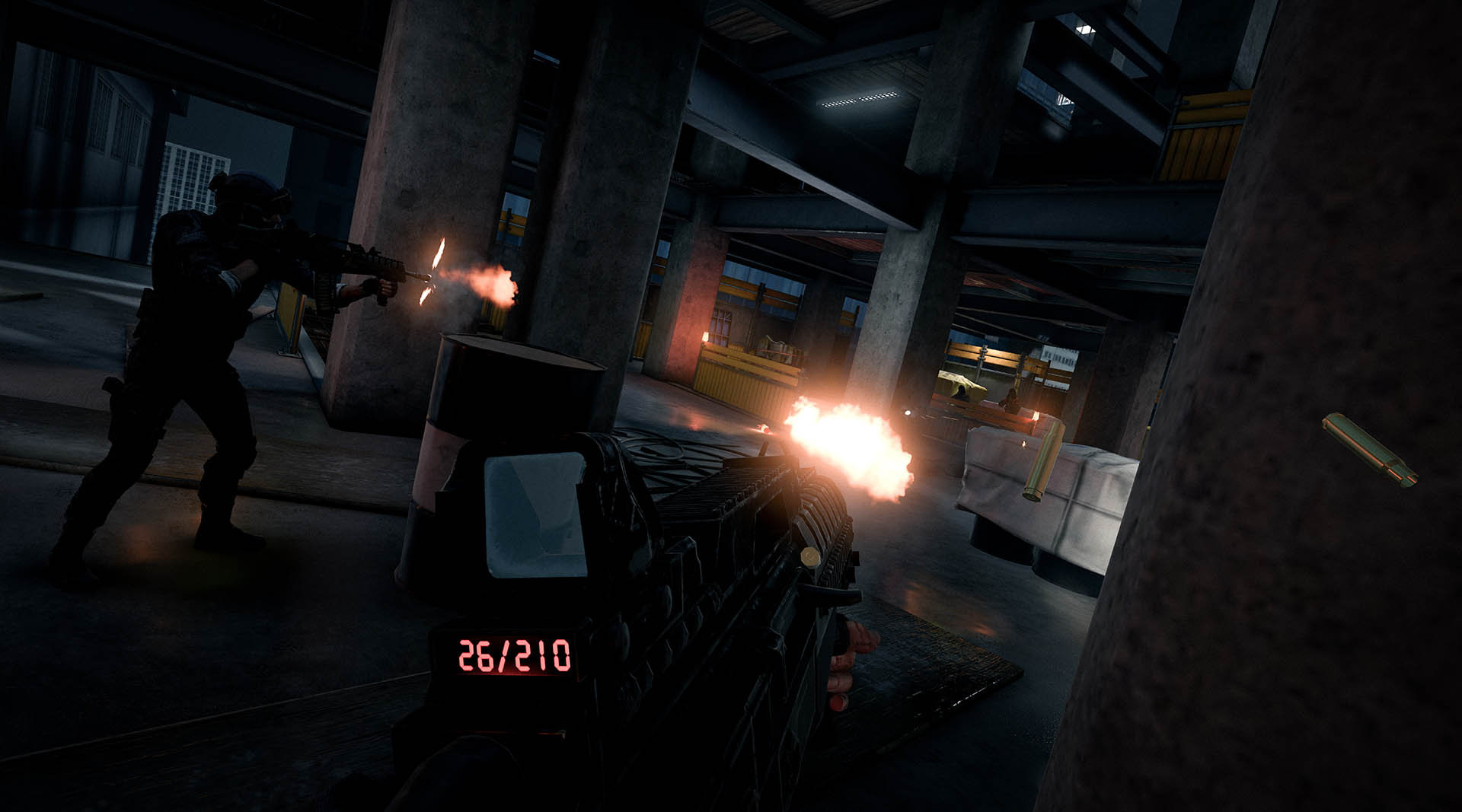 Unfortunately that isn’t the case here; rather than take advantage of the free locomotion afforded by the AIM’s joystick, Bravo Team has you rushing an area, finding a suitable position and automatically running to cover before popping up, letting loose a few shots and then hurriedly getting back into cover.

Traversing the stages becomes an unnecessary headache where you’re desperately looking for the next point to run towards whilst under fire, more than likely taking hits despite being behind a van or similar obstacle, before the next wave of enemies comes.

The biggest problem with the movement system is how it will inexplicably switch to a third person view whenever you leave cover and run to the next vantage point; it’s incredibly jarring and breaks immersion almost immediately and will often leave you open to attack while you’re stuck watching the animation of your team moving up. 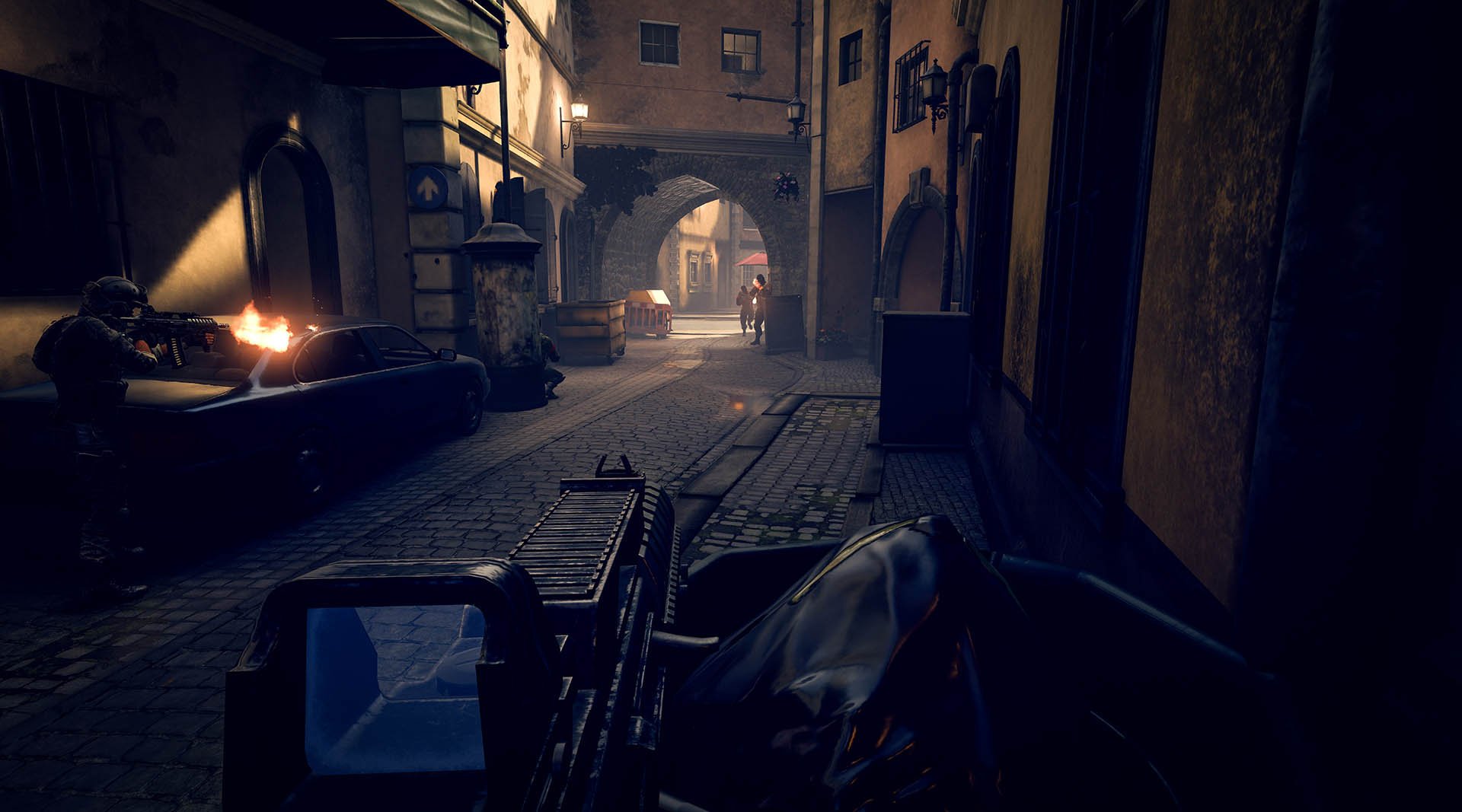 The most damning aspect of using this viewpoint switching system is that, prior to making a move, you’ll often orient yourself so that you can quickly pop up and spray enemies, but, upon reaching your destination, you find that your position and line of sight has changed so drastically that its disorienting.

For example, you’ll see a cover point ahead of you and a lone gunman to the right, so you mentally prepare your aim for when you get into cover, but upon coming out of the jarring third person animation sequence you’ll find that you’re facing entirely in the wrong direction, with your back to the box you figured you could crouch behind… Sometimes it got so bad that the only way I could rectify the direction in which my character was looking was to run back to previous cover and loop around so that, hopefully, this time I’ll be facing in the right direction.

This method is painfully arduous and could have easily been mitigated by using the thumbstick on the AIM, even if only to readjust your view if free locomotion was completely out of the question.

The story behind Bravo Team is your usual serviceable but generic military thriller, where the surviving members of the titular squad find themselves adrift in a fictional foreign country with military forces in hot pursuit after a coup results in the death of the team’s presidential escort. 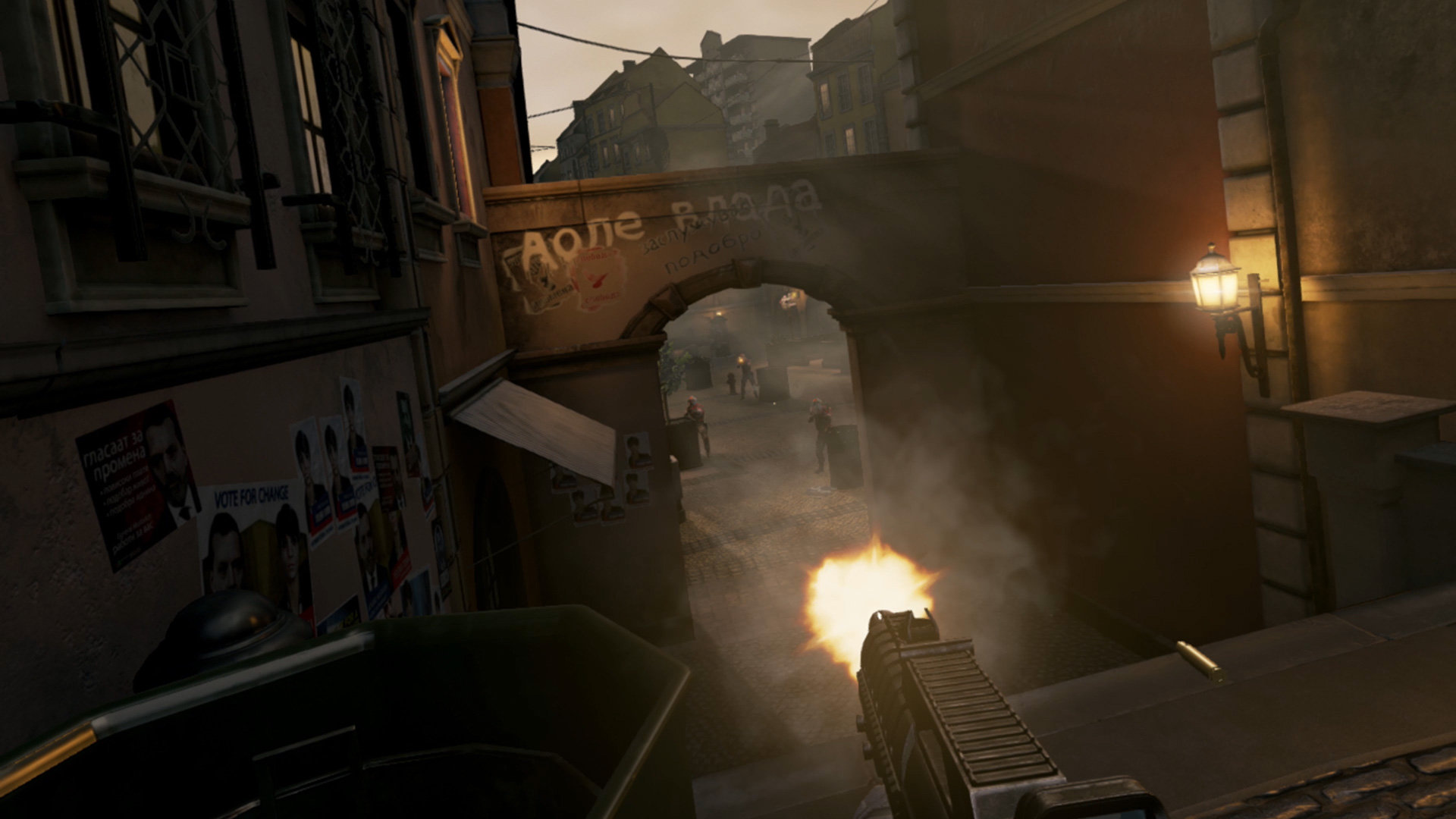 The combat is relatively solid, if a little wonky in terms of precision; using the AIM controller means that you can bring your weapon up and peer down the on-screen scope, which honestly never loses its novelty, and squeezing off headshots is made even more easier by the magnification that comes from it… When the game doesn’t decide that you’re actually shooting two feet from where you’re aiming, that is.

Initially I thought that this was an issue with my set-up causing the gun to drift but after fiddling about with the settings and still occasionally encountering this issue, I think it’s more to do with the game itself, especially as I can’t recall it happening once whenever I elected to use my pistol, which throws the assumption that it was a camera tracking issue out the window.

Beside the shooting gallery sections there are also some rudimentary stealth sequences that only really serve to slow things down by taking away from the game’s biggest strength, which is obviously the gunplay. 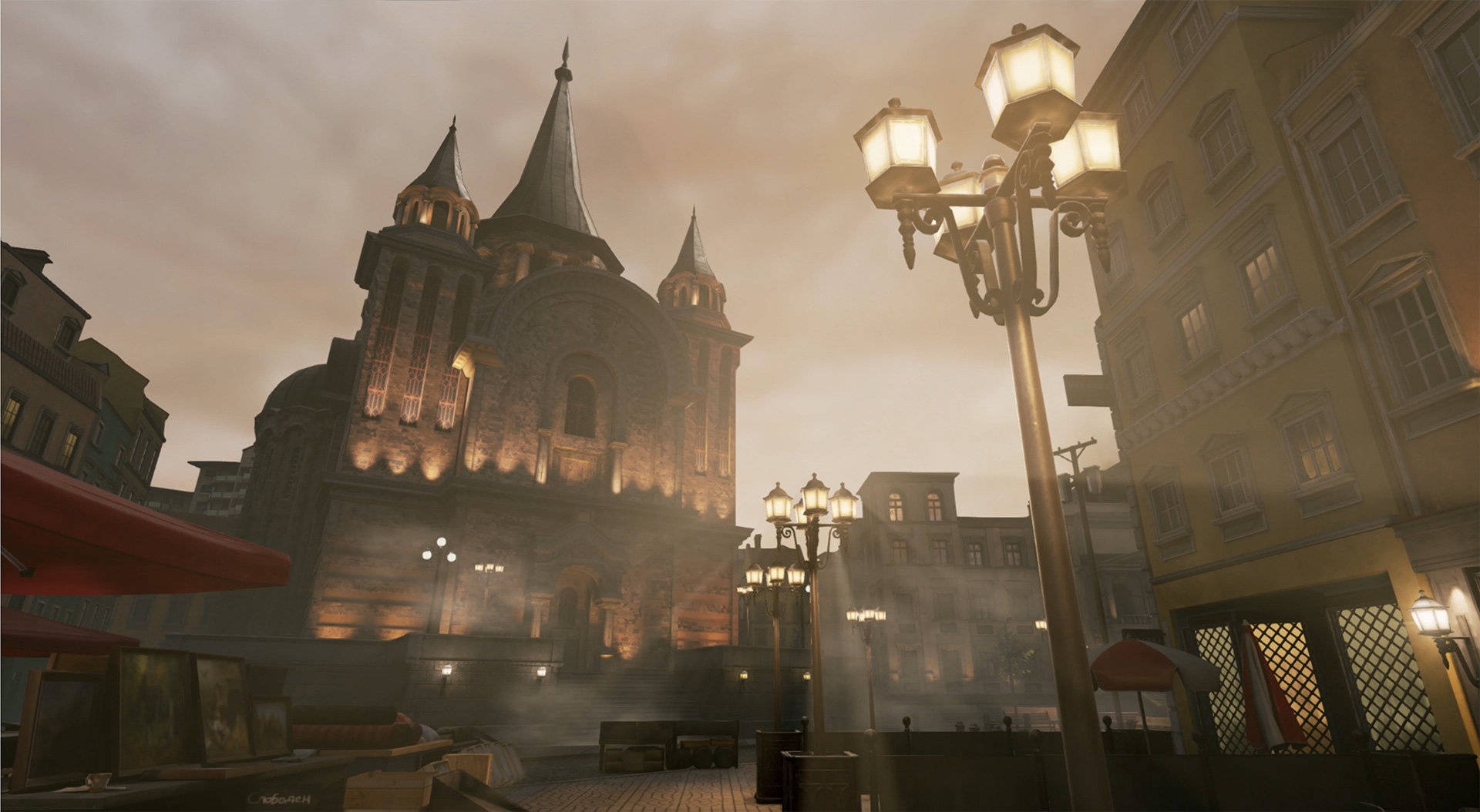 Although not quite as visually impressive as The Inpatient or even Rush of Blood, Bravo Team is a fairly decent looking title, even if it does suffer from the weird perspective issue that makes in-game characters appear to all have the same dimensions as Shaquille O’Neal. The environments and character models are fairly accomplished in terms of design and execution and, whilst it won’t be held up as an exemplar of PSVR graphics, it manages to pull off the gritty real world aesthetic fairly well.

The audio is your usual expected grunt speak, random cries from enemies and the staccato chatter of machine gun fire and helps to sell the sensation of being in battle, even if that immersion is almost immediately shattered as soon as the camera switches to third person. 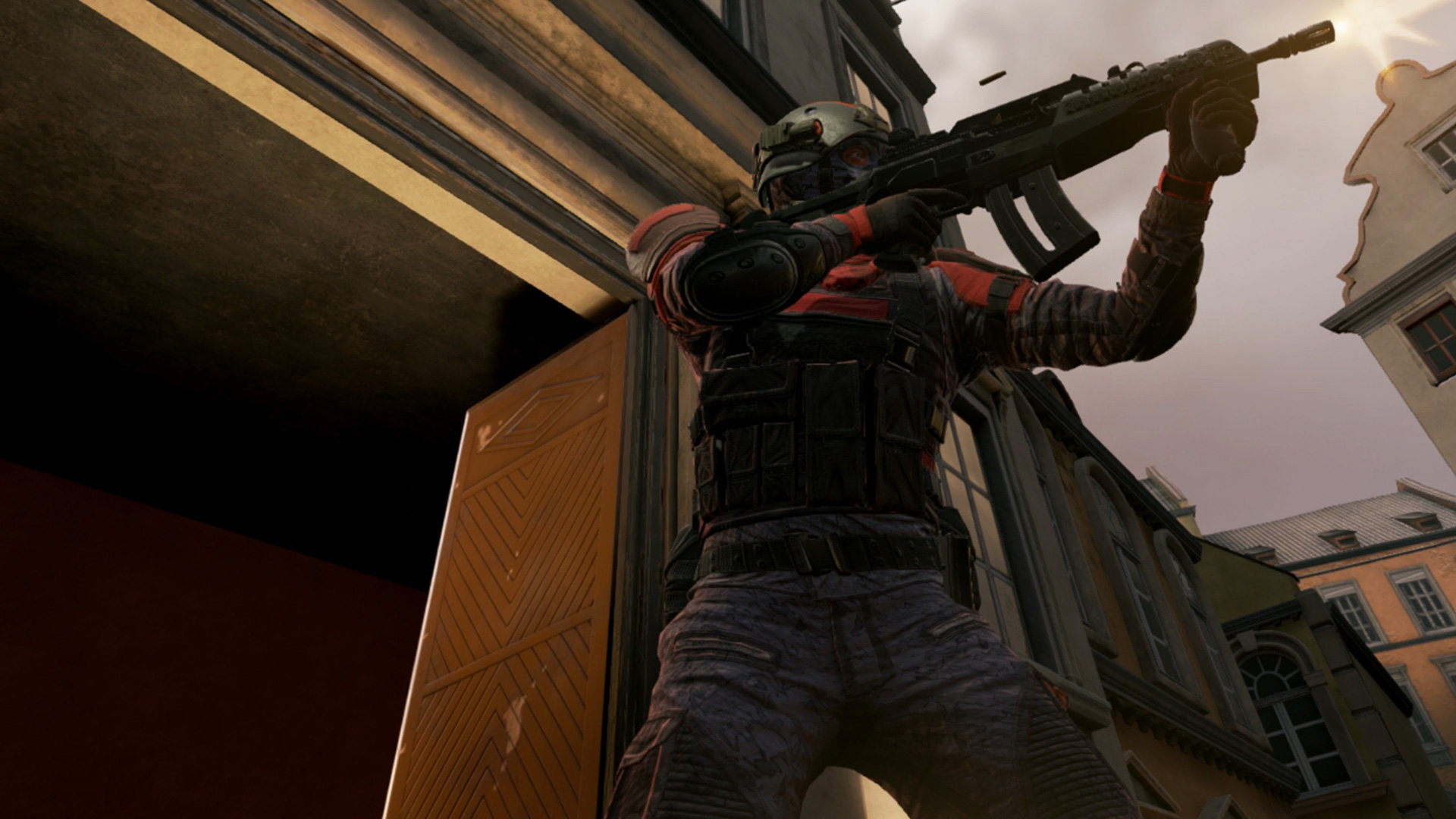 As cool as a concept a Time Crisis-esque shooter in VR would be, Bravo Team unfortunately fails to live up to expectations.

Between the horrendously awkward movement and traversal mechanics and lack of iteration upon the core gameplay loop, Bravo Team has no choice but to rely upon the shooting mechanics to carry the game and, even when wielding the underutilised but superb AIM controller, what’s on offer here isn’t enough to make the game stand out from the glut of underwhelming and mediocre gallery shooters already available on the format.

Tackling the game in co-op makes things a little more tolerable but, if we’re being honest, much of my time playing the game was spent cursing the controls and lamenting what could have been, which is a real kick in the guts considering how much I champion Supermassive Games’ output.

As mentioned before, games designed with the AIM in mind are few and far between, so it may be worth it for owners of the peripheral to check out Bravo Team at a later date after a discount or two; if you’ve only got access to Moves or the DS4, however, then there’s legitimately no reason to choose this over the myriad of other shooter titles on PSVR. 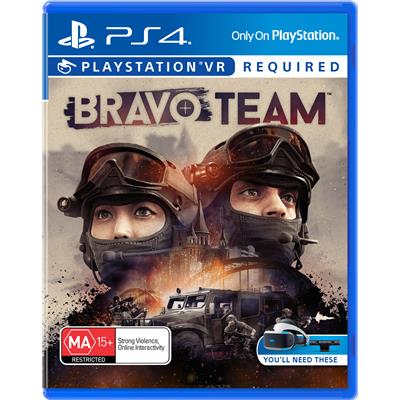 State of Play returns this Friday, 9 July with an extended look at Deathloop → 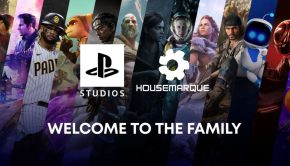 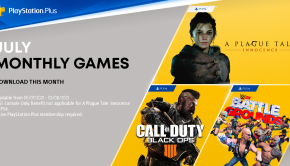