Summary: Win it big as you raid the luxurious space casino, the Handsome Jackpot in the 1st Borderlands 3 DLC.

Feel like making a couple of million? Because Moxxi has a job and she’s putting together a crew in the new ‘Borderlands 3 DLC expansion: Moxxi’s Heist of The Handsome Jackpot’. As the first of four DLC expansions for ‘Borderlands 3’, this adventure sees players joining forces with Moxxi as they raid the long abandoned space casino, the Handsome Jackpot. Players who have played previous Borderlands games are in for a treat as this DLC features a trip down memory lane, pathed with mayhem, zany new characters and all the loot a Vault Hunter could ever want.

The adventure begins aboard your own spaceship/home base, Sanctuary 3, where players can find a requirement poster on the wall outside of Moxxi’s Bar. Before accepting this quest, it is advised that players use a character that has unlocked the ability to open eridium chests. While this doesn’t affect the DLC’s missions, it will impact on how much loot a player can accumulate during their play through. I also recommend keeping any eye out for a decent corrosive weapon if you’re not already in possession of one. Without giving too much away, you’re about to embark on a raid of Handsome Jack’s casino, and anyone who has played ‘Borderlands 2’ or ‘Borderlands: The Pre-Sequel’ should have a fair idea of what kind of enemies they are going to be up against. 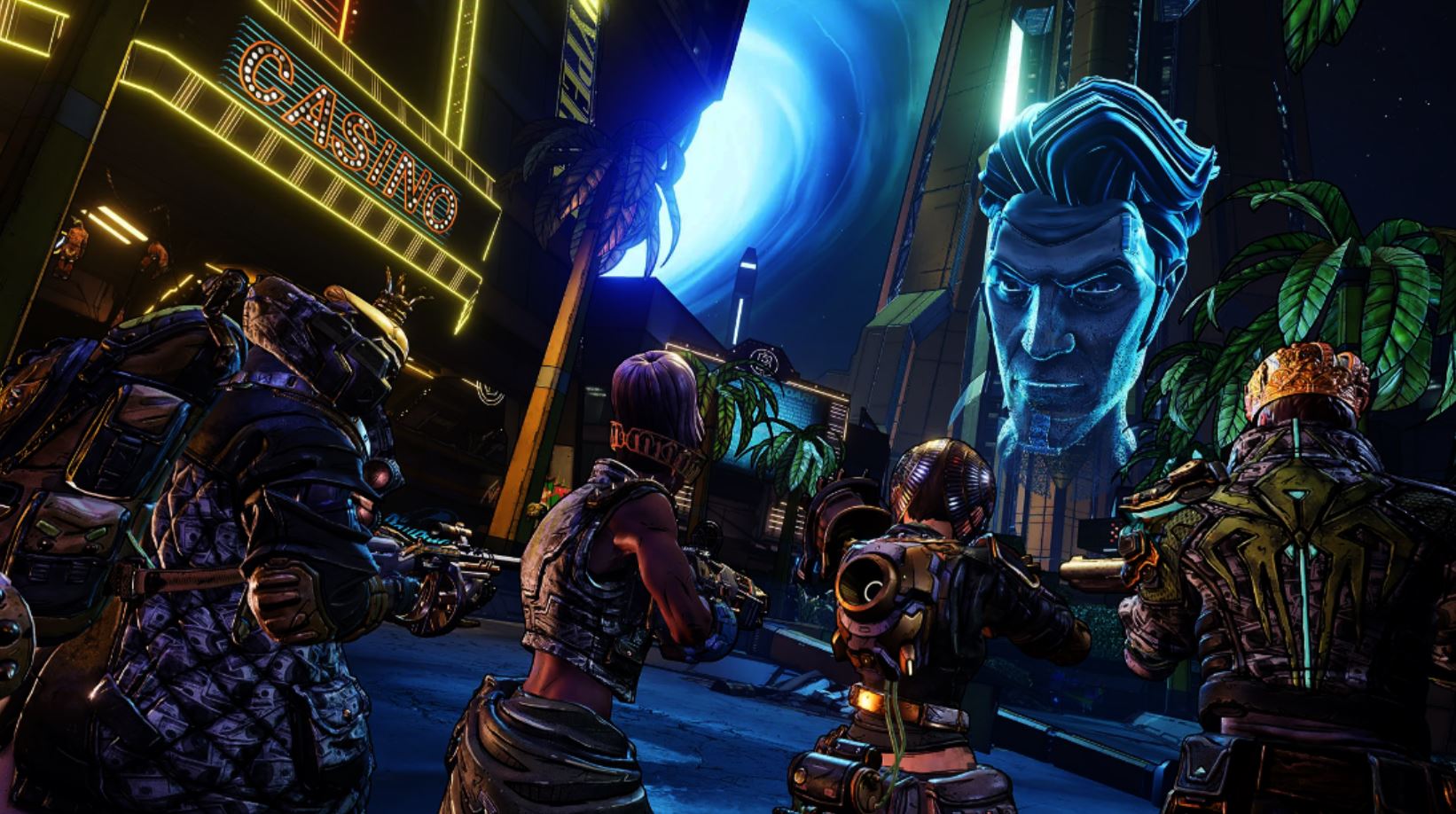 As a massive Handsome Jack fan, I really enjoyed this DLC for a number of reasons. Not only is Handsome Jack still a major part of the borderlands universe, but this DLC ties up some of the loose ends from previous Borderlands games and their DLC’s. Having played all other Borderlands games (and most of the DLC), I have become quite fond of how every question is eventually answered. For example, I had several questions about what happened to characters from previous borderlands titles; did they disappear or did the writers just forget about them? Without spoiling anything, ‘Moxxi’s Heist of The Handsome Jackpot’ does answer some of these questions. Several fan favourite characters do reappear in this DLC and play a both a major and minor roll. I particularly enjoyed hunting down bottles of explosive condiments for one particular bad ass gentleman (who shall remain nameless to avoid spoilers) as part of one of the new side challenges for the DLC.

‘Moxxi’s Heist of The Handsome Jackpot’ also features some of the best and most hilarious boss fights that I’ve encountered in ‘Borderlands 3’. They offered a good level of challenge while still keeping true to the level of humour that we’ve all come to know and love from the Borderlands series. Combat is also taken up a notch with the addition of new legendary weapons and mods. I’m particularly fond of the Ion Cannon rocket launcher that does an extraordinary amount of damage once fully charged. There is nothing more satisfying that pulling out this giant weapon when fighting for your life and blasting some poor security robot into oblivion. 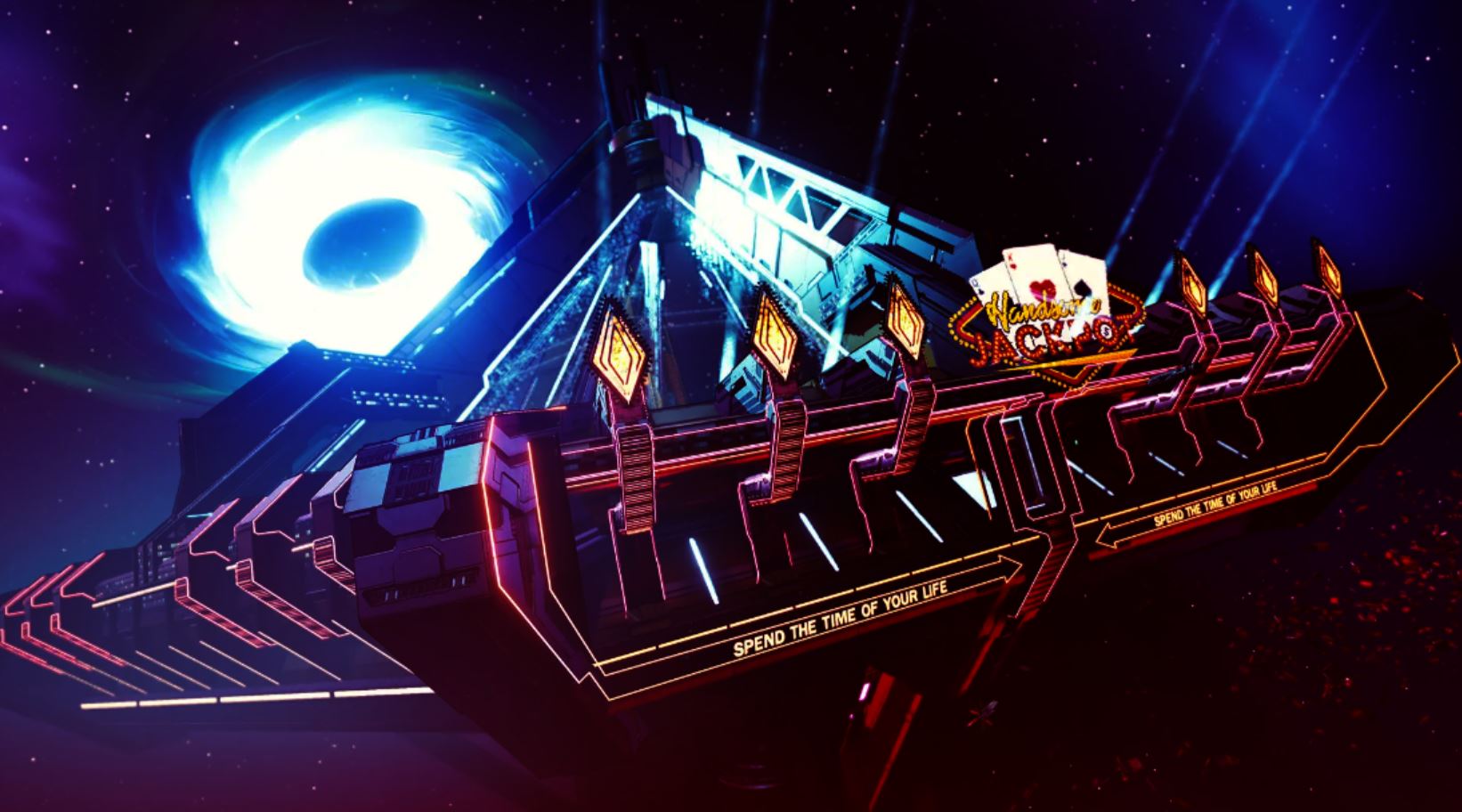 The one thing that bugs me about this DLC is the name as I wouldn’t really go as far to call what you are doing a ‘heist’. The story of this adventure is basically a jealous ex-girlfriend wanting to take control of her dead boyfriend’s casino. When Jack died seven years ago, the casino went into lock down, trapping all current guest and staff inside with no hope of leaving. Throughout all of the chaos, gangs were formed and alliances made between the different factions, with one particular gang leader rising to the top and taking over the casino. As soon as you begin your quest to take control of the casino, the antagonist by the name of Pretty Boy knows what you’re up to and sends all of his goons to stop you. Essentially, this isn’t what you would call a heist but rather a hostile takeover that requires you to track down a group of people that can help get you into the casinos control room so that Moxxi can take possession of the place. Don’t get me wrong, this is still an amazing adventure and really helps connect ‘Borderlands 3’ to the events of past Borderlands games, I just don’t think that the name is quite fitting. But if that’s the only issue I have aside from a small glitch or two, then I don’t see anything that would stop me from recommending this to borderlands fans. 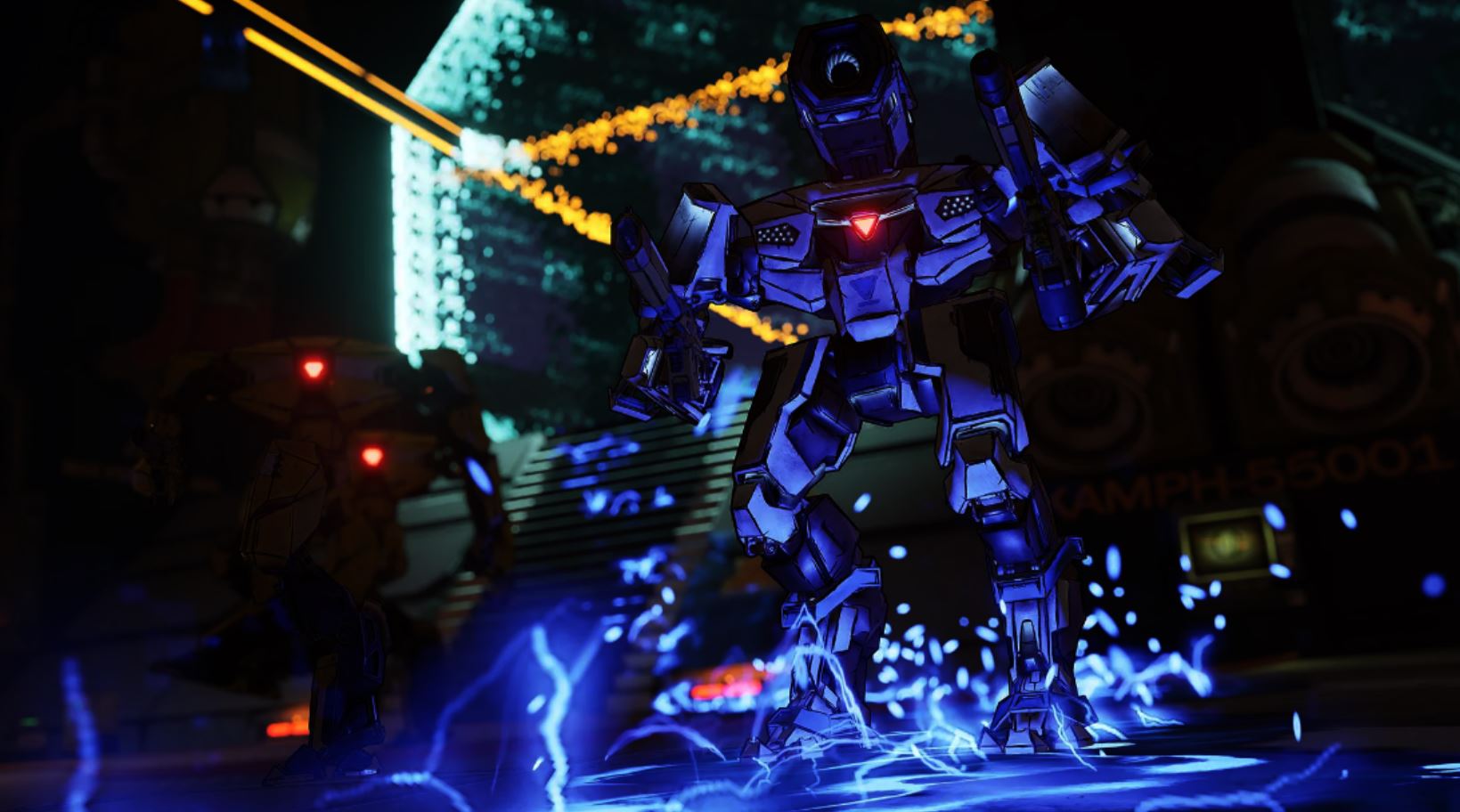 Admittedly, I did have my doubts about ‘Moxxi’s Heist of The Handsome Jackpot’ prior to playing it. Having already known quite a bit about the back story between both Moxxi and Handsome Jack, I felt it was kind of obvious about how things might go down in the end. However, I was quite (and pleasantly) surprised in how the journey played out. Truthfully, I found this DLC to be a strong fit for ‘Borderlands 3’ and the Borderlands universe. It offers a strong and intriguing story line full of unexpected laughs while filling in some of the blanks left behind from previous games. This DLC offers a massive amount of replay value, especially for those needing to make some extra cash to buy high end SDU upgrades. I managed to make $1,000,000 in just half an hour of starting this DLC from pickups alone, not including the money made from selling unwanted equipment.