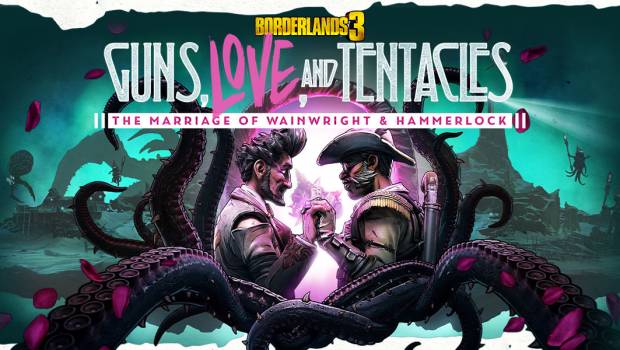 Borderlands 3: Guns, Love and Tentacles: The Marriage of Wainwright & Hammerlock

Summary: It's time for the wedding you've all been waiting for in Guns, Love and Tentacles: The Marriage of Wainwright & Hammerlock

Love is in the air, so get ready for the wedding of the century as Wainwright Jacobs and Sir Alistair Hammerlock tie the knot in “Guns, Love and Tentacles: The Marriage of Wainwright & Hammerlock”, the second campaign add-on for “Borderlands 3”. Join the happy couple on a remote icy planet that’s teaming with unsolved mystery, giant monsters and more tentacles than an octopus on heat as this heartfelt adventure unfolds.

Tucked away on the remote and wilderness, snow covered Xylourgos, we join Borderlands’ most adored couple, Wainwright Jacobs and Sir Alistair Hammerlock, as the preparations for their magical day are well underway. As one of the few (invited) guess to actually turn up for the wedding, it is up to you to save the day once more because if there’s one thing we all know about Borderlands, it’s that nothing ever goes to plan! 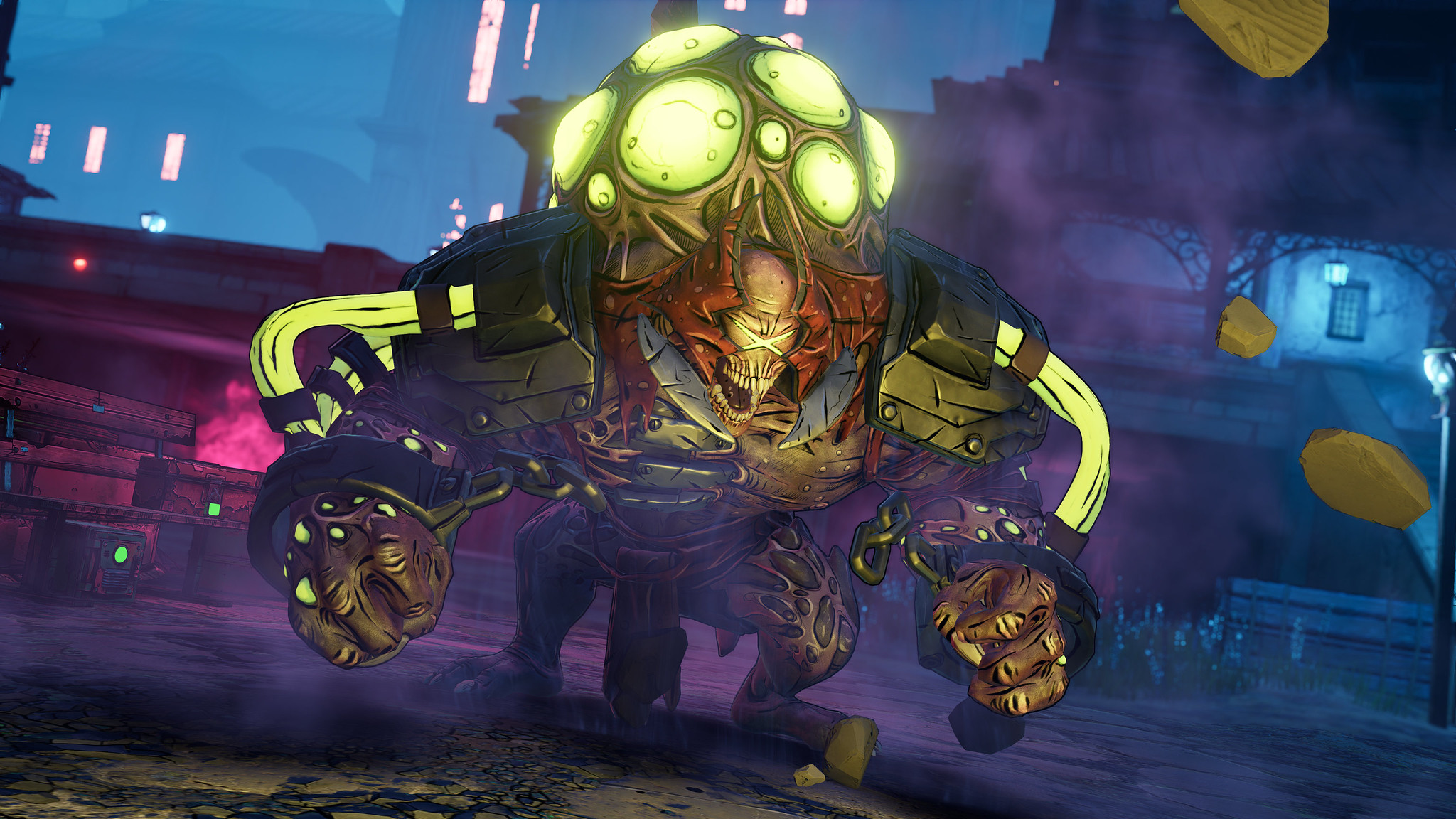 Aiding you on your romantic endeavour as well as making her reappearance and Borderlands 3 debut, is Borderlands 2 DLC Vault Hunter Gaige and her robotic companion, Deathtrap. Now a registered wedding planner, Gaige has put an enormous amount of time and effort into finding the perfect wedding venue. Nestled in the shadow of an enormous mountain-sized tentacle monster is the lovely township of Cursehaven. It’s a quiet little place, away from the hustle and bustle of the city where everyone is either mad, cursed, possessed or a member of the local tentacle cult. It’s a shame they never mentioned this on the brochure but then again, the name should have been enough of a warning. “Guns, Love and Tentacles” takes players on an unforgettable adventure as you discover just how far some people will go for the ones they love. With the local cult conducting an ancient ritual, all eyes fall upon the grooms as dark forces seek to possess a new host vessel for their fallen lord.

Compared to numerous DLC across the Borderlands series, “Guns, Love and Tentacles” is easily one of the best to date so far thanks to its historical characters, captivating plot and attention to detail. I personally believe that the whole development team have really come together and taken their time to create something that utilises everything that Borderlands has to offer whilst still making it a vital part of the Borderlands universe. I’m particularly impressed with the high level of attention to detail that has been given to the local Cursehaven townsfolk. Each villager has been inflicted with their own unique curses, and as such, they have all been given their own unique dialogue and animations. This really brings the town to life and gives it much more depth as a unique destination within the game. Most other games would simply populate their locations with generic NPCs that all have the same dialogue lines, such as taking arrows to the knee, yet this bit of detail had me laughing at every turn and wanting to spend more time talking to the locals than fighting monsters. I’d also like to give a special mention and praise to whoever it was that came up with tentacle in the toilet gag. 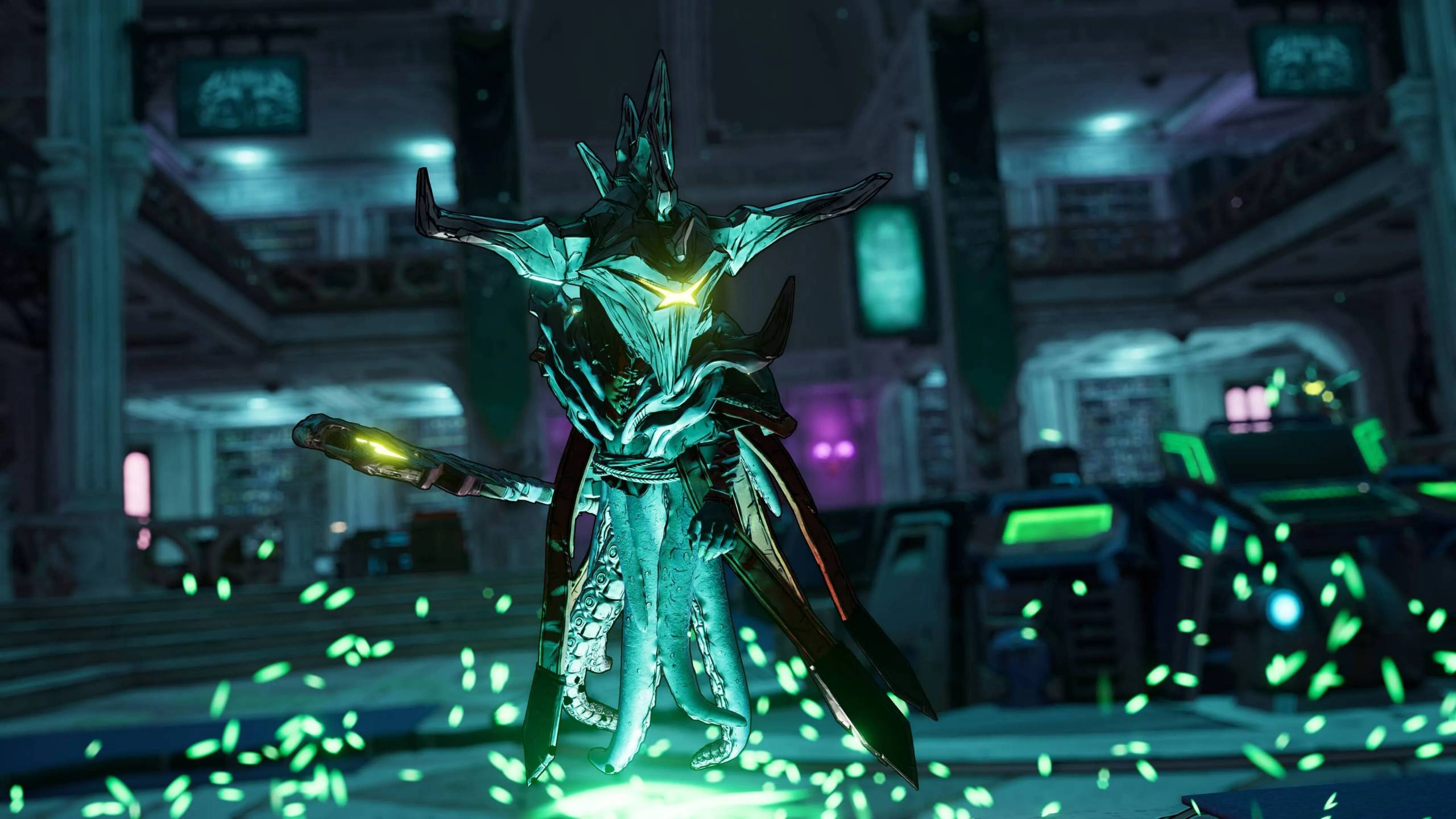 If toilet humour isn’t your thing, then perhaps the butt load of guns on offer might be of interest. During my playthrough of the previous Borderlands 3 DLC, “The Handsome Jackpot”, I was impressed with the amount of cash up for grabs. I am now able to say that whatever loot you got out of that DLC, “Guns, Love and Tentacles” easily offers ten times the amount in the form of legendary and epic loot. I was able to max out nearly all of my storage upgrades thanks to the sheer number of guns that I collected and sold. Even without selling the 40+ legendary items that I found and stored away in my bank, I was still raking in the cash faster than I could imagine. And the best part, the guns and equipment that are available in this DLC are unbelievably powerful. I’m particularly fond of the shotgun given as a quest reward towards the start of the DLC, called “The Cure”. Not only is it fast loading and high damage, but the tag line description reads “Vaccinations save lives. Sorry, no joke here! Just facts”. Only Borderlands could make something so lethal yet still have a dig at real life problems, like those who oppose gay marriage.

The icy planet of Xylourgos is not without its many diverse creatures and lifeforms that all want to kill you. The development team have created a wide range of brand new and original things to shoot that are exclusive to this DLC. Among the many creatures you’ll face are the wolf-like Wolven that swallow your grenades, giant lurking abominations, flying tentacle warlocks and the cultists called the Bonded with their ability to raise the souls of the dead. All round, the diversity of these foes is really well thought out and even their pack-like attack patterns are something to be marvelled at. No encounter nor boss fight comes across as boring or tedious. The boss fights in particular are challenging but still a lot of fun for both solo and team players. Winning a fight always feels rewarding and there is usually some really good loot to be found. 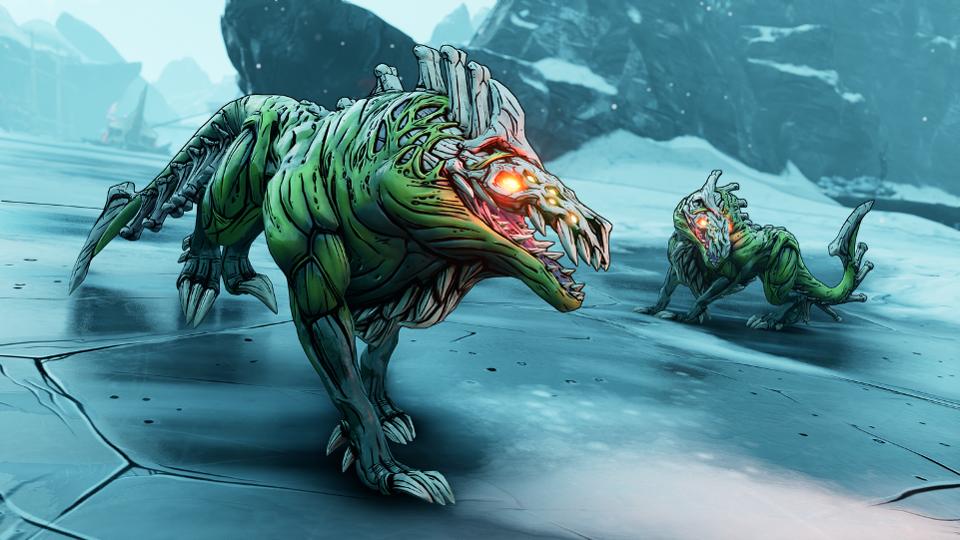 “Borderlands 3, Guns, Love and Tentacles: The Marriage of Wainwright & Hammerlock” is by far one of the best DLCs in the franchise’s history and takes its place near the top alongside the “Borderlands 2 DLC: Tiny Tina’s Assault on Dragon Keep”. The compelling storyline is written perfectly and fits incredibly well into the extensive Borderlands lore, adding further depth to its beloved characters. The new planet is full of challenges that utilise all aspects of the games core mechanics and thoroughly tests its players. The DLC offers an enormous amount of replay value purely on the level of enjoyment that can be had alone. I highly recommend this game to anyone who has played any of the Borderland games, unless of course you’re a closed-minded, homophobic anti-vaccinator!