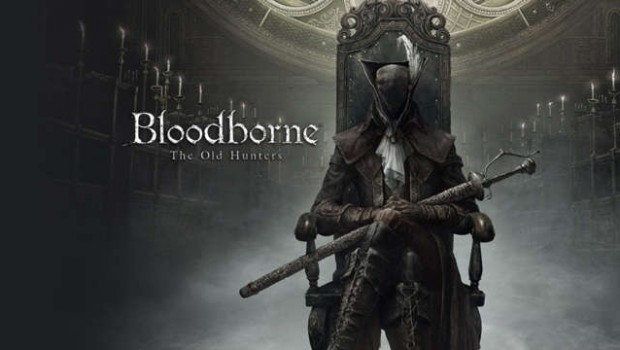 Summary: Offering 6-8 hours of fresh content, The Old Hunters exemplifies DLC that actually enriches the sources rather than simply milking fans with lacklustre skins and the like. 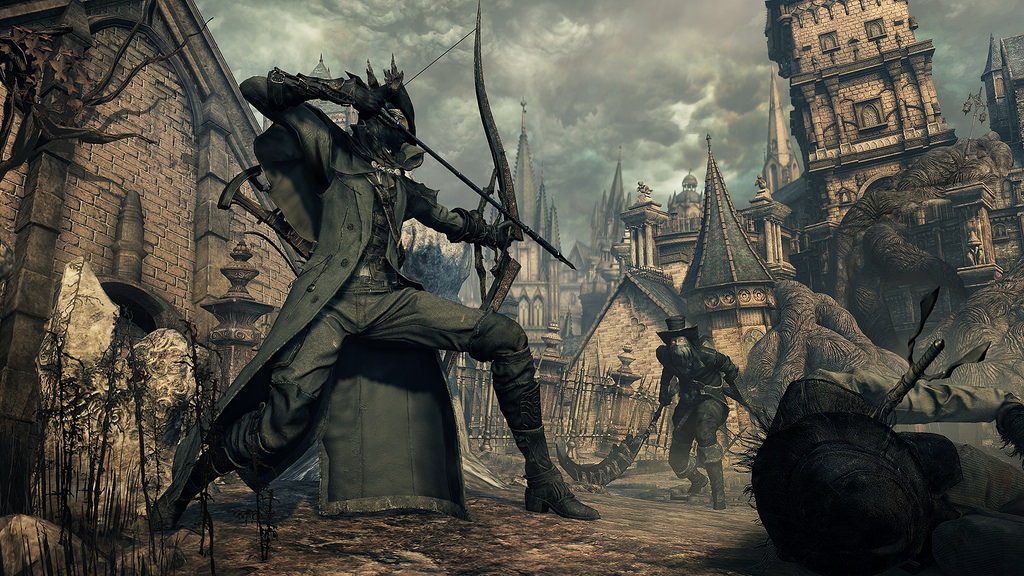 From Software have always been known for creating lengthy and engaging DLC for their games, with the ‘Lost Crowns’ trilogy for Dark Souls 2 and ‘Artorias of the Abyss’ for Dark Souls arguably being even better than the base games themselves, but with The Old Hunters, the latest add-on for Bloodborne, From have exceeded even the loftiest of expectations and delivered what could possibly be their finest effort yet.

As is to be expected, it’s also maddeningly difficult at times; From recommends that players don’t attempt to tackle The Old Hunters until they’re at least at level 65 or more, but I’d wager that most would struggle even then – I know I was having a rough time of it in places at around level 116, albeit on NG+. 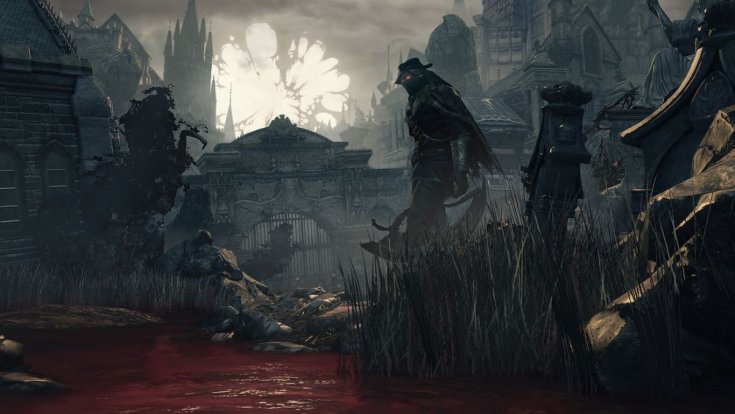 But that’s part of the game’s charm – The immensely satisfying feeling of finally downing a boss that had halted your progress or getting to the point where you can wade into areas and decimate creatures who, not fifteen minutes before, seemed like an almost insurmountable challenge. Bloodborne rewards patience and The Old Hunters is no different, giving players who may have moved on to other games a tangible and enticing reason to pick up their trick weapon and dive once more into the fray.

Firstly, The Old Hunters sheds some light on the characteristically rich and convoluted lore behind Bloodborne, although, as is usually the case with From’s games, players will have to pay particular attention to item details and the environment in order to piece the story together. Then there’s the new weapons and armour sets, over ten of the latter, that offer up new combat movesets and adds more viability to Arcane builds, something which was a bit of a bone of contention for some ‘Souls’fans who felt that Bloodborne was lacking in variety for character builds. 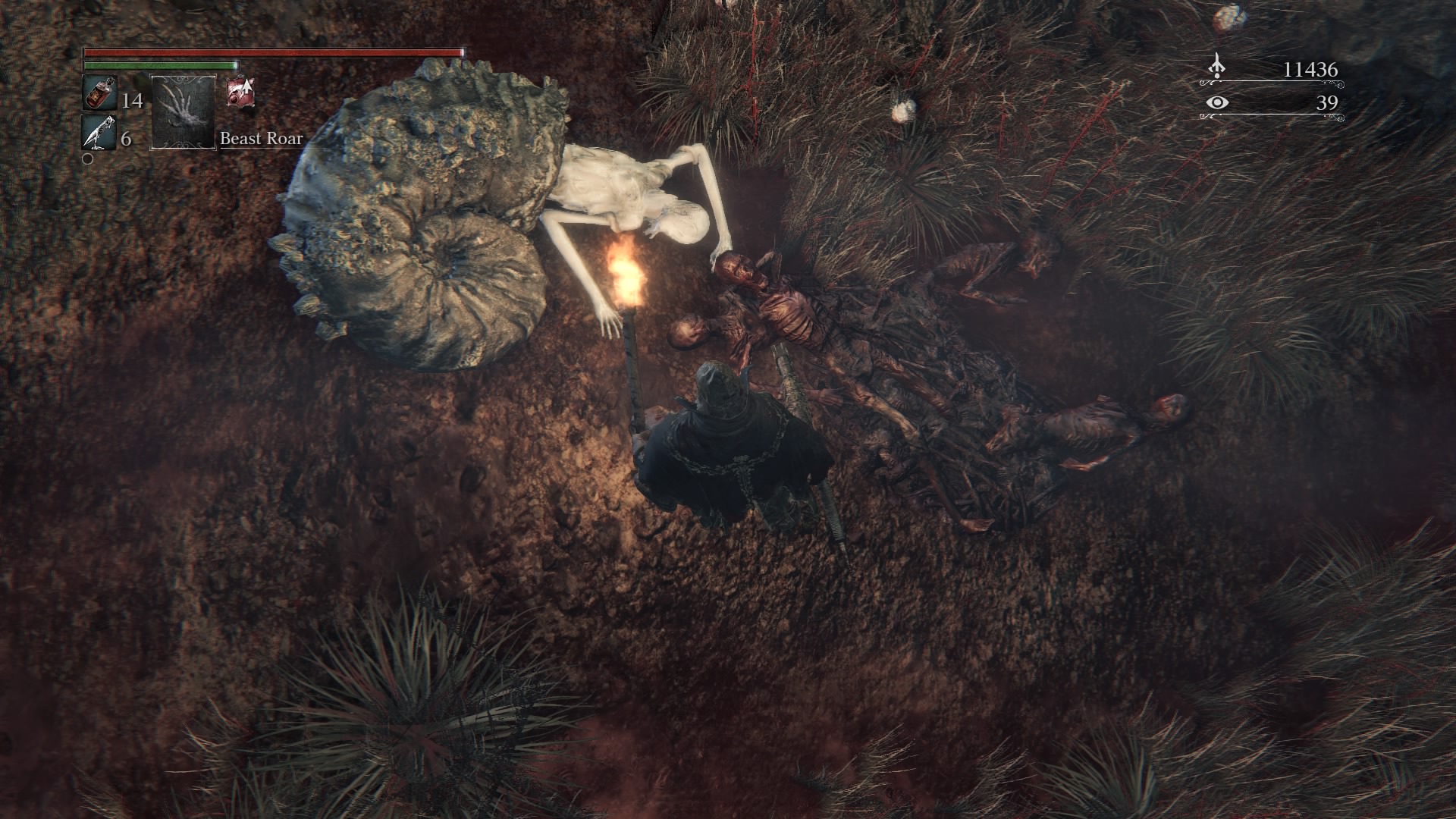 The Old Hunters takes place in The Hunter’s Nightmare, a twisted version of Yarnham where hunters are banished once they become drunk on the power afforded to them by the blood. As such you’ll encounter many of these damned souls as they wander the realm, forever participating in an endless hunt in order to keep their desires satiated.

Armed with trick weapons and just as skilled, if not more so, than yourself, these hunters can initially be quite the challenge to overcome but soon you’ll become as comfortable dispatching them as you are with more common enemies, such as the townsfolk in the base game’s opening area of Central Yarnham. 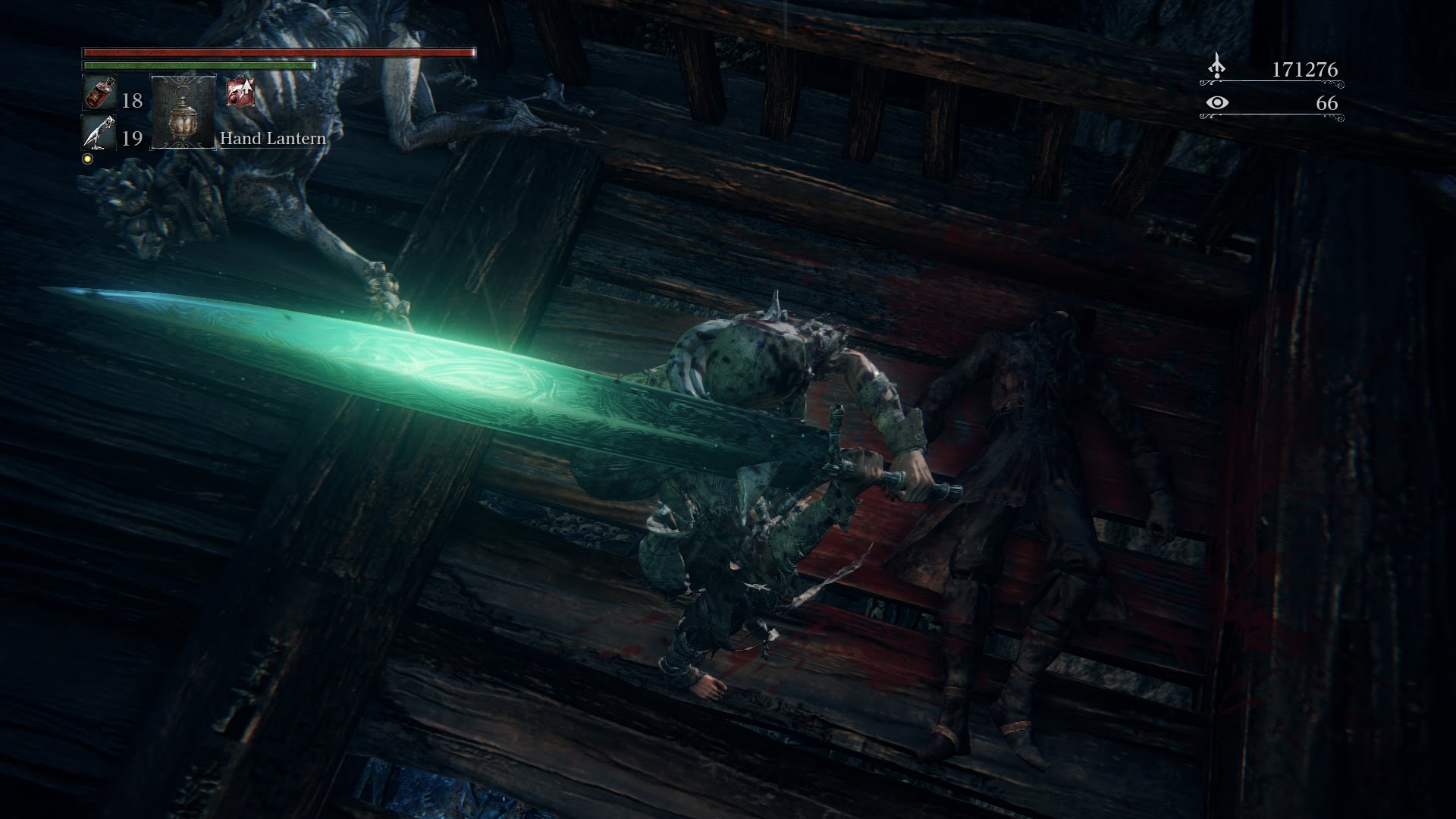 By the time you work your way through to the final of the three areas featured here, a decrepit fishing hamlet caked in barnacles, the hunters will be the least of your concerns, replaced by ever more challenging creatures such as giant sharkmen wielding anchors – Seriously, taking on two of them in a hidden well was one of the most intense and frustrating moments I’ve had in a game that’s fraught with them.

The consistent invasions from a hunter wearing the remains of the ClericBeast in this area meanwhile kept the threat of the titular antagonists fresh in my mind, catching me off guard and forcing me to literally fight for my life, as fatigued as I was from the horrors that I’d faced mere moments before. 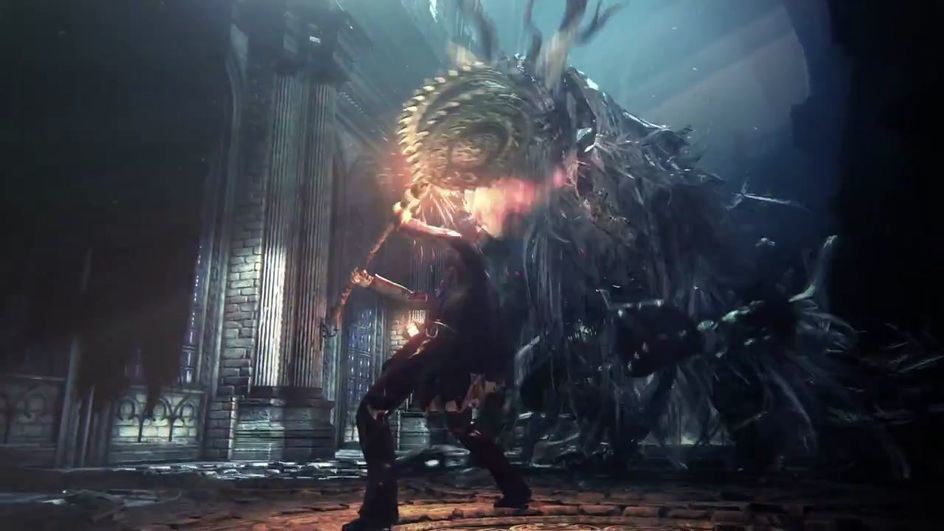 On paper, aside from the new items, there isn’t anything extra here that wasn’t in the main game, no major changes to gameplay mechanics or an awkwardly inserted turret sequence, for instance; instead it’s just more of that sublime Bloodborne gameplay that made the title one of my favourite titles of all time, and that’s definitely not a bad thing.

The boss battles here simply have to be experienced to be believed, especially your encounter with the legendary Ludwig. Revered as the greatest hunter of his time and reviled for succumbing to the temptations of the blood and the power it offer, there is an almost tragic sense of pathos that accompanies your clash against this fallen hero. The long awaited appearance of a From mainstay in this instance, one thought left out of the series completely, is also a welcome surprise and one that ties this standalone game even more to the mythos of the Souls games. 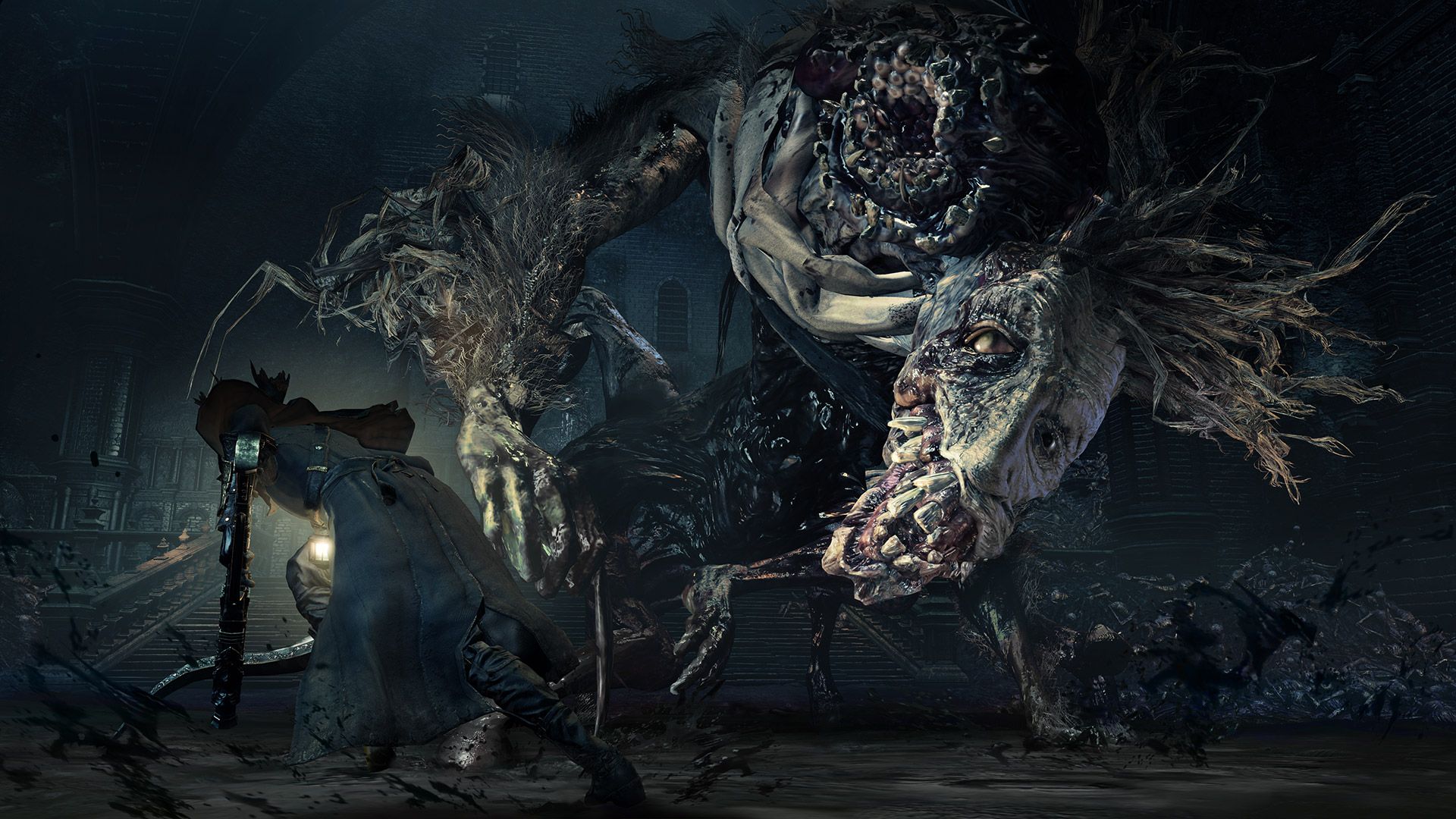 I wouldn’t want to ruin the specifics of the boss encounters, five in total if you include a fiery, secret prey, but rest assured that all except one feel fresh and unique even in a game lauded for the quality of its boss fights and even the less inventive one offers up a heck of a challenge to make up for her lack of visual spectacle.

The level design is intricately planned and it’s always a sense of relief when you stumble across a shortcut back to a lamp; the areas are littered with a host of traps (Damn those acid bookshelves!) and secret areas that offer up tantalising new weaponry and other accoutrements and loot whores will enjoy exploring every inch of these highly detailed environments in search of everything. 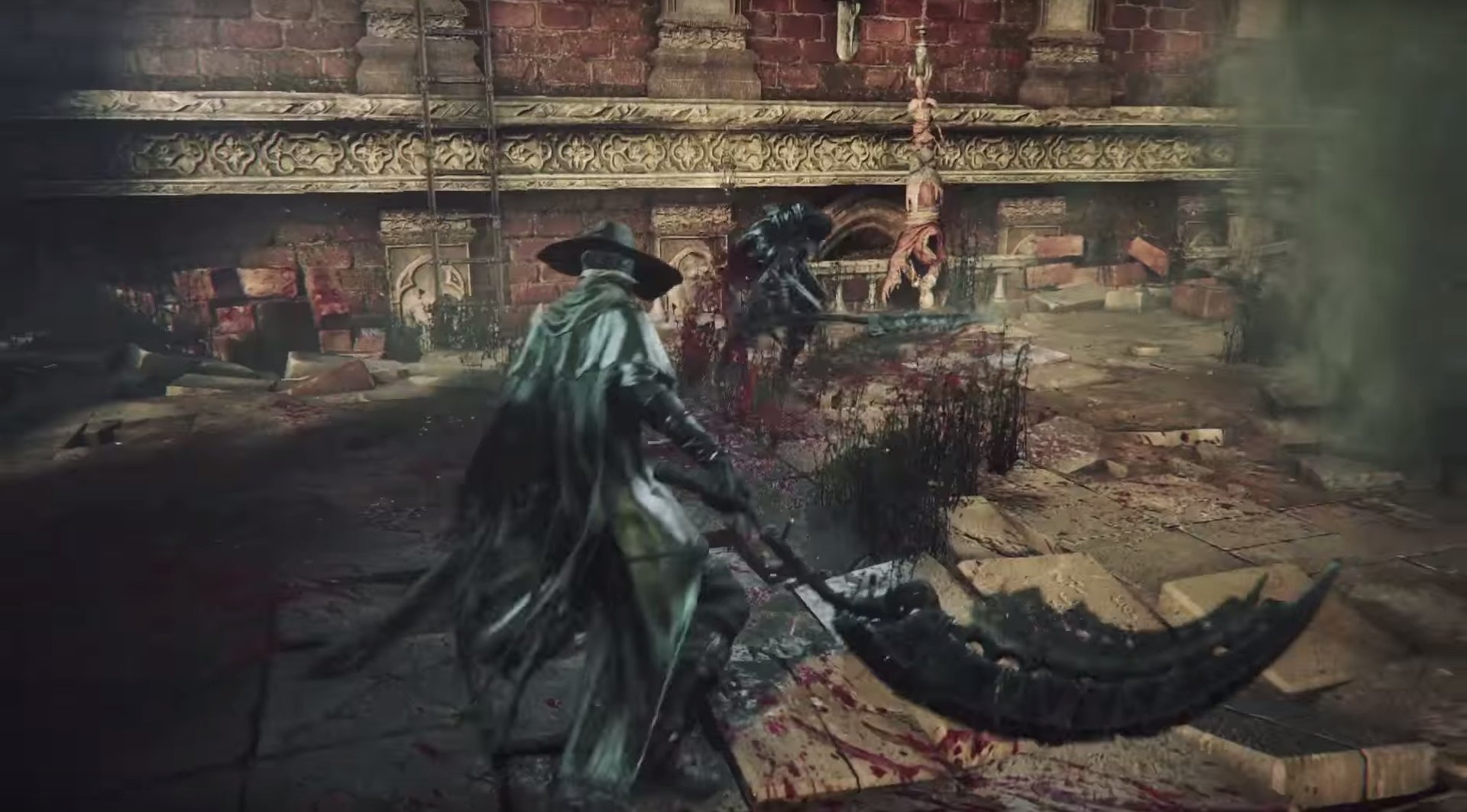 The Old Hunters effectively enriches what was already an astoundingly accomplished title, offering up a wealth of new challenges for returning players to overcome. Journeying through the environments and watching a battle between blood lusting Hunters and cowering beasts is an amazing sight to behold and the selection of new enemies rank up there with the game’s very best. Sure, some of the areas and enemies are reused from the base game but From have added enough of a spin upon them that they somehow feel fresh and new.

The addition of a new covenant in the base game gives players the opportunity to summon NPC characters to assist them during their journey (Although, sadly, as I haven’t yet reached the Forbidden Woods during my NG+ playthrough, I didn’t have the chance to utilise them) and the PvP component is still a nerve wracking battle of skill between yourself and a sneaky invading force. 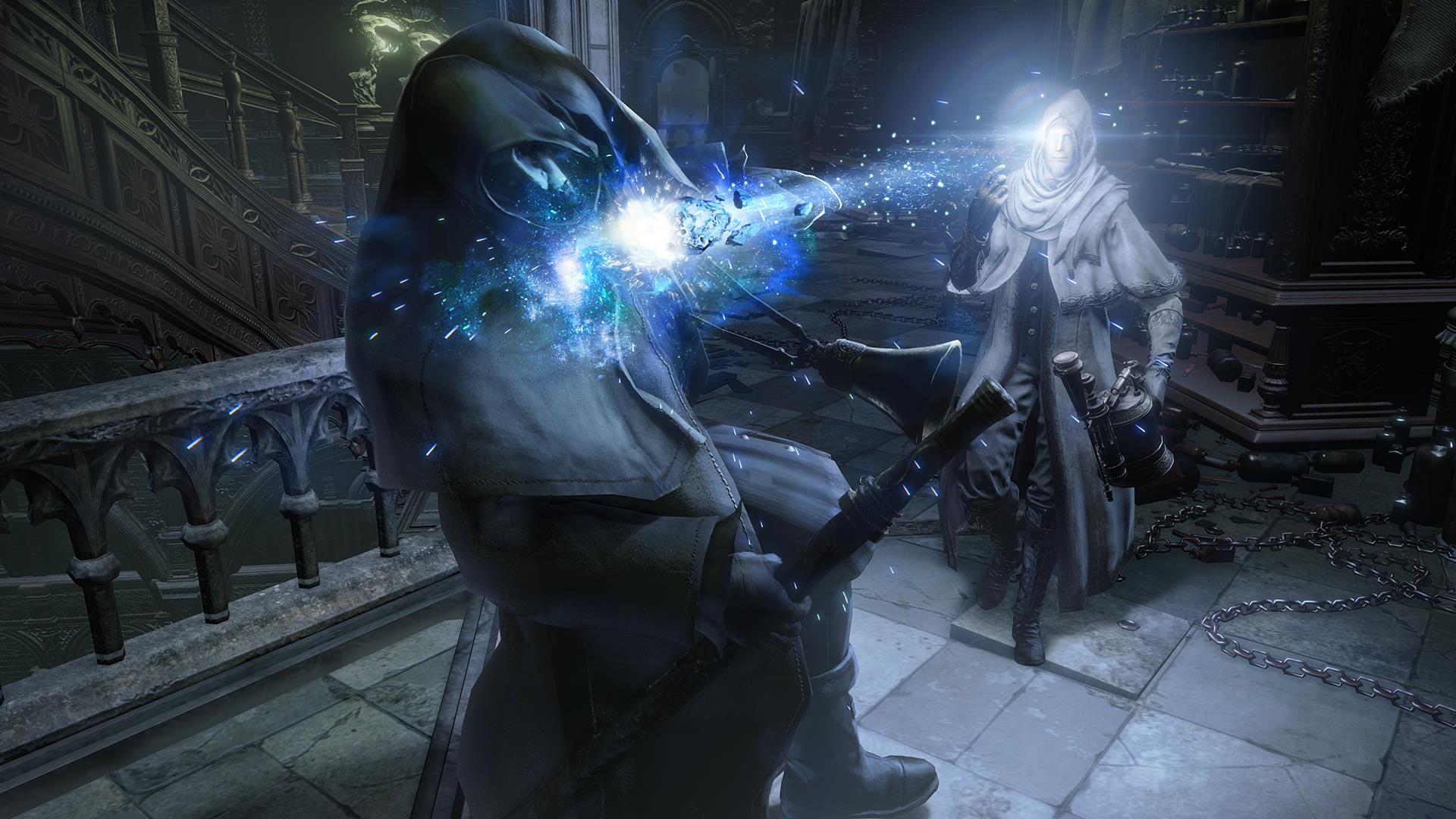 Apparently the only planned DLC for the game, it’s reassuring to know that at least From Software has managed to close the door on the cosmic horrors that live beneath the city of Yharnam on a high note.

If you couldn’t get into Bloodborne at its release then this expansion won’t change your feelings about the game in the slightest, but for the rest of us, it’s time to let the good blood once again guide our way. 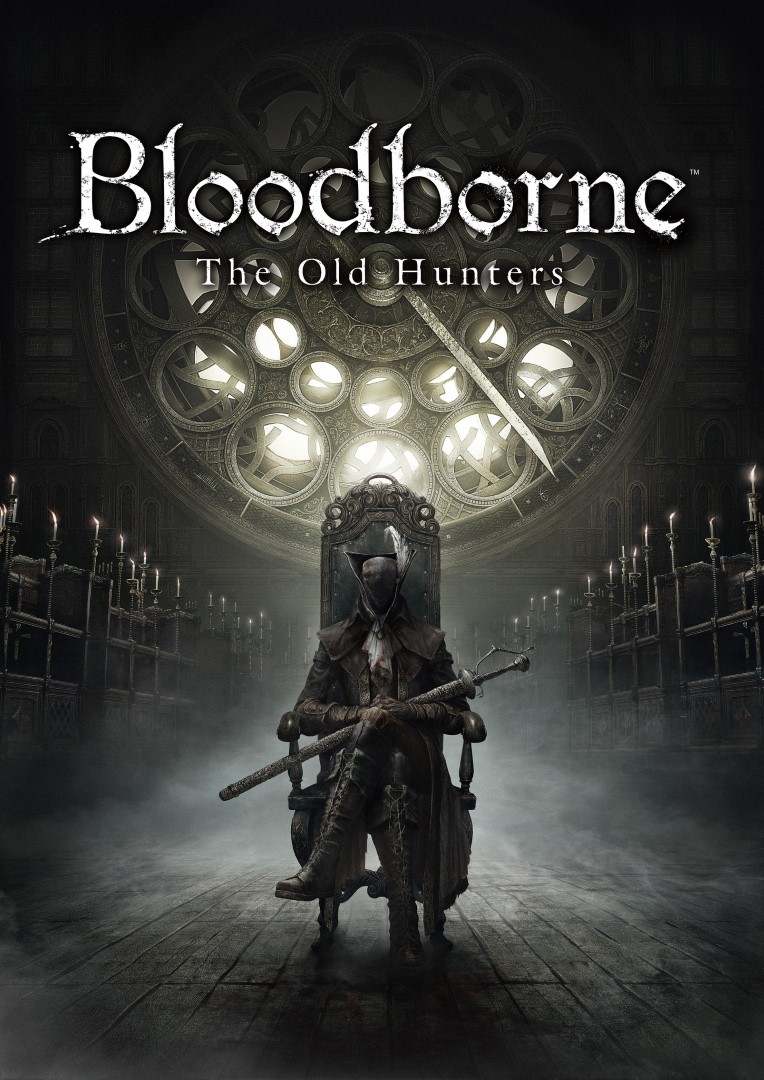