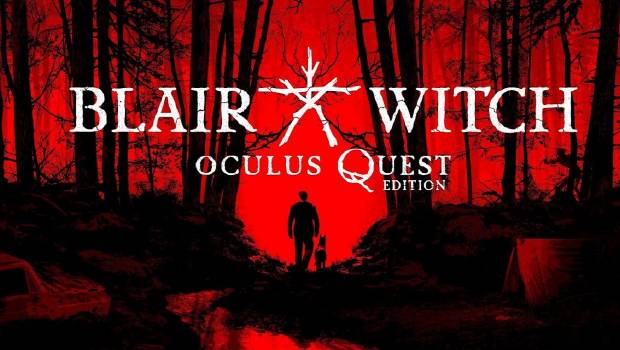 Summary: Despite good intentions, Blair Witch for the Oculus fails to properly deliver.

Lost in the Woods

If ever there a game deserving of a participation trophy, Bloober Team’s Blair Witch  for the Oculus Quest 2 is it. Kudos to Bloober for genuinely trying to re-imagine an already well received original in a virtual space. Sadly, the reimagining – while well intentioned – falls quite short due to programming and hardware limitations.

Simplifying the plot (as it literally stays exactly the same as its earlier PC/console brethren), ‘Ellis’– a former police officer stricken with PTSD – joins the 1996 hunt for a missing young boy (‘Peter’) in Maryland’s Black Hills Forest. Ellis is joined by his faithful doggie sidekick, ‘Bullet,’ an invaluable ally in this hunt.

Being a Blair Witch tale, expect lots of spookiness, totems, and things that go bump in the night. The VR version employs a clever use of a tape-based camcorder to jump between worlds, likewise an old school (love the Nokia feel) phone to add to the creepy factor. Both use time (with camcorder footage allowing objects to dis/appear in Ellis’ world, text messages from the seeming aether) so damn well.

The biggest VR addition is having a virtual Bullet…who guides Ellis across the sprawling Black Hills forest…and he can both petted and given treats. (Not sure why these latter two points are so exciting to the masses, but that’s just me.) If Bullet wanders too far, for too long from Ellis, very well-presented PTSD symptoms kick in. (A fair warning to the Impulse Gamer family who suffers from this disorder [to approach this title with caution].) 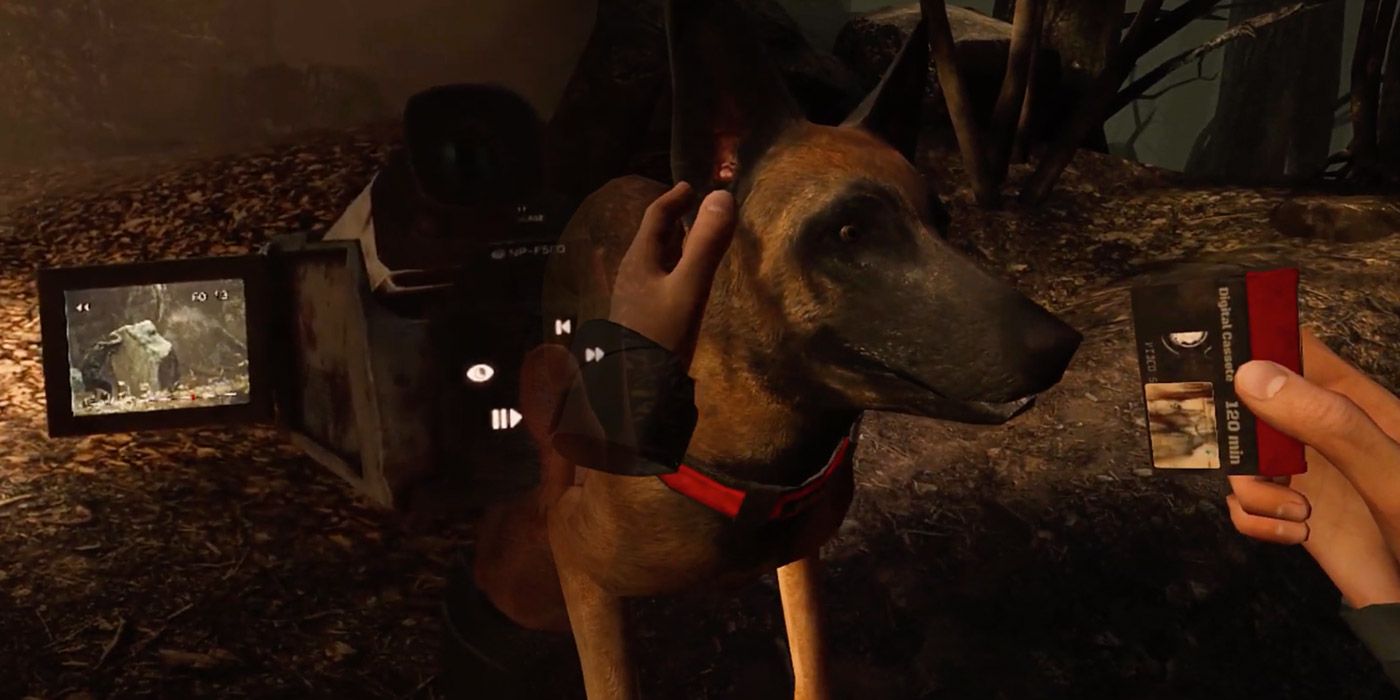 Related and being VR, Burkittsville’s Black Hills Forest is now uber creepy being in true 360 degrees. An omnipresent sense of chaos and confusion is presented well, backed by absolutely incredible sound effects and audio of ambient wildlife, ghosties and environmental factors. This VR version likewise features binaural audio for those with solid headphones. This is a helpful feature if trying to quickly and precisely locate Bullet or bad guy location.

Execution of the above is sadly a different tune entirely. It’s hard to discern what a Quest 2 or programming limitation, but the marriage that is Blair Witch on the Quest simply doesn’t work all that well. To begin, graphics are poor and inconsistent, with textures and text so muddy to invoke headaches and/or constant headset adjustments. Second, there’s an option to use teleport versus free movement, but the former either fails to execute (indicated by a red, no go) or is so limited in movement (i.e. poor length, angle, fluidity) that everything feels disjointed. Third – and while VR – so much of Blair Witch cannot be interacted with, even more so using the teleport function while seated.

Last, Bullet can be maddeningly frustrating in either wandering away (requiring calling him back over and over again) or circling around Ellis aimlessly making it hard to find him. As the game so reliant on following Bullet’s cues (and subsequent use of flashlight direction to survive), this is a terrible no-no. As Bullet literally advances the game by his actions, he is sadly a hindrance at the worst times. Expect to throw your hands up waiting for Bullet to do something to trigger the next plot advancement. 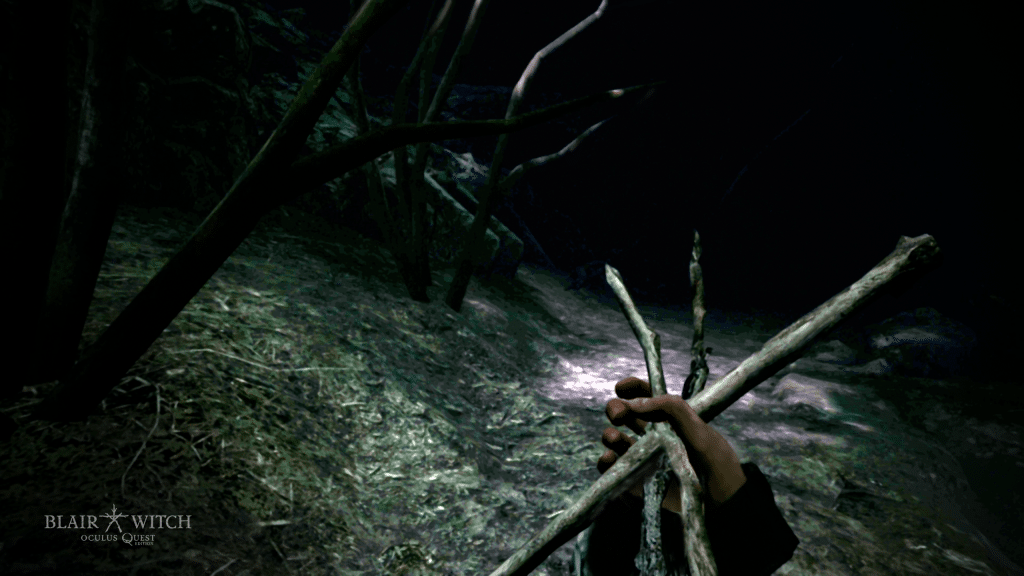 All of this is so disappointing as there so many cool parts to this Blair Witch story beyond its VR-centric elements. The plot is a terrific homage to a great intellectual property, and the game magnificently captures a late 1990’s feel to perfection (in usable tech, menus, dialog, etc.). Thus – and despite all of its foibles – I fought uphill as the game packs so much potential. But there’s only so many headset adjustments, battles with the right analog stick, or waiting on Bullet one can take in large doses. Ironically enough, this version left me wanting to play the original. Meaning, it’s clearly a good game, but this not the right method of delivery.

I offer the above, however, with some deserved blame directed at the Quest 2 headset. I’m confident some of the problems above (especially in visual presentation) could be resolved with better processing capability. I tried using Sidequest to give it a performance boost kick in the pants, but all that did was sporadically improve the game’s text clarity.

This is the Faustian deal that is the Oculus Quest. So much playability and portability, but so little it can do without near-perfect programming to maximize the platform. Perhaps those with a Link cable tethered to a massively overpowered PC can achieve better results. But even this won’t improve Blair Witch’s shoddy VR-based movement and Bullet mechanics.

Blair Witch for the Quest is a good game at its core, but one which sadly took a turn for the worse in going virtual. Graphics, gameplay and execution shortcomings make the original version of the game a better option.